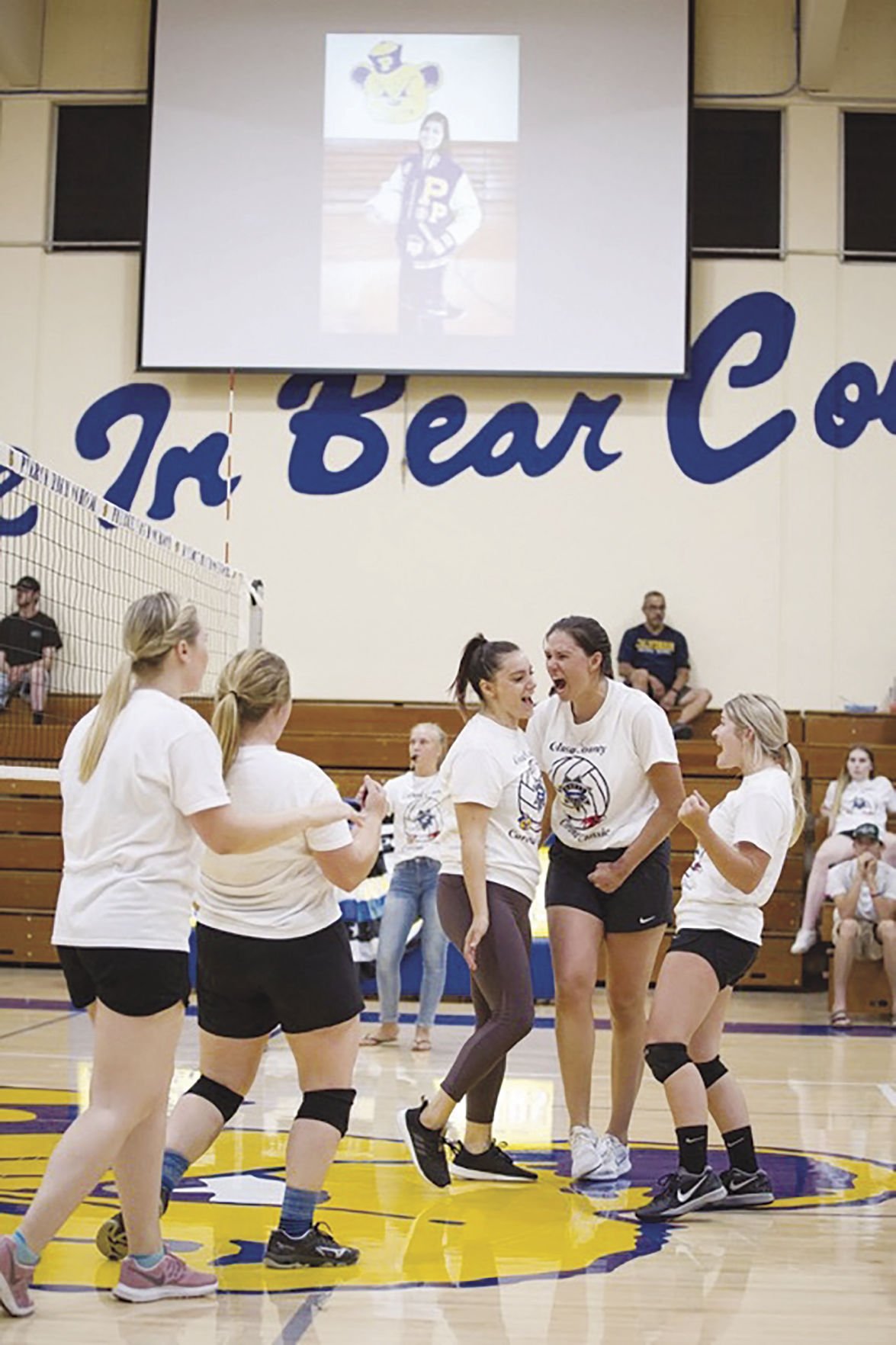 Pierce players celebrate a point at the Colusa County Corona Classic as a photo of Natalie Corona is shown on the screen above the court. 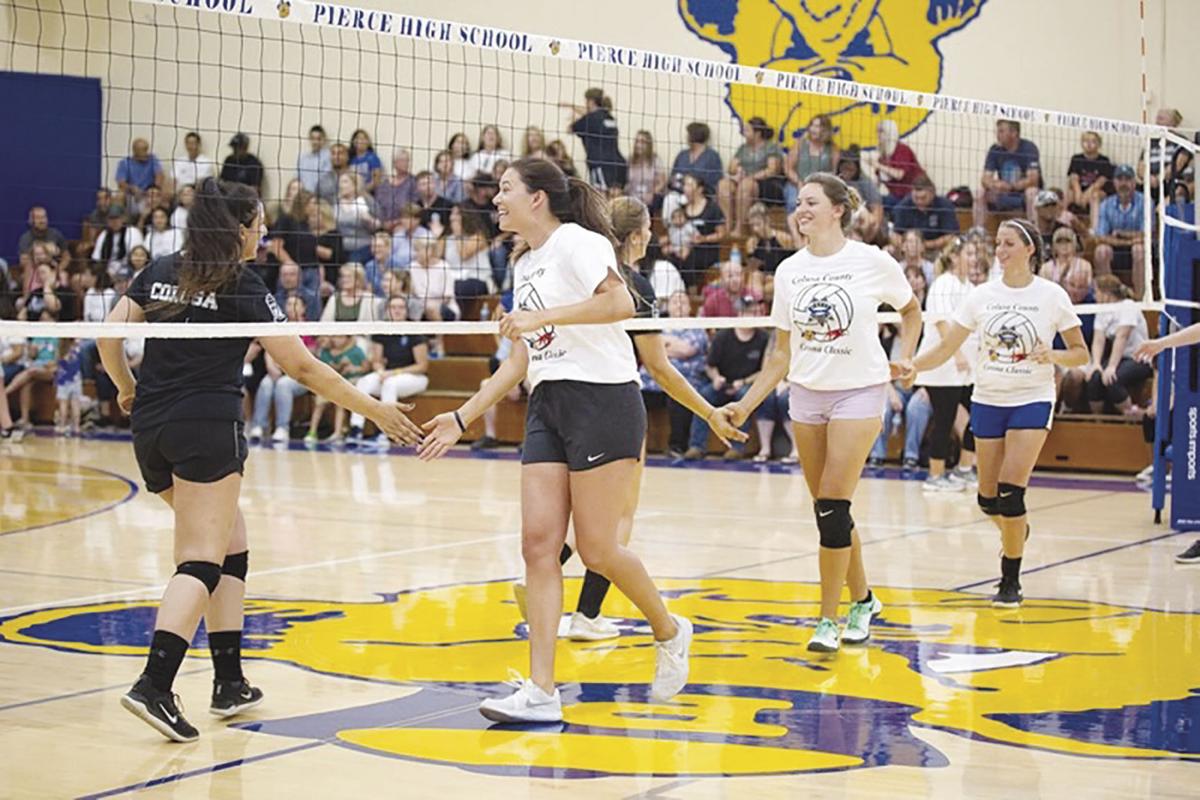 Players representing Pierce and Colusa high schools meet at the net prior to the first set at the Colusa County Corona Classic alumni volleyball game. 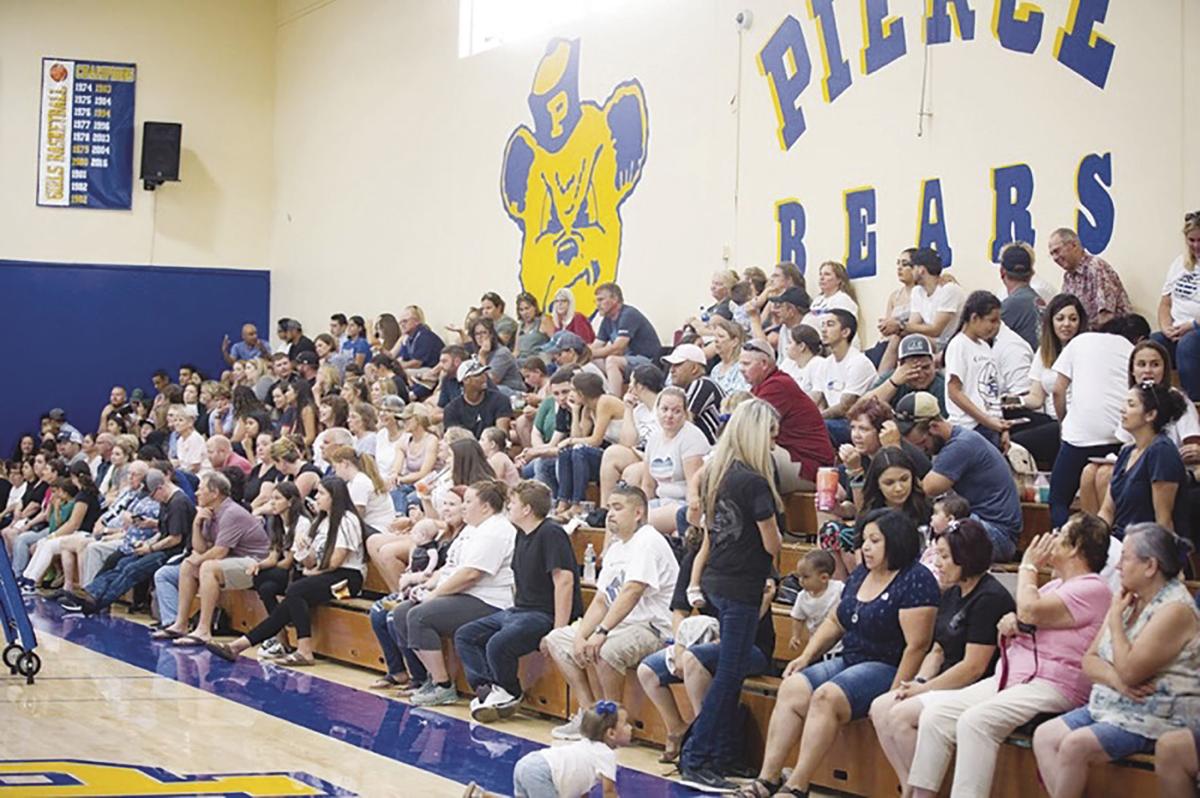 Pierce players celebrate a point at the Colusa County Corona Classic as a photo of Natalie Corona is shown on the screen above the court.

Players representing Pierce and Colusa high schools meet at the net prior to the first set at the Colusa County Corona Classic alumni volleyball game.

In the 1500s, the British poet Edmund Spenser wrote a verse which includes the line, “Her angel’s face, as the great eye of heaven shined bright and made sunshine in a shady place,” and while it’s not often that such words make their way onto the sport’s page, when describing Natalie Corona, the effervescent former Davis police officer and Pierce Bear whose life was abruptly cut short, they somehow seem fitting.

For it is precisely the light described in the poem, and which Corona brought forth, that was celebrated last Saturday night in Arbuckle at the first annual Colusa County Corona Classic alumni volleyball game between the Bears and their rivals, the Colusa RedHawks.

By all accounts the event was a spectacular success accomplishing the goal that Pierce coach Kim Travis set when she and Colusa coach Tina Lyons came up with the idea to fundraise for two scholarships in Corona’s name to be awarded to one student athlete from Pierce and another from Colusa.

“I love Natalie and have such respect for the Corona Family that I wanted this to be perfect, and it turned out wonderfully. My parents and players, both past and present, along with Tina’s RedHawks really stepped up. Words can’t describe the happiness that filled the gym,” said Travis, the primary organizer of the entire affair and Corona’s former coach.

More than 300 spectators filled the stands and 51 players transcended rivalry in a fitting testament that expressed the goodwill Corona exemplified and that Lyons found particularly poignant.

“I was truly impressed with our community and the way the schools came together and worked hard for a common goal. It was an amazing tribute to an exceptional person and athlete,” Lyons said.

The evening began with a slide show featuring Corona during her time at Pierce and also included her former teammates, many of whom were in attendance to show love and respect for their fallen friend.

Two dessert auctions and raffle prizes added to the buoyant atmosphere and set the stage for the two volleyball matches.

Pierce took the “For Fun” match 2-1 from the RedHawks, then proceeded to prevail in the competitive match as well, this time by a 3-2 score.

Yet the results of the games are relatively insignificant, because this night was about memories and the continuation of Corona’s legacy as Travis affirmed when she summed up the evening saying, “It was a joyous occasion and exactly what we wanted, lots of smiles and kindness, just as Natalie would have wanted. I truly feel she was there, and she was proud of us.”

Look for the second rendition of this annual event to honor Corona’s memory to be held in the summer of 2020.