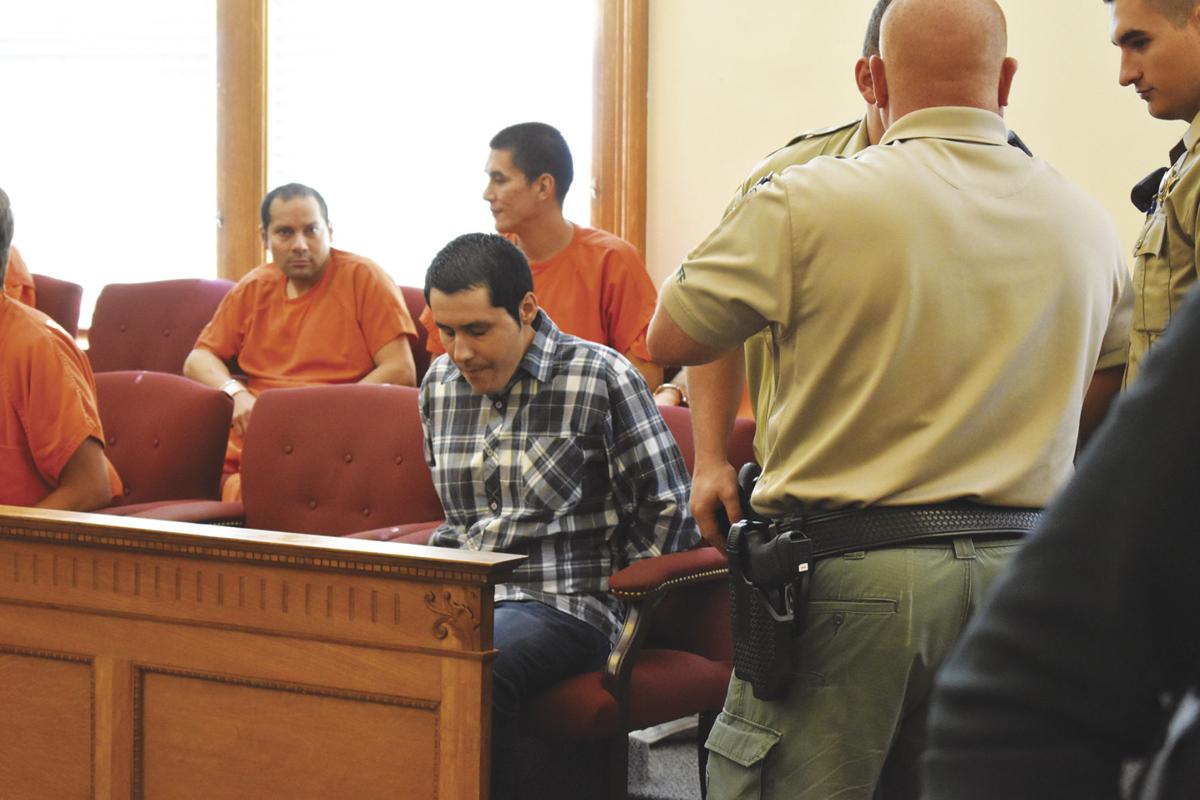 Ramon Barrera Jr. sits after being sentenced in Glenn County Superior Courthouse in Willows on Friday. 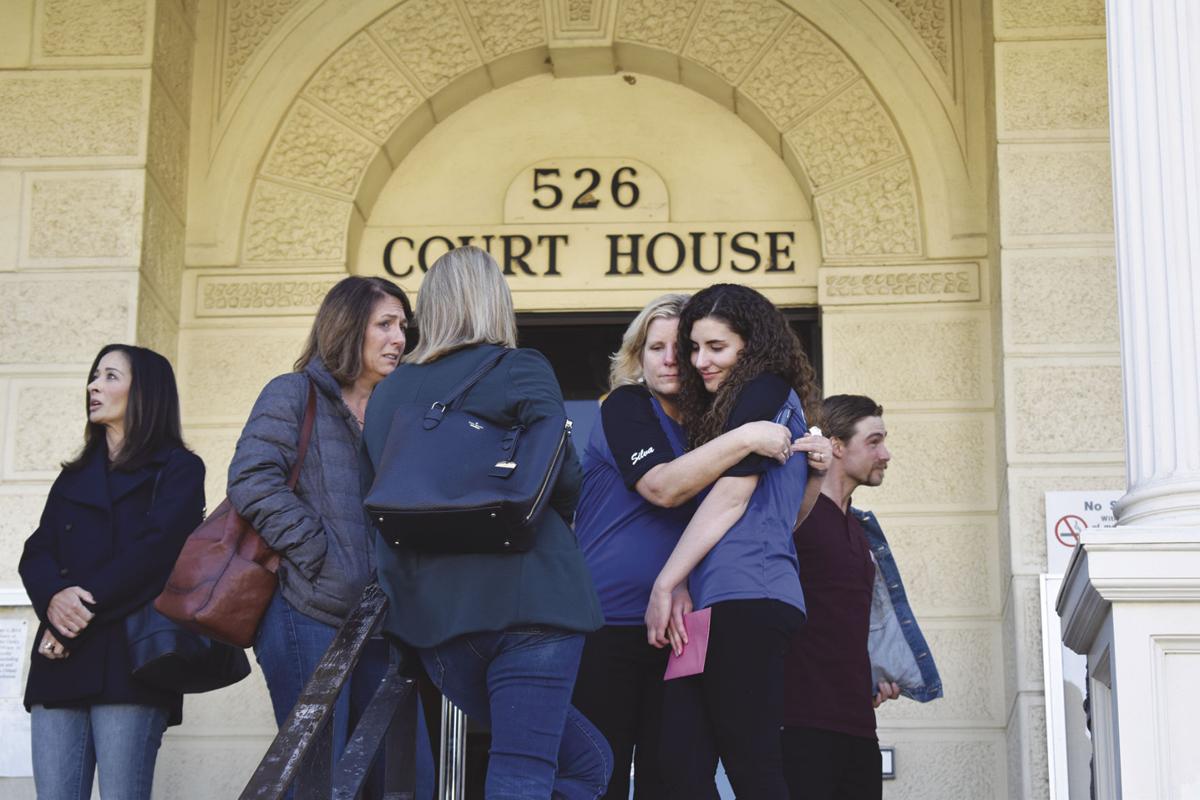 Lori Silva, left, hugs her daughter Isabella Silva outside of Glenn County Superior Courthouse in Willows on Friday after the sentencing of Ramon Barrera Jr.

Ramon Barrera Jr. sits after being sentenced in Glenn County Superior Courthouse in Willows on Friday.

Lori Silva, left, hugs her daughter Isabella Silva outside of Glenn County Superior Courthouse in Willows on Friday after the sentencing of Ramon Barrera Jr.

An Arbuckle man was sentenced Friday to six years in prison for the crash that killed Pleasant Valley High School teacher and coach and Orland resident Brett Silva.

It was alleged that Ramon Barrera Jr., now 27, of Arbuckle, on Jan. 22, 2017, was driving west on Highway 32 exceeding the speed limit and passing other vehicles when he hit the Toyota Camry driven by Silva head-on.

Silva was pronounced dead at the scene. Two of his children, Ian, 14 at the time, and Isabella, 16 at the time, were in the vehicle and suffered major injuries.

In Glenn County Superior Court, every seat was filled with people who were there in support of the Silva family, along with people standing in the back of the courtroom.

Isabella Silva, now 19, recalled the night of the crash when she addressed the court. She remembered the pain she felt and how scared she was. She said she would never forget that the first responders said “that there's no pulse” when they pulled her father from the vehicle.

“I was 16 years old when this happened and I wasn't ready to lose my dad,” she said. “I felt like I had just really started to bond with him when I went to (Pleasant Valley) and he was my teacher … He is actually one of the reasons I want to be a teacher and I hate that I don't get to tell him that.”

Lori Silva, Brett Silva's wife, spoke of the effect that Brett Silva's death had on their family and friends. She also said she hopes Barrera will use this as an opportunity to turn his life around.

“I really thought about what Brett would want to say and when it comes to it, what I think he would want to tell you, Ramon, is that you need to go to jail and you need to serve your sentence and I hope during that time that you really do something with yourself,” Lori Silva said. “... I think it would be his hope and it's my hope and our hope that you do something good with this because it's so horrible for us … I really hope that you will take this and turn your life around.”

Rick Silva, Brett Silva's younger brother, also read a statement by their father to the court.

“Justice would be to have Brett with us again,” Rick Silva said.

Defense Attorney David Nelson represented Barrera and gave a statement on behalf of Barrera before Barrera was given a chance to address the court.

“Barrera is not an evil person, he just used bad judgement,” Nelson said.

Barrera said he never meant for this to happen.

“I want everybody to know I didn't mean to do this,” Barrera said. “I feel for the Silva family everyday of my life.”

Glenn County Superior Court Judge Donald Byrd said he had considered letters he received from the family and community, the arguments from the counsel and the probation report.

The report, read by Byrd, said Barrera was “depressed” and was previously seeing a counselor but stopped. It also said he had a history of drug abuse and had continued using drugs – although he was released.

Byrd, before sentencing Barrera, said the incident could have been “easily avoided.”

“What was so important that somebody had to travel on Highway 32 at high rates of speed, tailgating, passing recklessly?” Byrd said. “... Why were you so selfish?”

He said it was also “disgusting” that Barrera said that the collision could have been avoided if the victim had his headlights on.

Glenn County District Attorney Dwayne Stewart addressed this earlier in the hearing and said it was daylight when the collision took place.

Barrera was picked up on an arrest warrant in January. On Sept. 12, Barrera pleaded guilty to vehicular manslaughter with gross negligence.

Byrd sentenced Barrera to six years in prison, the maximum sentence, to be followed by three years of probation.