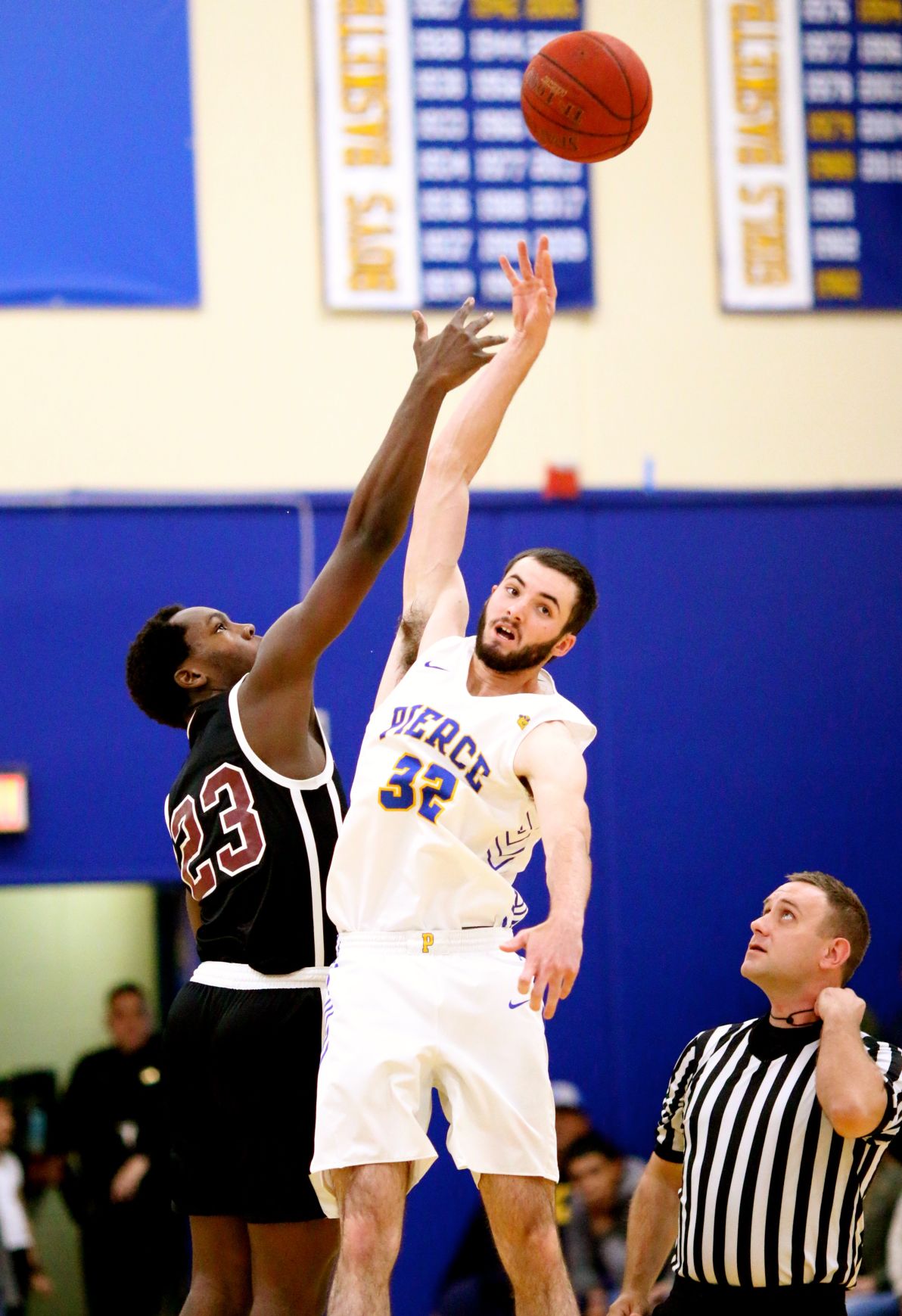 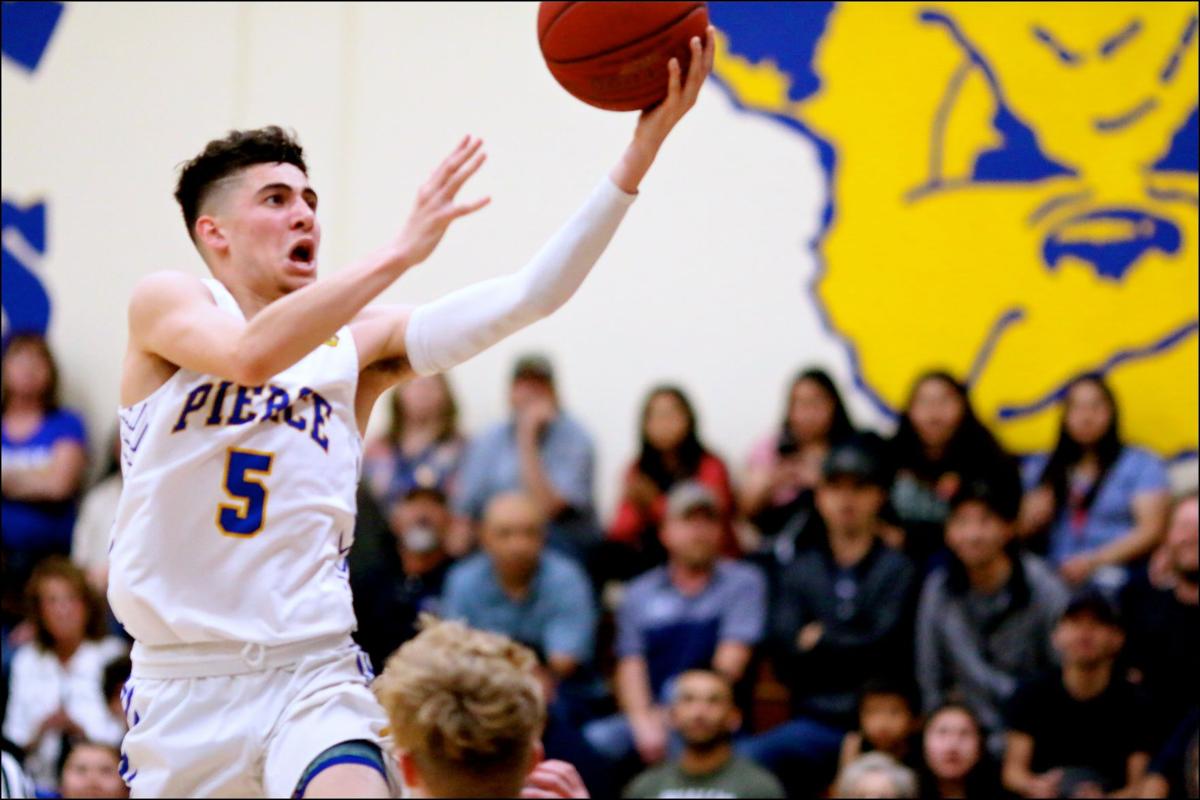 Pierce’s Daniel Medina lays in two of his 16 points in the Bears’ second round win over Calaveras in the CIF State Basketball Tournament.

Pierce’s Daniel Medina lays in two of his 16 points in the Bears’ second round win over Calaveras in the CIF State Basketball Tournament.

Not since the early 1990s has a Colusa County boys basketball team reached the regional finals of the CIF Division V Championship, but with a 54-50 come from behind victory on Saturday night over the No. 5 seed Eastside College Prep, the No. 1 Pierce Bears have done just that and now sit on the precipice of playing in the state final.

In facing the Central Coast Section Division V champions who hail from East Palo Alto, Pierce had to contend with the Panthers’ powerful inside game, which was no easy task as they found themselves down five at the end of the first quarter.

Switching to a 2-3 zone defense in the second period however proved to be effective in slowing down the Panthers, while on offense the Bears began to heat up after Daniel Medina scored six unanswered points.

Pierce, feeding off the momentum, was then able to cut the lead to 27-25 following a Luke Voorhees layup just four seconds before half.

After intermission, the Bears came out stronger defensively, led by junior Alex High who neutralized Panther big man Raymond Reece in the second half, and also made a key steal with 14 seconds left in the game.

In discussing the Bears’ defensive scheme, coach Cody McCullough said knowing that Reece was a force inside he had his team prepare to play zone, then after implementing it was more than satisfied with the results.

“Once we switched into zone, we were really able to prevent him (Reece) from catching the ball and also tire him out, which changed the game in our favor,” said McCullough.

On offense, Justin Mathews found the range, scoring 22 of his game-high 24 points in the second half.

The beneficiary of three trips to the line in the final minute, Mathews hit four straight free throws to ice the game, which had been tied at 50 with just 30 seconds remaining.

“Justin is truly an incredible athlete who is unguardable when he is into his rhythm. He continues to work harder, practice longer and focus on basketball more than any player I have ever been around. At half I encouraged him as did some of our players and he came out firing. I know how lethal he can be so I changed our offensive game plan to be based around his hot hand,” McCullough said.

Also playing pivotal roles in the win was Medina, who in addition to scoring 14 points also made a critical steal with just under a minute left and Voorhees who blocked a three point attempt by the Panthers in the game’s final seconds.

In the opening round, Pierce allowed Durham to hang around, but did just enough to secure the win after scoring six straight layups to blow open the game.

Mathews dropped a game high 18 points while Medina finished with 16 to set up last Thursday’s showdown with Calaveras.

Some clutch play down the stretch by Eduardo Paiz secured the win over the Redskins as the junior guard calmly hit two free throws then corralled a rebound at the other end to preserve the victory.

Medina turned in another 16 point performance, Mathews pitched in with 11 points and High contributed 10 points in the second round victory.

Pierce (26-4) hosted a familiar opponent in No. 3 San Domemico, a team they edged by two points back in December, on Tuesday night with the winner advancing to the state final at the Golden 1 Center at noon on March 13.