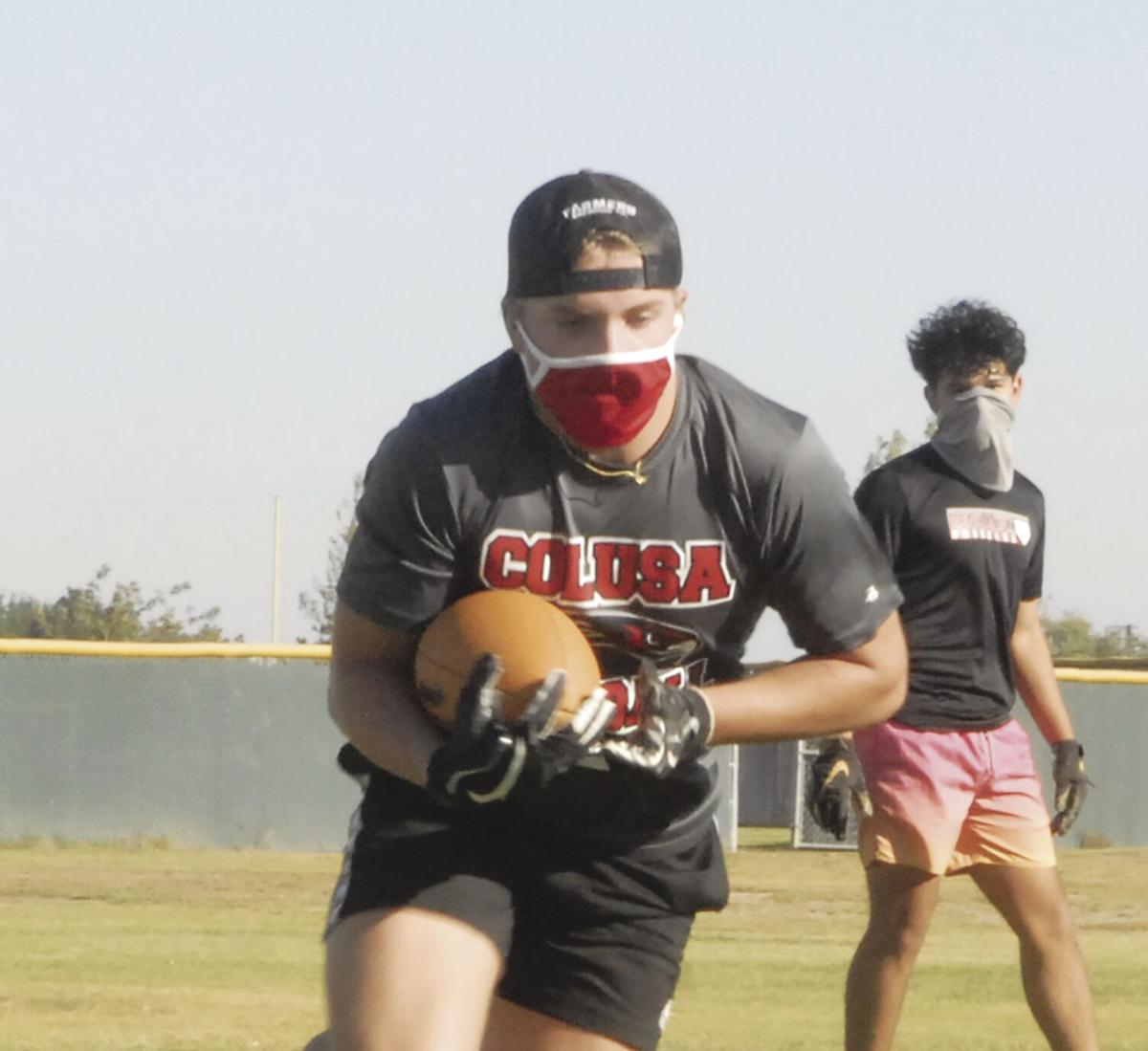 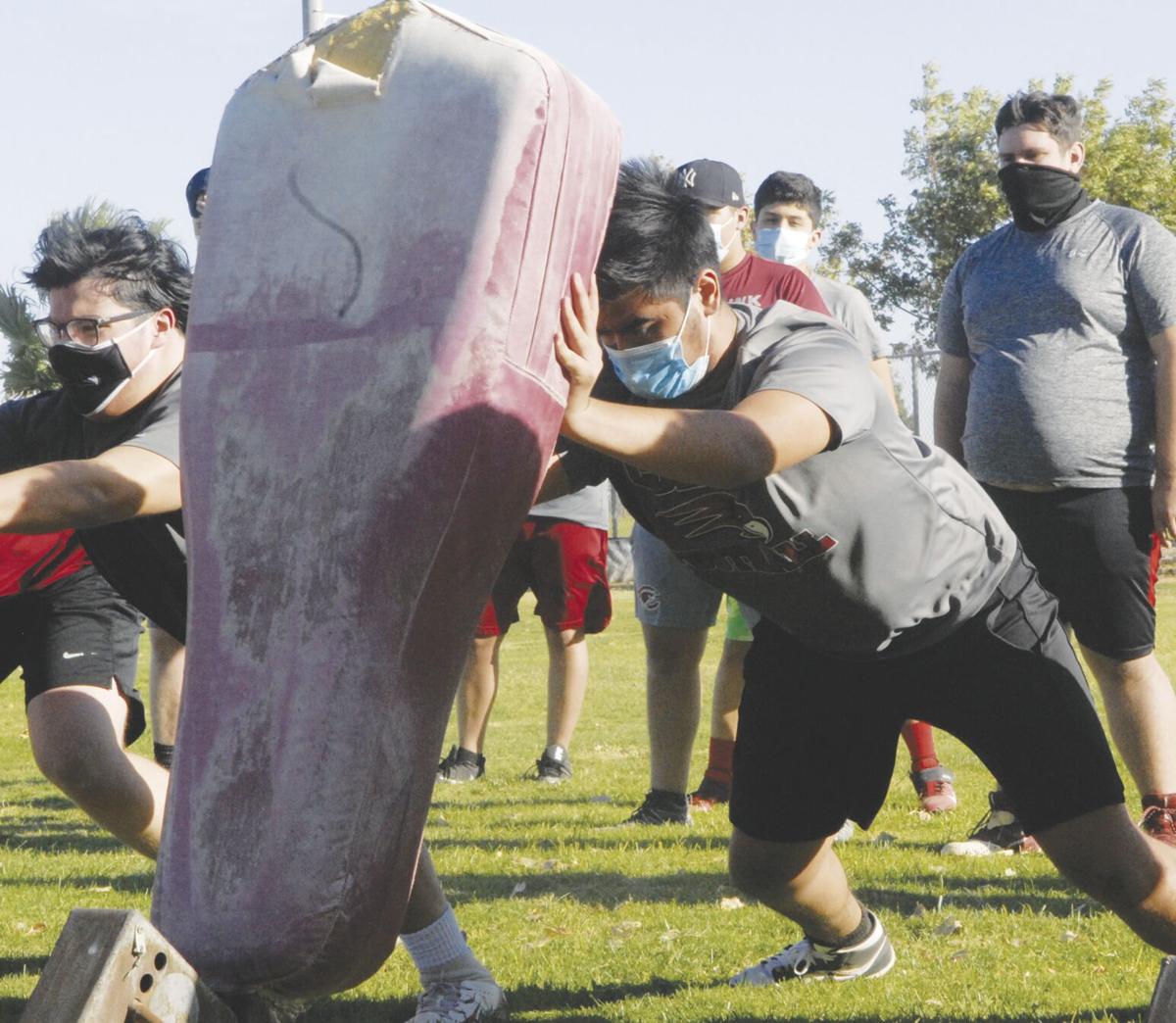 With the reopening of team sports training at Yuba-Sutter-Colusa high schools we’re looking to chronicle the return of sports in a pandemic. If you’re an athlete or coach making plans please reach out to Sports Editor Jeff Larson at jlarson@appealdemocrat.com.

With the reopening of team sports training at Yuba-Sutter-Colusa high schools, games will be back before we know it. To report scores, please send information to jlarson@appealdemocrat.com or call 749-6560.

With a lot of disinfectant at its disposal, the Colusa High football team returned to the field for two-day-a-week conditioning practices in preparation for a scheduled seven-game season beginning Jan. 8 at Pierce.

The modified regular season ends in February and is set up to include Northern Section playoffs only.

Colusa head coach Matthew Jessee related this week’s workouts to what the team would be doing in June or July under normal circumstances.

He said each day’s workout is extremely focused on sanitation and disinfecting each of the team’s stations, including the weight room, as a way to keep each of the players and coaching staff healthy and COVID free.

Also, Jessee said, it’s rare that footballs are shared among players during a pass-catching drill or any work with the offense.

“In between drills we’re really adamant about wiping (the ball) down. Most drills a player uses their own ball,” Jessee said.

It creates more work, Jessee said, but he is OK with it because he gets to see his team in-person rather than through a computer.

“The hardest thing was being away from the kids so long and going over Xs and Os and chalk talk,” he said. “All summer and most of the spring they’re used to being in training mode … Glad they can get back at it with their friends.”

The groups are small, with no more than 14 in one location. On Thursday, Colusa had a skills player workout where players could work on routes and pass catching. The other pod included the linemen, who were all masked and working on blocking drills.

During the blocking sled drill, Jessee had the disinfectant bottle ready to be used multiple times during the exercise.

“We’re wiping everything down and making sure all the surfaces are sanitized,” he said.

Adrian Perez, a senior center for Colusa, said he’d been working out throughout quarantine as a way to stay focused on the upcoming season.

Perez also wanted a distraction from the pandemic.

He said that there were times when he thought prep football in California might not happen this year, which would have been devastating.

The 2020 season-opener on Jan. 8 will be very satisfying, Perez said.

“Being out there for Friday night lights,” Perez said. “I was scared I wasn’t going to be able to do this.”

Perez said the pandemic and quarantine lifestyle remains very difficult to deal with. He has struggled along with many in his inner circle. He said a great way to combat COVID is to go fishing.

“Fishing is a great hobby I picked up, it’s really relaxing and you don’t need a lot of money,” he said. “You can socially distance, and it’s great alone time even if you don’t catch anything.”