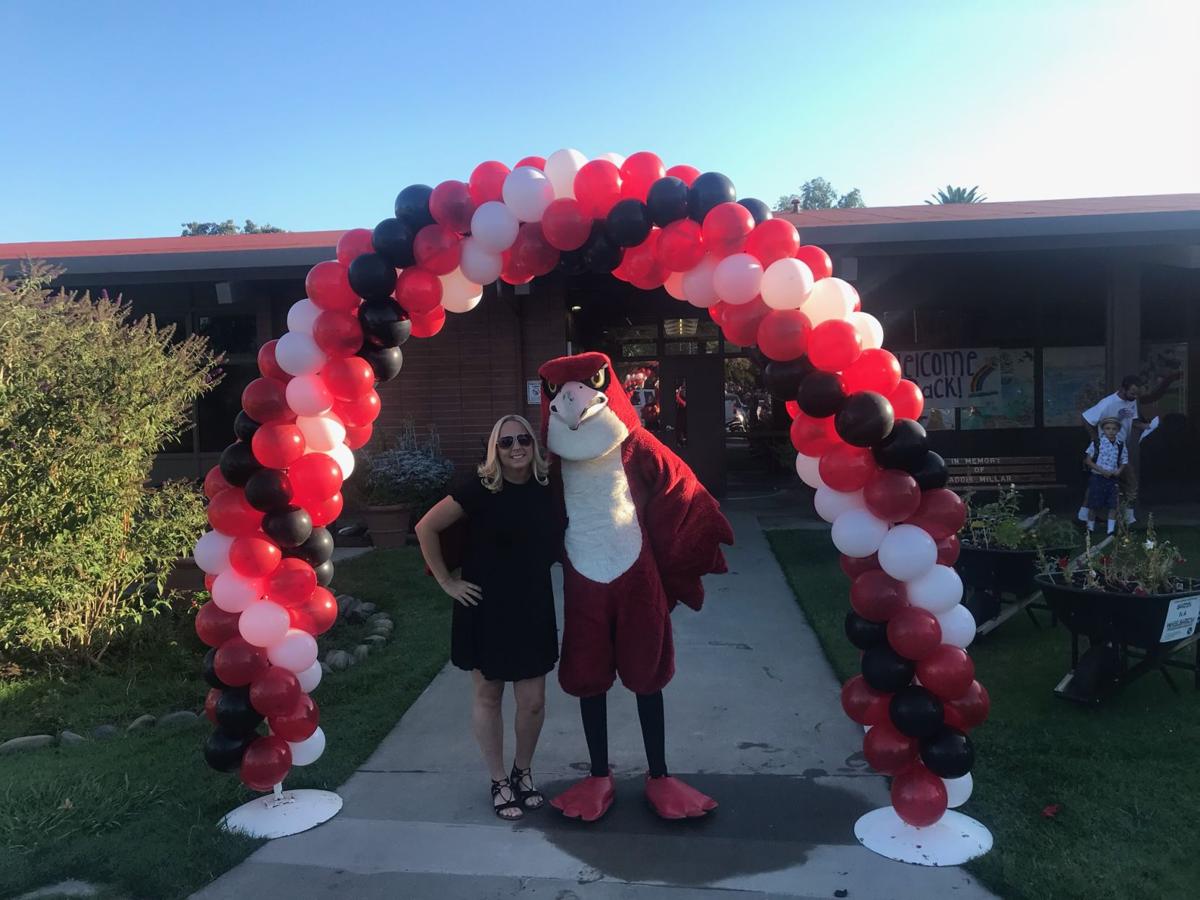 Burchfield Primary School Principal Rebecca Changus poses for a picture with the high school mascot Redhawk, who came to visit on the first of school. 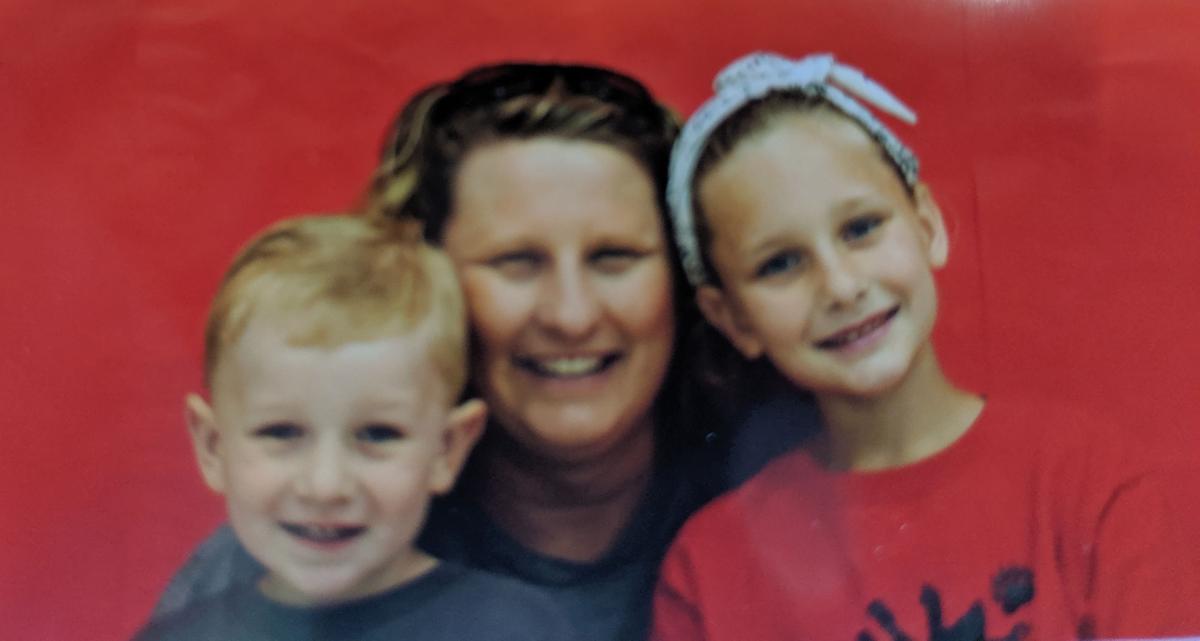 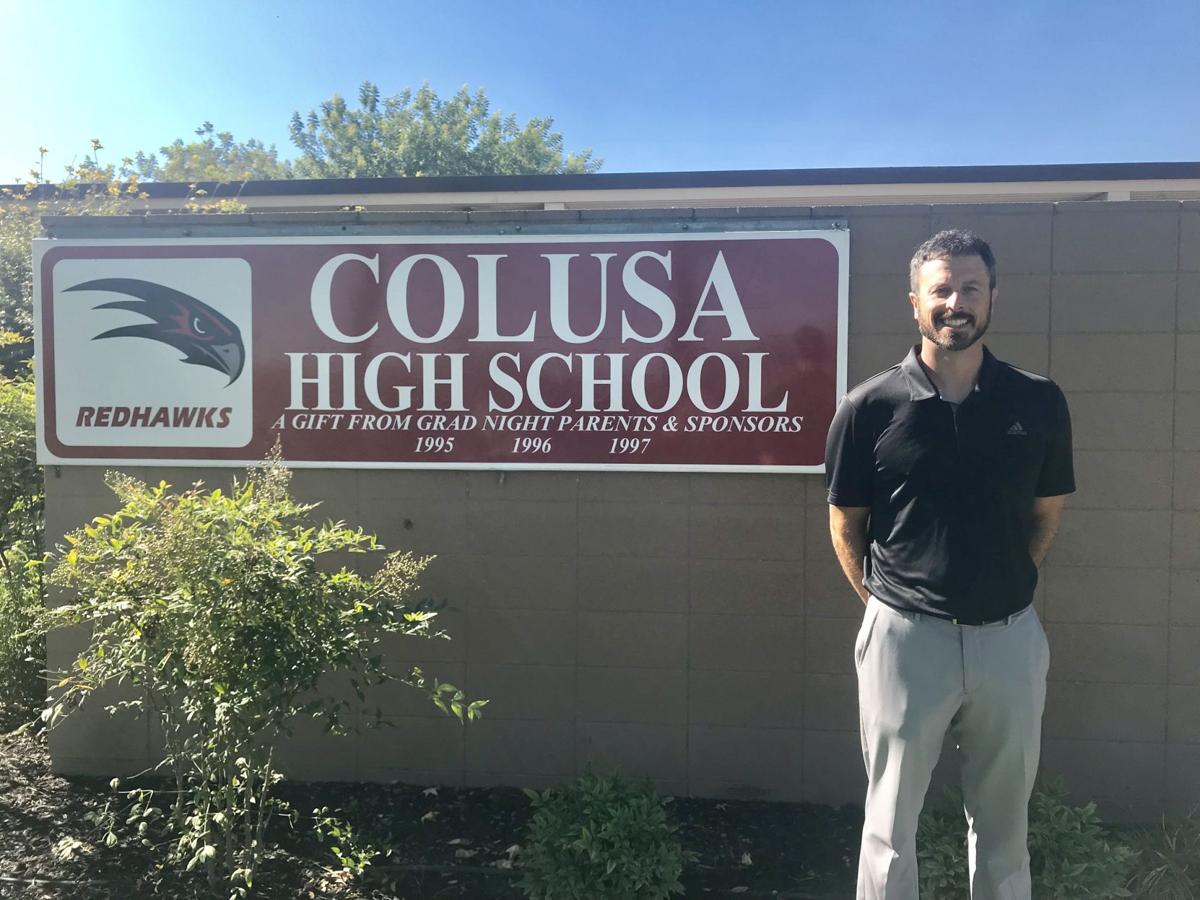 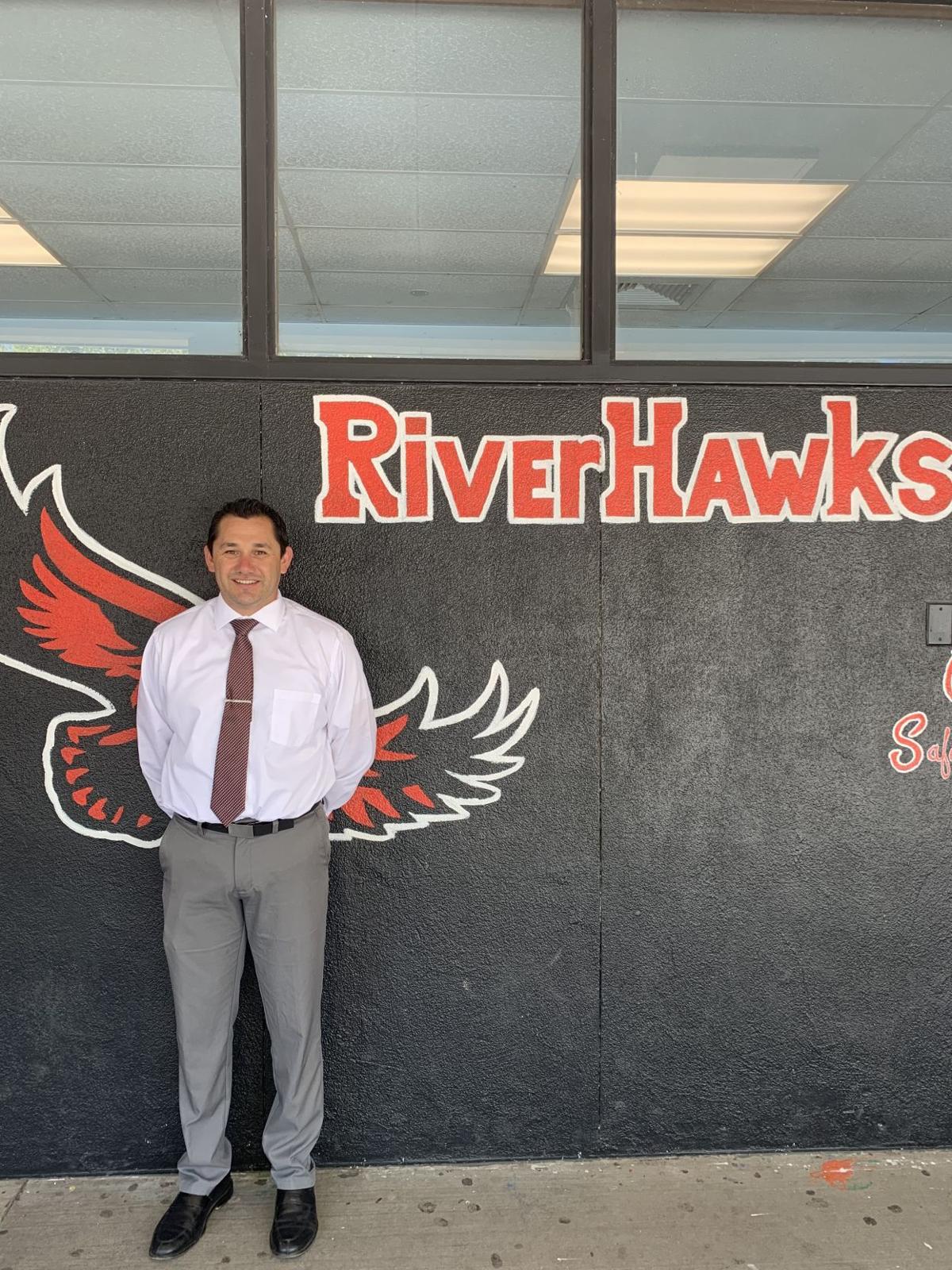 Burchfield Primary School Principal Rebecca Changus poses for a picture with the high school mascot Redhawk, who came to visit on the first of school.

The school year is in full swing and both kids and teachers are settling in. Colusa Unified School District welcomed quite a few new administrators to the district this year so we caught up with them to find out a bit about these new comers and pick their brains about the rest of the school year.

Although not new to the district, Rebecca Changus has taken the reigns at Burchfield Primary School as principal this year.

Transferring from her role as principal of Colusa High School, Changus said she wanted to make the switch to challenge her professional skills.

“I wanted to try to expand myself,” said Changus. “Even though the age is different, you can take your skill set and shift it to the level you are working with.”

Before coming to the elementary level, Changus worked at Colusa High School, first as a teacher and then as the principal, for 15 years.

“The community is a huge support for the schools,” said Changus. “That is what has kept me around for so long.”

Changus said she hopes to use her past relationship with the high school to help unite the two schools and reinvigorate interactions between the older and younger students.

Noah Gomez, assistant principal at Egling Middle School, got a head start on the school year by serving as the summer school principal.

“It was great to get to meet the kids before the school year started,” said Gomez.

Gomez has worked as several other schools in the area as both an administrator and teacher, including Arbuckle Unified , Kelseyville Unified and Lake County before coming the Egling. According to Gomez, he made the decision to work in Colusa because it was closer to his home in Maxwell.

Gomez said he is excited to be part of the change happening at Egling this year. Gomez said he plans to expand on the already positive culture by working with the students to develop appropriate behaviors and skill development.

“I want to make this school a place where kids want to come,” said Gomez.

At home, Gomez said he stays busy with his three boys, one girl and a baby boy he and his wife welcomed earlier this month.

Erika Lemenager, new principal at Egling Middle School, agreed saying she wants to expand on the already positive things happening at the school.

“I think we are heading in a good direction and I want to look at what else we can add to that” said Lemenager.

Lemenager said the beginning of the school year was a bit of a whirlwind because of the tremendous growth, with over 30 new students starting this year.

“It was a lot of learning for the staff as well because there was so much newness on the staff as well,” said Lemenager. “But they have all been great and I look forward to leading this staff with a collaborative approach.”

Lemenager started her career at Egling when she was hired on as an intern science teacher while finishing her credential thirteen years ago and has taught there ever since.

“It’s the only place I’ve ever worked,” said Lemenager.

Lemenager said she has no desire to leave because she enjoys the families she works with and the small-town, family-oriented feel of the community.

Joshua Mason stepped into his new role as principal at Colusa High School shortly after the beginning of school, officially starting at the end of August.

“It’s been really great getting to know the students and staff,” said Mason. “I was able to hit the ground running because the school ans staff made the transition so seamless.”

Mason said he was even greeted with a standing ovation from students when he was first introduced at a rally.

Mason taught at Corning High School for a number of years before moving into an administrative role at Anderson High.

According to Mason, he accepted the job in Colusa because he was drawn by the community.

“It was a no brainer for me,” said Mason. “There is great community support here and that really lends to the students success.”

In his role as principal, Mason said he plans to uphold the standards that have already been put into place at Colusa High School.

“I’m not here to change anything,” said Mason. “The attendance rate is really high and I want to keep this a place where kids enjoy going and can be successful.”