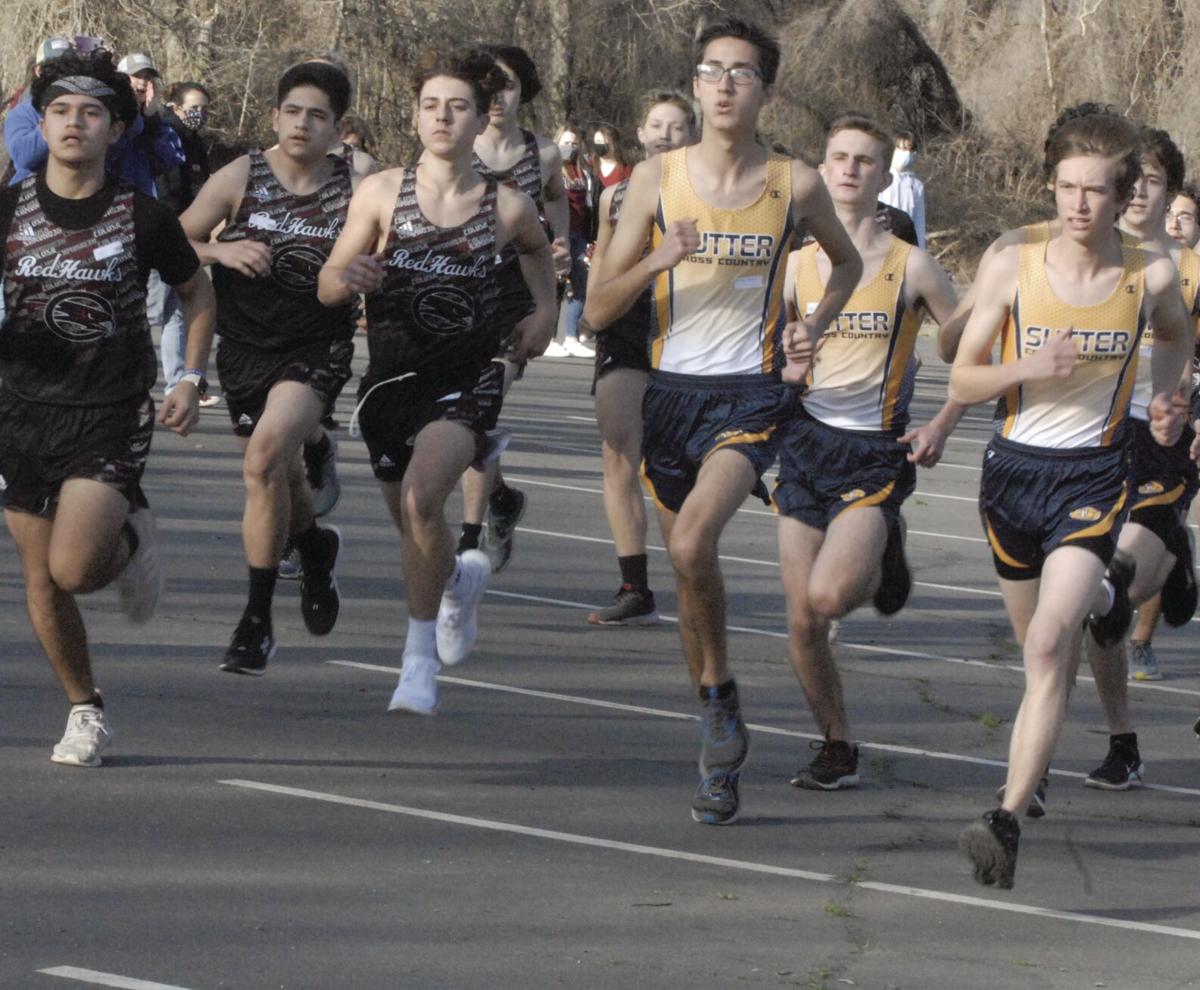 The varsity boys race kicks off along a flat straight away that leads into the trails at Colusa-Sacramento River State Recreation Area Feb. 3. 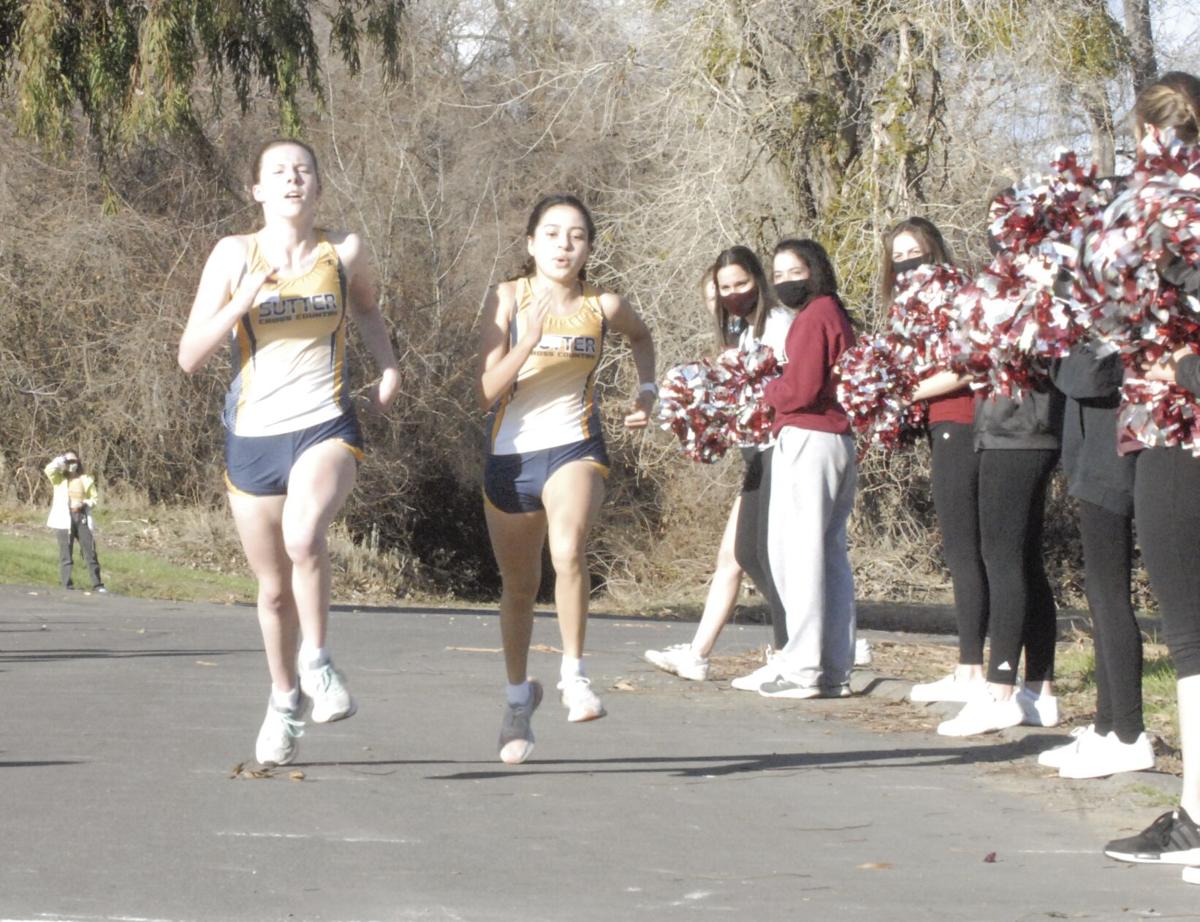 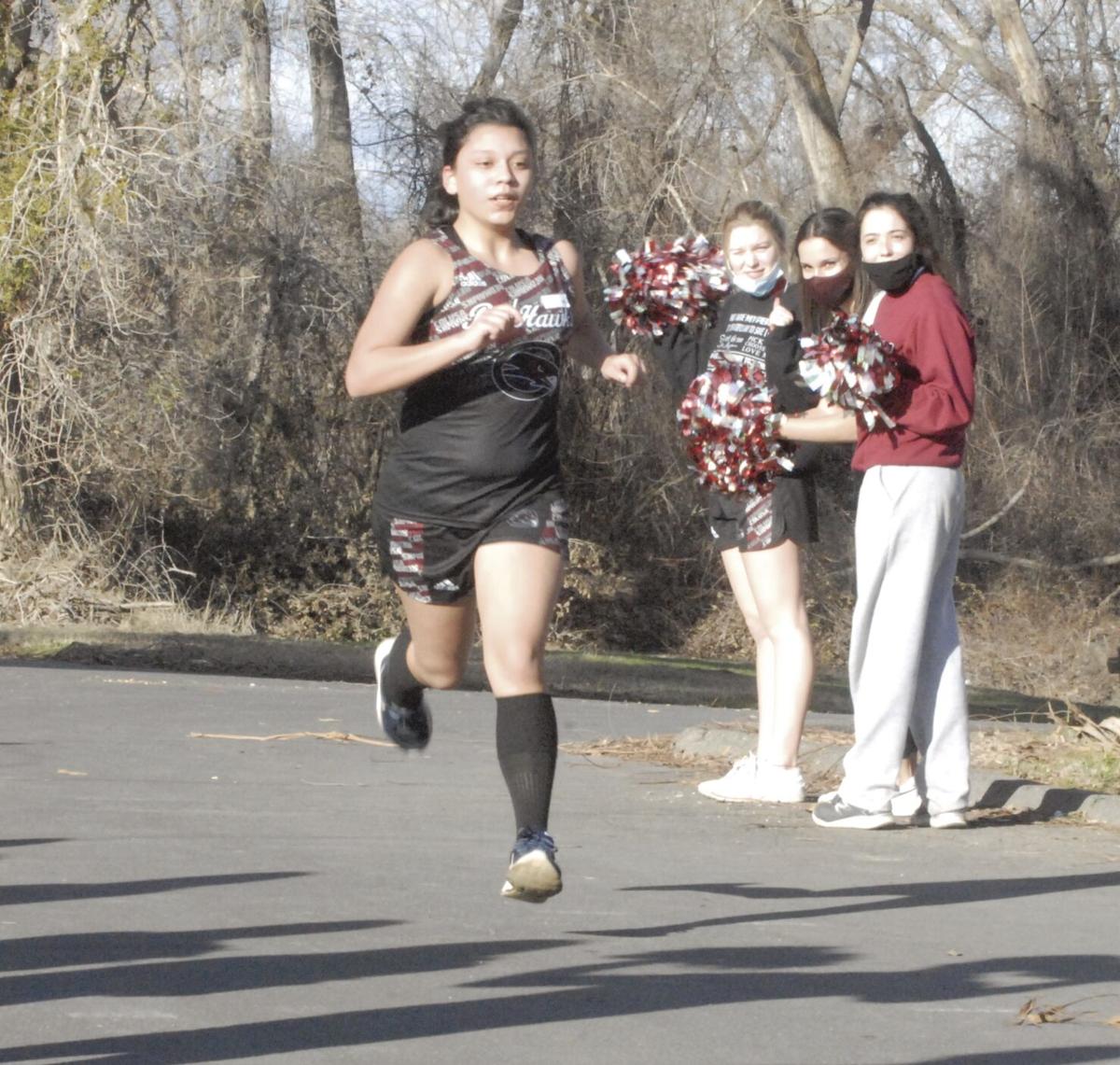 The varsity boys race kicks off along a flat straight away that leads into the trails at Colusa-Sacramento River State Recreation Area Feb. 3.

For the first time in almost a year, an athletic contest took place in the Yuba-Sutter-Colusa region.

Cross country is a purple tier sport and is permitted to reopen under current state and county COVID-19 guidelines.

While any competition is welcomed by many, it is under strict health and safety protocol.

The competition began with the bus ride over for both schools.

It was a different type of ride, according to Sutter sophomore Mackenzie Ritner.

Ritner said each athlete was masked up and had their very own seat, as opposed to the typical buddy system where athletes pair up on bus rides.

Ritner said it allowed each athlete to focus a little harder.

Ritner, the varsity girls winner on Wednesday with a time of 21 minutes, 40.21 seconds, is one of the premier underclassmen in the Northern Section following her top-20 finish at the section championships in 2019.

She’s been forced to grow up quicker because of the pandemic.

“I have matured,” Ritner said. “It (the pandemic) has brought a different perspective.”

After one race, Ritner said she is in a much better place emotionally.

“I feel more upbeat,” she said.

“You could see after the race, the weight was lifted,” he said. “These kids have been in limbo for the better part of 10 months, not knowing if all the training would be for nothing.  Even if we don’t have another opportunity to race this year, (which i dont think is the case), I was glad to get this one in. The kids (and coaches) needed it.”

Giffin said he was pleased with his team’s performance for a first race that came much later than anyone had anticipated.

“We’ve been working out since the summer off and on without any guarantees,” he said. “The school rallied around us and we’re treating each other like family.”

Sutter senior Raymond Baldez led the top pack most of the way, en route to an individual victory with a time of 18:21 in the nonleague race.

He said to be shut down from area competition made him and many others appreciate each race a little more.

“I appreciate the little things more,” Baldez said. “It hurts to not be with your team and everybody out here.”

Colusa’s Neo Harter led the team with a fourth place finish with a time of 19:05.

Sutter is home next week to take on Wheatland on Wednesday, Feb. 10. Colusa hosts Gridley next Wednesday.