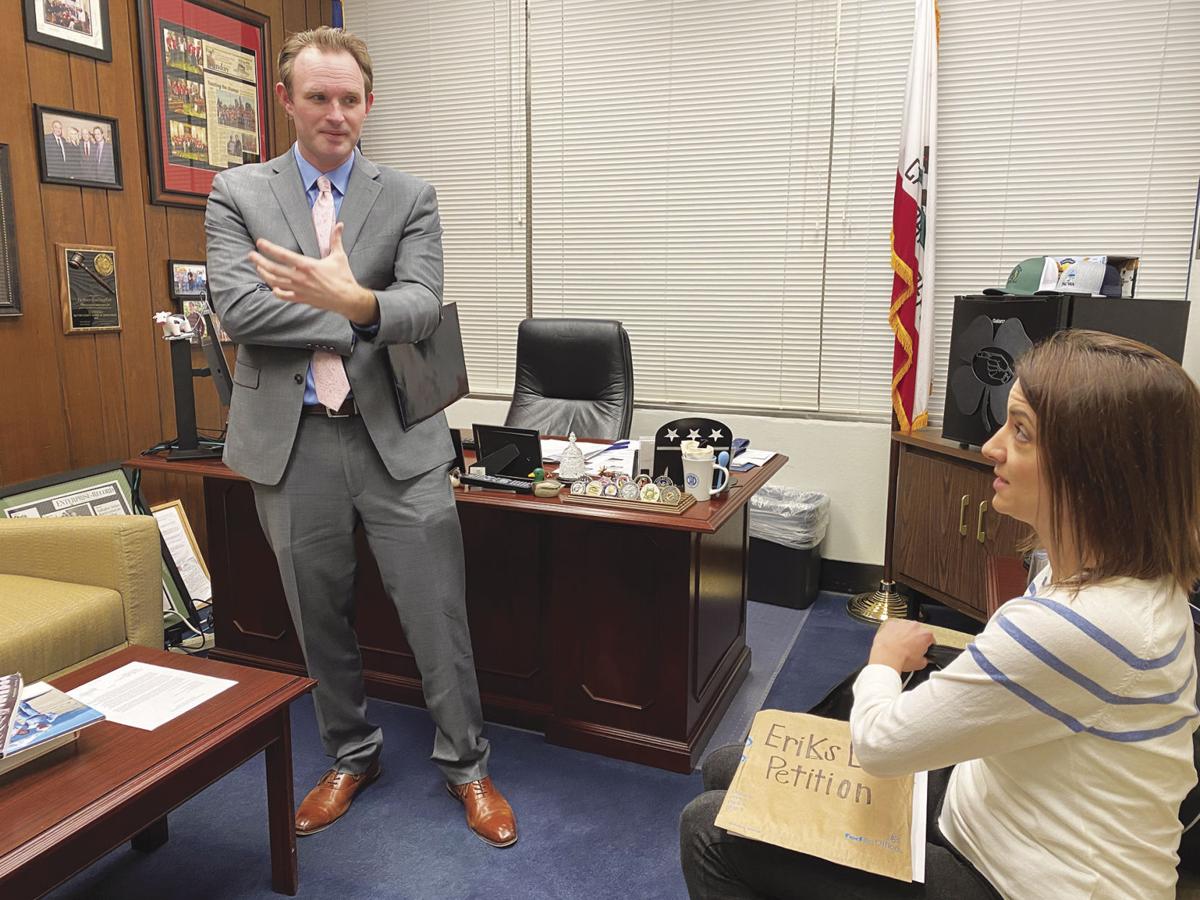 Assemblyman James Gallagher, Republican of Yuba City, discusses Erik's Law with Devin Lombardi, Erik Ingebretsen’s sister, ahead of a hearing on the bill before the Assembly Public Safety Committee Tuesday morning at the State Capitol. 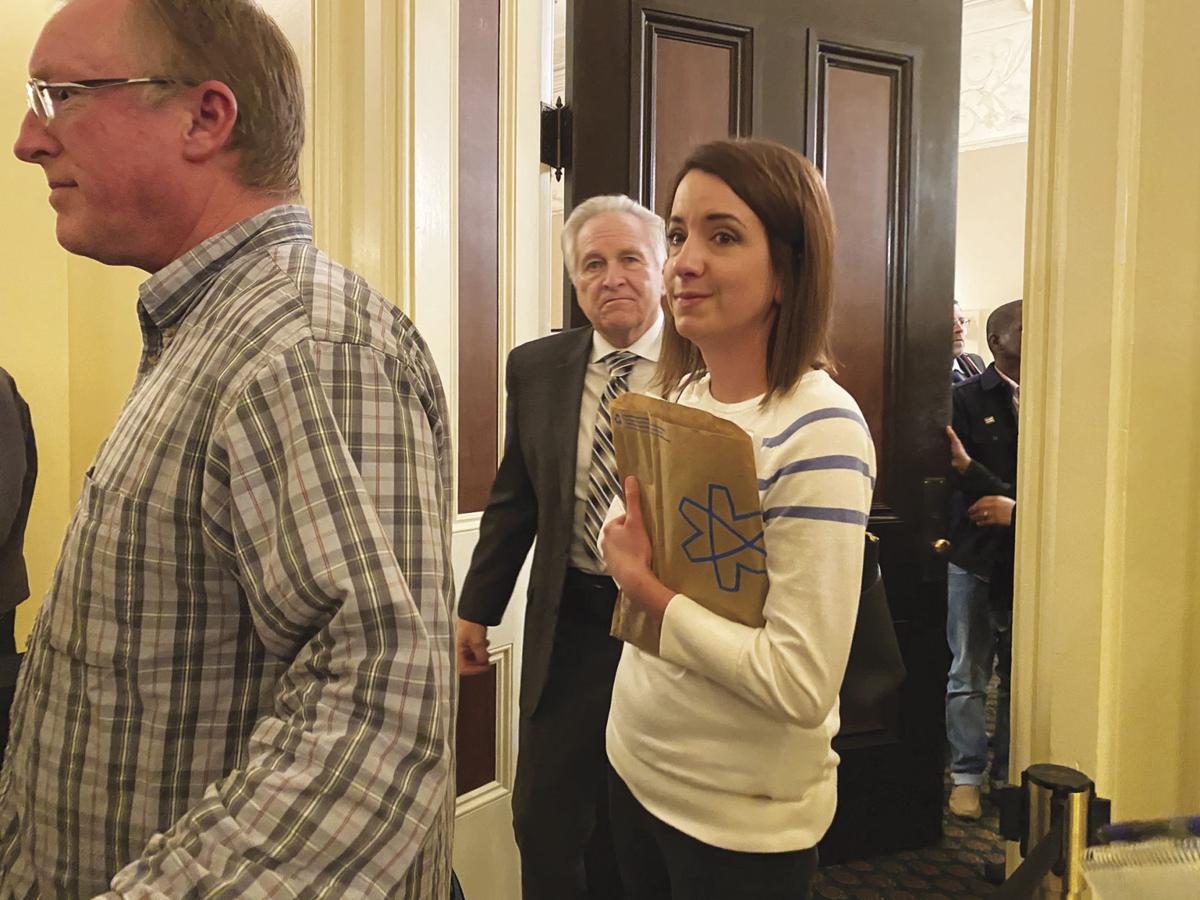 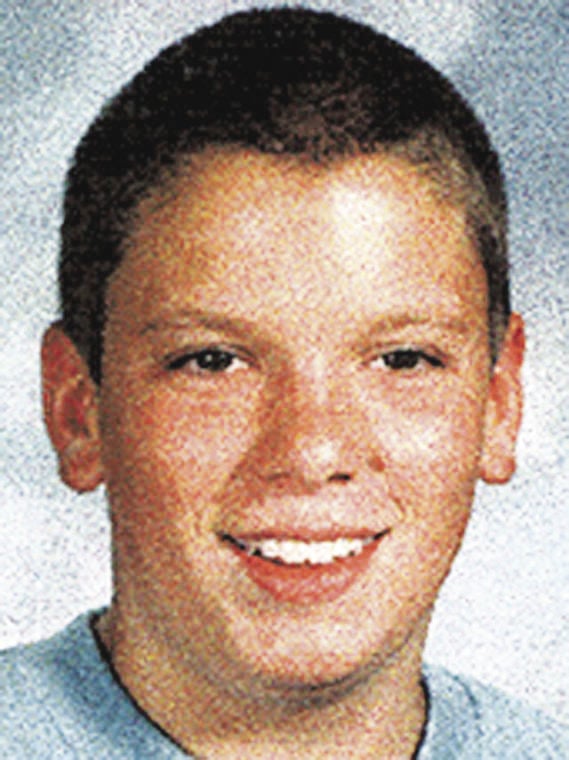 Assemblyman James Gallagher, Republican of Yuba City, discusses Erik's Law with Devin Lombardi, Erik Ingebretsen’s sister, ahead of a hearing on the bill before the Assembly Public Safety Committee Tuesday morning at the State Capitol.

A state Assembly bill referred to as "Erik’s Law" failed to pass a vote Tuesday at a Public Safety Committee hearing Tuesday morning. The bill, AB 665, was named in honor of Colusa teen Erik Ingebretsen, who was murdered in 1997.

Authored by local Assemblyman James Gallagher, Republican of Yuba City, the bill would have prohibited "youthful offender parole hearings" for a person sentenced to life without parole before they were 18 years old, if judged to be irreparably corrupt, or incapable of rehabilitation.

Instead of the multiple opportunities for a resentencing hearing currently allowed by law, Erik’s Law proposed that one hearing was sufficient to determine if a life without parole offender is rehabilitated and remorseful. But if a judge ruled an offender permanently incorrigible and irreparably corrupt, they would not receive further resentencing opportunities or juvenile parole board hearings.

“We have to have some protections in place to keep those individuals in prison; that they shouldn't be automatically eligible for parole,” Gallagher said.

After a series of questions was exchanged between the bill’s supporters, opponents and committee members, the bill was voted down.

Before the hearing started, Lombardi said she was excited to have the opportunity to present the bill to the committee, after the bill was denied a public hearing last April.

“We agree everybody deserves an opportunity for a second chance,” Lombardi said. “But there has to be limits on that, to also preserve the rights of victims.”

The bill was introduced in Feb. 2019, in honor of Ingebretsen who was lured to a remote location north of Colusa by Nathan Ramazzini, then 16, and Leopoldo J. Contreras Jr., then 18, who beat and stabbed him.

Contreras pleaded guilty, and was sentenced to 25 years to life, and was released on parole in Sept. 2018. Ramazzini was charged with the first degree murder of Ingebretsen and sentenced to life in prison without parole.

Ramazzini had his life sentence upheld at a resentencing hearing in 2018, but under current law, he will be eligible for multiple appearances before the youthful offenders parole board, starting in 2021.

Lombardi brought up the difference between Ramazzini and Contreras in the two minutes she was allocated to speak in front of the committee, noting how Contreras had shown reform, and the impact the hearings have on the victims.

“It's really hard for anyone who isn't in my family's position to understand what these resentencing hearings and parole board hearings do to us,” Lombardi said ahead of the hearing. “They completely halt our life, and we are thrown into the gruesome facts and the gruesome details, and we're forced to mourn all over again.”

“Even though there wasn't the legal finding that this person (DeWeaver) is irreparable and can never be rehabilitated, a sentence of 67 years to life on an 18-year-old says that,” DeWeaver said.

DeWeaver served 21 years in prison before his sentence was commuted by Gov. Jerry Brown in May 2018.

“We're not making a society better by taking away hope,” DeWeaver said. “Trust me when I say, you are producing a society that you actually say you want to produce, by providing hope and providing opportunity.”

The chair of the Public Safety Committee, Assembly member Reginald Byron Jones-Sawyer, Democrat of Los Angeles, assured Gallagher he wants to continue the conversation the bill started, by working with him to bring other organizations like law enforcement and activist groups into the discussion.

“The measure failed in this committee,” Jones-Sawyer said. “But it didn’t fail.”