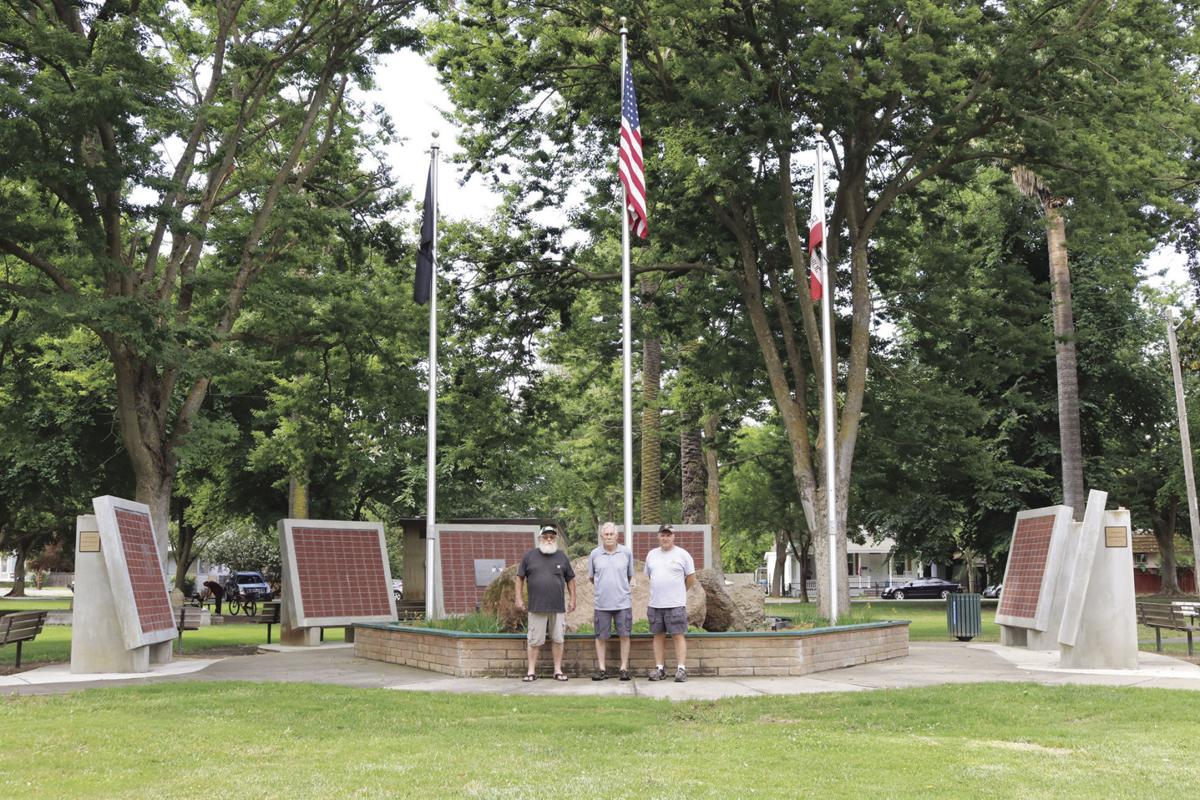 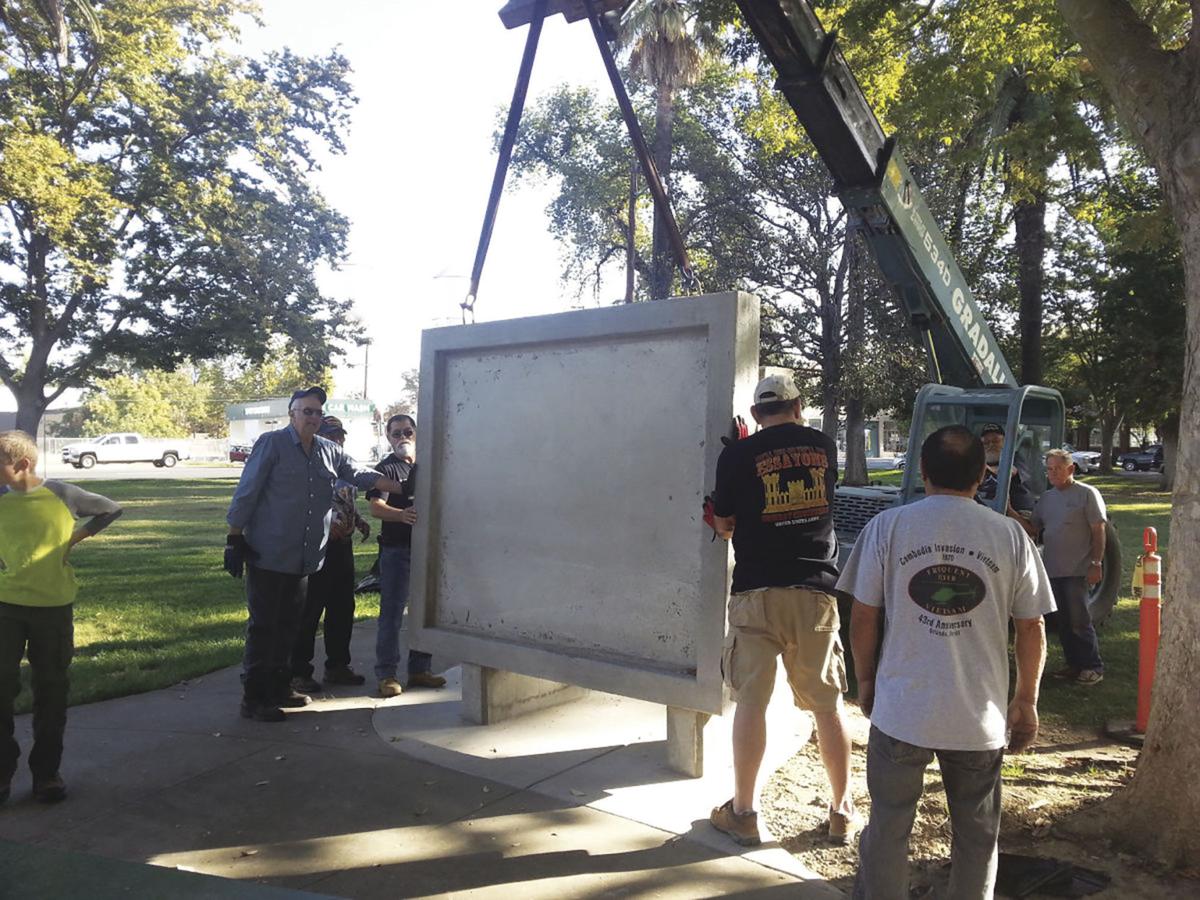 Members of Colusa VFW and volunteers install the monument walls in Veterans Memorial Park in Colusa on Saturday, October 11, 2014. 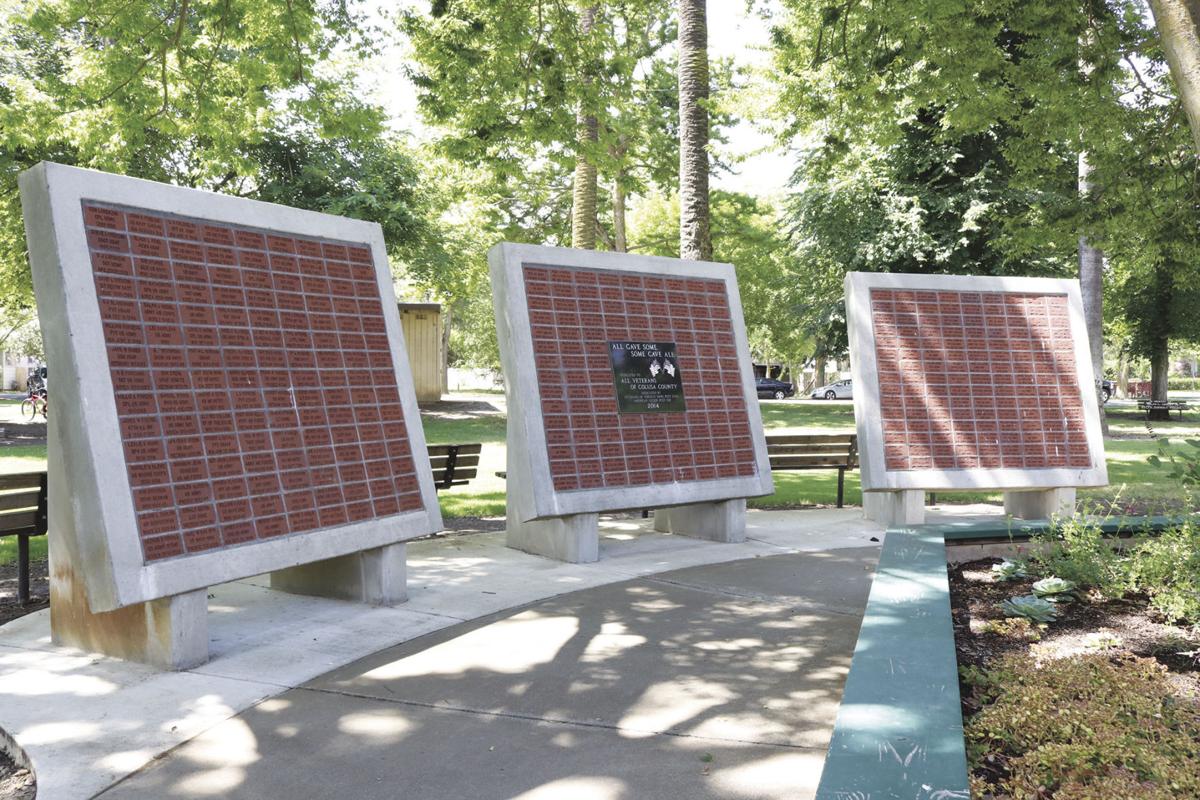 Currently there are just over 1,000 bricks, all engraved with the names of local veterans, featured on the walls at Veterans Memorial Park in Colusa.

Members of Colusa VFW and volunteers install the monument walls in Veterans Memorial Park in Colusa on Saturday, October 11, 2014.

Currently there are just over 1,000 bricks, all engraved with the names of local veterans, featured on the walls at Veterans Memorial Park in Colusa.

What started as a concept to honor local veterans has grown into a monument of concrete and brick, telling the stories of hundreds of veterans connected to Colusa County.

At Veterans Memorial Park in Colusa stands six memorial walls lined with bricks engraved with the name, rank and branch of service of more than 1,000 local veterans dating as far back as World War I.

The concept, which is a renovation of one built by Colusa Veterans of Foriegn War and the Womens Auxiliary in 1988, was pretty clear from the beginning, said Colusa VFW’s Dennis Sanders, who has been a frontrunner for the project since the idea came to fruition in 2011.

“I never thought it would grow into what it has,” said Sanders. “It has taken on a life of its own. Once we started, then it just exploded.”

According to Sanders, the concept was presented to the local VFW and American Legion in 2011 and a committee was formed almost immediately to bring the idea to life.

“Everyone was on board right away,” said Sanders.

With the help of Fernando Sanchez, then a Pierce High School student working on the project for school, a blueprint was created and work began to get the idea up and running.

The initial three walls were put up in October 2014 and a dedication of 360 bricks and the centerpiece of the memorial, a large black granite plaque with silver lettering, was held during the Veteran’s Day ceremony that year.

Colusa VFW worked with McNary Moore Funeral Service and Cremation to create the memorial plaque and, when completed, the funeral home covered the cost of it because of their long involvement in local veterans funerals, said Sanders.

“When they brought it back they said they wanted to donate it,” said Sanders. “It was a nice surprise.”

Other improvements made to the area that year include removing the old flagpole and installing three new ones, improving the flagpole lighting and adding to the existing concrete.

The VFW also installed an archway at one corner of the park where the walkway leads to the memorial after the Colusa City Council officially renamed the park in honor of the veterans memorial in 2015.

Since then, the additional three walls have been built and continue to be filled with hundreds more bricks honoring local veterans from World War II,  Korea, Vietnam, Iraq and Afghanistan.

Colusa VFW also paid for bricks for each of the KIA/MIA soldiers from the county during the first round of brink dedications and they would like to use cemetery records to fund brinks for Civil War veterans buried at local cemeteries should funds become available to do so in the future.

The organization has also been working with a local artist to create artwork for the back of each wall. Each piece is dedicated to a specific war beginning with World War I and continuing through the current war on terrorism. This year, there are plans to install another piece of artwork dedicated to the women of war.

While orders have started to slow down as the years go on, Sanders said this is only the beginning of what will be a continuous project.

“It was designed to keep going as needed,” said Sanders.

According to Sanders, additional walls will be constructed as the existing walls are filled and more tribute brick orders come in. The walls will be placed along the walkways leading away from the memorial and extending toward the street, alternating sides each time a new one is added.

Sanders said his happiest moment through all the years of working on this project has been seeing the tremendous amount of community support received throughout the years from not only local residents but city officials as well.

“Besides the initial seed money that the VFW put up to get the project going, all of this has been publicly funded through donations,” said Sanders.

Sanders said that the donations have gone towards paying for all of the building materials since all of the labor has been donated by local businesses and community volunteers.

Tribute bricks are available for veterans, living or deceased, who have served in any branch of the military at any time. Each brick costs $100 and proceeds from the sale of the bricks will go to construction and future maintenance of the monument.

Paper order forms can also be picked up at Kittle’s Outdoor and Sport and Messick’s Ace Hardware in Colusa.