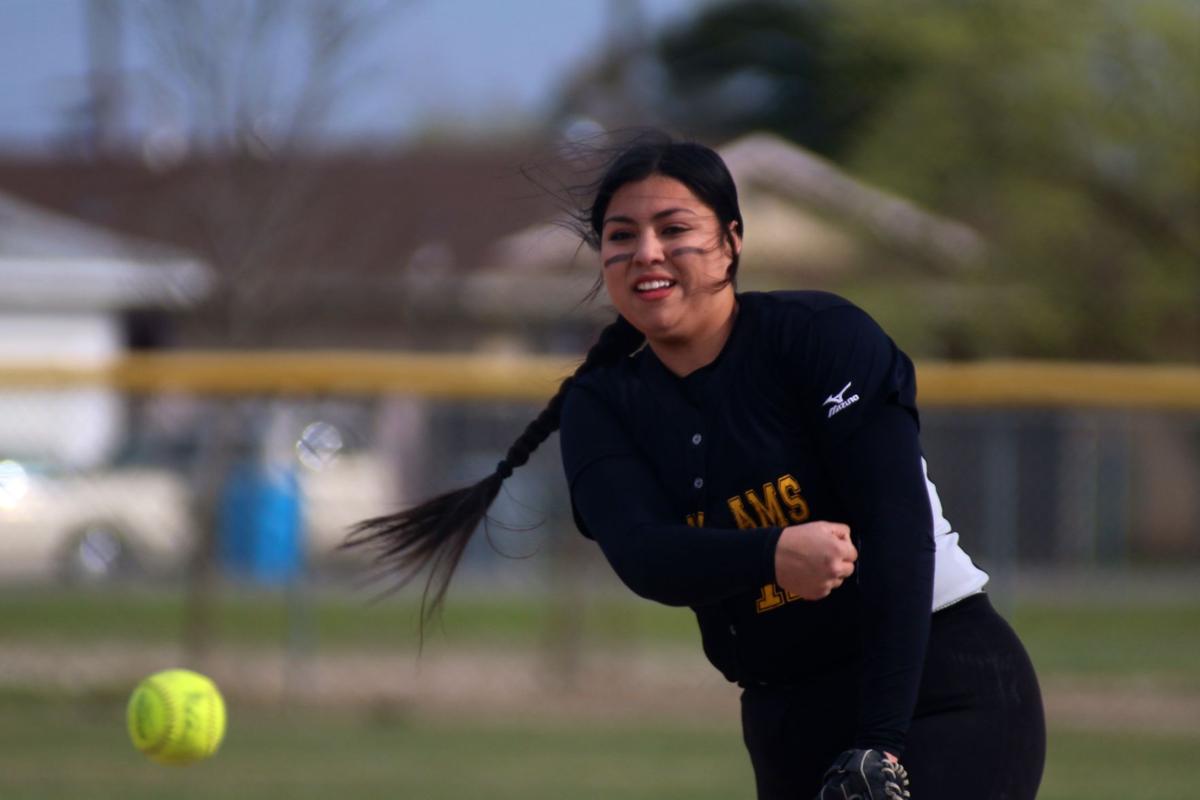 Williams’ Estafania Bermudez throws a pitch in the Yellowjackets’ game against Fall River at the Maxwell Tournament on March 13. 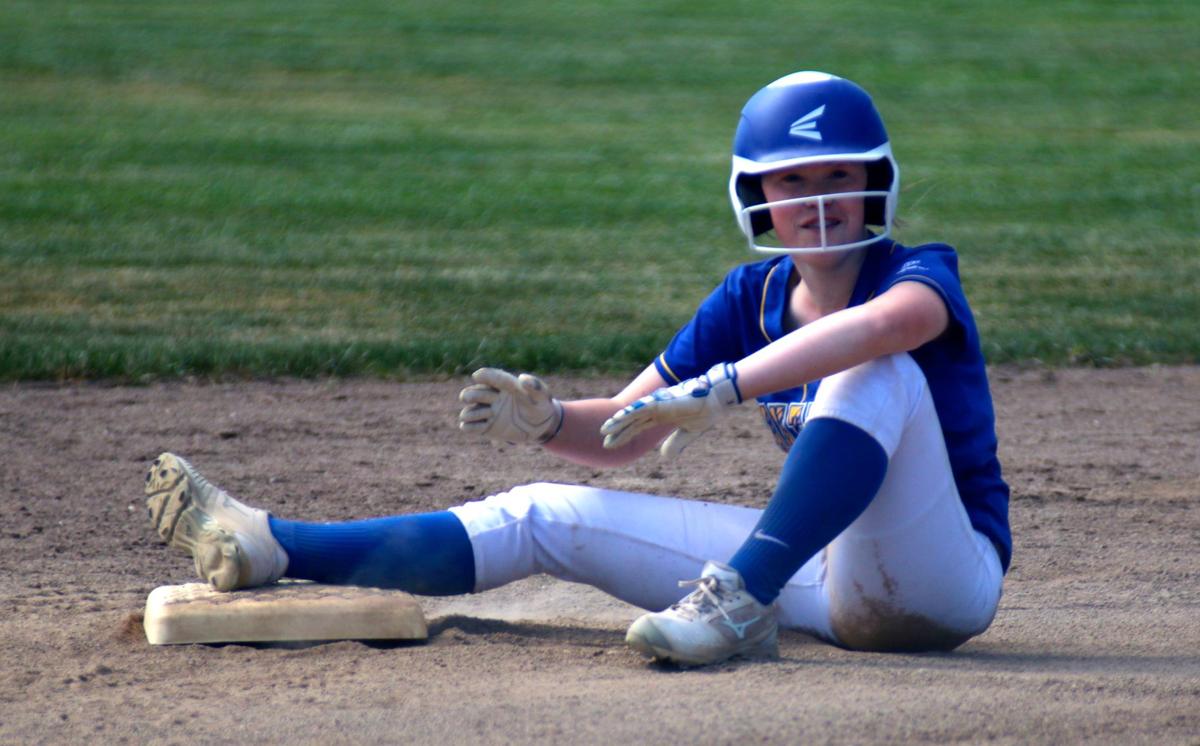 Maxwell’s Madison Pearson slides safely into second base in the Panthers’ game against Fall River on March 13. 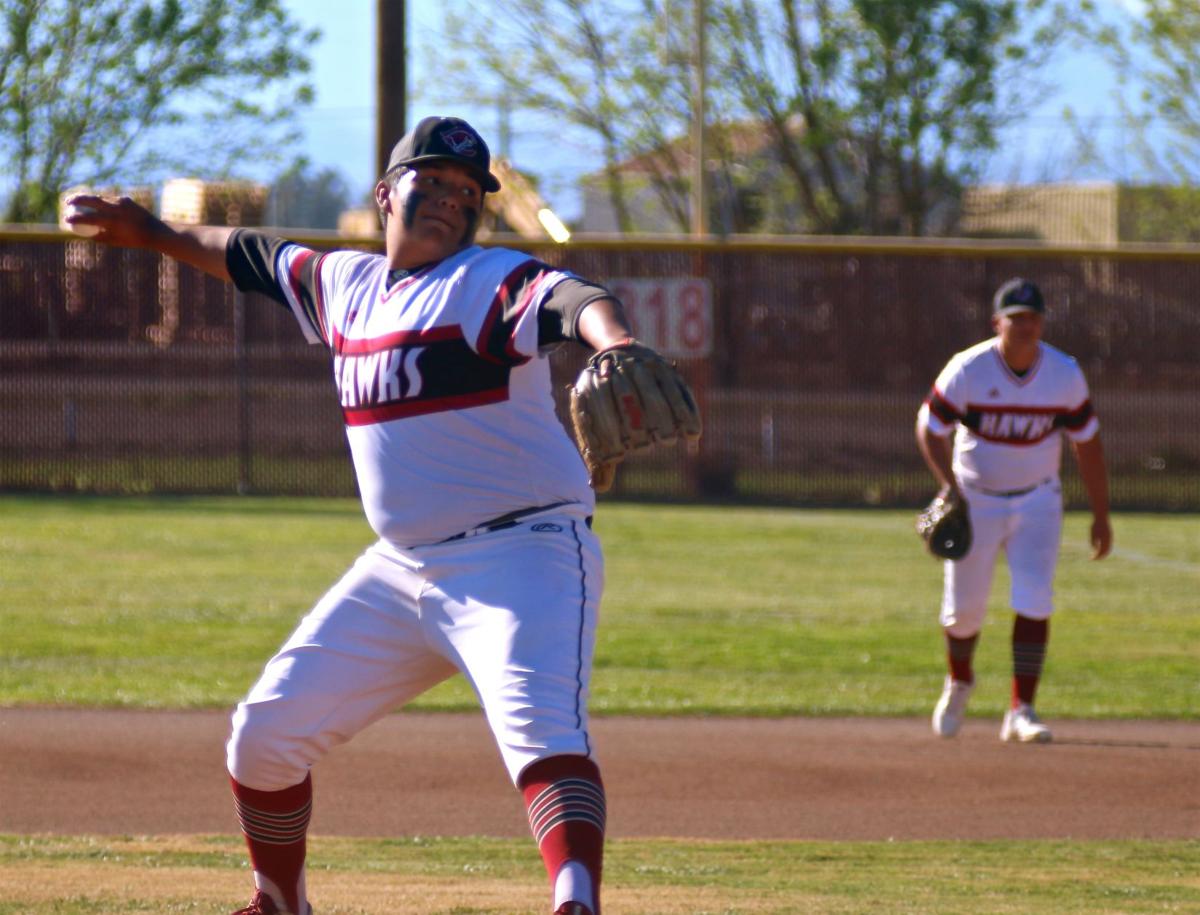 Colusa’s Xavier Lopez delivers a pitch during the RedHawks’ game against Kelseyville at the Mike West Invitational on March 12.  Colusa went on to win the game 7-2.

Williams’ Estafania Bermudez throws a pitch in the Yellowjackets’ game against Fall River at the Maxwell Tournament on March 13.

Maxwell’s Madison Pearson slides safely into second base in the Panthers’ game against Fall River on March 13.

Colusa’s Xavier Lopez delivers a pitch during the RedHawks’ game against Kelseyville at the Mike West Invitational on March 12.  Colusa went on to win the game 7-2.

While weather is often a disruptive force during baseball and softball preseason, there isn’t usually an impact due to health-related reasons, but last week a number of teams withdrew from tournament competition due to concerns surrounding the COVID-19 virus.

However, some continued to play.

Here’s a look at the results from last week’s tournament action:

Host Colusa posted victories over Pierce and Kelseyville in the first day of play, although the Bears moved in the opposite direction falling to the RedHawks and East Nicolaus.

All games scheduled for Saturday, the final day of the tournament, were canceled after both Ft. Bragg and Mt. Shasta elected not to participate.

In the opener, Colusa shutout the Bears behind strong pitching from both starter Keith Chavez and Cole Simmons in relief.

At the plate the RedHawks roughed up Bears pitching for 16 hits with five players collecting two hits a piece including Justin Lee, Emanuel Frias, Drew Bradbury, Xavier Lopez and Chavez.

Lee drove in three runs, Frias and Bradbury each knocked in a pair while Lopez doubled, as did Edgar Garcia.

In their second game of the day, the RedHawks staged a seven-run sixth inning rally to upend the Knights.

Bradbury, Simmons and Blake Kalfsbeek each picked up a pair of hits that included a double.

Lopez got the nod on the mound against Kelseyville going two and a third innings striking out three and allowing just one hit before yielding to Frias who closed out the game in relief.

Unbeaten in its first six games of the season, Colusa was scheduled to host Wheatland on Tuesday before heading to Gridley for the Lions Club Tournament, although play will most likely be canceled.

With several players fresh off the basketball court the Bears struggled against the RedHawks but showed signs of progress when they faced the Spartans.

Pierce was limited to three hits against the Colusa, but saw the ball well as they touched up East Nic pitching for eight runs.

No individual statistics were provided by the Sun Herald print deadline.

Maxwell, who went 1-2 last week in its own tournament, did not provide any individual statistics.

The Panthers (2-3) were supposed to host American Christian Academy on Friday, but like all other teams were waiting for a directive about the season.

Returning to the tournament in Los Molinos for the first time since 2017, the Yellowjackets showed an ability to put runs on the board but continued to struggle on the mound.

On March 11 in their first game with Mercy, Emiliano Garcia and Diego Rivera each finished 2-for-2 while Ozzy Ruiz also picked up a hit.

Facing Greenville in its second game of the day, the Indians broke it open in the third plating 12 runs.

Garcia and Ruiz both came through with RBI singles with Hector Rosales accounting for the ‘Jackets only other hit.

In last Friday’s rematch with the Warriors, Williams had the lead going into the final inning but could not hold on.

Winless so far this season, the Yellowjackets had planned on traveling to Los Molinos on March 17 before heading to Olivehurst for a doubleheader with Lindhurst on Friday.

Colusa put five runs on the board in the fourth inning although it wasn’t enough to take down the Pirates, but bounced back later that afternoon to pummel the Warriors.

The RedHawks (3-4) provided no statistics from the loss, but in the nightcap got a one hitter from Annie Lay in circle to secure the win.

Lay got plenty of support from the offense led by Andrea Ascencion went 2-for-2 with a triple and a pair of RBI along with Alex Price and Abby Myers who also went 2-for-2 and doubled to drive in runs.

Carly Lay was the fourth RedHawk to finish 2-for-2 as part of a nine hit team effort.

Colusa (3-4) had another game scheduled with Wheatland on March 17, before heading to Gridley on March 18.

The Bears had a tough opening round squaring off against defending tournament champion Ripon then were edged by Sacramento Valley League rival Willows before taking down Oroville in their third game of the day.

Pierce managed just four hits against Ripon and one run which came off the bat of Betsy Myers who plated Abby Mendoza who had also reached on a hit.

Gicelle Condrey and Juliana Orozco registered the Bears’ only other hits.

No other statistics were provided by Pierce (5-2).

At the Panthers’ home tournament last week Maxwell and Williams were able the most games thanks to a Thursday start.

Nagging injuries have altered the Panthers lineup, but in two wins last Thursday they erupted for 29 runs.

Against the Yellowjackets Jocelyn Lazarus smacked a three-run double to help her cause as she picked up the win in the circle yielding four hits while fanning seven.

Morgan Dennis doubled and drove in two as part of a 2-for-3 performance at the plate while Laynee Haywood and Madison Pearson also collected a pair of hits.

Facing Greenville, Dennis doubled and tripled to end with four RBI, Courtney Wycoff belted a homerun, Haywood was 2-for-3 with a double and three RBI and Leah Ferrara also doubled and drove in a run to finish 2-for-2.

Lazarus earned her fifth victory of the season striking out six in three innings of work.

Friday afternoon was significantly tougher for the Panthers who struggled both in the field and at the plate.

Nine errors did in the Panthers against Fall River as they let a one run lead slip away in the third inning.

Aubrianna Keeler delivered a two run single, Haywood went 2-for-2 with an RBI, while Dennis and Madison Pearson had the only other hits.

In their final game against an aggressive Biggs team, the Panthers simply ran out of pitching.

Dennis had a hit, an RBI and scored a run to lead Maxwell (5-2) with Pearson garnering the only other hit in addition to scoring a run.

Williams (1-6) got its first win of the season after downing Mercy, but faltered in its other games at the Maxwell Tournament.

No statistics were provided.

A meeting held by the California Interscholastic Federation on March 17 will determine the future of the 2020 spring sports schedule.