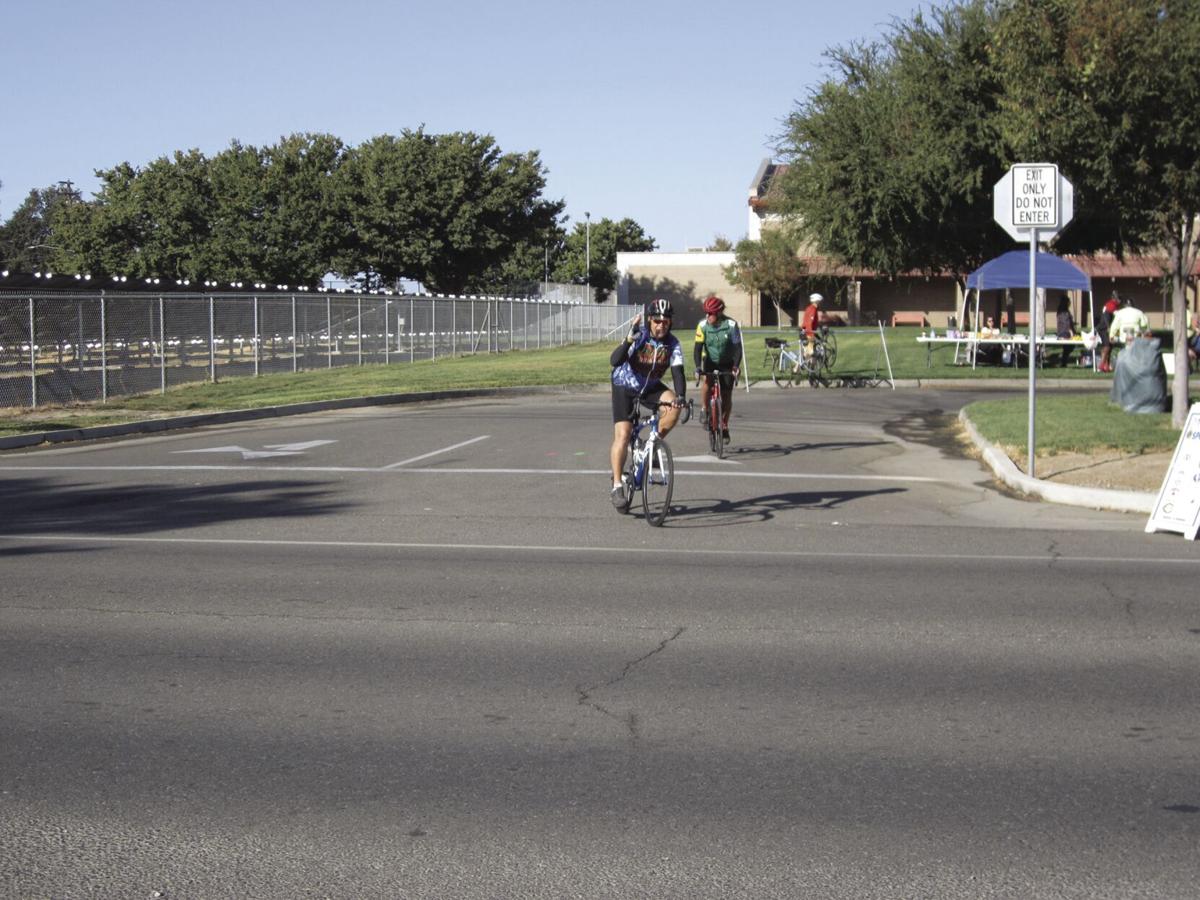 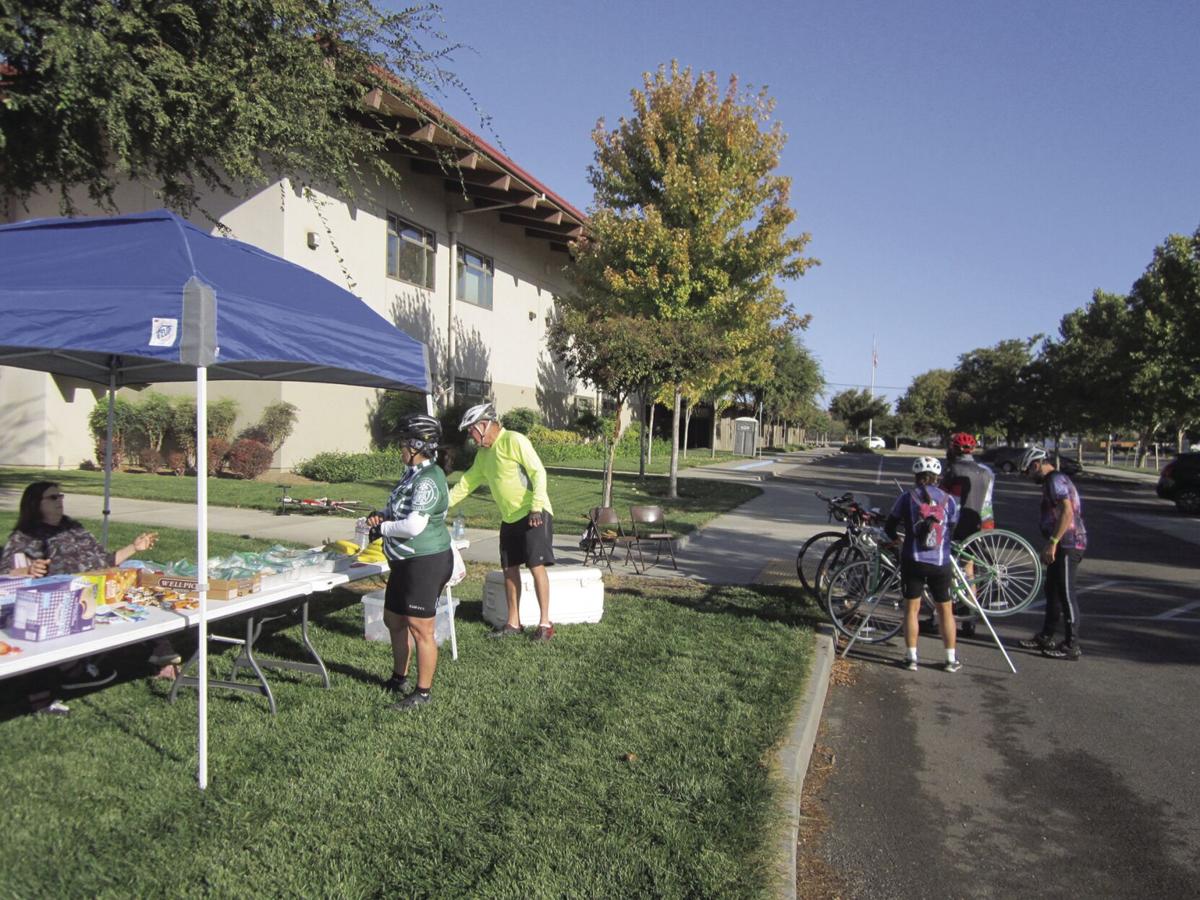 Riders enjoy some snacks and rest during the stop at Sutter Union High School at the 12th annual flat, fast and fun century bike ride Saturday.

Riders enjoy some snacks and rest during the stop at Sutter Union High School at the 12th annual flat, fast and fun century bike ride Saturday.

Riders and bicycle enthusiasts from all over the state converged on the tri-county area Saturday to compete in the 12th Flat, Fast and Fun Century Bike Ride hosted in part by the Colusa Lions Club.

The 100, 65 and 38-mile routes passed through the towns of Meridian and Sutter, through the farmlands of the Sutter Bypass, over the Tisdale Weir and along the scenic Sacramento River levee road. For those doing the 100 miler, riders went all the way around the Sutter Buttes.

One of the first rest stops where bikers fueled up during their ride was Sutter Union High School where they were immediately met with volunteers offering plenty of snacks and fuel for the ride.

There were salted pickles, potatoes, bananas and other snacks heavy on potassium to avoid leg cramps throughout the ride. Ridership this year was up slightly from a year ago, with officials estimating about 120 participants signing up in 2021. A year ago about 100 registered for the event. All proceeds go toward the funding of youth activity programs in the Colusa Unified School District and other activities in Colusa.

Marie Martin, who traveled from Reno for the ride, was partial to the probiotics available at each of the rest stops.

Martin said probiotics help her stomach during a long ride. She and several others were participating in the 65-mile (100 kilometer) ride. Upon arriving at Sutter Union, the three out of towners had completed just under 20 miles.

Martin was participating in her second century ride -- and first in the mid-valley. She began this form of exercise about two months ago because “it seemed like a good idea.”

Martin favored the Yuba-Sutter ride for its flat trails and low elevation levels.

One of her partners, Zeus Ramirez, came from Vacaville to ride in his first century. He said he had been riding for about five years and had a plan in place upon arrival.

“I know I can go about 10-15 mph without trouble so I make sure I am pacing myself at that speed,” Ramirez said.

Ramirez said a century ride is good for anyone wanting exercise or a chance to relieve stress or anxiety, adding that seeing nature up close and personal is a fun byproduct.

Anyone looking to take up the sport of century riding should have a program in place to help during the training phase, said Fabian Ceballos.

Ceballos, who traveled from Manteca, said programs are key for building up your mileage each week.

It also helps as a self-motivator, he said.

“(Checking) the boxes each week you accomplish your miles,” he said.

Each participant received a meal and refreshments at the senior center in Colusa after the ride.

The ride began in May 2009 by Dave McGrath. McGrath would later partner with the lions club. For more information or to register online for a future ride, visit www.3fcentury.com/index.php.