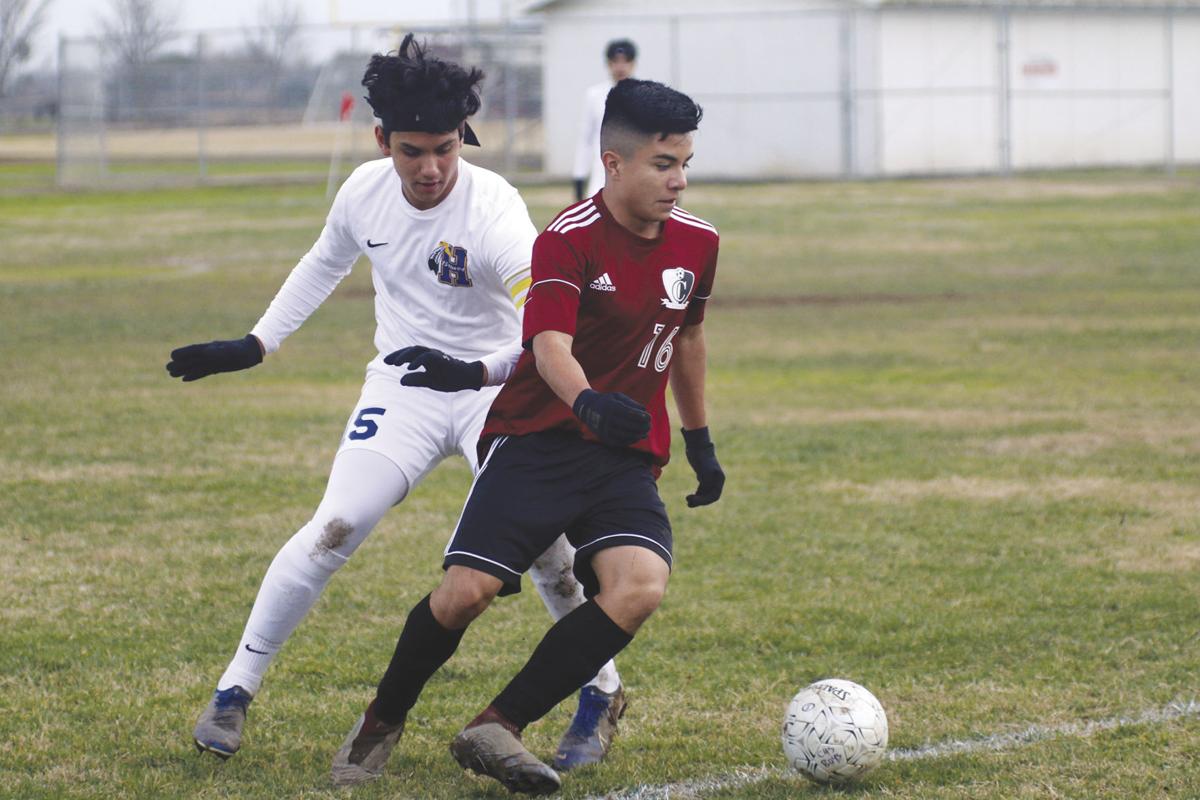 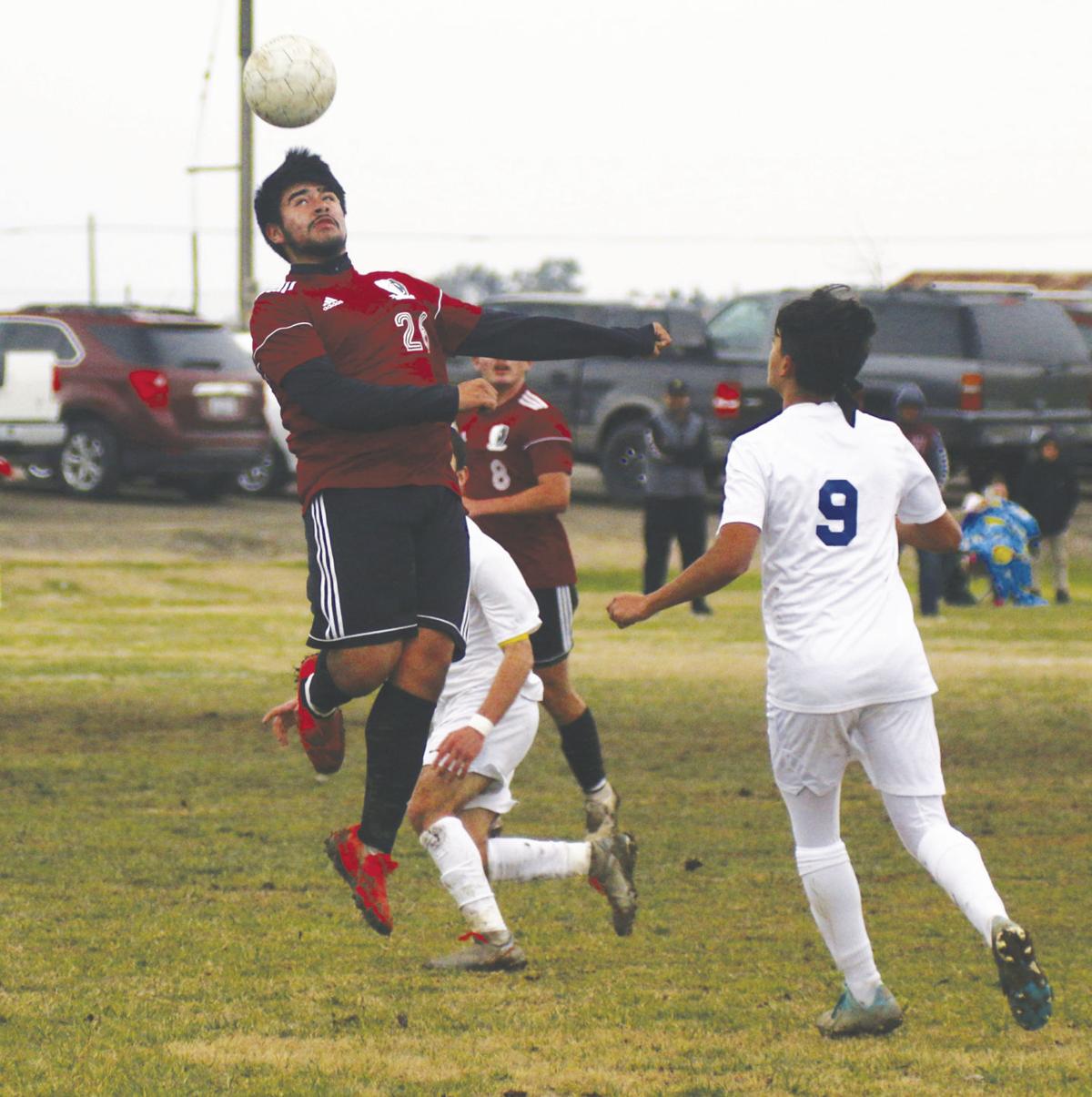 Colusa’s Andy Lopez stops a ball from going through in the RedHawks’ 4-2 win over Hamilton City on Jan. 21.

Colusa’s Andy Lopez stops a ball from going through in the RedHawks’ 4-2 win over Hamilton City on Jan. 21.

A little weather did nothing to detract from a full slate of games on the pitch last week as both the boys and girls high school soccer teams clashed in Sacramento Valley League action.

Last week was a significant one for the RedHawks when after doubling up Hamilton City at home, they shutout Winters on the road to regain the top spot in the Sacramento Valley League.

Scoreless in the first half against the Braves last Tuesday, Colusa came on strong in the second half finding the back of the net four times thanks to a hat trick from Victor Hernandez and a successful penalty kick by Ulises Galvan.

Goalkeeper Diego Avila made five saves on the muddy pitch in the win.

Yet the big match for Colusa was the one against the Warriors and while Hernandez’s goal in the 70th minute provided margin of victory, the RedHawk defense shined throughout to preserve the win.

As they have been all season, fullbacks Jesus Hernandez, Nicolas Lopez, Darien Sarabia and Andy Lopez were outstanding in containment of the opponent’s attack, as were midfielders Galvan, Edgar Garcia, Rodrigo Rodriguez and Dominic Garcia.

In goal, Avila recorded his fourth shutout of the season making four saves in the process.

Now in sole possession of first place in the SVL, the RedHawks (12-1-2, 10-1-2) hosted Willows on Tuesday, are in Live Oak today then face Pierce on Friday to close out the week.

A shorthanded Yellowjacket team fell in an intense battle as Esparto scored in the final two minutes to steal a win, then two days later played Hamilton City to a draw as Mauricio Morales struck for two goals and Cristian Jiménez added one.

In their final contest last week, the ‘Jackets defeated Willows with Morales and Axel Velázquez each scoring twice while Jiménez pitched in with one.

The Bears picked up a win at home against Live Oak last Tuesday before being edged by the visiting Spartans.

Pierce (9-5, 8-5), who travels to Colusa for its only match of this week, provided no statistics.

After opening play last week by trouncing Hamilton City, the RedHawks were shutout by the Warriors for the second time this season.

Firing on all cylinders against the Braves, Colusa got four goals from Veronica Jauregui and a pair from Rylee Reading to lead the scoring barrage.

Also finding the back of the net was Wendy Navarro, Darleny Juarez, Amber Morales, Destiny Ramirez and Lupita Perez.

This week is a busy one for Colusa (13-4-2, 8-3) as they entertained Willows on Tuesday, have a tough match with first place Live Oak today then return home to meet Pierce on Friday.

While competitive in each of their matches last week, the Yellowjackets were not able to come away with a win and no statistics were provided.

Williams (3-8, 3-8) was in Durham on Tuesday to take on the Trojans and heads north to Willows today.

Linette Navarro scored the lone goal for Pierce (1-9-1, 1-8-1) whose only match this week is Friday in Colusa.