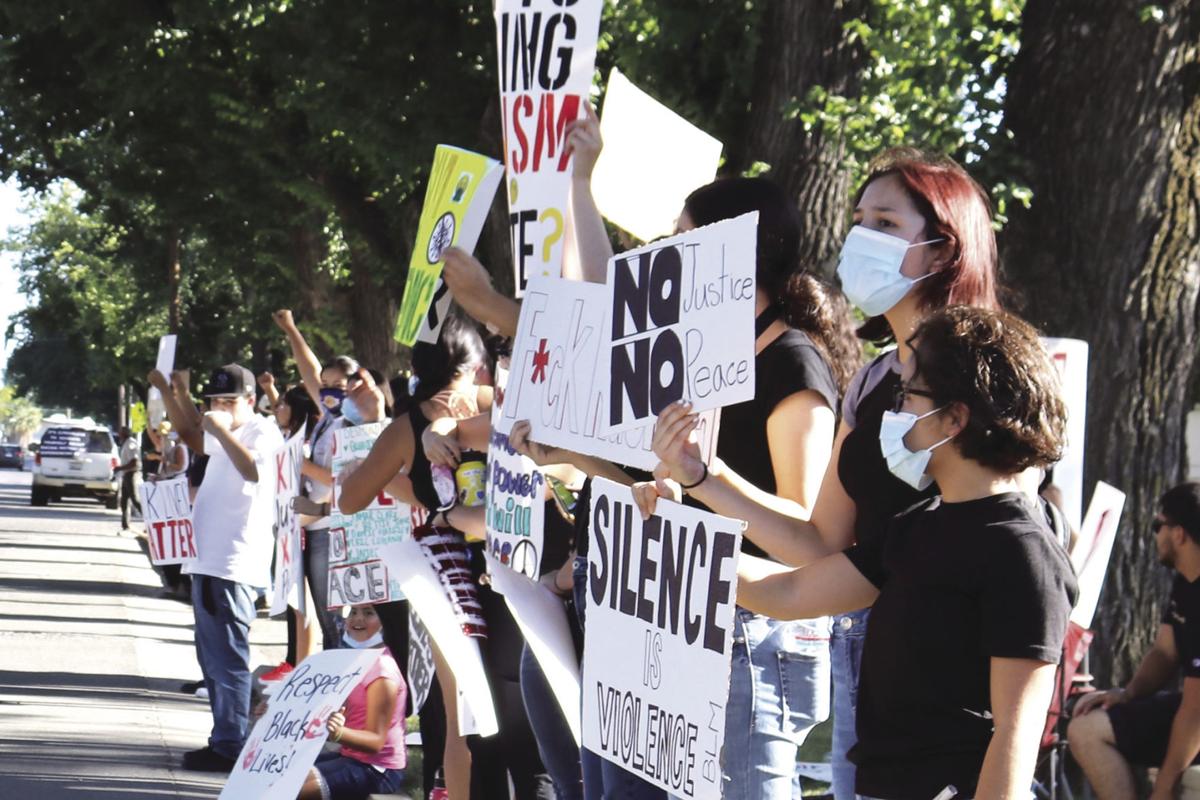 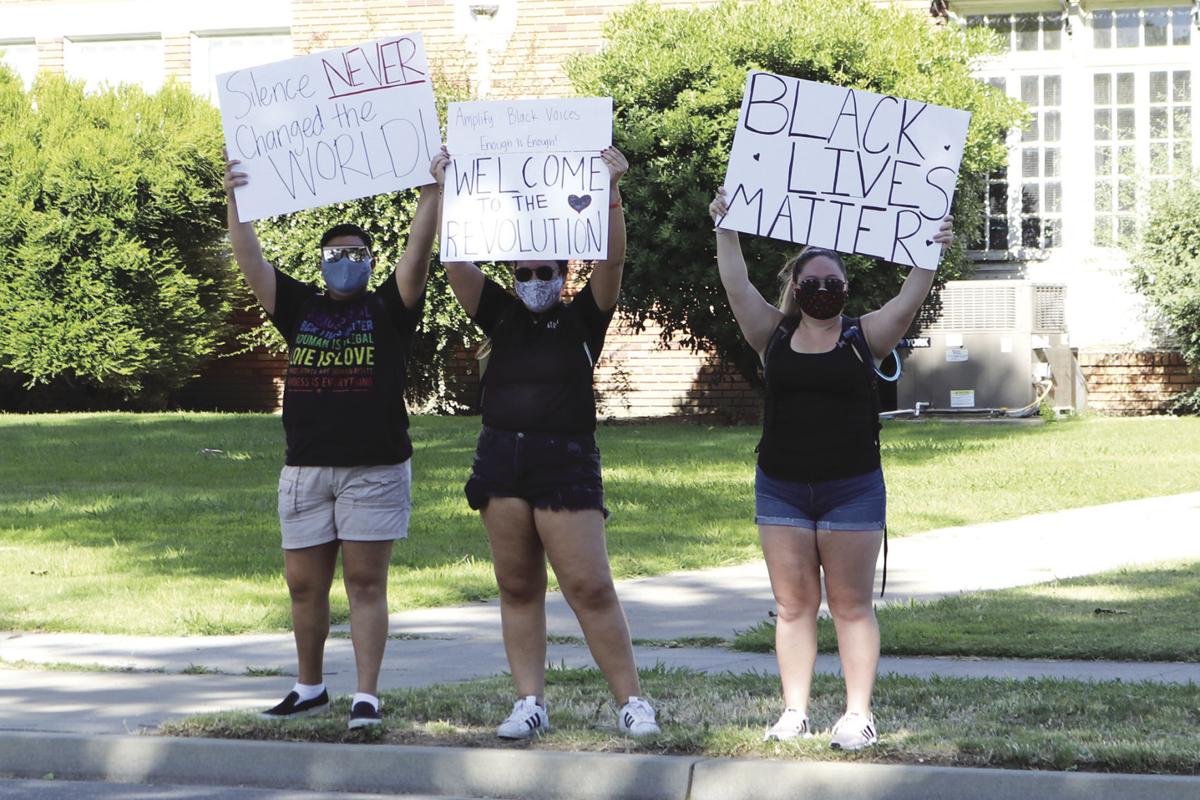 A peaceful protest was held on Tenth St. in Colusa last week to show solidarity for the Black Lives Matter movement. 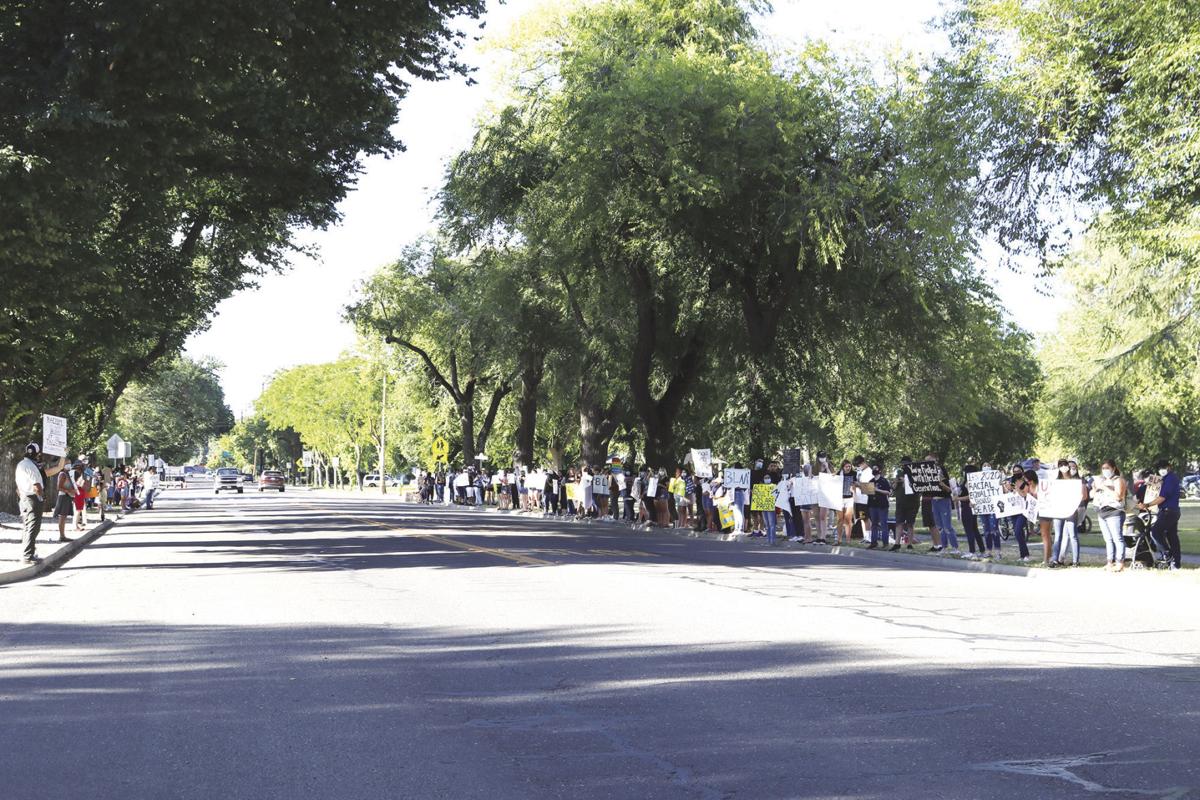 An estimated 200 people gathered on Tenth Street in Colusa Wednesday evening for a peaceful protest to show solidarity for the Black Lives Matter movement.

A peaceful protest was held on Tenth St. in Colusa last week to show solidarity for the Black Lives Matter movement.

An estimated 200 people gathered on Tenth Street in Colusa Wednesday evening for a peaceful protest to show solidarity for the Black Lives Matter movement.

The peaceful demonstration was organized by a group of young individuals from Colusa who call themselves the BLM Allies.

“Our hope is that this protest will raise awareness for the Black Lives Matter movement and spark a conversation in our own community,” said one member of the BLM Allies. “With the recent murders of Breonna Taylor, Ahmaud Arbery and George Floyd we believe that our country is at a tipping point and that change is long overdue.”

protest will lead to future discourse.

The protesters, wearing masks and spread out along a stretch longer than a city block, waved signs, raised fists, cheered and chanted, “Black Lives Matter” and “No justice, no peace.”

The demonstrators received honks of support and protest from members of the community driving by, cheers and raised fist and the occasional obscene gesture but some opposition was anticipated, said the BLM Allies.

“Unfortunately, as we expected our effort for a peaceful protest against racism and discrimination has been met with backlash and crticism from people in our community,” said one member of the BLM Allies. “We have received emails from concerned citizens of Colusa warning us that they will attempt to counter-protest our peaceful protest. Our intention is to exercise our right to use our voice while keeping everyone involved safe.”

Despite some opposition, many of the protesters that attended said the demonstration was a success.

Just down the road, another show of solidarity took place in Williams.

Indivisible Colusa County and the Colusa County Democrats co-organized daily protests in Williams last week to show their support for the BLM movement.

“We’re adding our voices to the millions of voices across the country that are demanding an end to police brutality against Black people,” said Jennifer Roberts, who is a member of both organizing groups.

From Monday through Friday, protesters lined E Street in front of Starbucks with signs expressing their support for the movement.

According to Roberts, the two groups decided to hold daily protests so that more people can participate.

“And symbolically to acknowledge that ending anti-Black racism isn’t going to happen overnight,” said Roberts. “Change will only happen if we keep showing up and making our voices heard.”

Roberts said the heartbreaking feelings elicited by watching the video footage depicting the interaction between Floyd and Minneapolis police officers sparked the demonstration in Williams, as well as the widespread protests that have spanned the nation in recent weeks.

“That’s why people are showing up in Colusa County and in small towns and suburbs and big cities everywhere,” said Roberts. “It feels like our nation’s heart has cracked open and tens of millions of non-Black Americans are finally joining Black Americans to say ‘Enough.’”