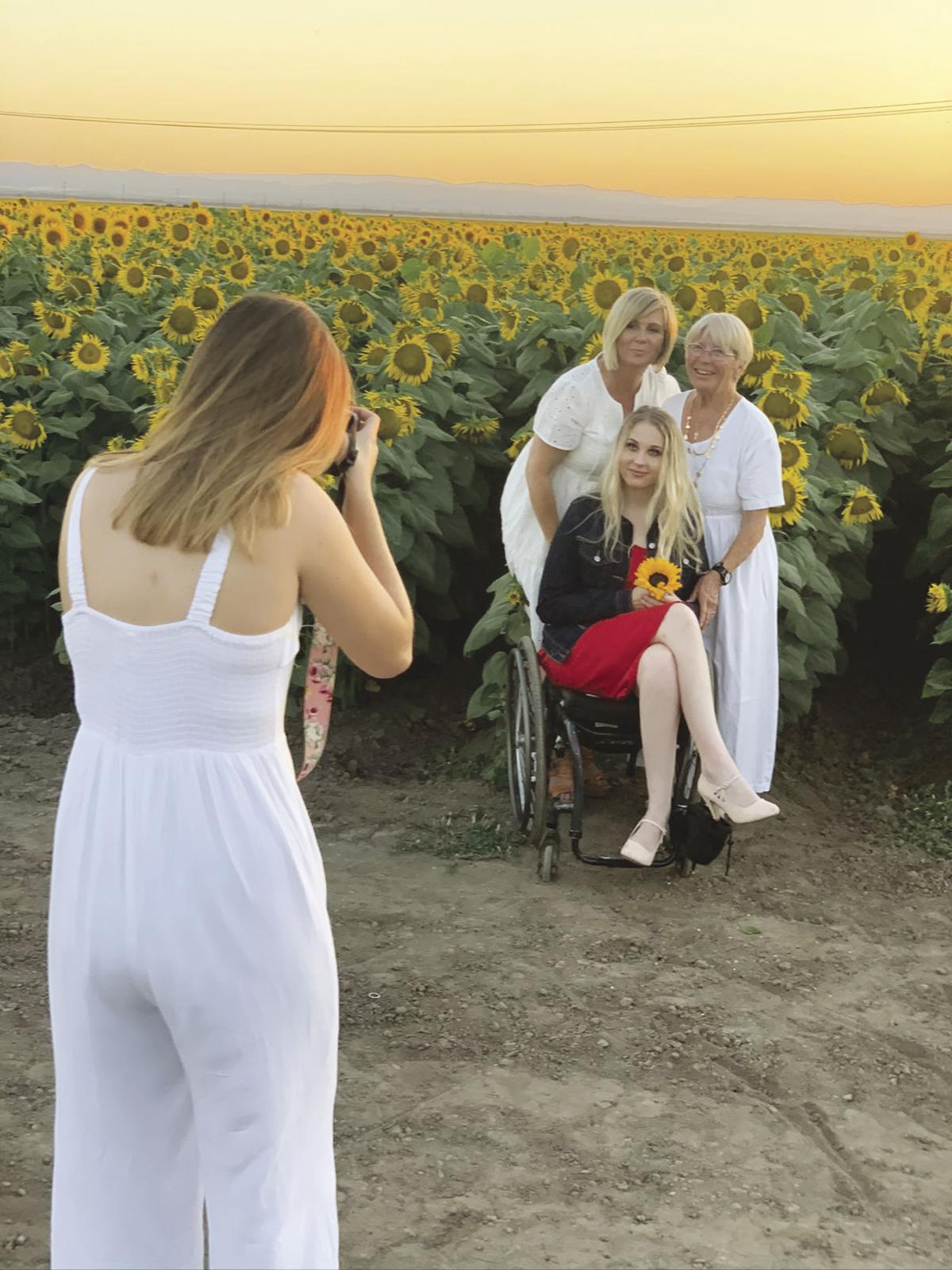 Photographer Kelsea Whiting took photos of Maddie, a 20-year old terminally ill girl, and her family on Monday evening to fulfill her dream of a sunset photoshoot in a sunflower field. 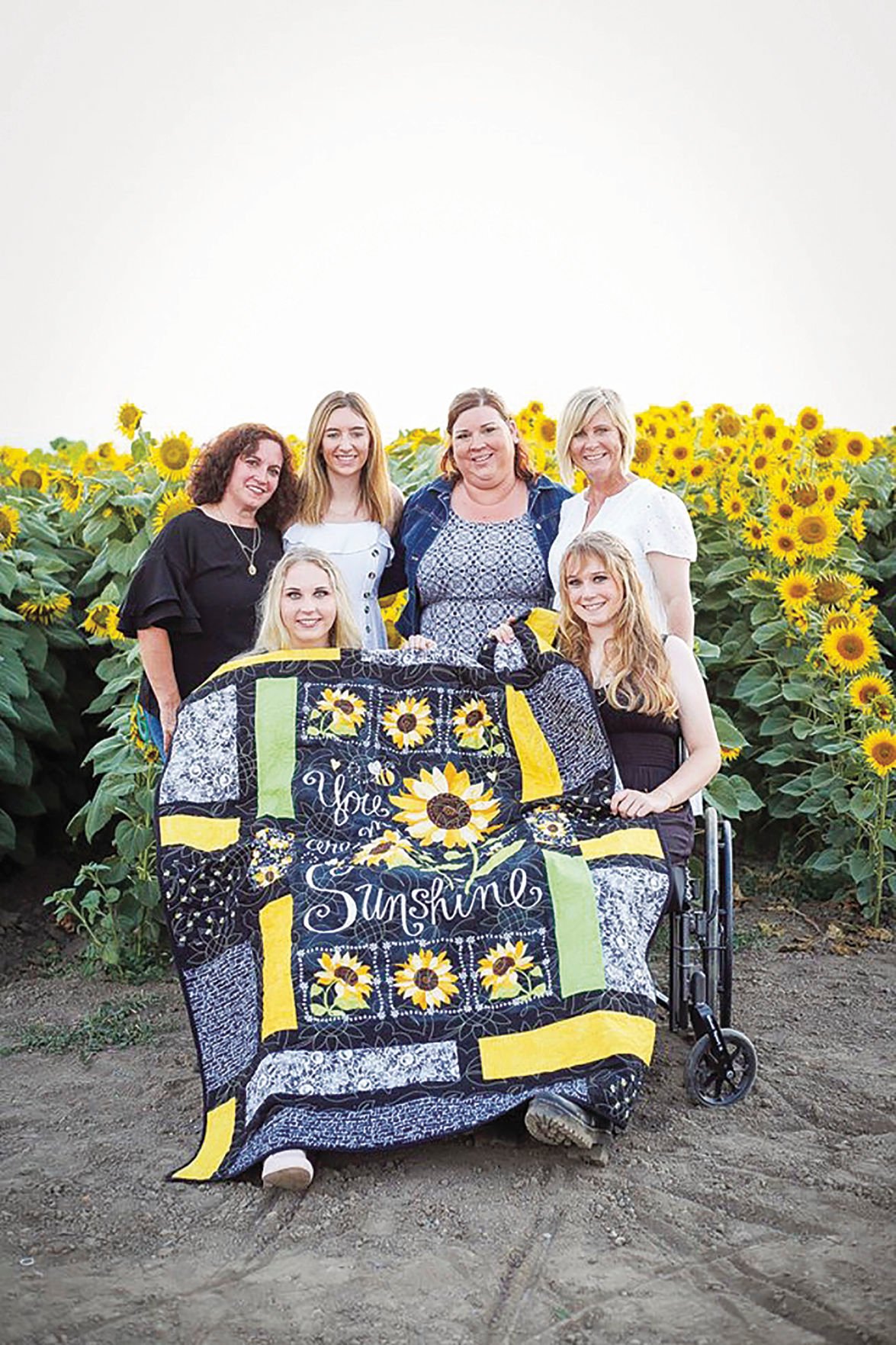 Photographer Kelsea Whiting took photos of Maddie, a 20-year old terminally ill girl, and her family on Monday evening to fulfill her dream of a sunset photoshoot in a sunflower field.

Residents of Colusa County rallied together to help one terminally ill woman check off a bucket list dream.

“Maddie is a 20-year-old who is suffering from a terminal illness and at the top of her bucket list is to have sunset pictures taken in a blooming sunflower field,” said Monica Sankey, of Colusa, who has been working hard for months to make that dream a reality.

Sankey said she first learned of Maddie after seeing a post on the “My Job Depends on Ag” Facebook page. Maddie’s best friend Jenna – who has the same disease as Maddie, but a non-terminal form – showed her mother Maddie's bucket list and she decided to reach out virtually to see if there were any locations available for a photoshoot.

Sankey was compelled by the simple request and knew there would be a place in Colusa County to make this happen.

“(We) started talking a little more about things and they were willing to travel this direction,” said Sankey.

Sankey then reached out to local photographer Kelsea Whiting, who jumped at the opportunity.

“When I started my photography business, I quickly learned the importance of capturing important moments in someone's life because you never know what tomorrow will bring,” said Whiting. “Maddie's story is one that spoke to me because even with her diagnosis, she is always so happy and upbeat.”

Whiting said she knew that this was a project she wanted to be involved in because she knew how much photos would mean to Maddie’s family.

With a photographer lined up, Sankey received help scouting out a wheelchair accessible sunflower field and once that was found the wheels were in motion.

Sankey said after she had secured a location and a photographer, she started to think “well, why not make this day really special for Maddie and kind of turn this into a ‘make a wish thing.’”

So she started a fundraiser on Facebook with the hope of raising a couple hundred dollars to provide Maddie with hair and makeup for the photoshoot and treat her family to a pre-picture dinner.

Sankey said in less than three days the fundraiser had collected more than $3,000.

“I am blown away by the amount of love and support for a perfect stranger,” said Sankey.

In addition to the monetary donations, many provided gifts for Maddie, Jenna and their families including a pair of leather hand-tooled sunflower earrings donated by Kristy Santucci, of Santucci Leather, Younique Make-up gift baskets, an Origami owl and more.

Maddie and her family drove up to Colusa County on Sunday and stayed at the Granzella's Inn in Williams for the duration of their stay.

Sankey said the establishment offered them a special room rate and even comped the entire party's dinner when they arrived that evening.

The next morning, Sankey said the whole group went out to Lisa Griffiths Ranch where her and her grandson Riley told them about their experiences with horses, their breeding projects and rodeos.

After a little downtime, Maddie and Jenna had their hair and makeup done by Jenna Burnham.

Then, before the photoshoot, Rocco's catering a dinner provided by Rich and Lisa Selover in a walnut orchard not far from the sunflower field. Orchard owner J.J. Gross even offered to spray for mosquitoes before the meal, said Sankey.

After dinner, both girls took photos with their families in the sunflower field as the sun went down.

“The family was so nice and appreciative and Kelsea and I feel like we have made life long friends with them,” said Sankey on Tuesday. “They were just genuine down to earth people. Yesterday was all about love, family, and togetherness and these two families really showed that it is their strength.”