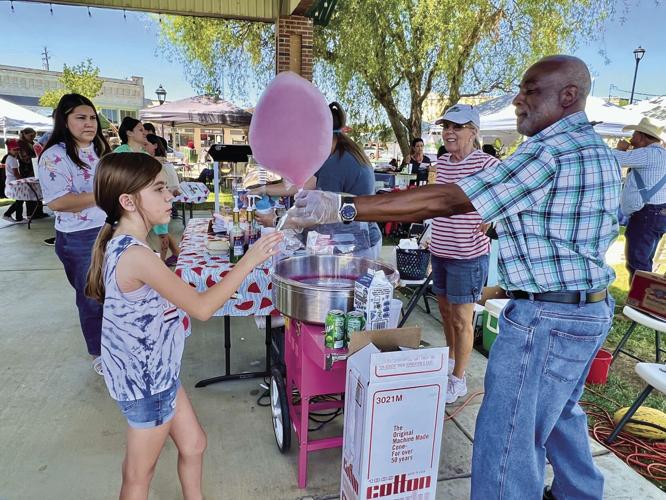 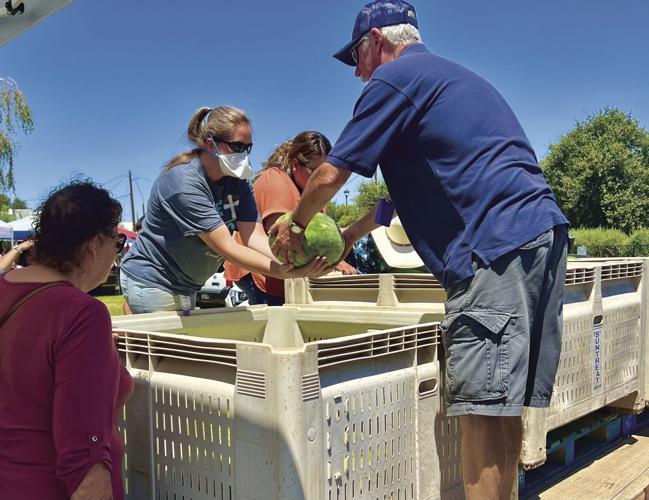 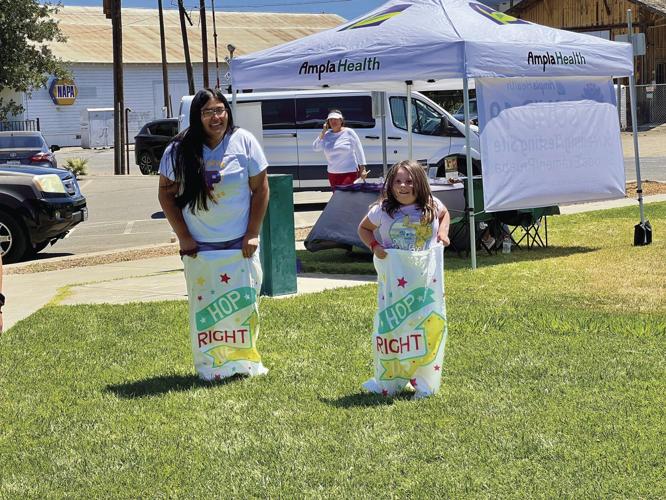 There were several carnival games for attendees of the Arbuckle Watermelon Festival to enjoy on Saturday, including the sack races run by members of the Pierce High School Cheer Team.

There were several carnival games for attendees of the Arbuckle Watermelon Festival to enjoy on Saturday, including the sack races run by members of the Pierce High School Cheer Team.

The community of Arbuckle gathered together on Saturday to celebrate all things summer at the first-ever Arbuckle Watermelon Festival, hosted by the Arbuckle Revitalization Committee.

“We as a committee wanted another event that brings everyone of all ages together and I think we accomplished that,” said committee member and event organizer Elijah Rodriguiz. “... I enjoyed seeing everyone having such a great time.”

The festival, held at LaVanche Hurshe Park in Arbuckle, featured a kids carnival with games, snacks and activities as well as local vendors and a watermelon carving contest.

Music by local DJ Gerry V. DJ Flatz played during the festivities and the smell of summer staples like hot dogs and barbeque filled the air.

There were also several local vendors onsite, selling everything from stuffed animals and toys to handmade crafts and decor, aguas locas (crazy flavored water) with a special rim dip and a variety of chamoy candies, jewelry and more.

And of course, as the star of the festival, bins of watermelon were available for sale for just $5.

Rodriguez said he was inspired to bring an event of this kind to Arbuckle to bring the community together and raise funds in a fun way for the revitalization of downtown Arbuckle and for the restoration of the historic Train Depot – a project the committee has been working on for a long time.

“We have been working with the county a lot this year, submitting blueprints and creating an action plan so we can move forward with the next step,” said Rodriguez. “People want to see visual progress and we are trying very hard to get that ball rolling.”

The Arbuckle Revitalization Committee purchased the decaying Train Depot building years ago with the hopes of restoring the structure and moving it slightly toward Veterans Memorial Park to comply with current regulations.

“We would like to use as much of the original materials as possible when we rebuild it at the new location,” said committee member Diana Lytal. “Once the depot is complete, we plan to use it as a community meeting place, with maybe some signage with the history like a museum.”

Rodriguez, who said this was his first time running an event of this magnitude, received several positive comments from community members who attended the event.

“The community enjoyed the festival and asked if we will be doing it again next year and the answer is yes,” said Rodriguez.

Other annual events hosted by the Arbuckle Revitalization Committee include its annual golf tournament, the Arbuckle Car Show and Depot Birthday Barbecue, the Pumpkin Festival and the Downtown Stroll at Christmas time. Proceeds from all of these events go toward downtown improvements and funding the Train Depot restoration project.

“We are grateful to be in such a wonderful community like Arbuckle and I couldn’t imagine being anywhere else,” said Rodriguez.