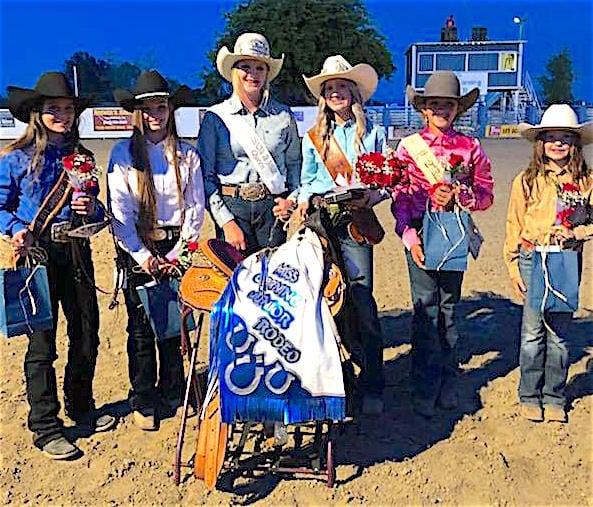 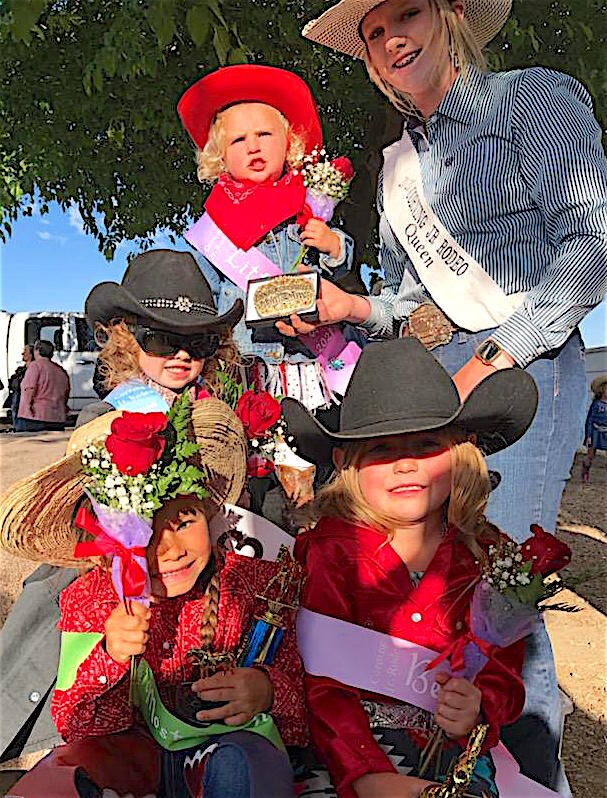 The 39th annual Corning Jr. Rodeo was full of excitement and action as young cowboys and cowgirls competed in events steeped in western tradition on Saturday at the Estil Clark Park rodeo grounds.

Starting with the Hospitality Mixer on Friday, May 21, cowgirl Jade Piche ran a winning ride for the title of Corning Jr. Rodeo Queen. Piche, 14, is the daughter of Chris and Regan Piche of Richfield.

Piche, who won the contest riding her Quarter Horse, Cadillac, said, “I am excited to be representing the Corning Jr. Rodeo as a queen because I look forward to representing my hometown doing something I love.” She received a brand new saddle sponsored by Rolling Hills Casino and Equestrian Center, custom-made chaps, a sash and other prizes.

First runner-up was Jacey Pray 17, of Shingletown, and second place went to Camryn Schweninger. Contestants Savannah Trimm and Daisy Dokken also did well in the competition before judges Mike and Leigh Grider.

Opening Saturday's rodeo was the National Anthem leading into the rodeo's Grand Entry featuring all contestants with a crowd of friends and family cheering them on.

More than 100 cowboys and cowgirls from Nevada, Oregon and throughout California competed in the junior rodeo starting with slack early Saturday morning, as well as several locals from Corning and the surrounding area.

Mutton Bustin', one of the rodeo's highlights and a real crowd pleaser. During this event youngsters ages 4-6 do their best to stay atop a wild and woolly sheep. This year's winners were Weston Burnett and Clarissa Kent..

Announced during the rodeo was the recipients of the Corning Jr. Rodeo Association Butch Trimm Scholarship – Shelby Dunning who is graduating from Los Molinos High School this year.