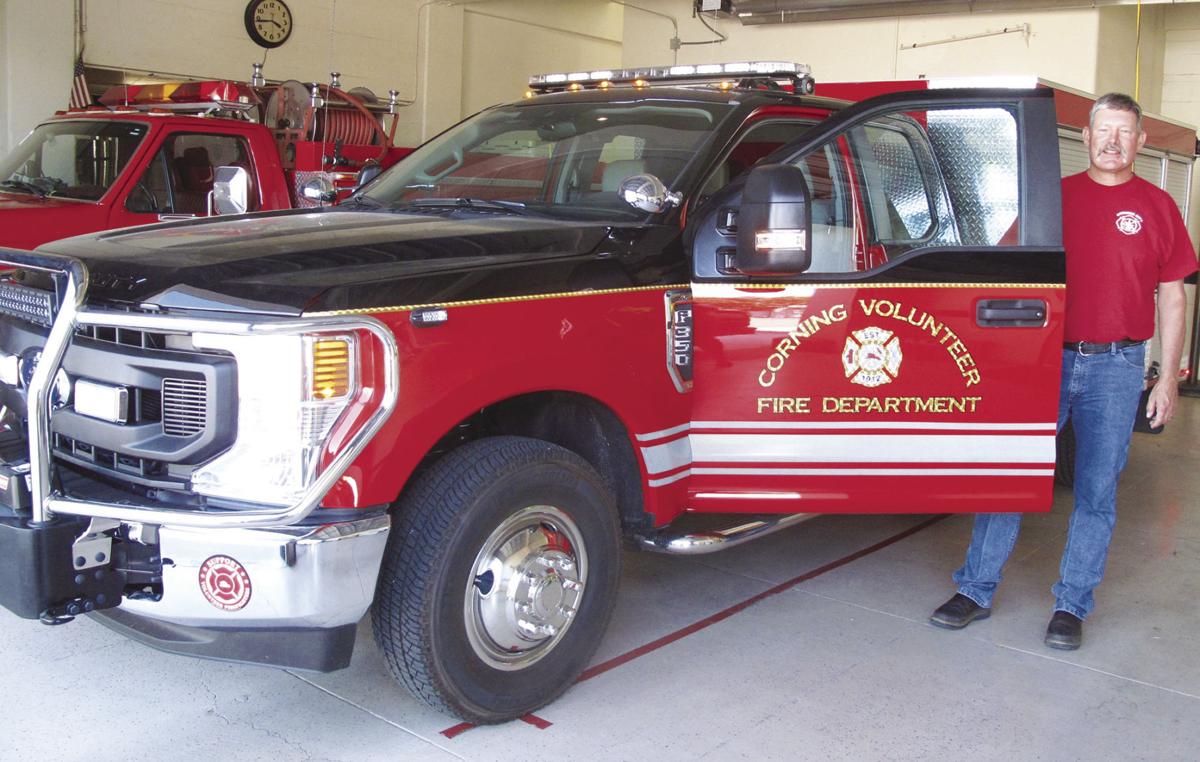 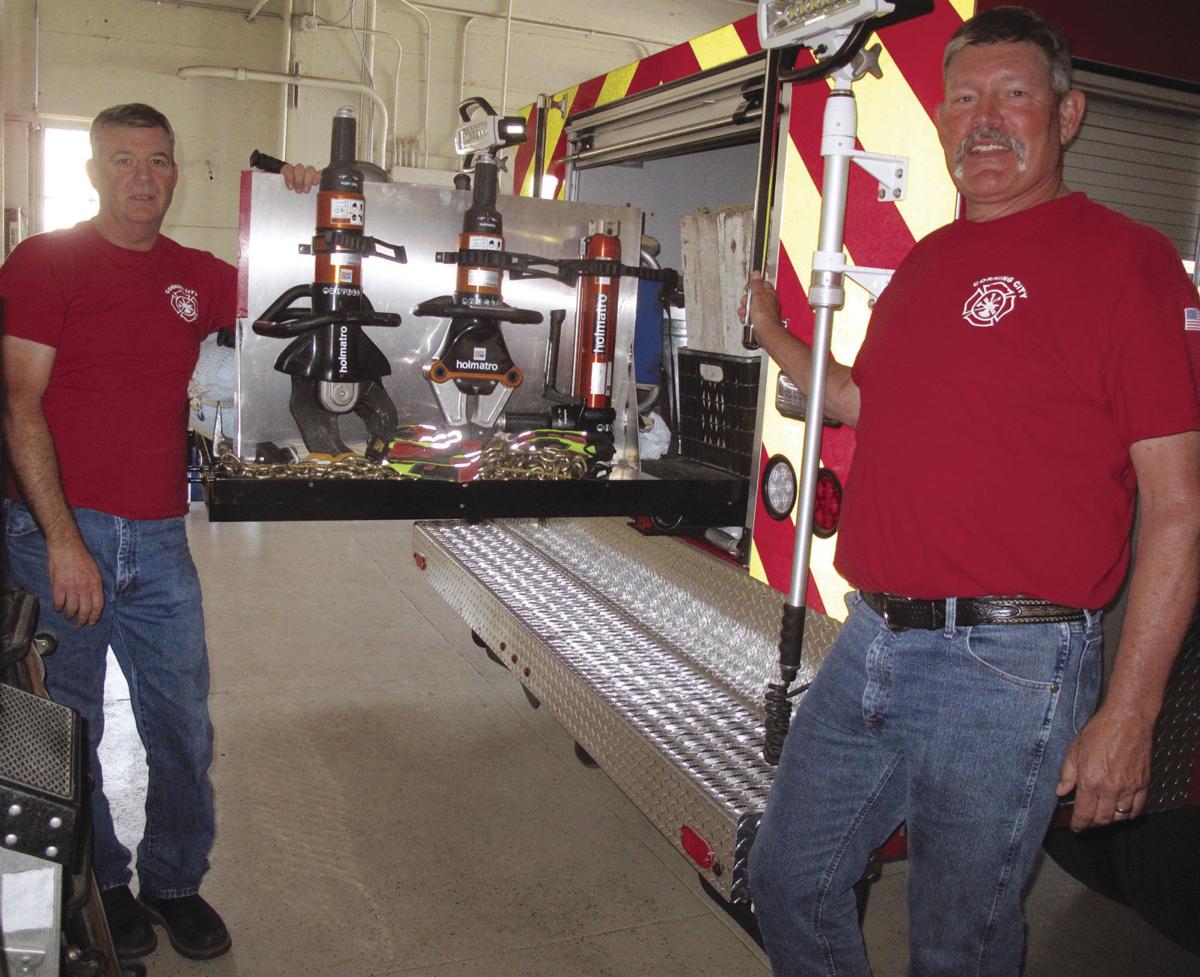 Showing one of the many attributes of the Corning Fire Department’s new squad truck, such as the pull-out extrication equipment rack, is Corning Fire Dispatcher Daymon Schlereth, left, and Fire Chief Tom Tomlinson.

Showing one of the many attributes of the Corning Fire Department’s new squad truck, such as the pull-out extrication equipment rack, is Corning Fire Dispatcher Daymon Schlereth, left, and Fire Chief Tom Tomlinson.

Drive by the Corning Fire Department on Fifth Street and you will see a new medical emergency rescue squad truck has joined the ranks alongside the new fire engine that arrived a year ago.

The 2020 Ford F350 is an extended cab vehicle equipped with new gear and a number of improvements over the former squad truck, said Corning Fire Chief Tom Tomlinson.

Purchased using Measure A capital improvement funds at the cost of $100,000, the truck was bought from Fouts Brothers in Georgia, was equipped in Texas and then drove out to its new bay at the fire hall.

“We transferred some equipment from the old squad,” Tomlinson said. “And in some ways the new truck is similar to the old one, but a vast improvement.”

The former squad is being sold as surplus through Bid.Cal.

“This new truck is much more reliable and with the extended cab offers much more functionality for the department,” Tomlinson added.

Improvements include transverse trays making it much easier for loading and unloading equipment, and doesn’t require a generator to run high beam lights as they can now be ran off the vehicle’s battery.

The truck is also fitted with a front-end 12,000 lb. Capacity winch and a brush bar.

Tomlinson also pointed out the squad’s paint job is similar to the one on the department’s new fire engine.

“We use the squad truck for all medical emergencies, fire responses and incidents that require extrication equipment,” he added.