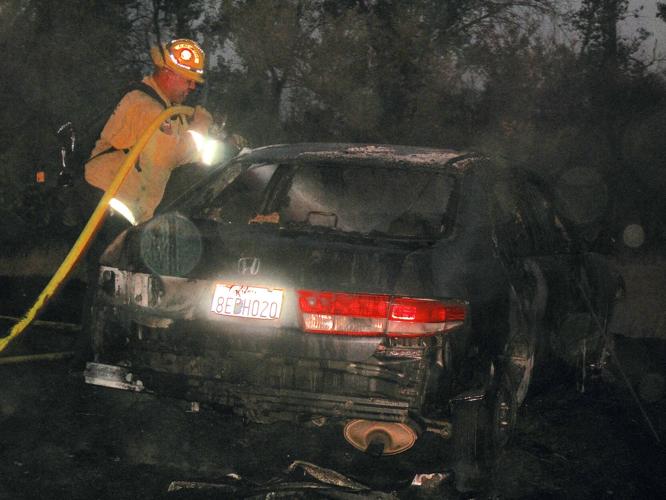 A Honda sedan reportedly driven by Christopher Thompson, 33, of Gerber ended up in the Thomas Creek bed totally destroyed by fire following a high speed pursuit on July 30. 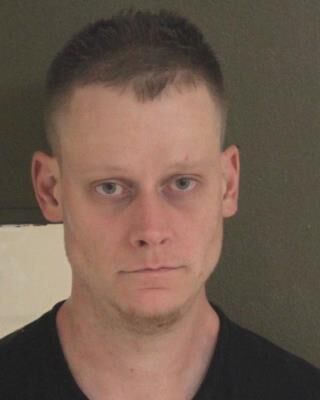 A Honda sedan reportedly driven by Christopher Thompson, 33, of Gerber ended up in the Thomas Creek bed totally destroyed by fire following a high speed pursuit on July 30.

A high-speed vehicle pursuit in the south end of Tehama County ended with a Honda sedan consumed by fire and the arrest of Christopher Thompson, 33, of Gerber on July 30.

The pursuit began around 8 p.m. with a Tehama County sheriff’s deputy attempting to make a traffic stop on a Honda sedan reportedly driven by Thompson.

The driver allegedly failed to stop and instead sped away leading the deputy in a pursuit reaching 100 mph down Interstate 5, Gyle Road, Corning Road and many other roads.

While traveling down the road, with law enforcement in pursuit, Thompson reportedly went east into a driveway just north of Thomas Creek where he traveled along dirt paths and walnut orchards before coming to a stop along the creek.

When the vehicle caught fire in vegetation, Thompson reportedly ran away into the creek where he was soon located and taken into custody by law enforcement.

He was arrested and booked into the Tehama County Jail on $50,000 bail and suspicion of felony possession of firearm by felon, evading peace officer with wanton disregard for safety, cause fire of forestland, person prohibited from possessing firearm/ammunition and several misdemeanor charges.

Cal Fire firefighters doused the fire-engulfed Honda and stopped the spread of fire from surrounding vegetation.

A California Highway Patrol helicopter and patrol assisted in the pursuit and Thompson’s capture.