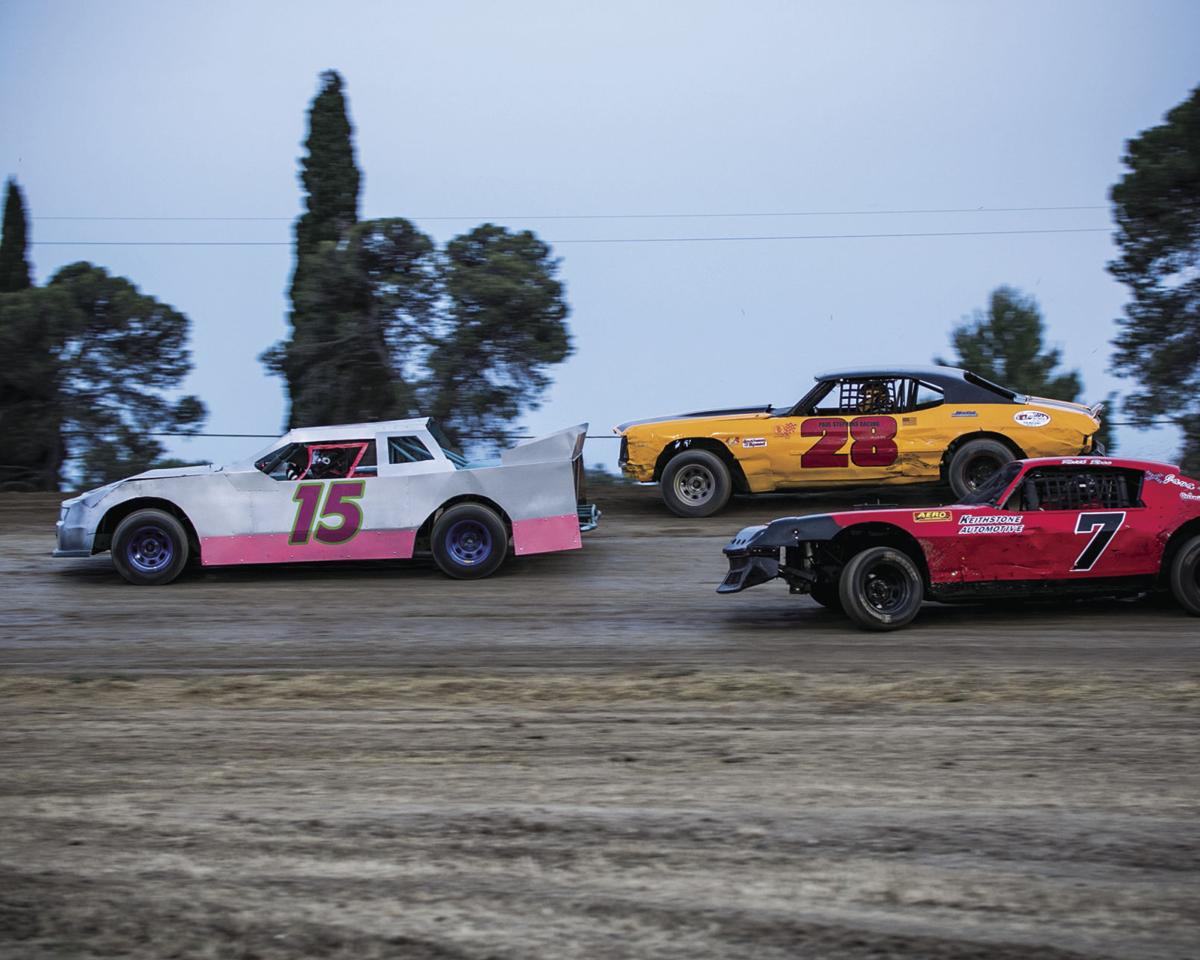 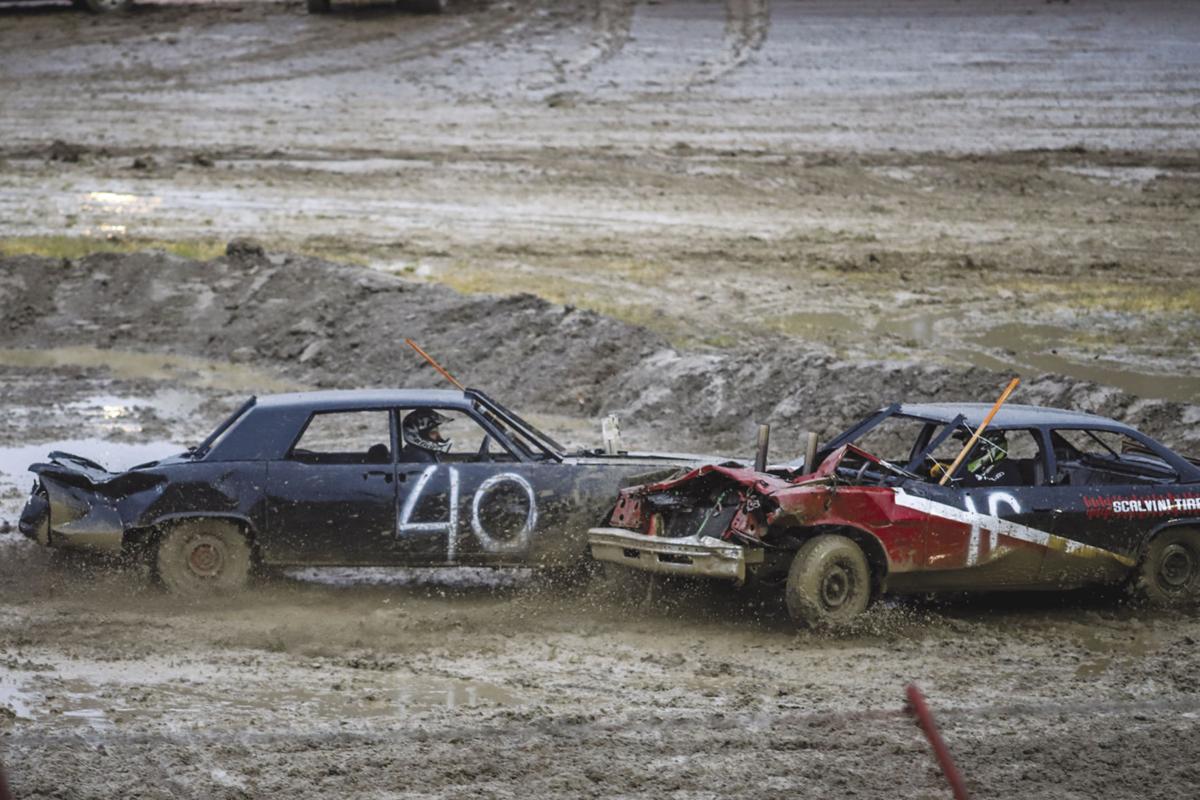 The Destruction Derby hit the Glenn County Fairgrounds during the fair on Saturday night. 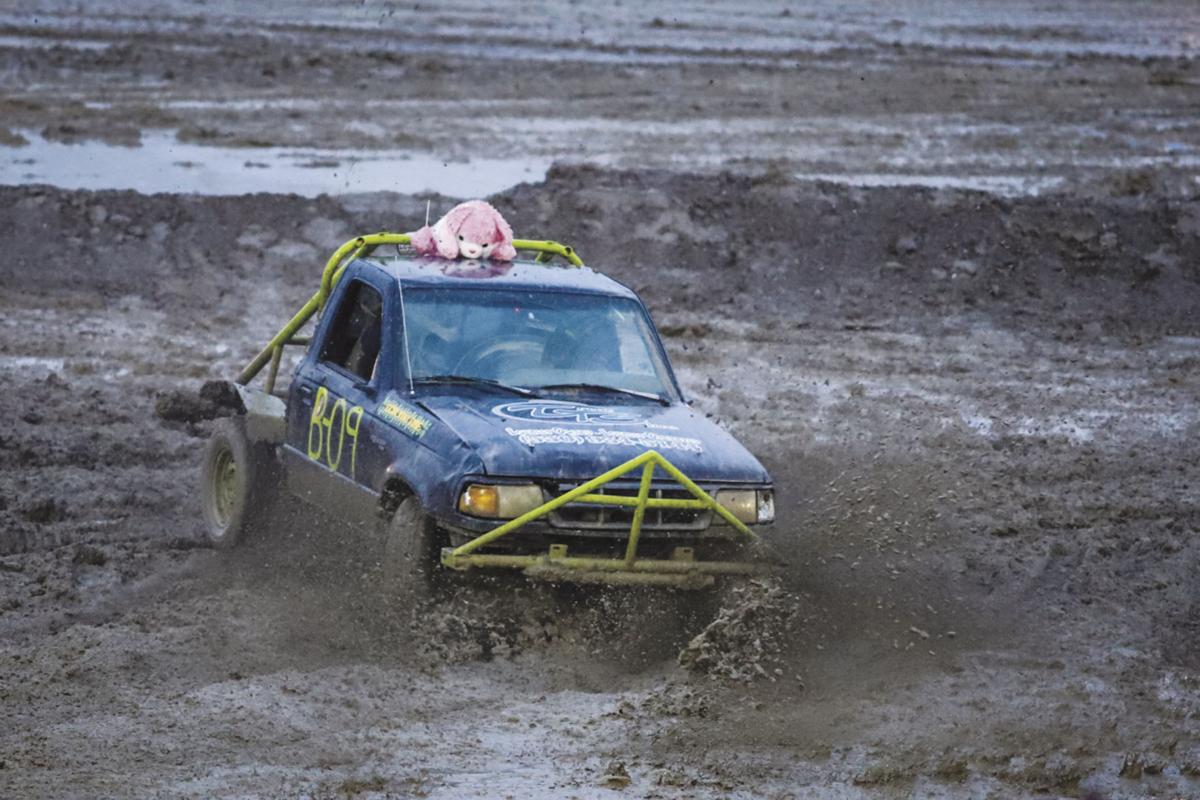 Participants take part in the Tough Truck event during the Glenn County Fair on Saturday night. 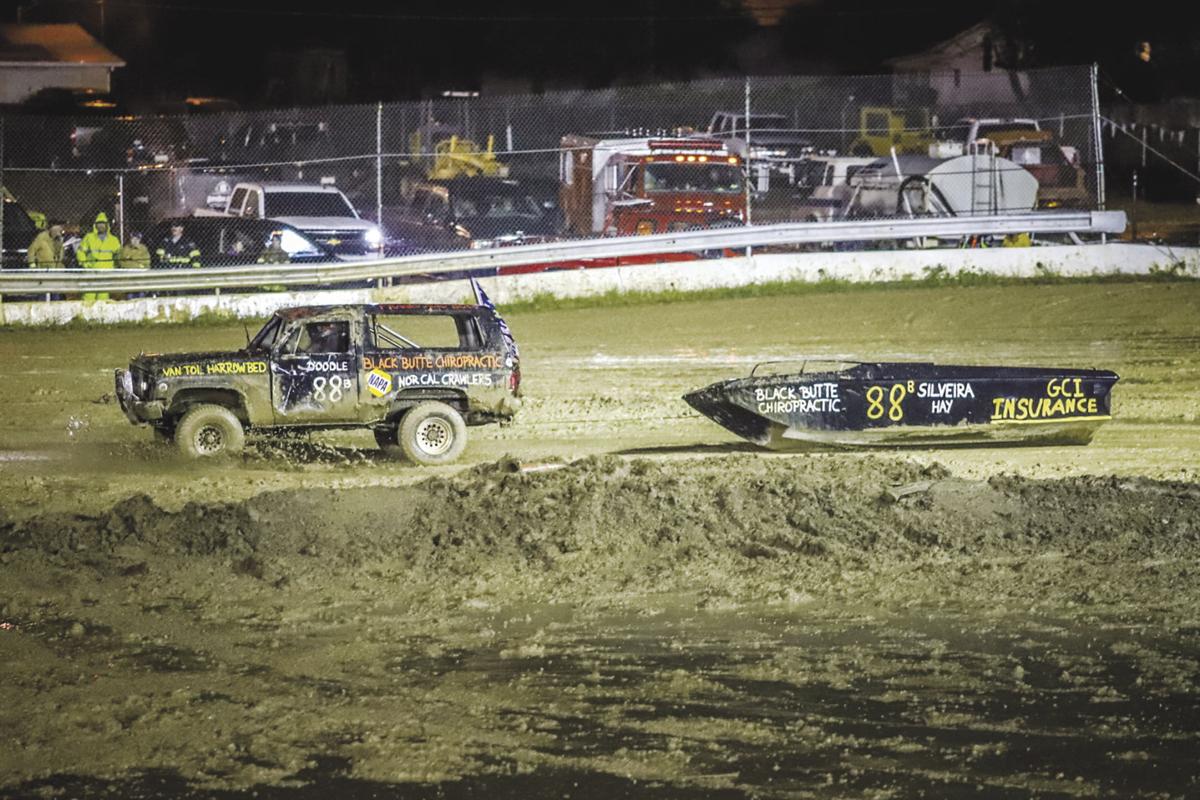 The Boat Race took place during the Glenn County Fair on Saturday.

The Destruction Derby hit the Glenn County Fairgrounds during the fair on Saturday night.

Participants take part in the Tough Truck event during the Glenn County Fair on Saturday night.

The Boat Race took place during the Glenn County Fair on Saturday.

Wes Smock won the 20 lap Pure Stock Main Event Friday night at Orland Raceway. Smock is a past Mini Stock champion at the speedway who hasn’t competed in recent years. The races were part of the annual Glenn County Fair, and a big crowd was in attendance to watch the action-packed show on the 1/5 mile dirt oval.

Smock started in the second row of the Pure Stock feature behind reigning champion Paul Stephens and point leader Phil Spencer. Spencer led a pair of laps before Smock made an inside pass in Turn 4 to take the lead on lap three. Smock continued to lead as Keith Ross battled Spencer for second. Ross made an inside pass in Turn 2 of the eighth lap take second, and Spencer found himself restarting in the rear after a lap 10 tangle with Jason Matlock in Turn 2.

Smock continued to lead on the restart and over the remaining 10 laps for the impressive victory. Ross held on for second with Spencer, Stephens, Steve Martin and John Camper rounding out the Top 6. There were three 10 lap heat races, and Stephens won a good battle with Ross to win the first heat. Spencer and Smock where the other heat winners.

Tony Richards sped to his third twenty lap Wingless Spec Sprint Main Event victory of the season. Richards had the pole for the Main Event and charged into the lead from the drop of the green flag. Point leader Denny McNary was a race long second, but he finished a straightaway behind Richards at the checkered flag. Jeremy Langenderfer, RJ Baker, Ryan Owens and Cort Marchuk completed the Top 6. Richards and McNary won their respective 10 lap heat races.

Tyler Rodgers won a wild 20 lap B Modified Main Event. At the green flag, Rodgers raced between Jake Van Tol and Scott Savell to take the lead. Savell had second until being passed on the inside by Van Tol on lap four. Van Tol was in close pursuit of Rodgers as they worked slower traffic. Unfortunately, Savell spun in the fourth turn and collected the duo for a lap 15 yellow flag. This put Jimmy Ford into the lead for the restart, but Jason Ferguson charged ahead. Rodgers and third-place Richard Vander Ploeg got together with Vander Ploeg spinning on the front stretch as they were about to receive the white flag.

On the restart, Rodgers made a strong move on the inside behind Ford to gain second. Rodgers went low exiting Turn 4 and gained the lead as they took the white flag. As Rodgers went on to victory, Van Tol beat Ford back to the line for second. Vander Ploeg, Savell, Ferguson and David Larabee completed the finishing order. 10 lap heat race wins went to Savell and Van Tol.

2016 Mini Truck champion Dan Webster returned and won the 20 lap Main Event. Webster led from the start with Hayfork visitor Ian Thulin enjoying a good battle with William Fogle for second during the early stages of the race. Unfortunately, Fogle and Kalvin Kvalvik tangled in Turn 2, putting them at the back of a lap eight restart. Webster continued to lead and scored the victory ahead of Thulin. Fogle rebounded for third, followed by Kvalvik and Beau Chandler. Webster and Fogle were the 10 lap heat race winners.

Reigning champion Tom Davis went flag-to-flag to win the 20 lap Mini Stock Main Event. Barbara Crain held second for most of the race until a lap 19 restart enabled Jason Libbee to make a move for the position. Libbee took over second but could only chase Davis across the line. Crain settled for third, followed by many time Susanville champion Larry Whitebird and Bion Barr.

When racing resumes on June 1st, fans will be in for a treat as the NorCal Dwarf Car Association makes their first appearance at the speedway in years. The California Hardtops will be there along with the Pure Stocks, Mini Trucks and the two Micro Sprint classes. For further information, go to the Orland Raceway Facebook page.