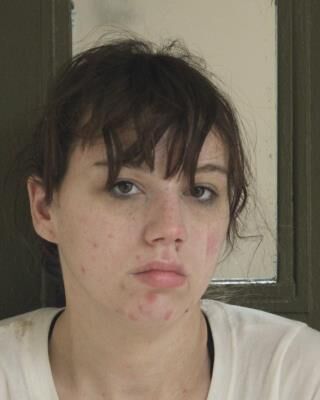 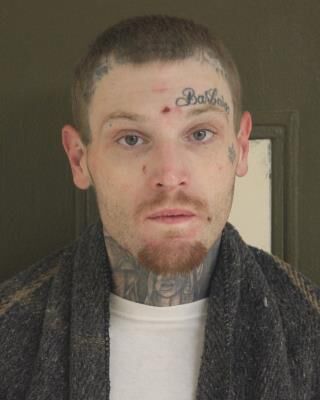 A reported hit-and-run in Red Bluff resulted in a police pursuit, a crash and the arrest of two suspects on Jan. 8.

The Red Bluff Police Department received a 911 call around 1:51 p.m. regarding a collision that occurred at 725 S. Main St., in Red Bluff, stating a green Dodge SUV had sideswiped their vehicle and then continued to drive away without stopping and exchanging information.

Officer soon located the suspect vehicle, which allegedly raced off in an attempt to flee police. With lights and siren activated the officer pursued the SUV down Wilcox Road, the Dodge reportedly displaying wanton disregard to other traffic and bicyclists on the roadway.

When the SUV became stuck in a wooded area about 1.5 miles into the pursuit, the driver, Kayla Hudgens, 27, and passenger, Joshua Pennock, 34, reportedly ran away into the woods.

Red Bluff police, California Highway Patrol, Tehama County Sheriff's Office and a canine from the Bureau of Land Management search the area but were initially unable to locate the suspects.

A short time later, a citizen contacted the Red Bluff Police Department and advised there were two subjects walking in the area where officers had been searching.

Hudgens and Pennock were then located by police, arrested and booked into the Tehama County Jail – Pennock on $15,000 bail and suspicion of felony conspiracy to commit a crime, accessory, obstruct/resist arrest and misdemeanor charges; Hudgens on $15,000 bail and suspicion of felony evade police with wanton disregard for safety, false personate and misdemeanor charges. Both were found to have outstanding warrants from Butte and Tehama counties. Pennock was on post release community supervision at the time of this arrest.

Red Bluff Police Chief Kyle Sanders said his department is very appreciative of the assistance they received from residents and fellow agencies in the successful arrest of the suspects.