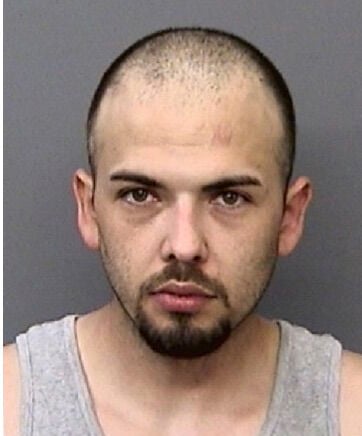 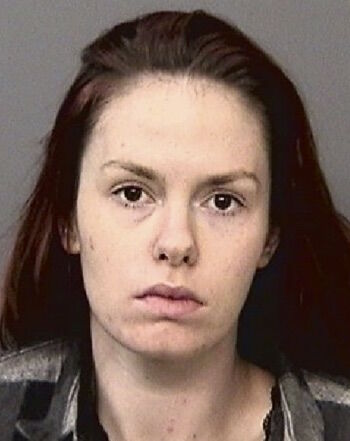 Two armed robbery suspects who threatened to kill an elderly woman, were caught in Red Bluff with help from the Red Bluff Police Department on April 28.

Timothy Wilt, 33, and 24-year-old Allissa Long, both of Oroville were located at an apartment complex at 820 Kimball Road, where they were arrested and booked into the Shasta County Jail on suspicion of robbery, criminal threats, conspiracy, and elder abuse with great bodily injury. Long's bail was set at $50,000, with Wilt held without bail due to a violation of probation warrant.

According to the Shasta County Sheriff's Office, a 74-year-old woman was attacked and robbed at her home on the 11000 block of Alee Lane in Redding around 11:30 p.m.

It appears the woman had just arrived home after winning an undisclosed amount of money at Win-River Casino in Oroville. She was reportedly still seated in her vehicle when she was approached by Wilt who was armed with a handgun. Wilt allegedly told the woman to give him her money or he would shoot her. The woman was holding onto her purse and a struggle ensued, during which the elderly woman was dragged out of her vehicle before losing control of her purse to Wilt who then ran to a waiting vehicle, reported the Shasta County Sheriff's Office.

Through surveillance footage of Wilt and Long, detectives from the Shasta County Sherif'f's Major Crimes Unit reportedly observed the two suspects follow the victim out of the casino to her car. Surveillance footage allegedly confirmed Wilt’s vehicle followed the elderly woman as she left the casino property. Further witness statements and surveillance showed Wilt’s vehicle following the victim to her residence on Alee Lane, said the sheriff's office.

Detectives learned Wilt and Long were possibly at the Kimball Road apartment complex, and requested assistance from the Red Bluff Police Department in locating the suspects.

Red Bluff police discovered Wilt's vehicle in the area of the complex and reportedly received information the two suspects were in an apartment and were refusing to come out. After half an hour, Wilt and Long complied and exited the apartment without incident.

A subsequent search of the apartment was conducted, and detectives allegedly located evidence corroborating what was viewed in the surveillance footage.

The elderly woman suffering a laceration to her arm, was transported to an area hospital where she was treated and later released.

This is still an active and ongoing investigation. If anyone has any information regarding this investigation, they are encouraged to contact the Shasta County Major Crimes Unit at 530-245- 6135 or by email at MCU@co.shasta.ca.us.

The Shasta County Sheriff’s Office expressed its appreciation to the Red Bluff Police Department for its quick response to the request and overall assistance.