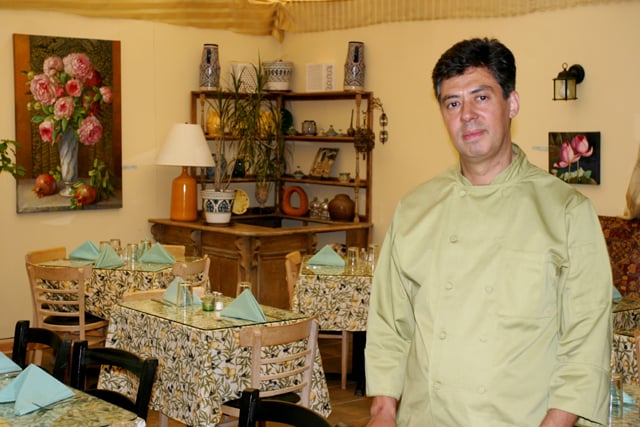 Salim Ben Mami stands inside his restaurant, Café Collage in Oregon House. Salim will be writing a weekly column, beginning today, about Mediterranean cuisine for the Appeal-Democrat, which he has titled “Culinary Odyssey.” 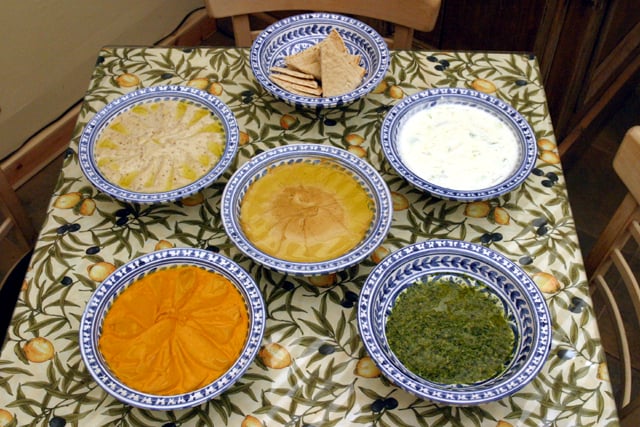 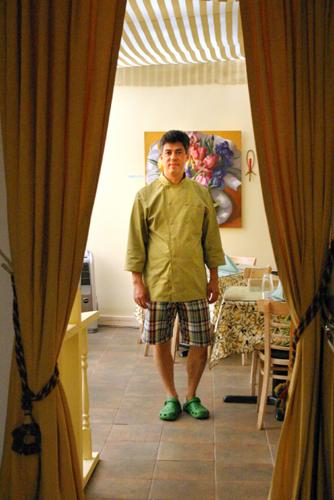 Salim Ben Mami stands inside his restaurant, Café Collage in Oregon House. Salim will be writing a weekly column, beginning today, about Mediterranean cuisine for the Appeal-Democrat, which he has titled “Culinary Odyssey.”

Editor's note: Salim Ben Mami, owner and head chef at Café Collage restaurant in Oregon House, has offered to share one of his Mediterranean recipes each week in the Appeal-Democrat Food section. The following story is an introduction for Salim's new column and a glimpse into his culinary philosophy.

For Tunisia native Salim Ben Mami, the Sierra Foothills feel like home. "When I came to Oregon House, I saw that the area had a very Mediterranean climate and landscape."

But it wasn't just the climate. "There's a large variety of natural foods grown here, which is a lot like the Mediterranean," Salim said, "and the essence of Mediterranean food is its simplicity and the richness of the ingredients."

To keep with the Mediterranean theme, Salim said he's naming his weekly column, which begins today in the Appeal-Democrat, "Culinary Odyssey," because he likens it to Ulysses and his journey around the Mediterranean, with exciting things happening along the way.

His ideas for the column go beyond the recipes. Salim said he plans to combine a recipe with further information, such as the history of the recipe or other ways to use the ingredients.

"I don't have a plan to start in Greece and end up in France or Spain, because the column will be based on the feedback I hope to get, what is going on in the market and what's in season, as well as my own inspiration," Salim said.

"For instance, during the fall when it's olive harvest time, I can write about olives: the different types and the different tastes, and then give a recipe where olives or olive oil are used.

"Then, later, I might give a recipe for something like a French caussolet with beans and pork and bacon that is eaten in winter.

"I want to have feedback from the people who read the recipes, so that people can ask me questions about foods and recipes," Salim emphasized.

"I cook because it's like something is forced out of your being. It's something natural, like breathing. It's both a therapy and a necessity for me," he explained.

"For me, cooking is a canvas of time with the colors and textures of spices, markets and fresh foods growing under the sun and from the necessity to express oneself and share one's natural gifts with others."

Salim's love of food goes back to his father, a farmer who grew oranges and mandarins as well as olive trees, and his mother, who introduced him to the joys of cooking.

He said his column's first recipe is a hummus dip made with garbanzo beans (also known as chickpeas). Salim said that every ingredient in the dip is natural, and that he'll explain the importance of selecting just the right garbanzo beans and garlic for just the right flavor and consistency.

Salim said his restaurant, Café Collage on Rices Crossing Road in Oregon House, provides European- and Mediterranean-style meals to fill the tastes of the people who live in the area, with their wide variety of cultural backgrounds.

He said he's able to do that because of the wide variety of natural, healthy, organic foods that are available in the foothills.

Salim mentioned there are many local ranchers who raise Angus beef, as well as goats and sheep. He also pointed out that the area boasts four very good wineries — Lucero, Grant and Eddie, Clos Saron and Renaissance — and that four of the local olive oil companies were recently awarded gold medals at the Los Angeles County Fair for their extra virgin olive oil.

To ask chef Salim Ben Mami questions about food or recipes or to make a culinary suggestion, contact him at 692-2555 or www.cafecollage.net.

Historic vegetable is so good for you

Chickpeas, also known as garbanzo beans (cicer arietinum), are a popular edible legume of the family Fabaceae. They are a rising star in the realm of nutrition and are high in protein. They are rich in fiber and include ample quantities of calcium, potassium magnesium and iron. Chickpeas seem to be one of the earliest cultivated vegetables: 7,500-year-old remains have been found in the Middle East.

Today, chickpeas are grown in the Mediterranean, Western Asia, the Indian subcontinent and Australia. These flavorful legumes have been incorporated into a large variety of dishes, ranging from soups, salads and dips. In fact, chickpeas are best known as the main ingredient in hummus.

Most recipes call for dried chickpeas that are soaked in water. In most cases, you can substitute with canned chickpeas. I prefer to use the dried ones and often look for the small dried chickpeas because they offer a better texture and flavor.

Soak chickpeas in 10 cups water for six to 12 hours (the longer they soak, the shorter the cooking time).

Transfer chickpeas to a large pot, add 10 cups water and bring to a boil over high heat.

Reduce heat to low and cook uncovered. Cook for about two hours, until chickpeas are soft. Let stand for 15 minutes and then drain and rinse using cold water.

I usually prefer to use a Vita Mix blender to prepare this recipe. The paste is smoother and has a better texture.

Using a food processor or Vita Mix, puree all ingredients into a smooth paste. Add more water, if necessary. Serve cold with a little extra virgin olive oil on top.

Salim Ben Mami is head chef and owner of Café Collage in Oregon House. Contact him at 692-2555 or cafecollage.net.

What are you looking forward to in 2023?