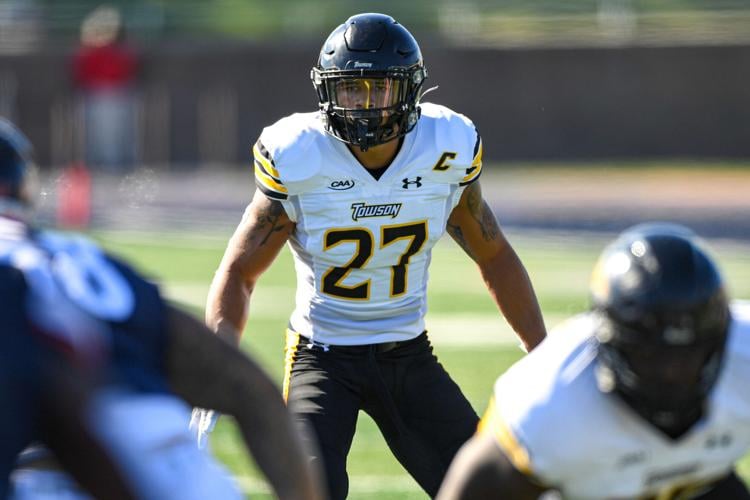 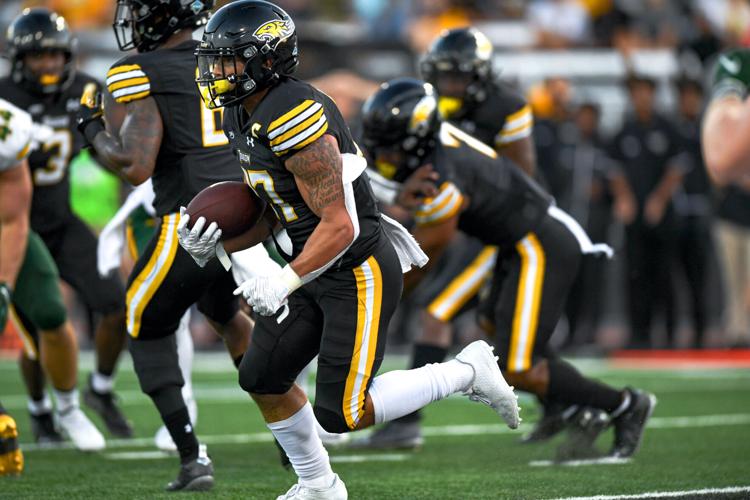 Brown played both ways, including quarterback, and won a California Interscholastic Federation (CIF) state championship as a junior in 2015. He also played basketball and baseball and was a constant fixture on the East Nicolaus campus for four years.

“He is that guy who is first to the field and the last off and the one that shows up when everyone else is resting or taking a break,” said Stinson, who coached Brown from 10 years old through high school.

Brown went on to play junior college football at Sierra College where he switched to being a full-time safety. Brown finished his sophomore season as one of the best junior college defensive backs in the state with 119 tackles and a pair of forced fumbles.

The next step for Brown was the Football Championship Subdivision level at Towson University in Maryland. He had many highlights while at Towson, including a career-high game at Florida in 2019 and an all-conference selection his redshirt senior season.

“It’s no surprise to see that SJ quickly adapted to each level as he progressed from youth, high school, junior college and Division I football,” Stinson said. “He always had an instinct to be around the ball and watching him play defense and direct defensive secondaries, again speaks to his ability to effectively lead. He makes big plays on the defensive side of the ball either with timely physical hits or creating turnovers.”

Brown, a 5-foot-11, 200-pound safety originally from Plumas Lake, recently made the decision to throw his name into the NFL Draft. He hired an agent, according to his family, and is currently preparing for Towson’s Pro Day, which has yet to be announced.

Brown recently posted a statement on Twitter about his decision to pursue a career in the NFL.

“I wanted to start by thanking God for every blessing he bestowed upon me. I want to thank all the coaches at Towson University for taking a chance on me,” Brown wrote. “Thank you to my juco family at Sierra Community College and (East Nicolaus). I am forever grateful for the bonds and relationships I’ve created that I will never forget. It’s been a long journey and it’s not over yet.”

Brown went on to say that he has decided to keep chasing his dreams and declare for the NFL Draft that takes place April 28-30.

Brown currently has a profile at https://draftscout.com where he is listed as both a free safety and strong safety with a 40-yard dash time that ranges from 4.52 to 4.72. There is no projected round for Brown to be selected in next month’s draft.

The uncertainty from the outside world is nothing new to Brown. According to a story on flofootball.com, Brown did not have a lot of Division I interest following his stint at Sierra College in Rocklin.

There was even hesitancy on the part of Towson to recruit a player from California.

Ben Noonan, Brown’s coach at Sierra College, said via the flofootball.com report that other sections of the country have a tendency to not look too hard at west coast recruits.

“There’s always a hesitation in the south and in the different states,” said Noonan, who has previous stints coaching at Baylor and Alabama State. “‘Oh those California guys, they never fit in here. They get homesick or they’re not tough.’”

He moved into the secondary’s starting lineup in the third game of the season and never left.

Brown was among the conference leaders in tackles per game in 2019, was selected Defensive Player of the Week, tied for the team-lead with 87 tackles and finished with two interceptions that year.

The next season, which was 2021 due to the COVID-19 pandemic, Brown was selected fourth-team all-conference as a defensive back.

Of course none of this is news to Stinson.

He had been watching Brown dominate for much of his younger life.

“There are some incredible plays SJ made while at East Nicolaus. A couple images remain fresh in mind,” Stinson recalled. “One is him on a diving (touchdown) run – clipping the pylon fully outstretched – he made in the game at Durham.”

Stinson recalled an incredible score that Brown had in the state championship in 2015 to beat Coronado.

“The 13-yard touchdown run through the middle of the defense in the fourth quarter to seal the win at the state championship game in San Diego his junior year,” Stinson said.

While that score was a good one, Stinson said there was another that topped it that day.

“The one play that still remains for me as my favorite was the naked bootleg run on fourth down at Coronado with the Spartans leading 8-6,” Stinson said.

Brown converted a first down on that bootleg to clinch the state title.

“For a junior quarterback in a pressure situation he was patient, sold a great fake to Donavan Switalski and then used his elusiveness to pick up the first down and extend the drive when the game was still very much in doubt,” Stinson said.