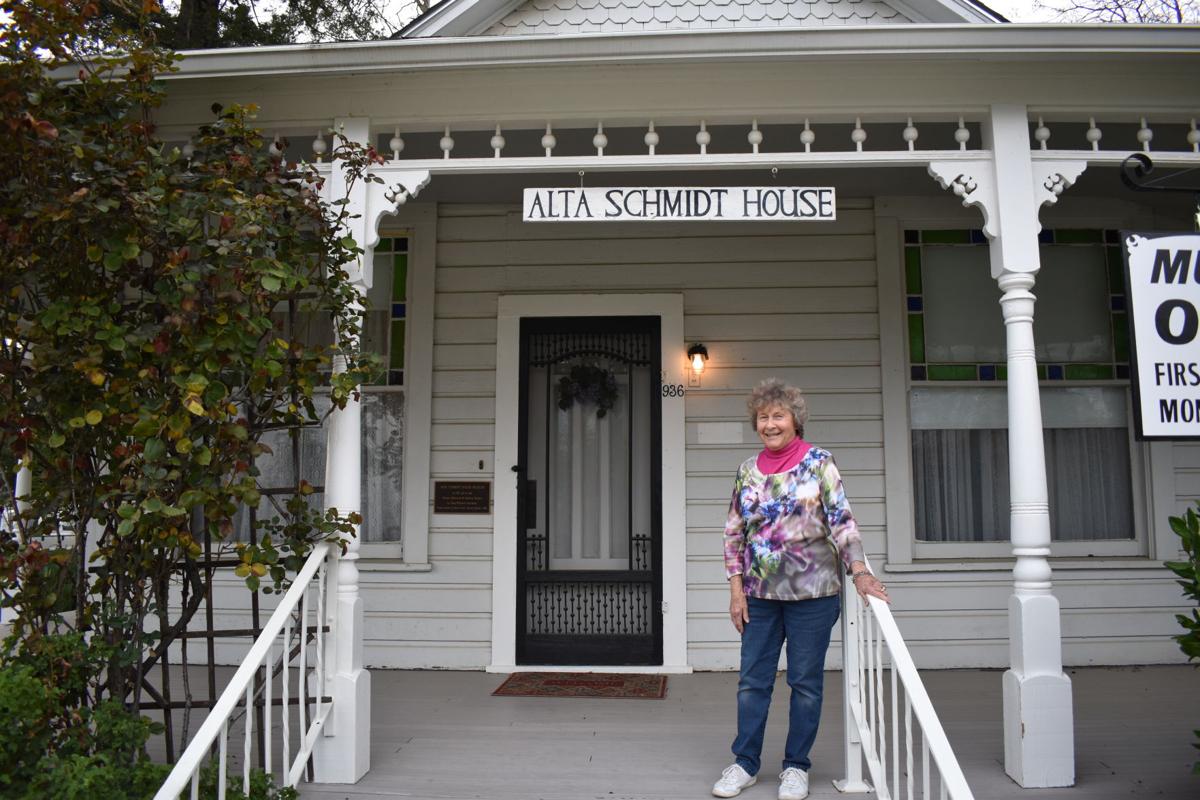 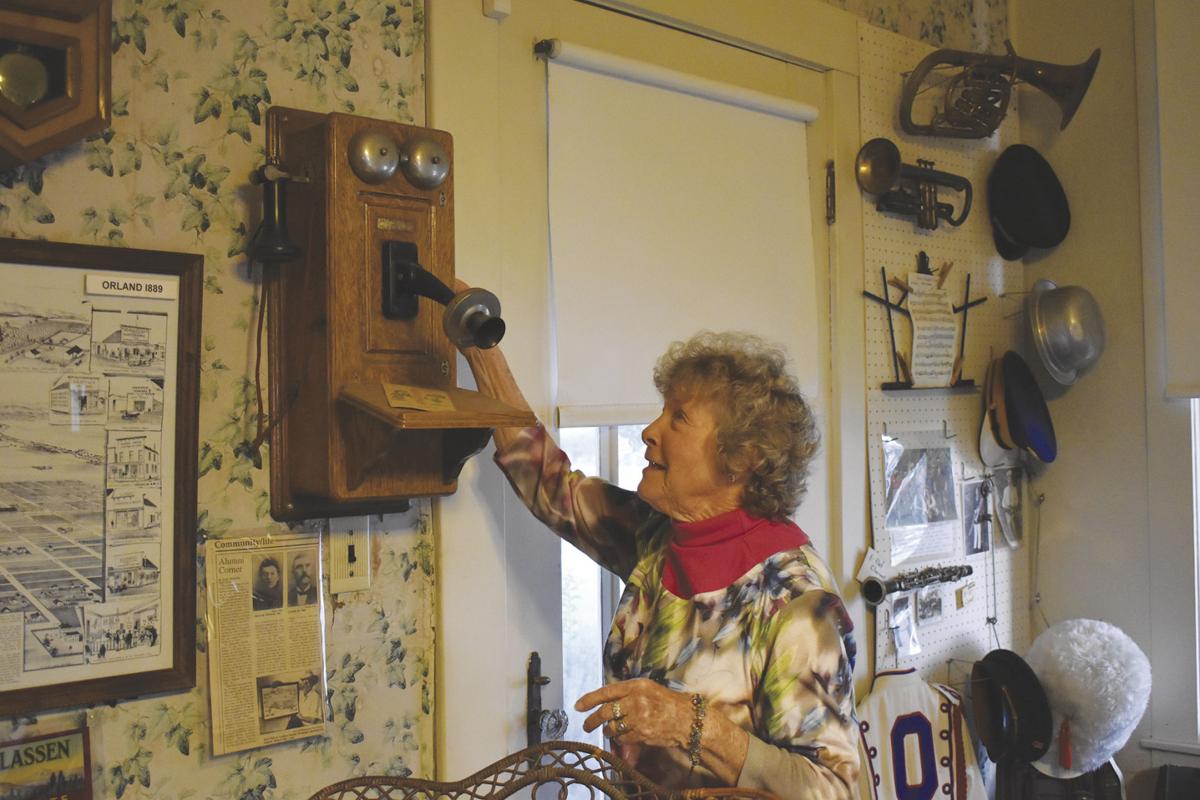 Shirley Ceccon talks about how an old-time phone would work in the Alta Schmidt House Museum on Friday, March 6.

Shirley Ceccon talks about how an old-time phone would work in the Alta Schmidt House Museum on Friday, March 6.

On the first Friday of each month, people can take a walk through a more than 100-year-old house filled with history.

The C.F. Schmidt family home – which was built in 1901 – was willed to the Orland Historical and Cultural Society upon the death of Edna Schmidt Ingraham with the request that it be used as a museum and named in memory of her sister, Alta Schmidt, according to “Orland’s Colorful People: Book 1” by G.H. Russell.

The home is now known as the Alta Schmidt House Museum.

Shirley Ceccon, first vice president of the society, said the house has several pictures from the Schmidt family along with some keepsakes. There are also a number of other items from the past.

“Over time, we have had amazing things donated to the society so they could be preserved and kept for the future,” Ceccon said.

In what was a bedroom, Ceccon said, they display old-time clothing – some of which is more than 100 years old.

The house also currently has a military display – which has items from the World War II era along with more modern uniforms, a 48-star flag and a Purple Heart that was loaned to the society.

Another room of the house contains items from the Schmidt family’s business and shows its evolution.

Ceccon said the business originally was from the horse and buggy days and made things like harnesses, bridles and saddles.

According to Russell’s book, C.F. Schmidt was one of the first harness makers in Orland in respect to time and quality of work.

But as cars came into existence, the business evolved into an appliance and gift store, Ceccon said.

The house also showcases other items from the past, such as old phones, toasters and more.

While the original house is more than 100 years old, Ceccon said, there are also a couple of add-on rooms over the years – like the kitchen.

Ceccon said she has helped take care of the Alta Schmidt House Museum for more than 10 years and her duties involve dusting, vacuuming, mopping, decorating and telling people about the home and items inside.

“I love antiques and history and my family are from this county,” Ceccon said. “... I think it’s important to preserve things from our past. Children that come and see old-time phones cannot believe the size of them compared to the phones people have today. I think it’s important for them to know how people lived in the past and how lucky they are in the present.”

The Alta Schmidt House Museum is open on the first Friday of the month from 4-6:30 p.m. or by appointment.

The house is located at 936 Fourth St., Orland.