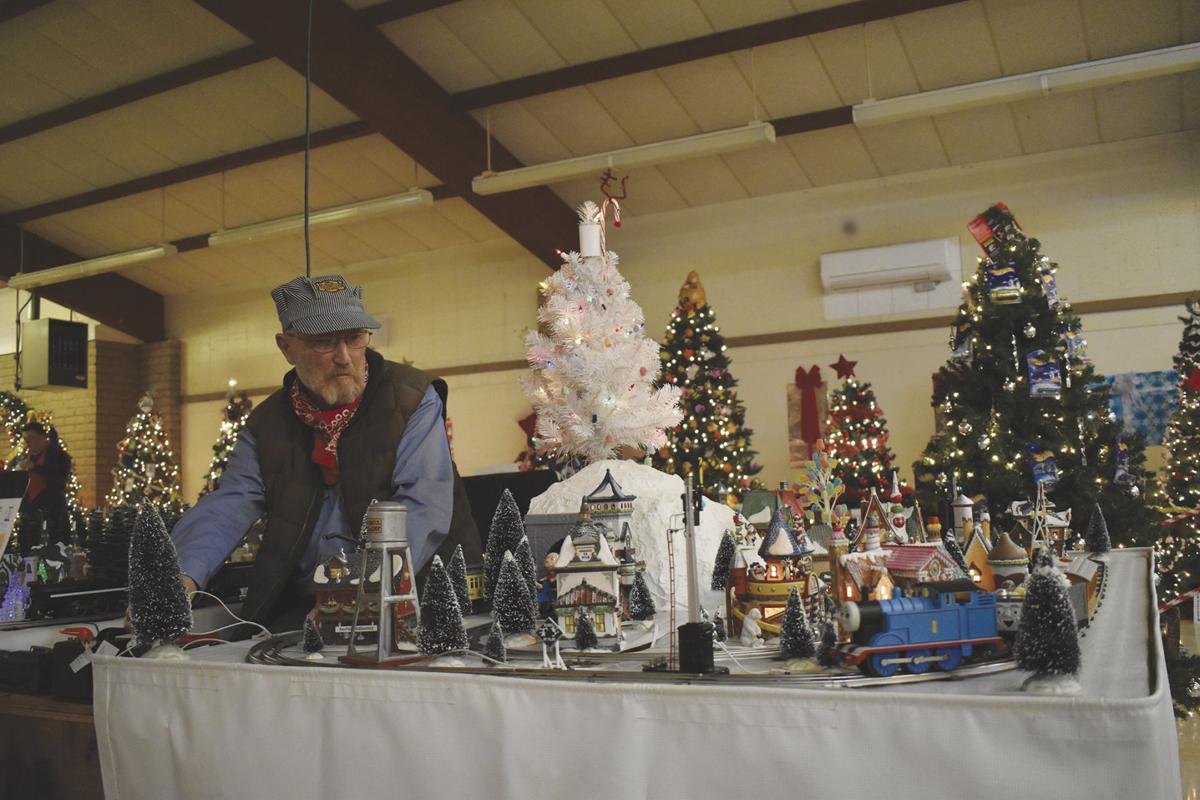 Gene Russell, of the Orland Historical and Cultural Society, conducts the Lionel train display at the Avenue of Lights North Pole Lodge at the Glenn County Fairgrounds on Wednesday, Dec. 18. 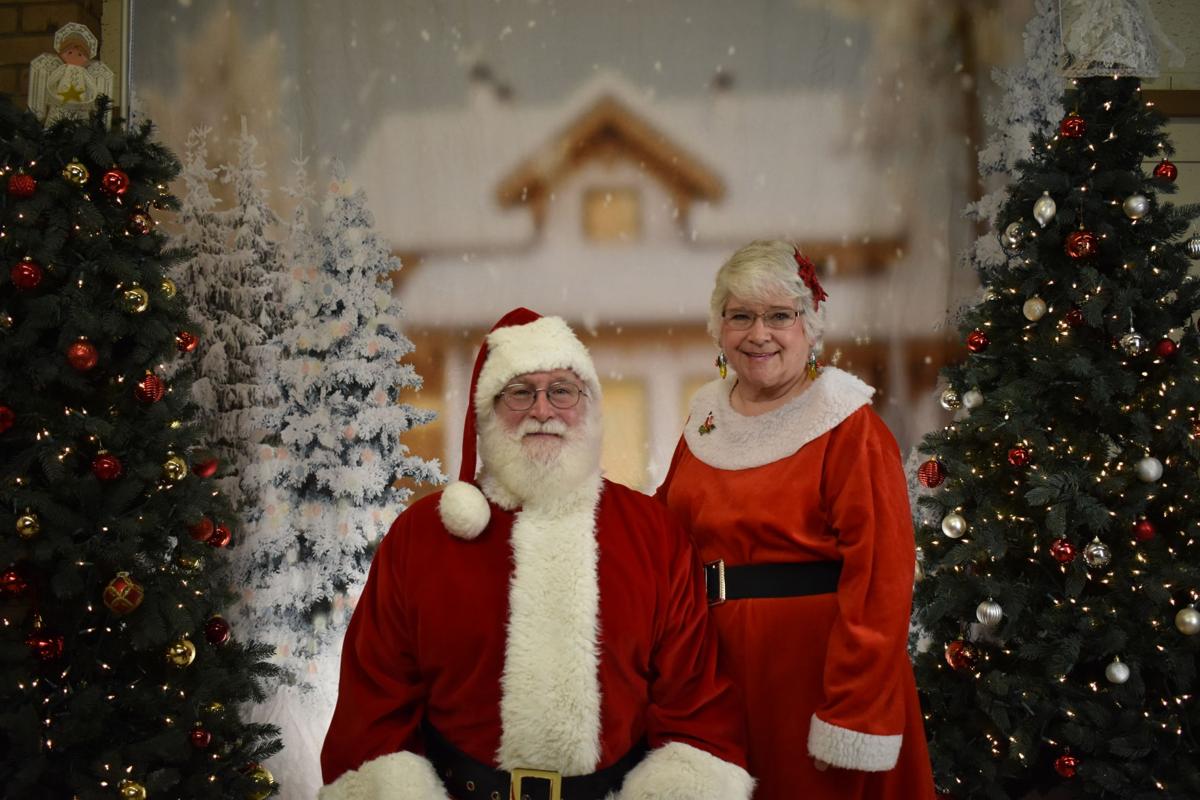 Santa and Mrs. Claus, portrayed by Mack and Merri Caywood, were spreading holiday cheer during the Avenue of Lights event in the North Pole Lodge at the Glenn County Fairgrounds on Wednesday, Dec. 18.

Gene Russell, of the Orland Historical and Cultural Society, conducts the Lionel train display at the Avenue of Lights North Pole Lodge at the Glenn County Fairgrounds on Wednesday, Dec. 18.

Santa and Mrs. Claus, portrayed by Mack and Merri Caywood, were spreading holiday cheer during the Avenue of Lights event in the North Pole Lodge at the Glenn County Fairgrounds on Wednesday, Dec. 18.

Gene Russell, of the Orland Historical and Cultural Society, said when he was a child, his father came home from World War II and gave his older brother an electric train – that sparked an interest which continues.

Now, each year, he sets up a Lionel train display at the Avenue of Lights North Pole Lodge and conducts the train around a winter wonderland made up of trees and winter- and Santa-related Department 56 houses.

The display was redesigned several years ago because it was a bit too large and heavy.

But, the display ended up growing after more items were donated. Now, it’s spread over two tables at the lodge – one with a traditional Lionel train engine and another with Thomas the Tank Engine leading the way.

Russell said many fathers that come through the North Pole Lodge see the set up and say it reminds them of the trains they may have had under their Christmas trees when they were kids – one of Lionel’s main promotions early on was having train tracks set up under trees.

The display at the North Pole Lodge takes about six or seven hours to set up.

The Avenue of Lights, after a one-year hiatus, came back to the Glenn County Fairgrounds last week and brought a bit of holiday spirit to the area.

The Avenue of Lights outdoor display was canceled last year because of the Camp Fire. The fairgrounds had been used to house evacuees and had been released prior to when the event was planned. However, there wasn’t enough time to set up all of the lights.

But they were able to set up the North Pole Lodge.

For the last 15 years, Mack and Merri Caywood have been portraying Santa and Mrs. Claus and were spreading holiday cheer at the North Pole Lodge – where people could go to enjoy light refreshments after driving through the avenue.

“I love the kids’ smiles on their faces,” Mack Caywood said.

Merri Caywood said one year, a young girl was at the North Pole Lodge and the next day, she and her mother came back the following night – the mother said her daughter insisted they come back so she could give Mrs. Claus a bow.

“It’s the most precious gift I’ve ever got,” Merri Caywood said.

She said the thing she most enjoys about being Mrs. Claus is “the joy it brings to children, that sounds cliché, but it’s true.”

Mack Caywood said it also  gives the children an opportunity to see Santa and gives them something to believe in.

Brenda Thompson, North Pole Lodge coordinator, said were also 20 organizations which had decorated Christmas trees that were set up in the lodge, and people were able to vote for their favorite – the winner would be guaranteed a spot in next year’s lodge.

“It’s a way to give back to the community and bring joy to the season,” Thompson said.

There was also a tree covered in Hot Wheels set up, and children who went through the Avenue of Lights were given a raffle ticket and the winner received the Hot Wheels from the tree.

The Avenue of Lights set up outside was a one-mile route of holiday lights and decorations.

People drove their cars down Tree Lane, Noel Place, Candy Cane Lane and more to view the penguins and igloos, Santa and his elves and reindeer, snowboarding snowmen and more as holiday music played.

Merri Caywood, who is also the route designer and co-chair of the event, said one of her favorite displays is Gingerville – which features gingerbread house displays and ginger people. She said they have worked on building it up for several years to what it is now.