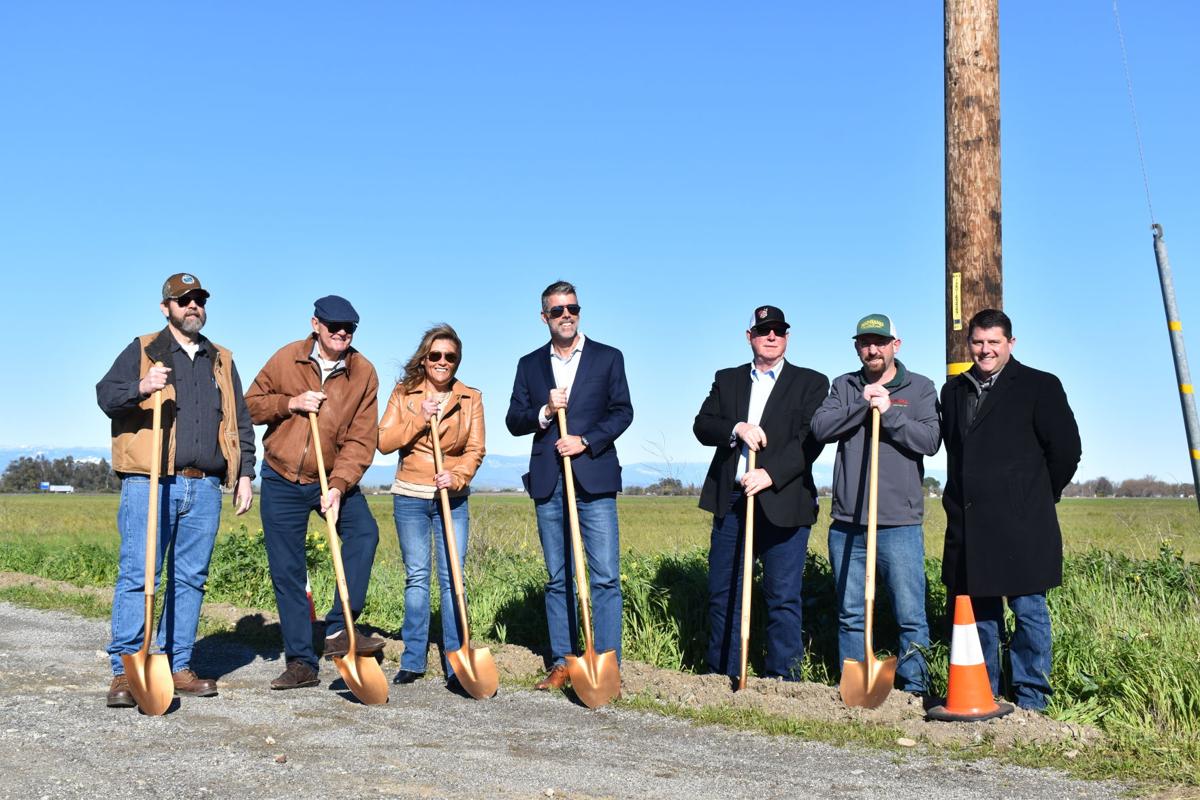 Several partners involved in the South Willows Roadway and Utilities Infrastructure Improvement Project participate in a groundbreaking ceremony on Monday morning. The project is located on Highway 99W in south Willows. 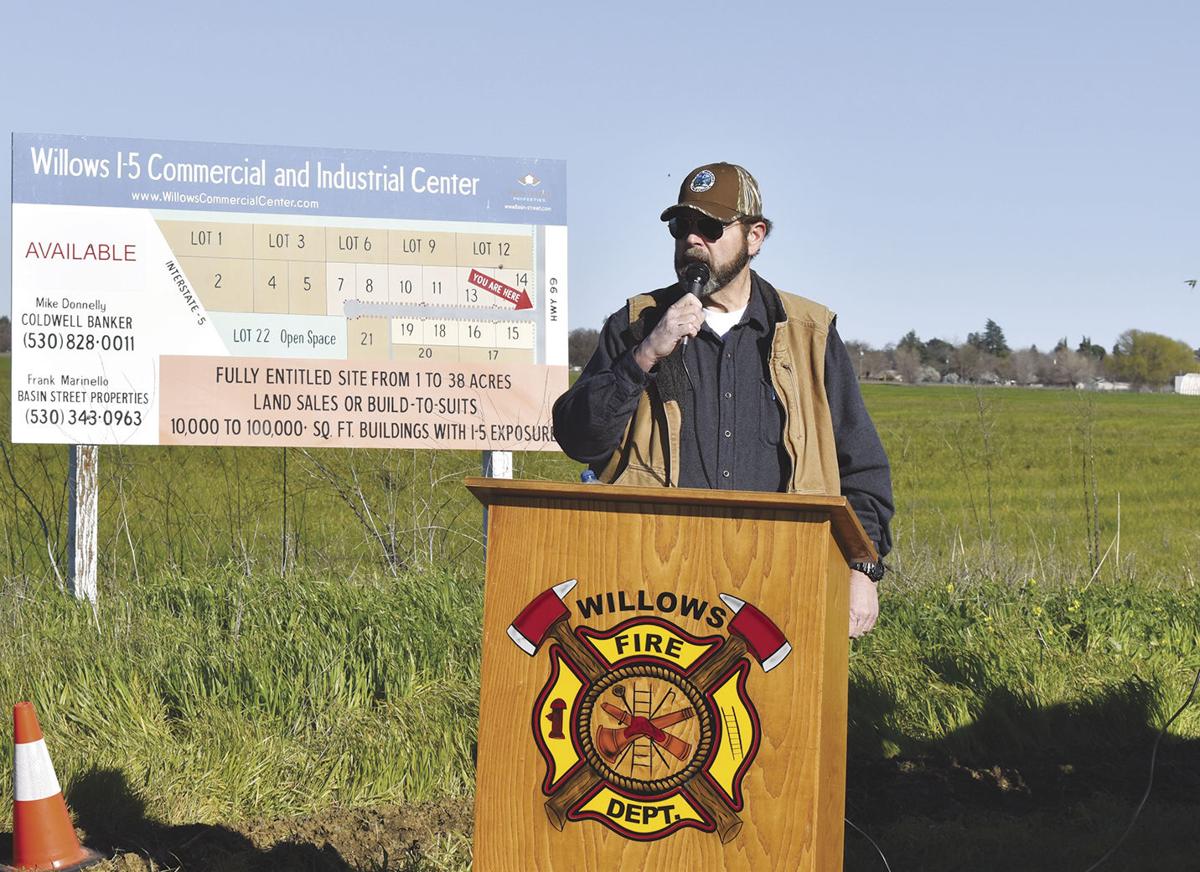 Gary Hansen, mayor of Willows, speaks during a groundbreaking ceremony for the South Willows Roadway and Utilities Infrastructure Improvement Project on Monday. 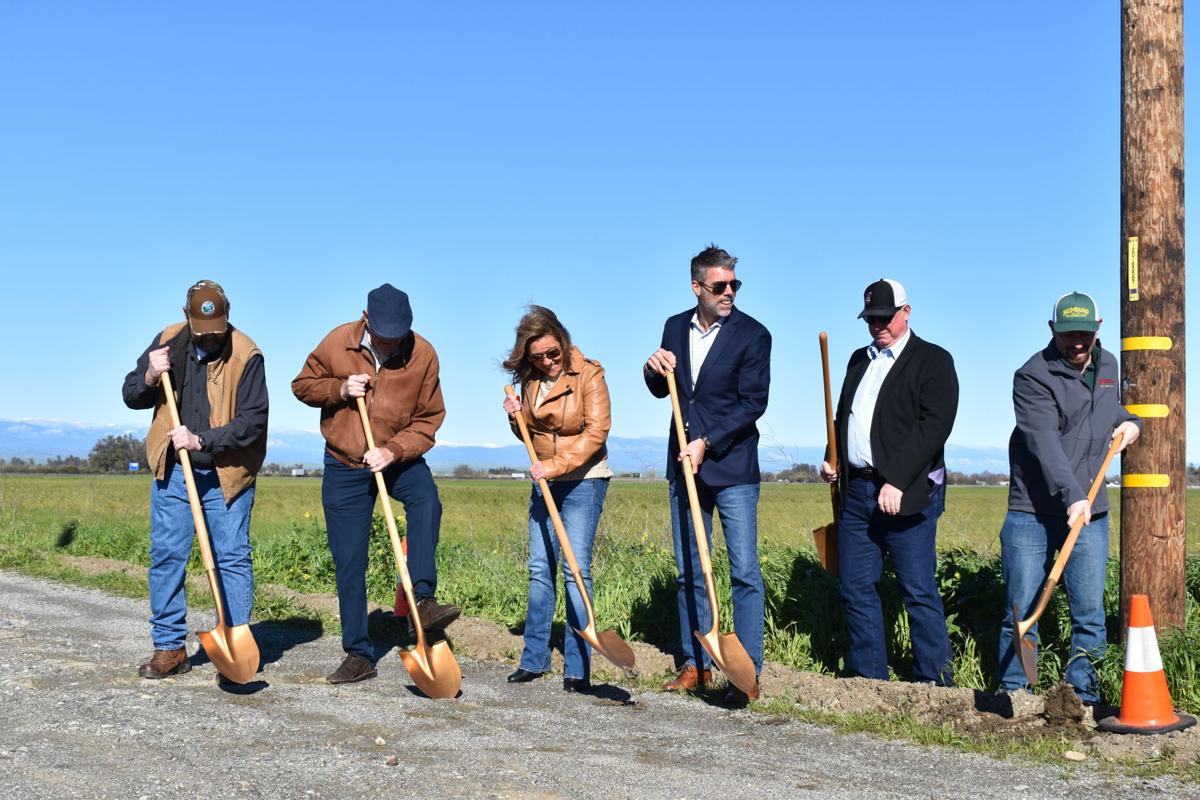 Several partners involved in the South Willows Roadway and Utilities Infrastructure Improvement Project participate in a groundbreaking ceremony on Monday morning. The project is located on Highway 99W in south Willows.

Gary Hansen, mayor of Willows, speaks during a groundbreaking ceremony for the South Willows Roadway and Utilities Infrastructure Improvement Project on Monday.

A project 13 years in the making had an official groundbreaking ceremony on Monday to celebrate the milestone.

The North Valley Commercial Center project is located off of Interstate 5 and on Highway 99W in south Willows – the property was purchased in 2006.

This portion is expected to cost around $4.8 million with the most costly aspect being a bridge that is required to cross a drainage canal, Sailsbery said.

“We highly resolve that this is hopefully the first step in the development of the South Willows corridor and that economic growth of the community, by the community and for the community shall flourish going forward,” he said.

The entire project is expected to have an industrial/commercial segment along with a housing development eventually.

Rumiano Cheese is expected to be the first business to be included in the industrial/commercial portion of the project.

Tony Rumiano said this will allow the business to expand and they plan to use the space to cut and wrap cheese.

At the moment, the company manufactures in Crescent City, sends it to Willows and cuts and wraps it or sells the product in bulk.

“We’re currently at capacity at our current locations and this would allow us to expand,” Rumiano said.

To make this project a reality, Basin Street Properties has partnered with the city of Willows, along with others.

They have encountered several obstacles, Sailsbery said, including financial hurdles.

He said Basin Street determined that they needed assistance to fund the project and along with the previous city manager sought grant opportunities, but in 2012, they were unsuccessful in securing federal funding.

The project has also increased in cost over the years because of some requirements (such as environmental) changing, Sailsbery said.

Frank Marinello, vice president of development for Basin Street Properties, said the partnership between the city and Basin Street has been successful and that they’re excited about moving forward.

“I’m just overwhelmed quite frankly because of the teamwork it took to get this project going,” said Bill White, founder of Basin Street Properties – who is now retired.

Gary Hansen, mayor of Willows, said some of the other agencies who have helped bring this project to fruition include the Economic Development Administration, 3CORE, Housing and Community Development, Rumiano Cheese, Glenn County and Gallaway Enterprises.

“The North Valley economy is strong and we think this project is going to enable that strength to continue and benefit the residents of Willows and surrounding communities,” Marinello said.

Hansen said the project is the key to the city.

“This is the future … this is going to bring commercial enterprising here to employ our citizens and our youth,” he said.

The infrastructure work is expected to be complete in October, Sailsbery said.

At this time, there is not a set timeline for construction of the commercial/industrial portion or the approximately 450 residential lots, he said.