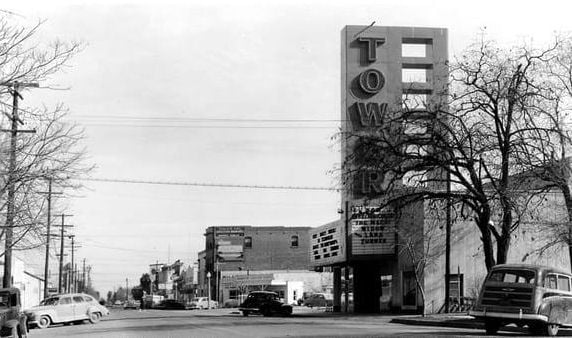 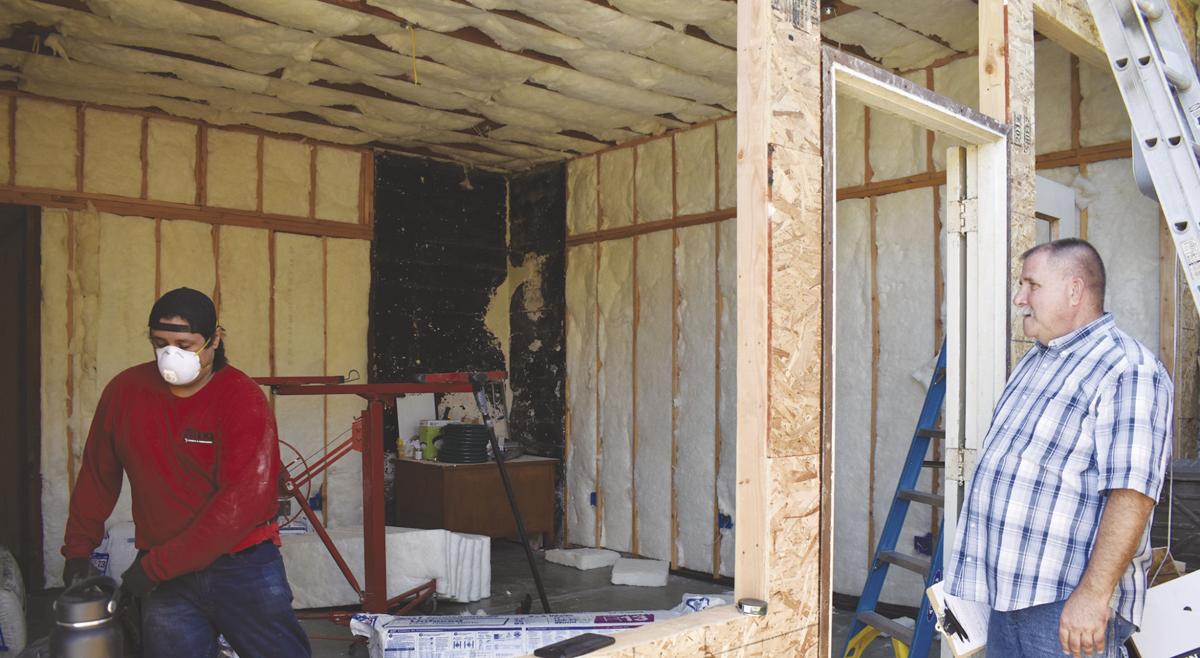 Insulation was put up in a portion of the old Tower Theater building on Sycamore Street in Willows on Monday. The Willows Revitalization Group is working to revitalize the building. 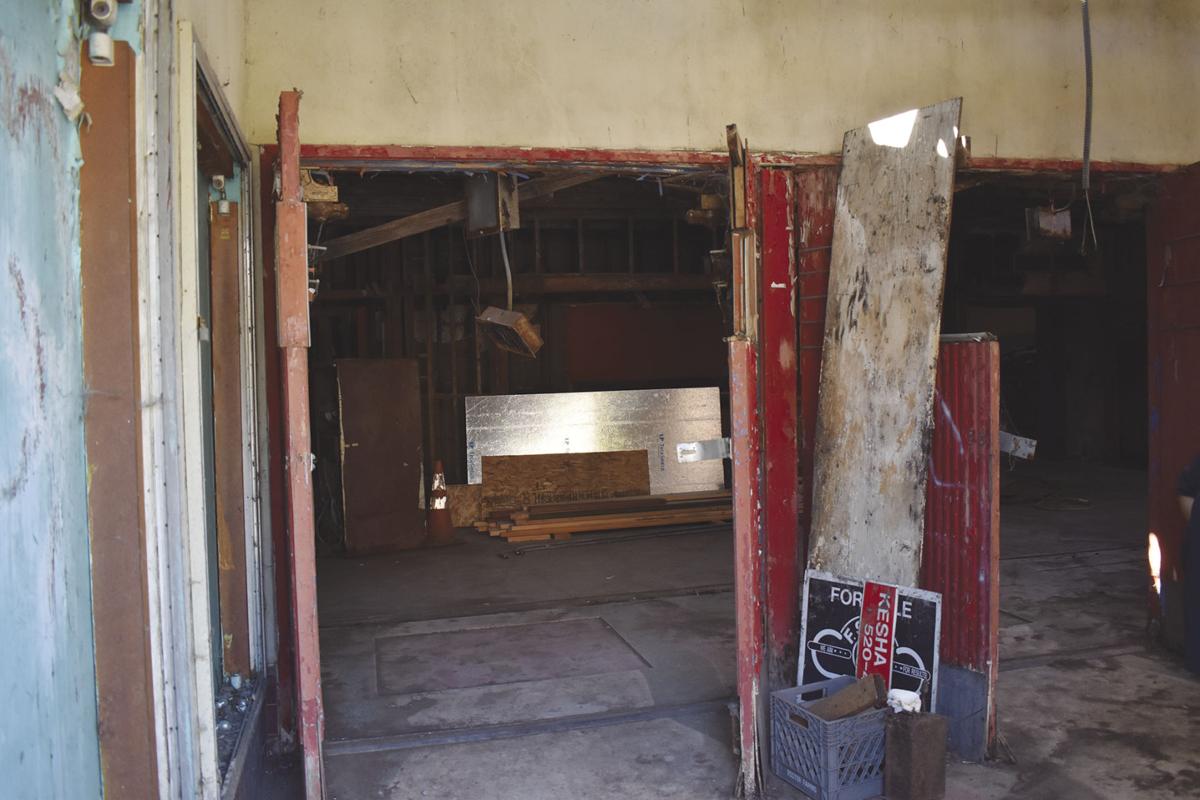 The entrance of the Tower Theater is pictured on Monday.

Insulation was put up in a portion of the old Tower Theater building on Sycamore Street in Willows on Monday. The Willows Revitalization Group is working to revitalize the building.

The entrance of the Tower Theater is pictured on Monday.

A local nonprofit is working to bring new life to the old Tower Theater building across from the post office in Willows.

The theater was originally built in the 1940s and it closed in the 1980s and has been pretty much unused since then, said Randy King, of the Willows Revitalization Group.

Over the years, numerous people have taken ownership of the building, however, the building hasn’t been well maintained and has become victim to the elements.

King said he had been in negotiations with the previous owners for a couple of years on and off about how to get the property and how to do something with it.

He started a nonprofit organization, the Willows Revitalization Group, and the group was able to come to an agreement with the owners so the property is now owned by the group.

The expectations are to put in a culinary arts school/restaurant, have a community center area for use by Glenn County nonprofits as well as have a theater where live performances can be put on.

“The whole idea is to get the culinary arts school in here so we have not only a training program … but be able to provide a restaurant in the community,” King said. “A place for meetings, a place for performances and have the venues work off of each other.”

Where the theater section of the building is where the three different sections will be housed.

He said the floor will be leveled off so it no longer slants like a movie theater.

Some other plans include using an upstairs section for community rooms and office space for other organizations to rent out as well as training areas above the restaurant.

“Everything that does come into the building has to be nonprofit or certified small business,” King said. “It’s part of our mission.”

He said they want to bring new life to the building while retaining some of the original character the theater possessed.

“We’re trying to keep the lobby, entrance very similar to what it was originally,” King said.

At the entrance, where six large doors open into the lobby, the original granite flooring appears to not have any problems and the group is aiming to preserve it through the renovations.

The doors will need to be replaced to something more modern but they also plan to keep the lobby area similar to the original design as well.

“So you’ll still have that historic feel, so this will more or less be the museum of the Tower Theater,” King said.

King said he moved to the area about eight years ago and always wondered what the building used to be.

“I would come and go from the post office, ‘oh what’s that building?’” King said. “So about two years ago, I kind of really discovered what the building was and I got a hold of the owners to see what we could do with it.”

The building, he said, is overall sound and a big piece in restoring it will be getting a new roof on, “which is going to be expensive and it’s going to take time for us to make that happen.”

“Once we get the new roof on it, we’re able to start building out and build out the way we want the building,” King said.

He estimates that it will take about $200,000 to restore the building to be functional and get it set up so they can start working on the different venues.

“It’s not going to be quite as expensive as they thought it would be 10 or 15 years ago,” King said. “We’re a nonprofit so there’s lots of ways to save money in what we have to do and the way we do it versus say if a corporation came in and bought the building. We’re not paying all these people to think and make up ideas or come up with ideas, we’re able to do it ourselves and save all that funding.”

He said much of the funding is off of donations and they’ve also received a couple of grants.

“We’re always looking for more funding avenues and more donations,” King said. “It takes money to do it and it is a nonprofit so it is tax deductible for people if they want to make a donation. We’ve got time on our side because it sat here for so long where nothing was done and everything we do is going to make it new.”

The first step that the group is working on is to get an office space remodeled and opened up in the building. On Monday, insulation was being put up and the goal is to have it opened up for people to see soon.

“Once we get this office done and we’re able to open it up, hopefully we’ll have people here two or three days out of the week,” King said. “... By the end of September, we should be able to have the doors open and close.”

He said, on the other side of the building, they have also done some cleanup in the lobby.

Some other work to address

Over the years, the building has not been occupied and suffered from a lack of maintenance and the roof and interior has fallen victim to the elements.

Sections of the roof have collapsed and the building has decayed.

King said there is some dry rot and mold and a previous study showed that there’s some asbestos, which is known to be a human carcinogen, along with lead paint – both of which are often present in structures built before the 1970s.

“It’s not as bad as what has been reported through the years,” King said. “We know what products have asbestos and it’s 2 percent – so it’s high enough that it’s federally regulated about how we handle it but it can be handled and it can be handled safely … We’ve got lead paint but every old building has lead paint. You just address it and you take care of it.”

There is also some infrastructure that needs to be put into the building for it to get water and power.

How to get involved

King said people can visit the Willows Revitalization Group Facebook page for more information on the project as well as contact the group to make a donation or see how they can help.

People can also stop by the building located at 322 W Sycamore St., Willows, (across from the post office) to see if King is there and what they can do to help.

“It’s going to be a new shiny ruby slipper for the community and that’s the whole point,” King said. “To get it revitalized and have the building come back to an act of life in the town.”