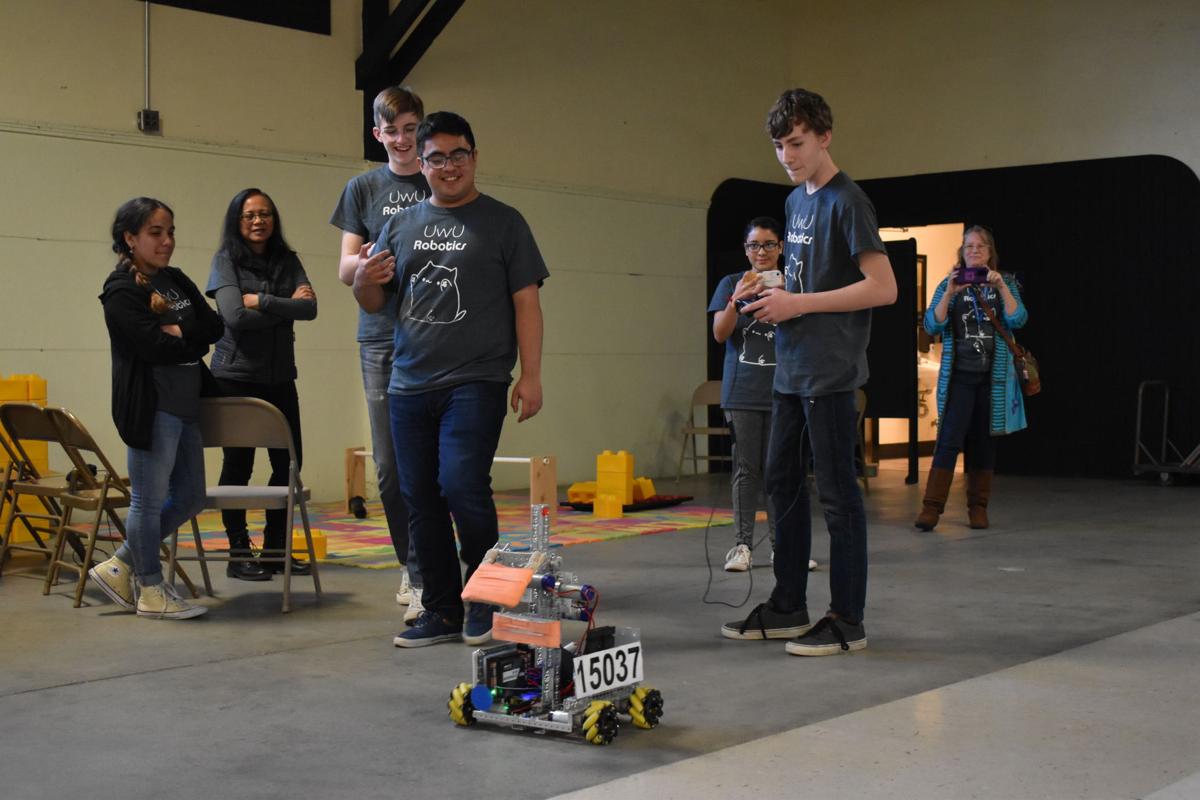 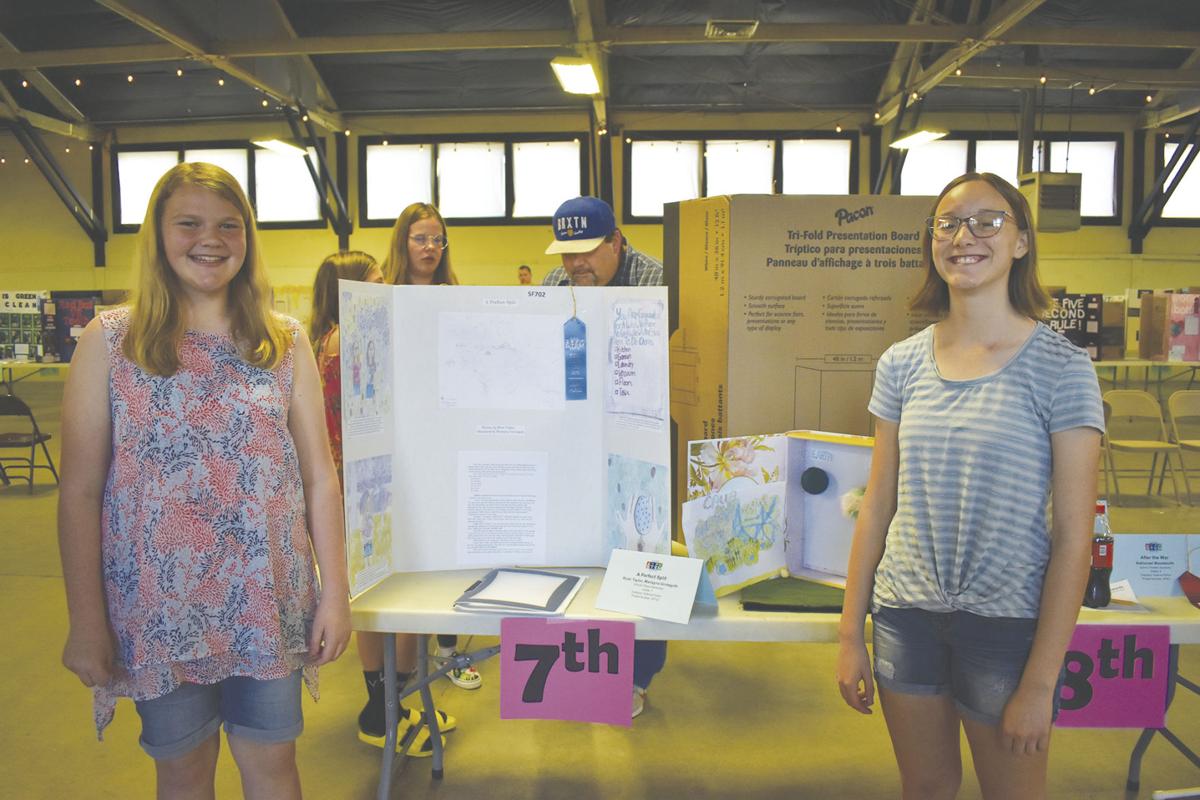 Marlayna Groteguth, left, and River Taylor, seventh-graders from Plaza Elementary School, pose by their display about their science-fiction story and illustrations, “A Perfect Split,” at the Glenn County STEM Expo in Flaherty Hall at the Glenn County Fairgrounds on Wednesday, March 11. 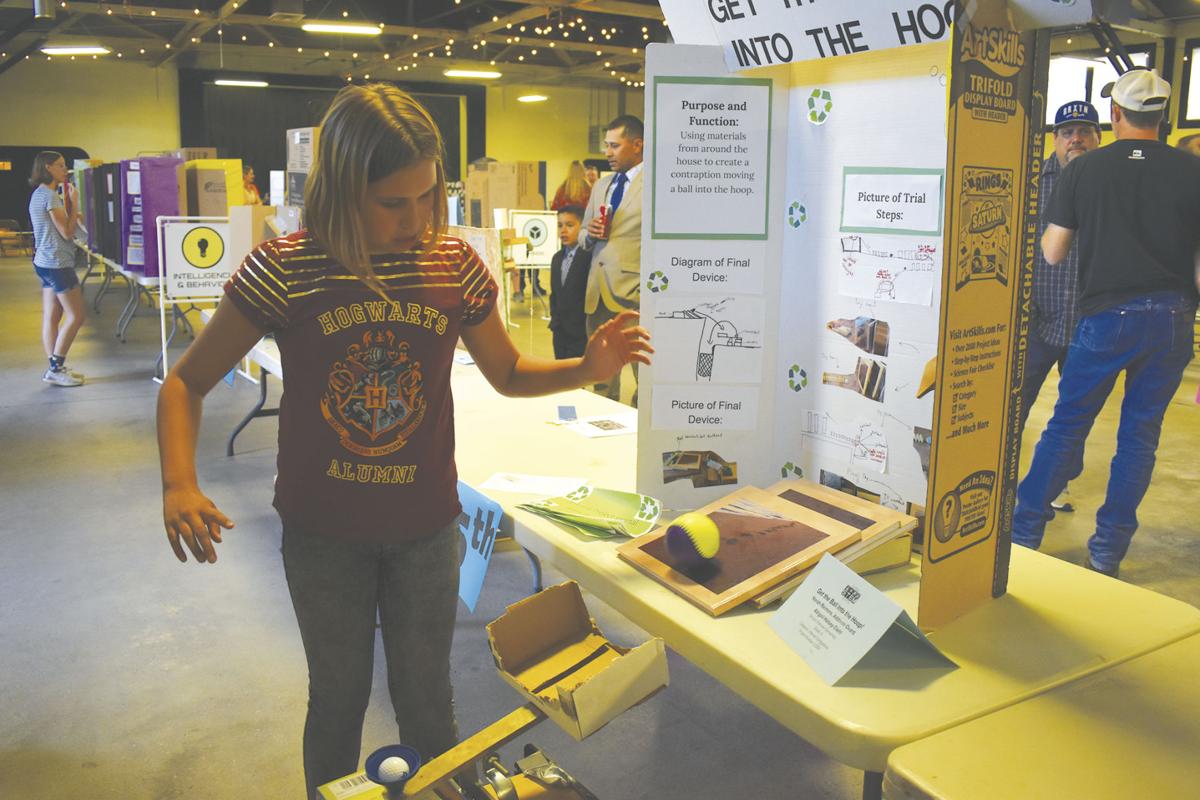 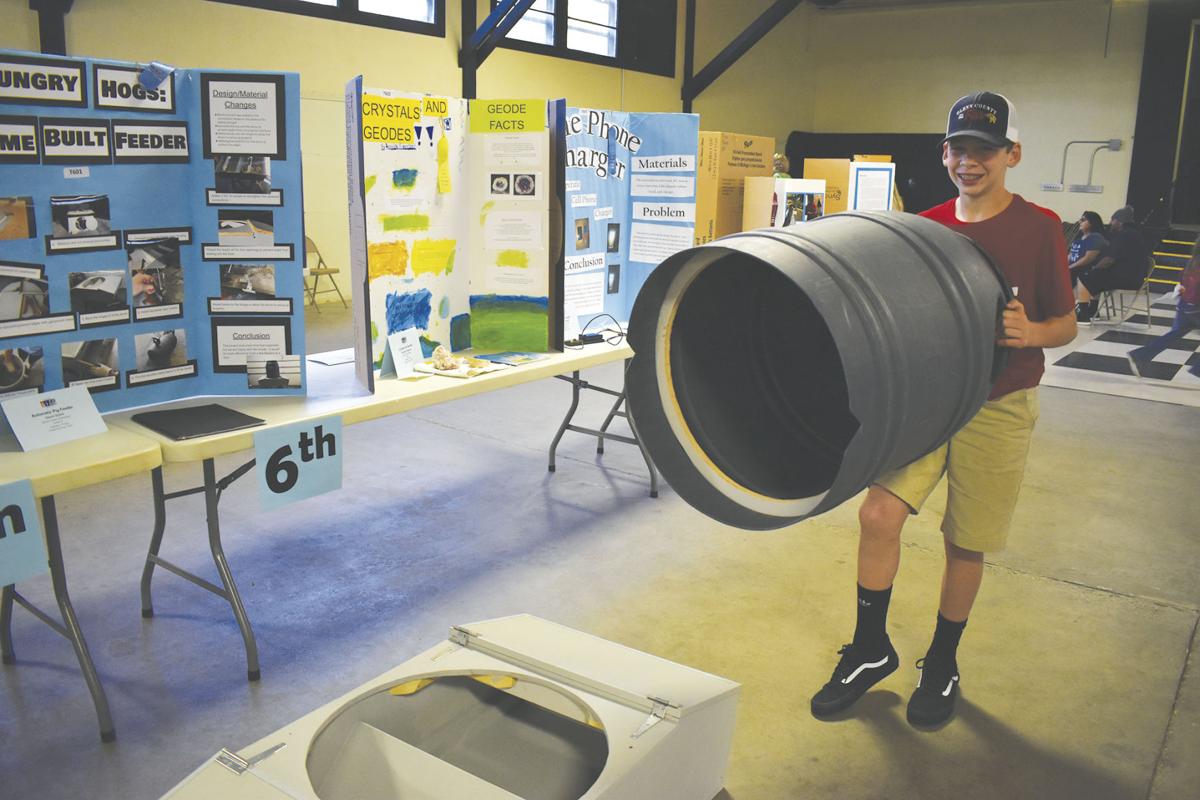 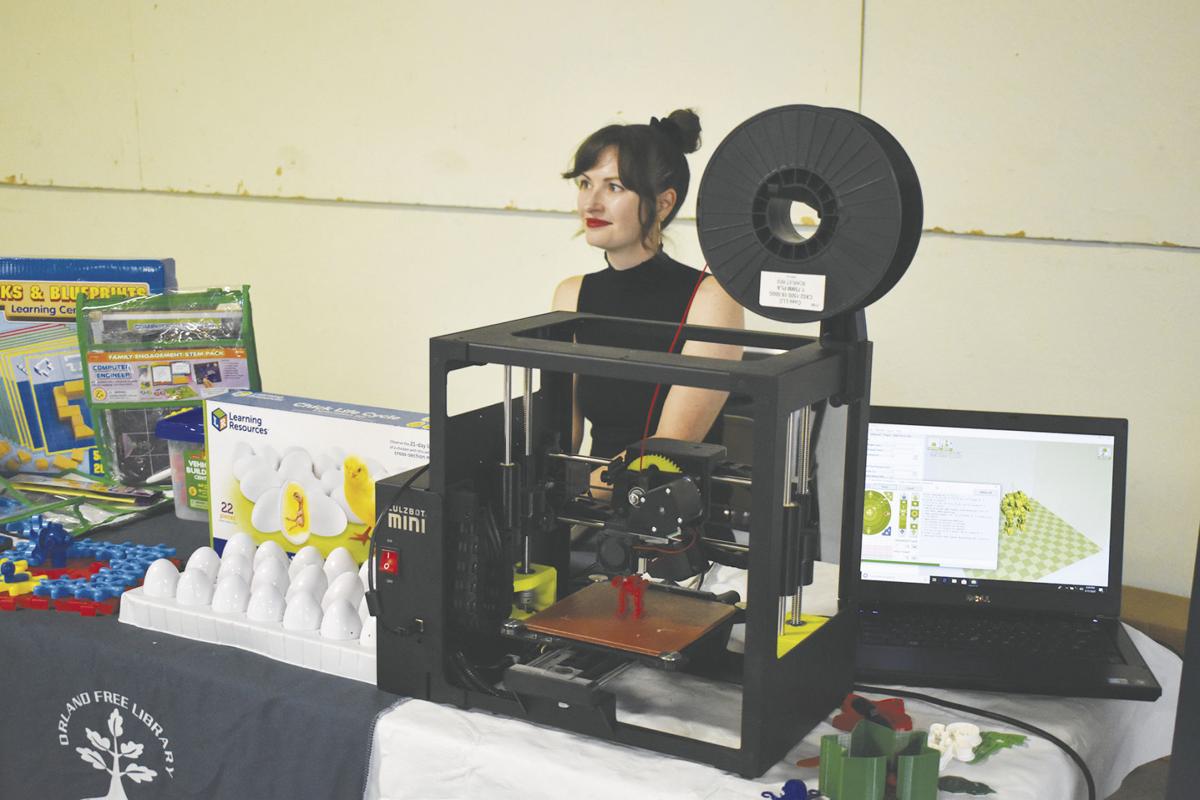 Marlayna Groteguth, left, and River Taylor, seventh-graders from Plaza Elementary School, pose by their display about their science-fiction story and illustrations, “A Perfect Split,” at the Glenn County STEM Expo in Flaherty Hall at the Glenn County Fairgrounds on Wednesday, March 11.

Before events were canceled because of COVID-19 concerns, students, parents and the community gathered to celebrate science, technology, engineering and math – otherwise known as STEM.

From traditional life and physical science projects to science fiction writing, Rube Goldberg machines, inventions and robots, there was no shortage of projects to see at the annual Glenn County STEM Expo that the office of education hosted at the Glenn County Fairgrounds on March 11.

Darren Massa, STEM coordinator for the Glenn County Office of Education, said there were more than 200 projects on display in categories such as life science and physical science, science fiction writing, reverse engineering and invention and things.

“The whole idea is to reduce the number of barriers, we want to have as many entry points for this event as possible,” Massa said. “We don’t want to leave any kid out of this … The whole point of this fair is to take these two rows (life and physical science) and really expand it out and bring in as many kids as we can.”

“The main conflict is where there’s a virus – I kind of borrowed it from the coronavirus but it’s telepathy instead, it travels mind to mind,” River said, who was the author. “Once you think a person’s name, then you accidentally transmit whatever you thought about them to that person and they get the telepathy and it keeps going.”

Marlayna, who illustrated the book, said their teacher, David Lee, told them about the expo and they decided they wanted to participate.

Both said working on the project for the event taught them about deadlines.

River said she also realized she had to take the time to organize the story – and her mother helped by giving her a plot organizer graphic.

Lee said he had four students participate in the expo – two students worked on each project.

“I looked through the requirements for the different experiments and this one came up and I thought ‘these girls are going to love this’ and then I kind of nudged them a little bit and they just ran with it,” Lee said.

Also during the expo, a robot that could stack bricks was also being driven around by the Uwu Robotics Club from Willows High School.

“It’s our second annual robotics club where we kind of assemble this robot with parts that we choose and design ourselves,” said Kasey Coffman, a junior at the high school and president of the club.

Coffman said they take the robot and compete against other teams and recently earned second place out of 16 teams.

“I heard about the club and it was one of the first clubs I joined and I was really nervous going into it but it’s like a big family,” he said. “It’s my second year and it’s a lot of fun. It can be a little stressful, a little hectic right before competition but the payoff is incredible.”

Misael Collns, a junior who is also in the club, said a lot goes into building the robot, like time management and budgeting.

“People should get involved in any STEM that they might have in their school,” Coffman said. “It’s super fun and we have a great time doing it.”

Along with the many student projects, the expo featured exhibits from local organizations and schools – such as the Orland Free Library that showcased their 3-D printer.

Glenn County Superintendent Tracey Quarne said having the expo is important for a number of reasons.

He said there’s a big emphasis on STEM and STEAM – which includes the arts – and the event puts a focus on what the students are doing.

“It’s absolutely fascinating what all of the youngsters have put together,” Quarne said. “This is a very validating and affirming event and it’s incredibly healthy for youngsters.”