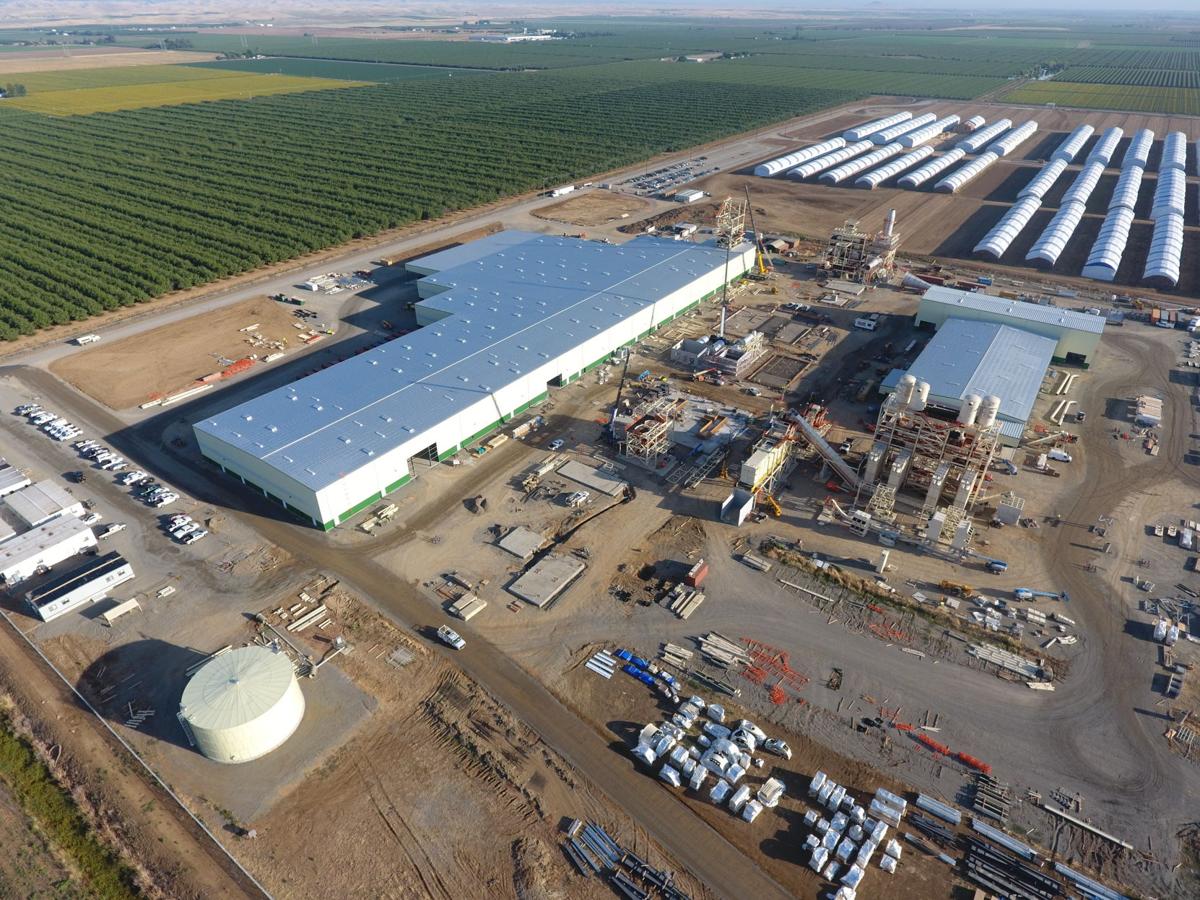 Construction on CalPlant 1 in Willows is nearing completion. 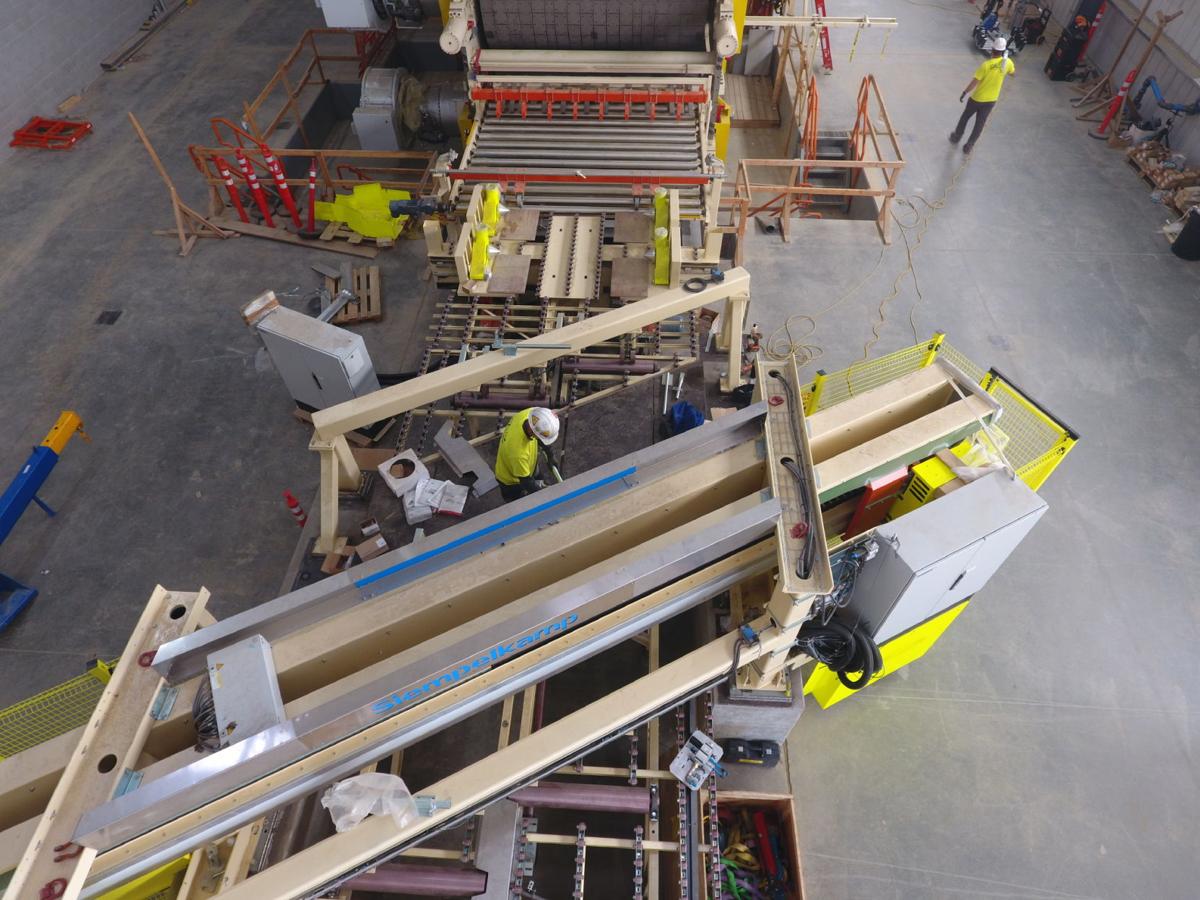 CalPlant 1 will offer 115 full-time jobs and around 450 part-time jobs during rice straw harvest.

Construction on CalPlant 1 in Willows is nearing completion.

CalPlant 1 will offer 115 full-time jobs and around 450 part-time jobs during rice straw harvest.

Construction on a facility 20 years in the making is set to be complete in the fall.

CalPlant 1 will be the world’s first commercial-scale producer of no-added-formaldehyde, rice straw-based medium density fiberboard, commonly used to make things like furniture and kitchen cabinets, according to a fact sheet.

Elizabeth Whalen, vice president of marketing for CalPlant 1, said in the late 1990s, the idea was formed when burning rice straw after harvest was banned in California.

Jim Boyd, a rice industry veteran who has since died, and Jerry Uhland, a rice farmer, had been seeking alternative uses for rice straw – a common practice of straw disposal is to decompose the straw by flooding rice fields after harvest.

Through conversations, testing and trials they ended up on medium density fiberboard, Whalen said.

The facility is being built in Willows on land owned by Boyd’s family, she said.

“We closed in June 2017 and then we started doing some site work that summer but we broke ground in September,” Whalen said. “And now, two years later, we’re almost there.”

She said they’re planning to turn the machines on in the plant in November, and it could take a couple of months to work out the kinks.

“By the first quarter of next year, I expect us to be commercially available,” Whalen said.

According to the fact sheet, the project has resulted in about 200 jobs for construction of CalPlant 1.

Whalen said they’re “intensely hiring people” right now to work at the facility and are working to hire 115 full-time employees.

There will also be around 450 part-time jobs during rice straw harvest.

She said they have had a lot applicants – a job fair CalPlant 1 hosted had a turnout of around 300 people – and haven’t made a number of decisions yet.

She said many of the senior positions have been filled – a bulk of the positions left are for maintenance, warehousing, packaging, technical positions, etc.

“We want to provide good benefits and provide jobs in a company culture where it’s more family than corporation,” Whalen said. “This is the way we are.”

To see what positions are open and to download an application, visit www.calplant1.com/careers.

“We’re taking what’s essentially a waste product and turning it into something usable,” she said. “You don’t have to flood fields to decompose the straw, which is a cost savings for farmers.”

Whalen said it could also mitigate some of the emissions that comes with decomposition of the rice straw.

Whalen said they plan to get all of the rice straw for the plant being procured from Sacramento Valley rice growers within a 15- to 25-mile radius of the plant site.

She said they also believe there will be some benefits to the fiberboard itself that will make it perform at least as well as traditional wood-based fiberboard if not better.

“There are aspects that we think are going to help us perform as well as wood based but we hope to perform better,” Whalen said.

She said they’ve run “every test we can think of” – including to test things like strength, durability and moisture resistance.

She said once the fiberboard is running off the line, they intend continue to test it.

At full capacity, the facility will produce an annual output of about 140 million square feet on a  inch basis.

Whalen said they will be processing around 300,000 tons of rice straw.

“We would always have additional straw on site,” Whalen said.

She said they have been working with a number of farmers and are open to talking to people about utilizing the rice straw.

“Unfortunately, we can only take about 20 percent of the straw that’s available,” Whalen said. “There’s that much rice grown in the area and that much straw after harvest.”

She said they want to keep it all within as close of a proximity to the plant as possible and will have low transportation impacts due to this.

“I think this project will have a meaningful impact on the industry as a whole,” Whalen said.

Columbia Forest Products, CalPlant 1’s sales agent, is an investor in the project.