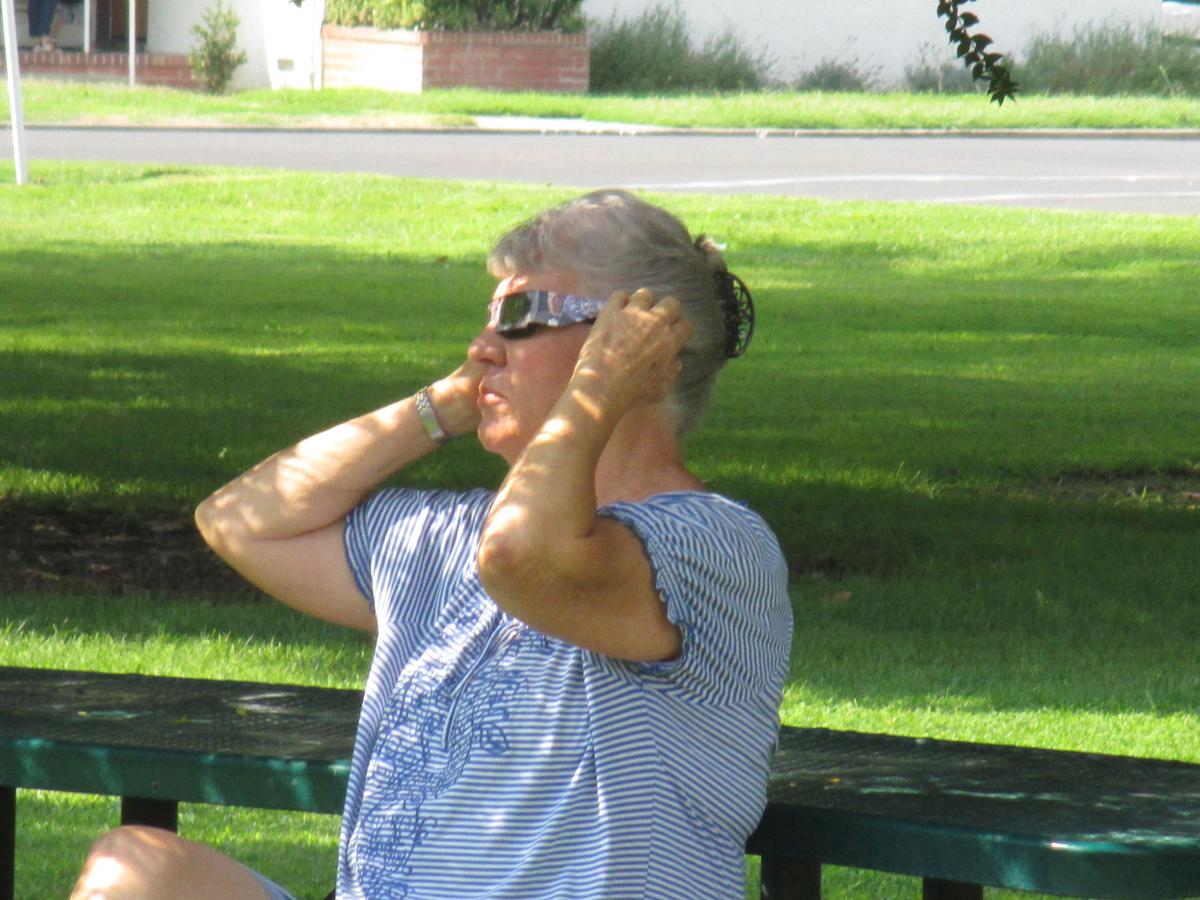 The Orland Library supplied 40 safe viewing glasses for those attending the party Monday to view the total solar eclipse. There weren’t enough to go around, so everyone took turns passing them around. 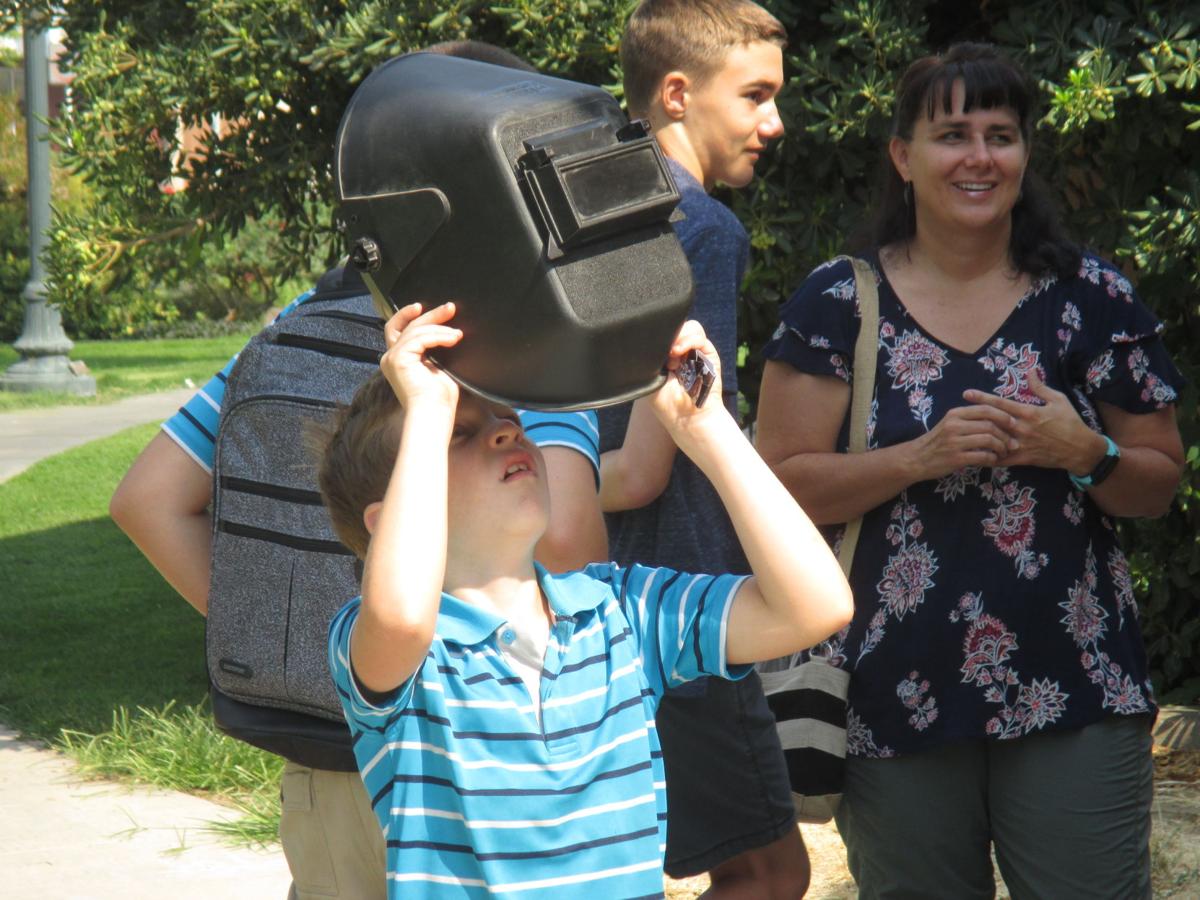 About 50 community members attended the eclipse viewing party at the Orland library.

The Orland Library supplied 40 safe viewing glasses for those attending the party Monday to view the total solar eclipse. There weren’t enough to go around, so everyone took turns passing them around.

About 50 community members attended the eclipse viewing party at the Orland library.

The much-anticipated day finally came; a bright, sunny sky turned into a sepia photograph as the moon passed in front of the sun during Monday’s solar eclipse. Orland’s library hosted a party to celebrate the occasion, and provide people with a safe way to see the natural marvel.

Around 50 community members attended the educational celebration. Organizers were thrilled over the enthusiasm generated by the event, but they were worried there wouldn’t be enough viewing glasses to go around. Luckily, the community stepped up to make sure everyone had a chance to see the eclipse.

“I was giving out 40 pairs of glasses before the party even started, so I was a bit worried we’d run out,” said Jody Meza, Glenn County’s librarian. “Everyone was so gracious; most people shared glasses in groups, so it turned out to be no problem at all.”

Although California was not in the totality path of the eclipse, and didn’t get the full effect, NASA estimated the state would see about 80 percent coverage. Everyone attending the viewing party appeared to be enjoying the eclipse, but some were a little disappointed in the lack of totality.

“I think it was cool, but I would’ve liked to be in Oregon,” said Caden Rawlings, a sky gazer at the party. “It would’ve been neat to see the whole thing.”

Thousands of Californians made their way up north to see the entire eclipse. One Orland woman at the viewing party has family members living directly in the path of the eclipse; she said they confirmed what experts had predicted – traffic was going to be crazy.

“My brother in law lives in Oregon, and he said his little town quickly filled up with thousands,” said Sheryl Wolcott, a sky gazer at the party. “They said it was absolutely crazy. I’m glad we didn’t drive – I think we still had a good show from here.”

The library live-streamed NASA’s coverage of the solar eclipse and provided books with other educational materials for public viewing.

“It was a wonderful event,” said Mayor Dennis Hoffman.