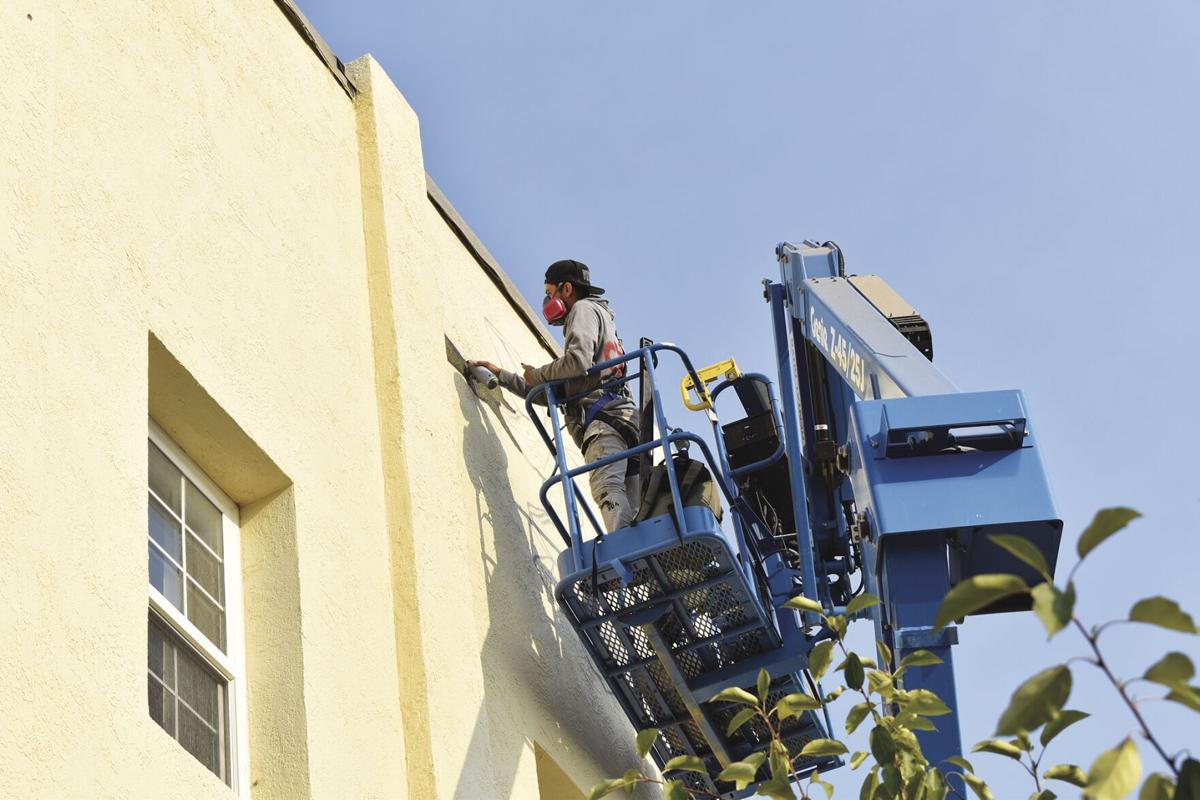 Christian Garcia works on a mural at the Honeybee Discovery Center in Orland last week. 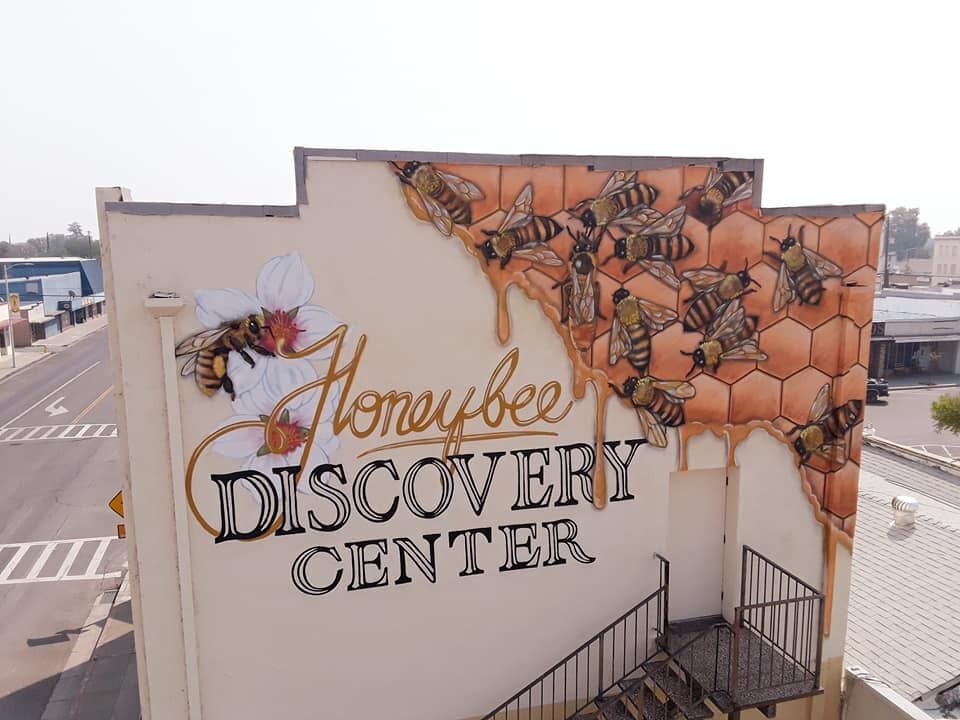 Christian Garcia completed a mural at the Honeybee Discovery Center on Sunday.

Christian Garcia works on a mural at the Honeybee Discovery Center in Orland last week.

Christian Garcia completed a mural at the Honeybee Discovery Center on Sunday.

Almond blossoms and honeybees can now be found on the once plain walls of the Honeybee Discovery Center in Orland.

Christian Garcia, 32, a muralist based out of Chico, has been painting for about 16 years and has been putting up murals all around Northern California – including Redding, Colusa, Chico, Corning and, now, Orland.

“I started really young when I was a kid and started painting in the streets and worked my way up to asking for permission on murals and buildings and now I produce a lot in the Northern California area,” Garcia said.

He said he wanted to take on the project at the Honeybee Discovery Center because he liked the concept and idea.

“I really loved the aesthetic and feel of it when it was proposed to me,” Garcia said. “... I think bees are such an important factor, especially in this city, it’s a huge part of the business and economy in this area. I love bees personally, too.”

Donica O’Laughlin, a committee member and educational coordinator for the Honeybee Discovery Center, said they have been planning on having a mural put up on the building for quite some time.

One of the reasons they wanted to commission the mural, O’Laughlin said, is that it might attract people to the center and make it more visible.

Garcia said there are two parts to the mural: the front of the building which mainly features almond blossoms and honeybees while the back of the mural includes a honeycomb, honeybees and “Honeybee Discovery Center” written out.

“Almonds and the production of all that is super important as well so we wanted to do almond blossoms on the front part with some bees,” Garcia said.

The mural was completed on Sunday – next Garcia will be going to a mural festival in Sacramento called Wide Open Walls.

“I’m just really thankful for the opportunity as an artist and muralist, I’ve done a lot of small locations and so trying to continue to broaden my horizons and I’m always open to different ideas and looking for more places to put up murals,” Garcia said.

Status of the Honeybee Discovery Center

The Honeybee Discovery Center has been closed since mid-March due to the COVID-19 pandemic.

However, that doesn’t mean work has come to a stop.

O’Laughlin said they have been doing a lot of paperwork and are even working to develop a website with a new logo – the website is also planned to feature a video tour of the center so people can view the museum’s exhibit while the center is closed.

She said they expect that the new website will be ready sometime this month.

They have been raising money and planning to build a state-of-the-art facility in an empty lot owned by the city of Orland that is behind their current location at 501 Walker St. – O’Laughlin said the city is leasing it to them with the intention that they build the facility there.

“We’re getting ready to put it out to architects to design a building that would fit,” O’Laughlin said.

It’s planned to include a full educational center with interactive exhibits, an amphitheater and gardens for pollinator programs for people to learn about bees and agriculture.

O’Laughlin said they also want to have a wrap-around theater that can make people feel like they’re inside of a hive and watch bees work.

“We want to have hands-on learning things and also develop a hobbyist bee club, do meetings, have lectures,” O’Laughlin said.

The Honeybee Discovery Center museum currently has an exhibit set up that’s about bees and almonds – O’Laughlin said they were able to open the exhibit for one night before the closure.

She said once they are able to reopen, they plan to continue showcasing the exhibit for about four to six months.

“That’s partly why we’re doing the website with a video tour,” O’Laughlin said. “People can go to the website, get a glimpse of a video and get people interested so they might come and see the exhibit once we get to open.”

For information on donating to the Honeybee Discovery Center, visit www.butteagfoundation.

Sorry, there are no recent results for popular articles.