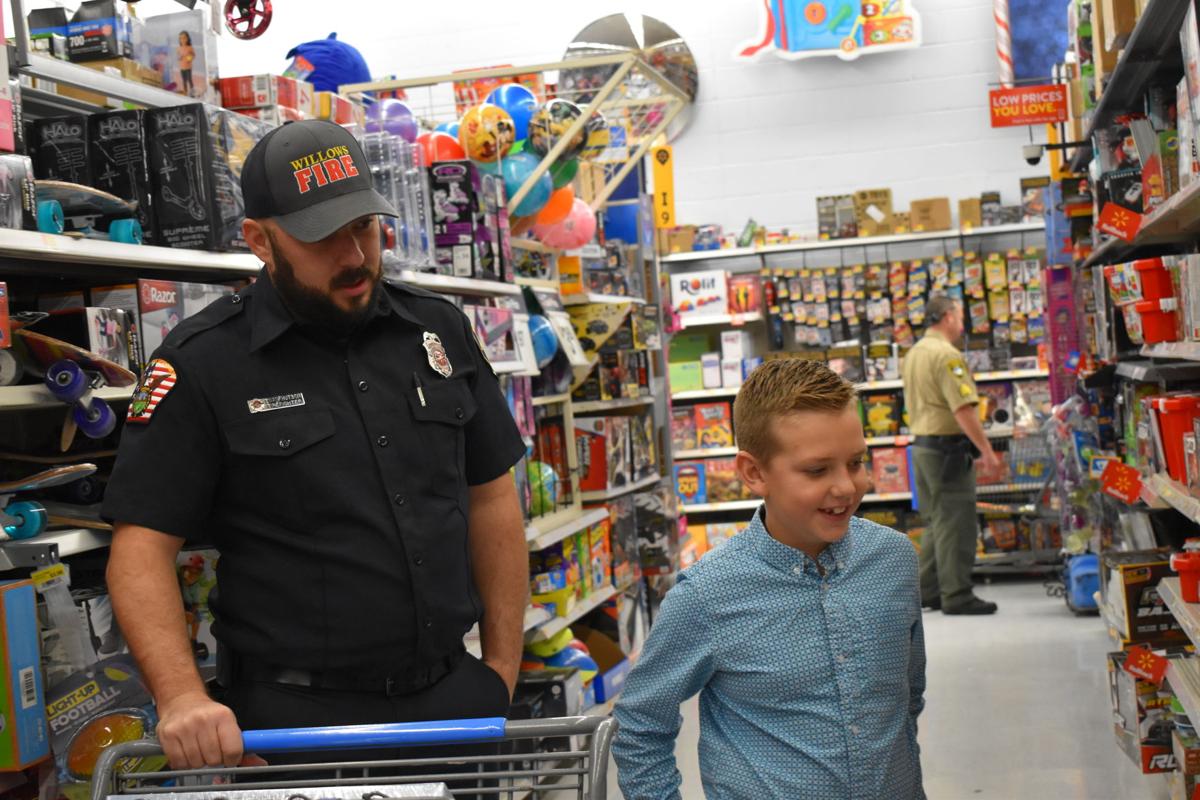 Lane Lanzi, right, shops with his hero, Evan Hutson, of the Willows Fire Department at the Willows Walmart on Saturday, Dec. 14. 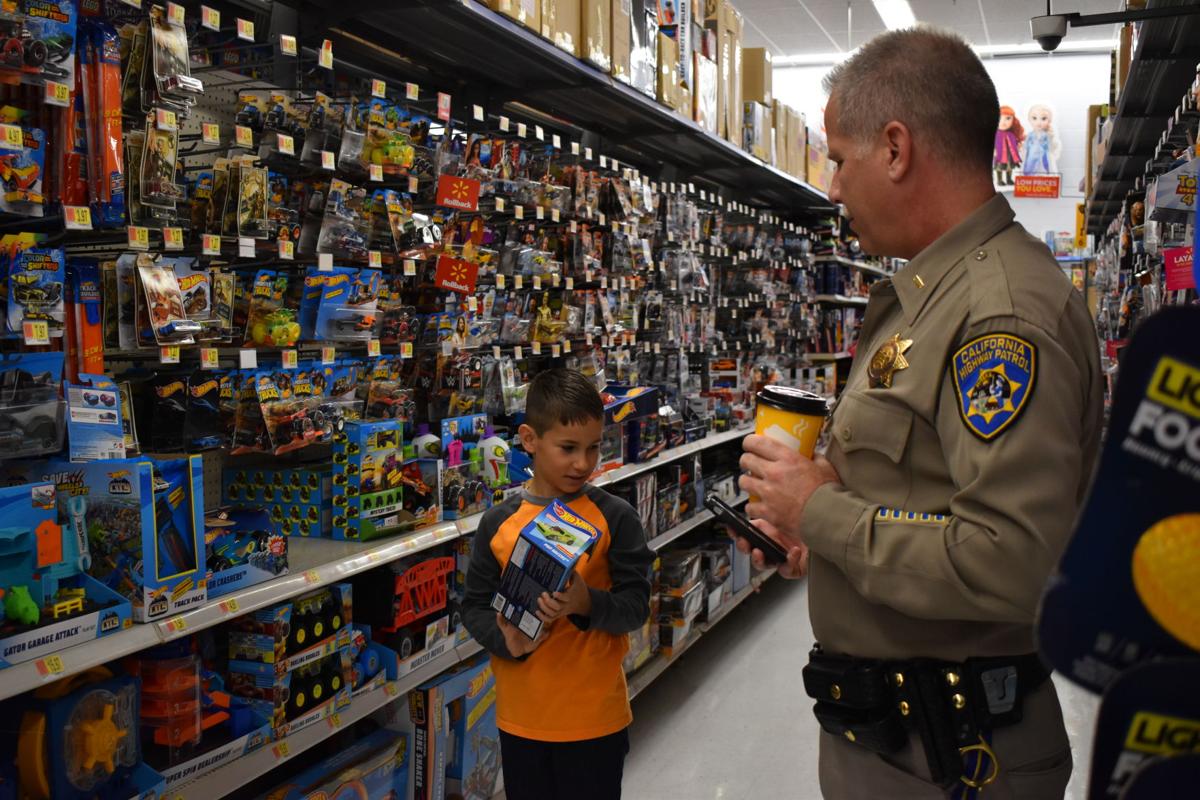 Lane Lanzi, right, shops with his hero, Evan Hutson, of the Willows Fire Department at the Willows Walmart on Saturday, Dec. 14.

Lane Lanzi, a fourth-grader, was swimming during a trip to Fort Bragg when he swam out a little too far. His head went under the water but a family friend, Evan Hutson, pulled him out of the water.

Lanzi wrote about this experience for his Shop With a Hero essay – the program has Glenn County students submit either an essay or a drawing about who their hero is and why for a chance to win a shopping spree at the Willows Walmart accompanied by a local hero, like a firefighter, police officer or veteran.

Hutson, a Willows firefighter, went on the shopping trip with Lanzi on Dec. 14.

“He helped me when I needed help,” Lanzi said.

Marlena Sparkman, who created the program, said this was the second year of the program and 20 students were selected to win the shopping trip – 19 attended.

“Kids are able to learn about local heroes and have people to look up to besides athletes, actors or musicians,” Sparkman said.

She said it also gives the students and opportunity to meet a police officer or firefighter in a positive setting and see that they “really are the good guys.”

“I wrote about a veterinarian saving my cat,” DiMaggio said.

He said his cat was attacked by a dog but a veterinarian was able to save its life.

Serenity Mahone, a fifth-grader, was shopping with her hero and uncle Michael Bodeker who is a volunteer firefighter in Bayliss.

“He helps put out fires and (helps people) at emergencies,” Mahone said.

Sparkman said there will be a fundraiser in the spring for next year’s Shop with a Hero program.