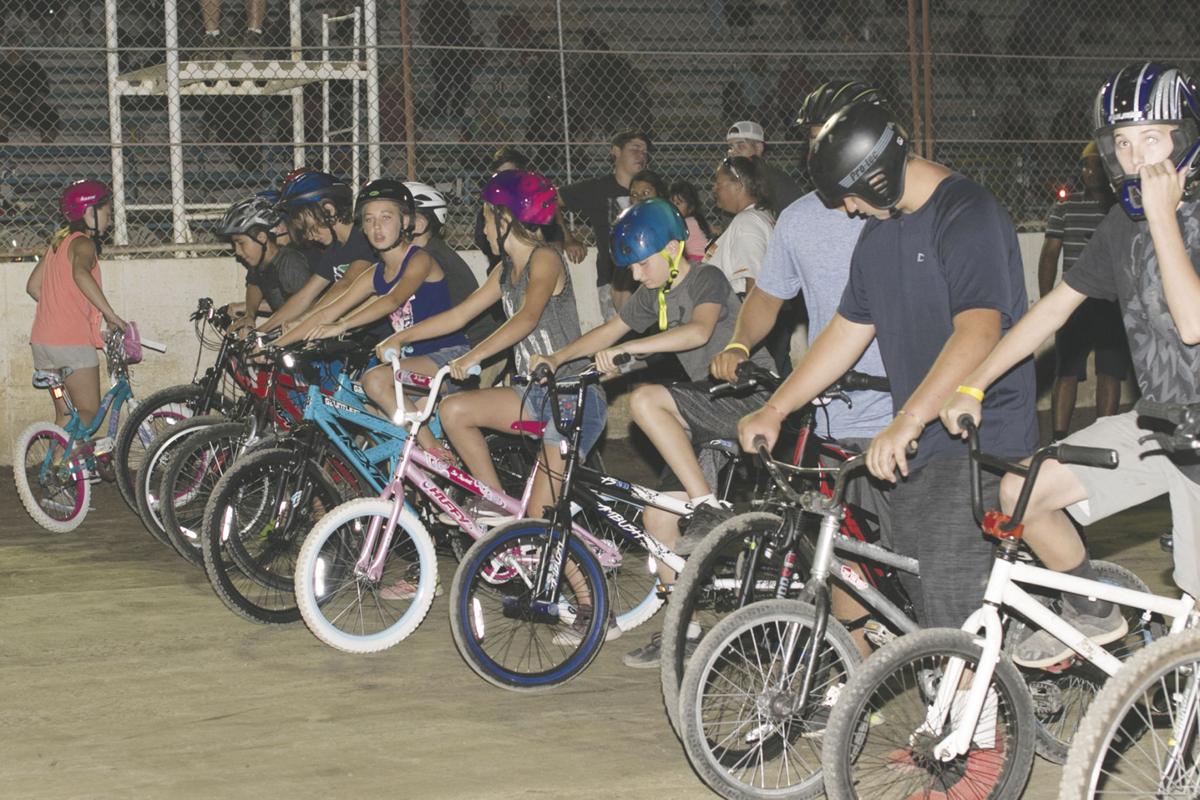 Kids line up for the bike race Saturday night at Orland Raceway. 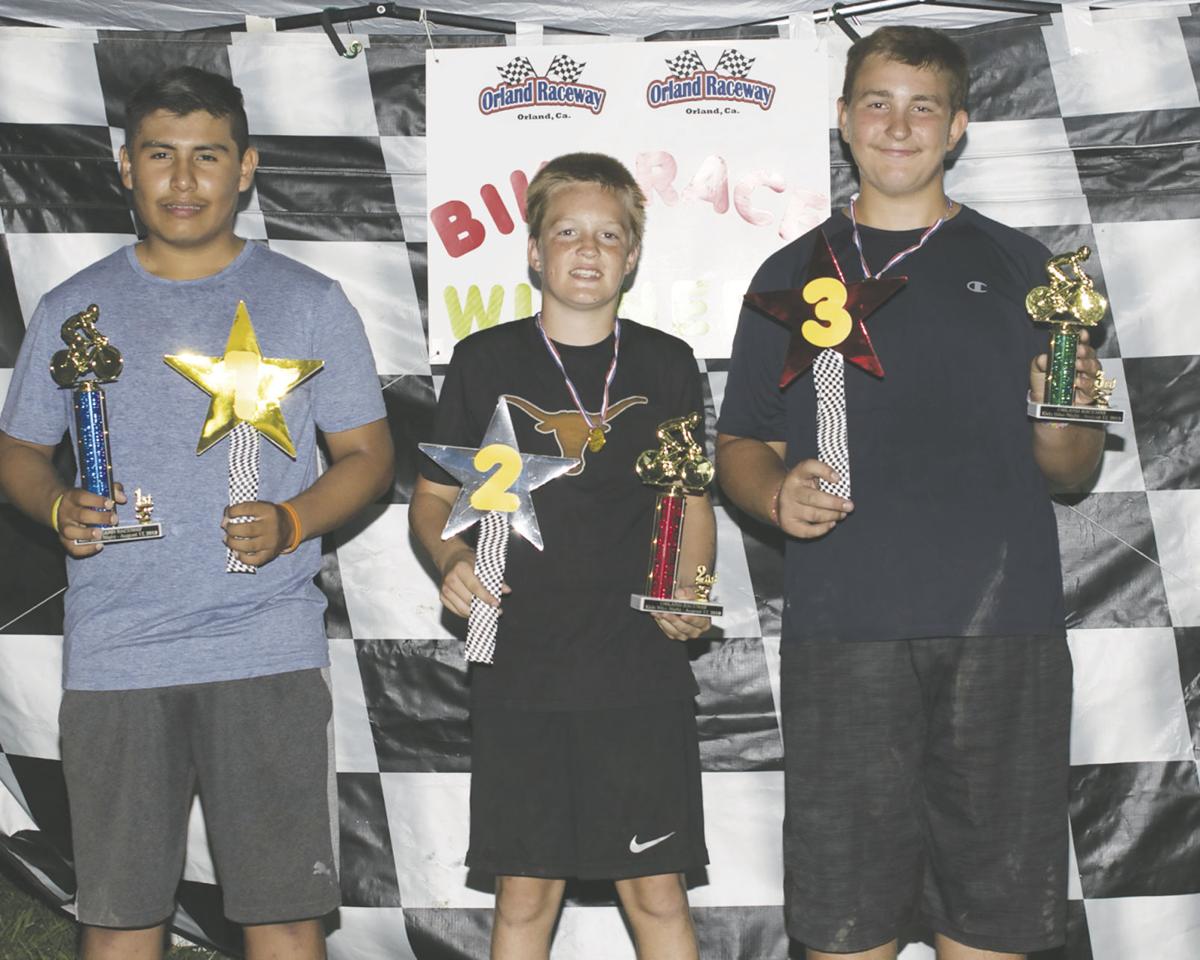 Winners of the age bracket 11-15 from Kids Bike Night at Orland Raceway on Saturday. 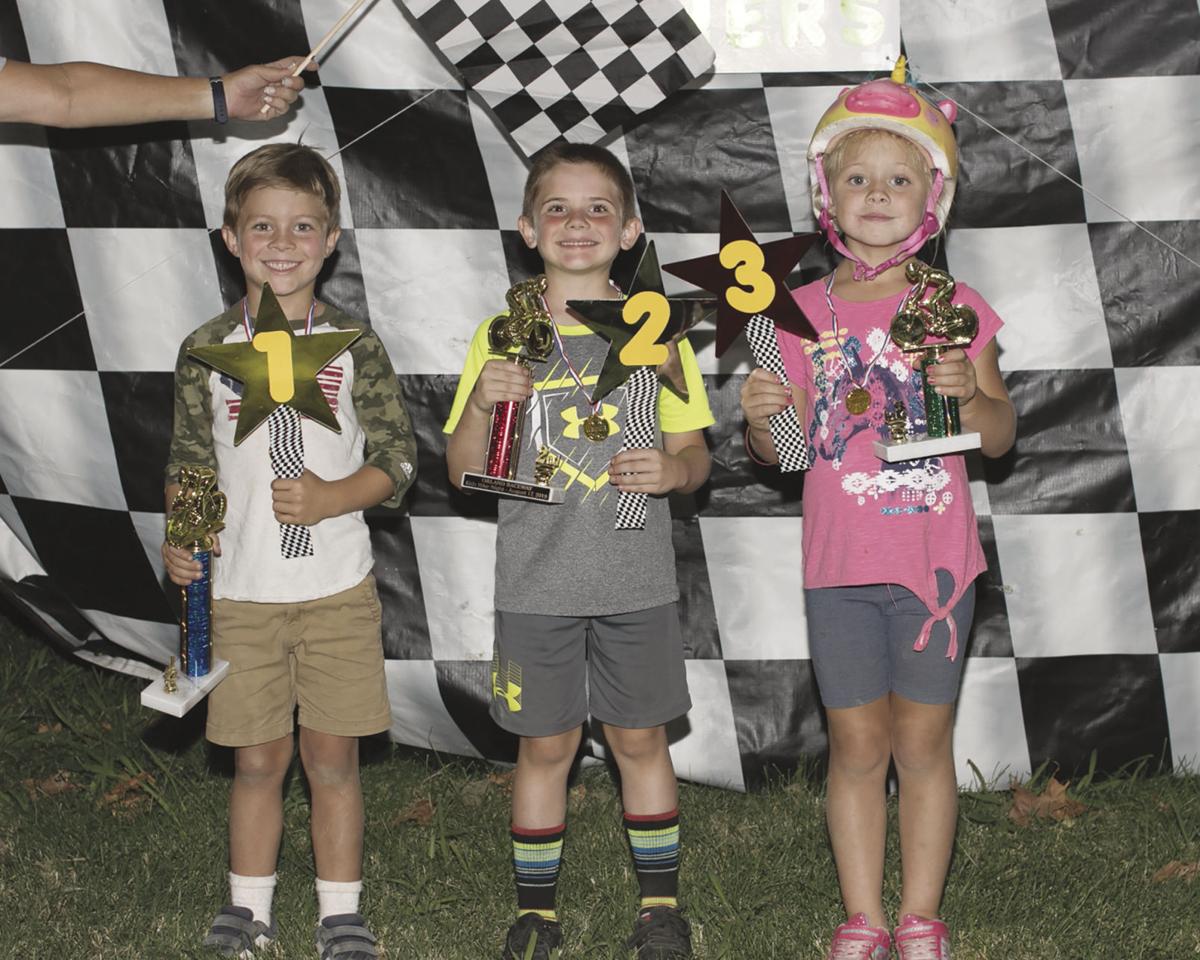 Winners of the age bracket 4-6 from Kids Bike Night at Orland Raceway on Saturday. 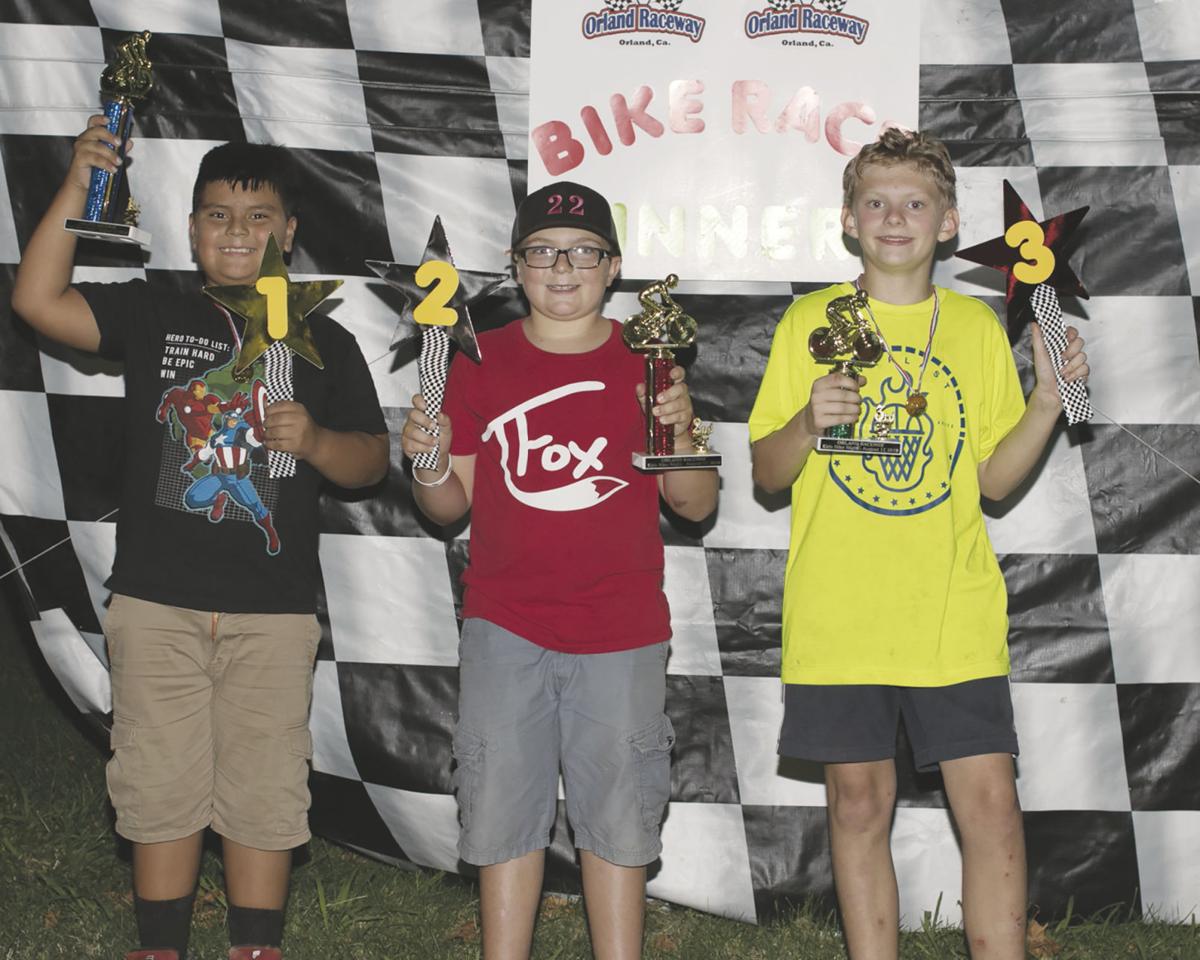 Winners of the age bracket 7-10 from Kids Bike Night at Orland Raceway on Saturday.

Kids line up for the bike race Saturday night at Orland Raceway.

Winners of the age bracket 11-15 from Kids Bike Night at Orland Raceway on Saturday.

Winners of the age bracket 4-6 from Kids Bike Night at Orland Raceway on Saturday.

Winners of the age bracket 7-10 from Kids Bike Night at Orland Raceway on Saturday.

Tony Richards won the 20 lap Wingless Spec Sprint Main Event Saturday night at Orland Raceway. This was Kids Bike Night at the races, and the track gave away 44 bikes to some lucky kids. Richards has won a majority of the Spec Sprint Main Events, but because he failed to start the season opening race, he has been playing catch up with point leader Denny McNary for the entire season. Richards came into the night trailing McNary by 39 points, and that margin threatened to get worse after more mechanical issues sidelined him from his heat race. The team went back and got his backup car for the Main Event.

Richards then made a charge from the back to the front of the pack and scored yet another impressive feature victory. His win came ahead of Gary Paulson, who was making his first start of the season. Paulson and McNary won their respective heat races, and McNary kept the point damage to a minimum as he scored another good finish in third. Rookie Jeremy Langenderfer finished fourth, followed by Tyler Rockwell, Josh Tucker, James Taylor, Ryan Owens, Cassie Amore and Ed Butterfield.

Kalvin Kvalvik won the 20 lap Mini Truck Main Event. This was the second win of the season for the current point leader. Kvalvik scored the win ahead of his closest championship contender, William Fogle. Anthony Esquaville wzs a solid third, followed by Cindy Wagner, Rick Etchison, James Woodell, Tony Quinones, Dan Libbee and Dan Webster. Etchison and Webster won their respective heat races, but Webster was out of the Main Event early.

Tom Davis continued his march towards a third-straight Mini Stock championship by winning the 20 lap Main Event. Davis has won most of the Main Events this season and is showing no signs of slowing down. During the off week, Davis went to Susanville and scored his fourth win there. Shasta Speedway racer Dusty Hills made his first visit of the year and matched Davis with a heat race victory. However, Hills proved to be no match for Davis as he would settle for second behind the Orland point leader. John Kirkpatrick finished third, followed by Randy Black, Jason Libbee and Tommy Whicker.

Kylee Porath won the 20 lap Wingless 250 Micro Main Event. This was the third win of the season for Porath. Incoming point leader Mike McCarthy suffered mechanical issues early on and scratched from the Main Event. This allowed Ronnie Heyer and Lester Elsey to close the gap in the championship point battle. However, Porath would win the Main Event ahead of Heyer, James Barnes and Elsey. Porath and Elsey were eight lap heat race winners.

Racing will continue on Aug. 31 as the Winged Crate Sprint Car division will make their second appearance at the speedway. Also competing will be the Wingless Spec Sprints, Mini Trucks, Mini Stocks and the Wingless 250 Micro division. For further information, go to the Orland Raceway Facebook page.