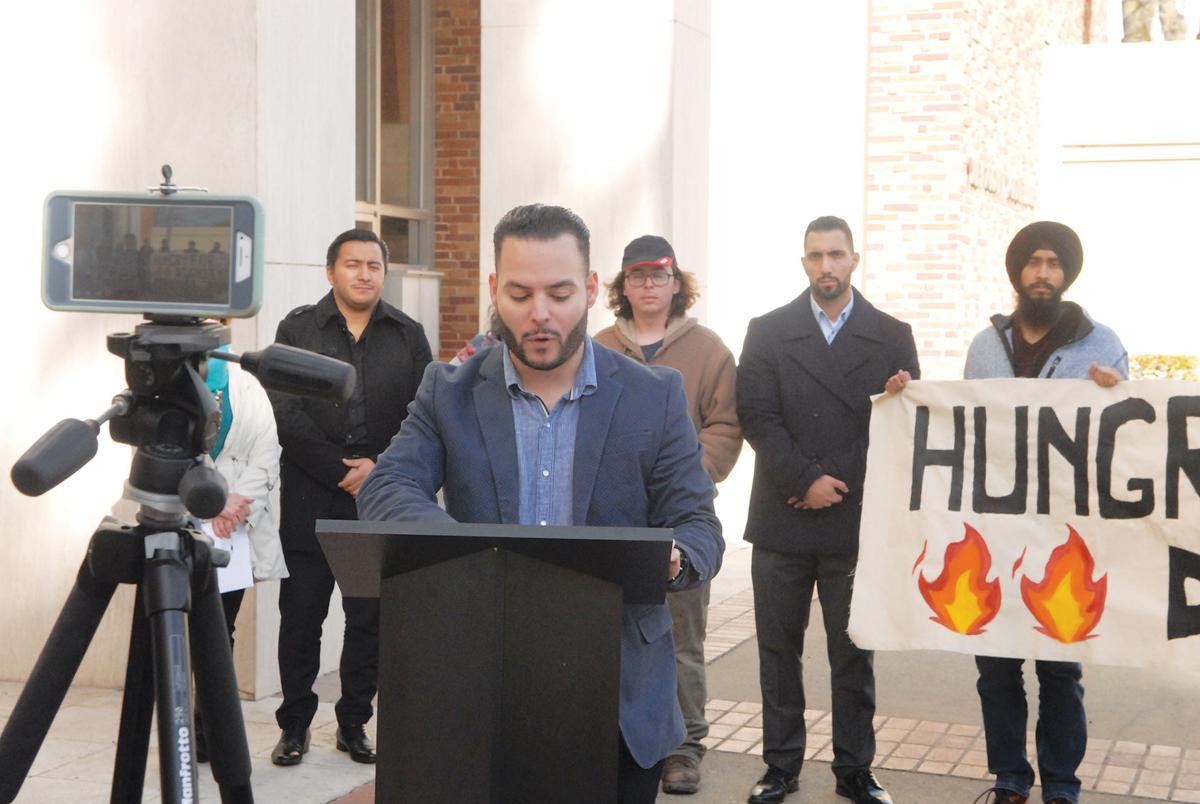 Mahmoud Zahriya, of a Sacramento advocacy group, speaks during a press conference highlighting the hunger strike by immigration detainees at the Yuba County Jail on Thursday, Feb. 14, 2019. 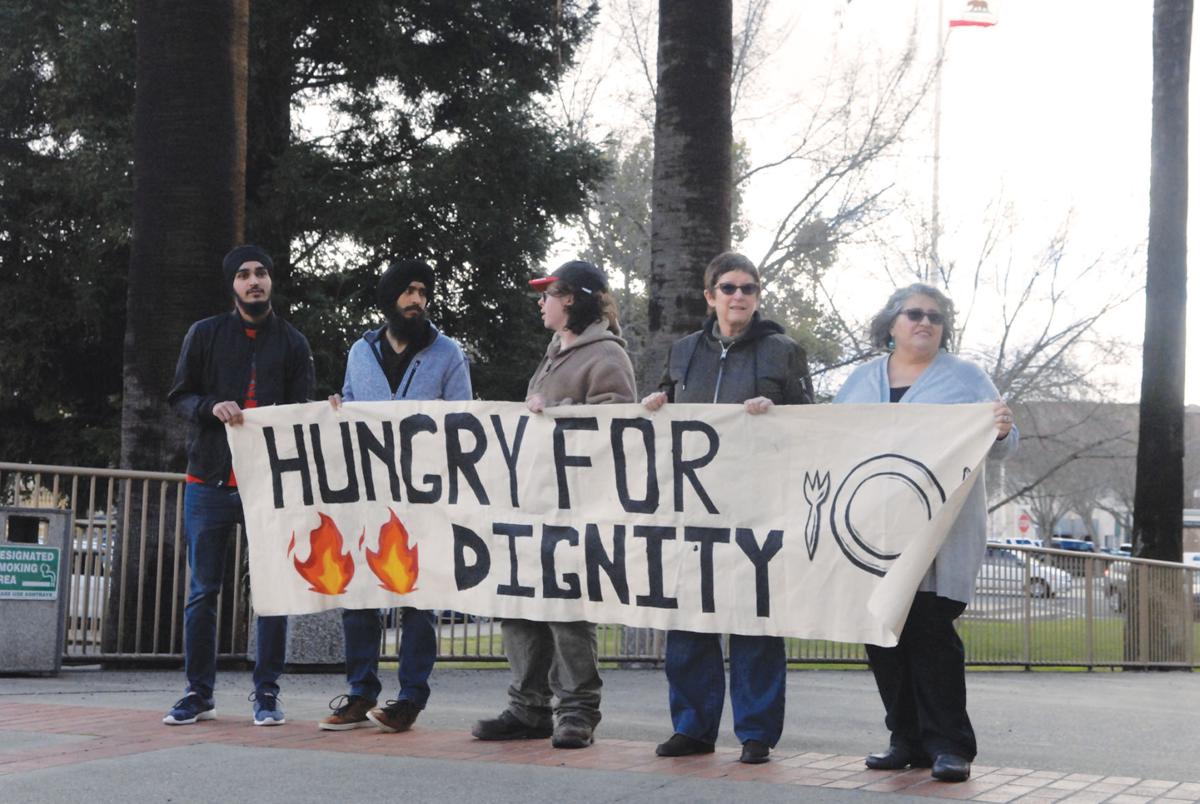 Mahmoud Zahriya, of a Sacramento advocacy group, speaks during a press conference highlighting the hunger strike by immigration detainees at the Yuba County Jail on Thursday, Feb. 14, 2019.

Advocates for locally jailed ICE detainees conducted a press conference on the steps of the Yuba County Superior Courthouse on Thursday to speak out against what they call inhumane conditions at the Yuba County Jail and to ask community members to stand in solidarity.

Sheriff Wendell Anderson had countered claims earlier in the week about jail conditions and he and Immigration Customs Enforcement officials have said conditions and operations meet or exceed standards.

Thursday marked the fifth day of a hunger strike initiated by immigration detainees at the Yuba County Jail. There were 46 detainees who started on Sunday and by Wednesday, that number dropped to 29. What’s more concerning to activists is that the strike’s organizer, Carlos Sauceda, was moved to a different facility on Wednesday without warning to him or his family – an action which activists say is clearly retaliation for organizing the strike and speaking to the media.

Representatives from Sacramento advocacy groups – like NorCal Resist, Step Up, Sacramento ACT and Council on American-Islamic Relations – spoke about how poor conditions have been consistent at the Yuba County Jail. Saad Weilem, a civil rights attorney representing a detainee at Yuba County Jail, said his client has diabetes. He said his client has passed out unconscious on numerous occasions and instead of receiving care has been thrown into isolation.

Mahmoud Zahriya of CAIR alleged that nonimmigration inmates facilitate almost all of the operational duties in the jail and deficiencies are clear.

“It is clear this place is hell on Earth,” Zahriya said.

Rhonda Rios Kravitz, of Step Up, spoke about inspections by U.S. Immigration and Customs Enforcement into the jail have shown that conditions have actually worsened from 2014 to 2017, despite the federal consent agreement the jail is under.

“This jail is a profoundly dangerous place,” Kravitz said.

Other activists spoke about the suicide risks, not just for ICE detainees but for all inmates, and how those detainees with criminal backgrounds have already served their sentences and are being held civilly.

In the letter released Tuesday, Anderson pushed back against various allegations of poor conditions. Anderson said while there are improvements to be made, all inmates and detainees are provided the best level of care possible, regardless of criminal history. He disputes the idea that most detainees are facing civil holds and included a breakdown of which crimes the detainees are accused of.

“It’s been eye-opening over the past week to learn about the conditions at the jail,” Roberts said.

She said her main goal moving forward is to communicate with local Congressman John Garamendi and ask that he visit the facility and call attention to the matter. She hopes that those who care about civil rights should communicate with their local representatives.

“Think about this from a human perspective,” she said. “If you’re going to detain someone, we need to do it under humane conditions.”

Inderpreet Singh, of Yuba City, also attended after learning about the press conference from a friend.

“I feel like at the end of the day, we’re all human,” Singh said. “If we put ourselves into their place, we’ll definitely be able to feel their pain.”

For those who believe that poor jail conditions should be a deterrent for being incarcerated in the first place, activists stressed that many of these people are being held civilly, were brought to the country when they were young, or came to escape violence in their home country.

“Not affording someone a basic necessity isn’t America,” Weilem said. “Criminalizing a community to supplement a budget speaks to the moral of Yuba County.”

Yuba County contracts space in the jail to ICE for some $5 million a year; a sum jail officials said is vital for support of public safety services.