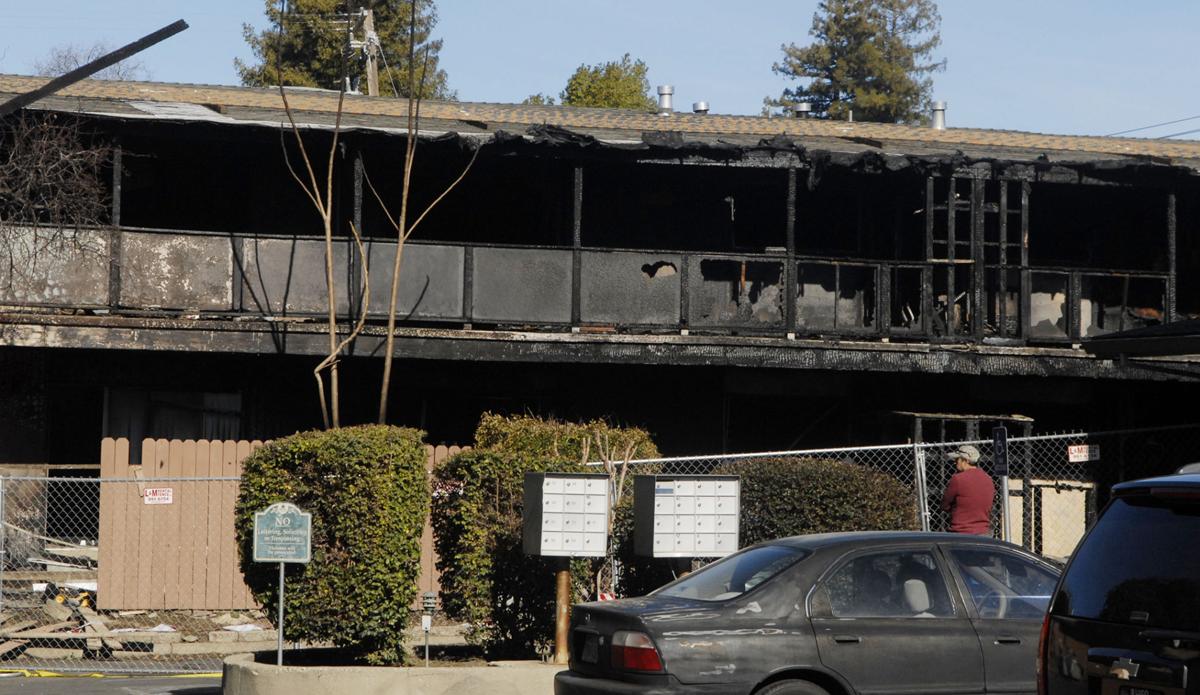 An overview of multiple units charred in a Monday late afternoon fire at the Sandpiper Cove Apartments in Yuba City. 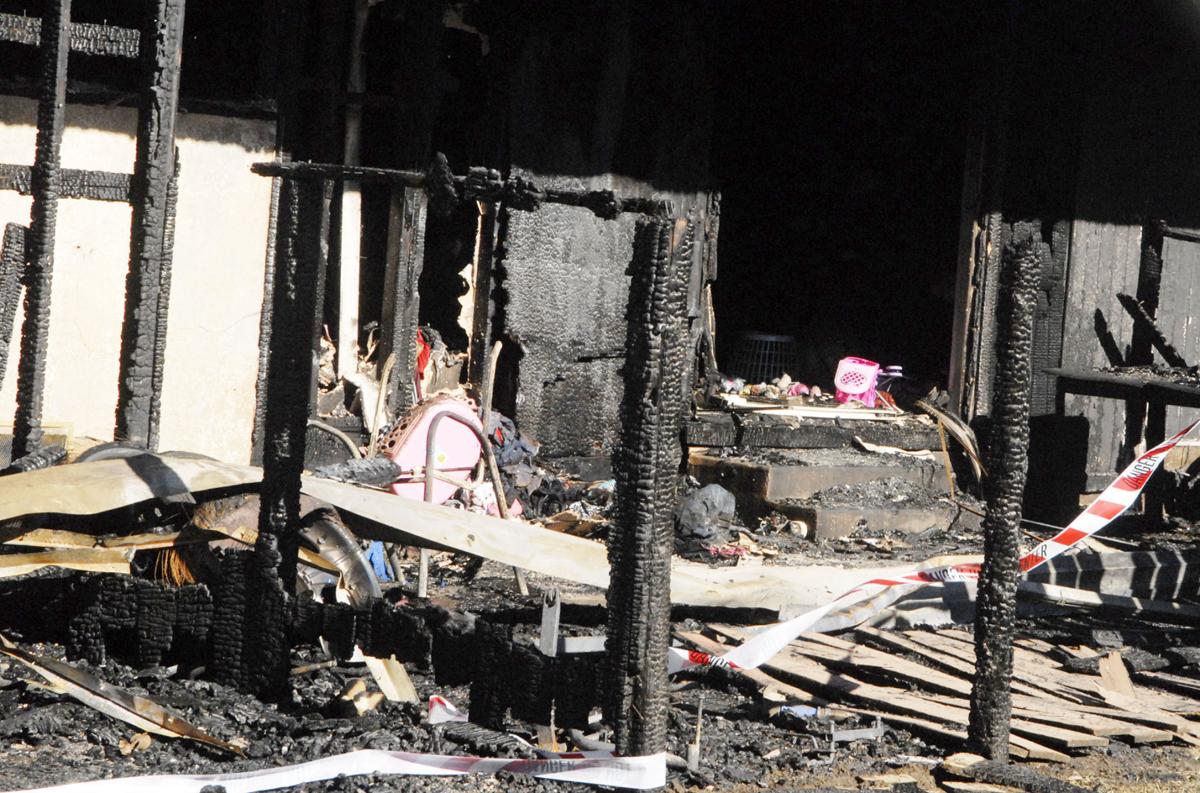 Personal items left relatively unburned outside one of the units at the Sandpiper Cove Apartments in Yuba City.

An overview of multiple units charred in a Monday late afternoon fire at the Sandpiper Cove Apartments in Yuba City.

Personal items left relatively unburned outside one of the units at the Sandpiper Cove Apartments in Yuba City.

The Yuba City Fire Department spent Tuesday investigating an apartment complex fire that destroyed a total of nine units and displaced 80 people on Monday evening. The investigation is expected to take several days to complete.

The fire started at Sandpiper Cove Apartments on McRae Way in Yuba City around 4:47 p.m. on Monday. The department sent six engines to the scene to fight the fire and received assistance from departments in Marysville and Sutter County, said Bill Fuller, fire analyst for the Yuba City Fire Department.

“The fire damage was contained to nine units. Of those units, 35 people were displaced – 25 adults and 10 children,” Fuller said. “Red Cross and TIP (the Trauma Intervention Program) came in to assist and help those families with their needs and to help find alternative housing.”

PG&E cut power to the complex where the fire occurred to allow for officials to inspect the scene for the cause of the fire and to assess the damage done to the company’s equipment. The complex closure resulted in another 45 people being displaced.

Stephen Walsh, communications director for the region’s American Red Cross chapter, said the organization opened an emergency shelter at the Yuba-Sutter Fairgrounds on Monday night to give those displaced a place to stay.

He said conversations were ongoing Tuesday as to long-term plans for the shelter. He said the organization hadn’t made a decision on whether or not to keep the shelter open for an extended period of time. He said many of those that stayed at the shelter left for the day on Tuesday for school and work, so the American Red Cross team would have a better understanding of the ongoing need if and when they returned to the shelter that night.

Cots and blankets were set up inside the fairgrounds main hall and meals were provided for those that were displaced. He said the shelter will remain staffed until further notice.

“The Red Cross doesn’t need anything at this point. We have everything we need to open these kinds of shelters,” Walsh said. “For people who are looking to help those impacted, I would suggest maybe calling their county’s social services and different agencies that provide services to the community to see if they are in need of anything.”

“For any customers we did not restore due to fire damage, the complex owner will need to make repairs and get a city inspection before PG&E could power any remaining apartments,” Moreno said.

Yuba City Fire Chief Jesse Alexander said the residents that occupy the complex will not be able to return until the building’s gas lines have been checked to ensure they weren’t damaged in the fire. He said the process to reopen the complex to residents will take at least a few days.

The investigation into what caused the fire is ongoing, Alexander said. Considering the extent of damage to the building, he said, it will likely take multiple days to complete.