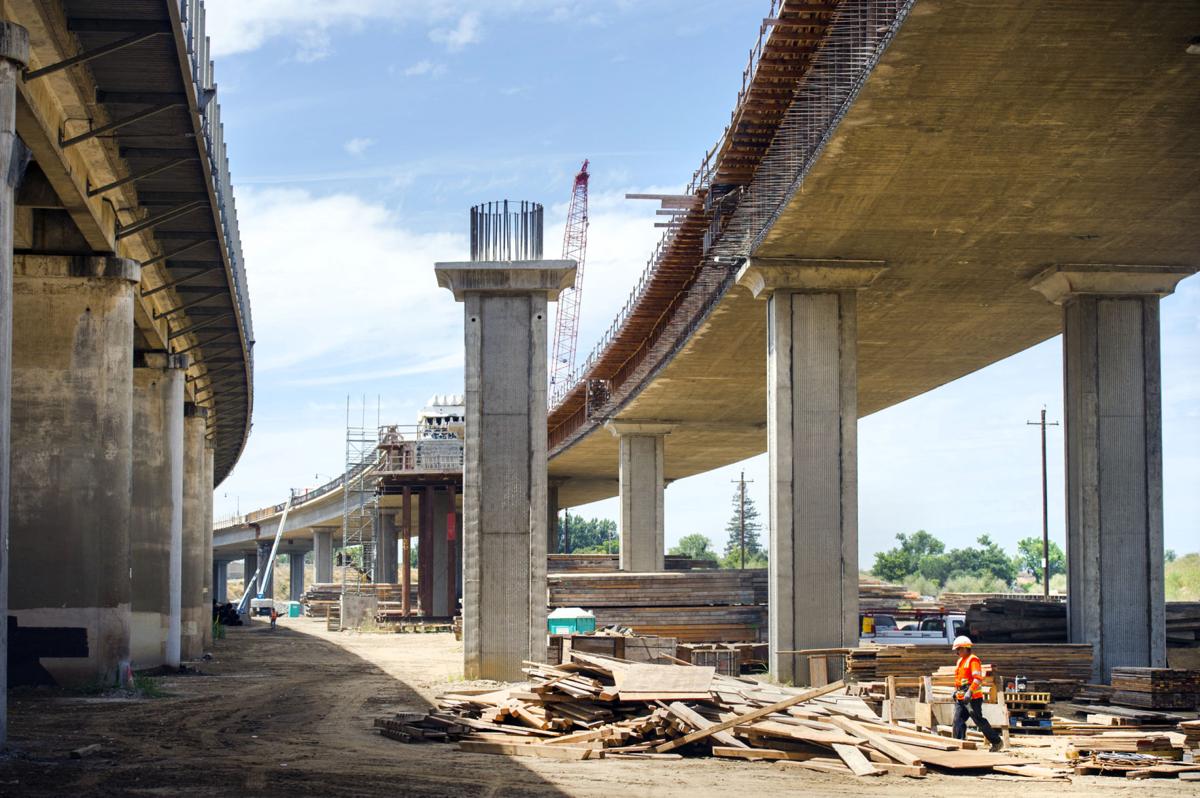 Crews work at the site of the Fifth Street Bridge in Marysville on Monday. 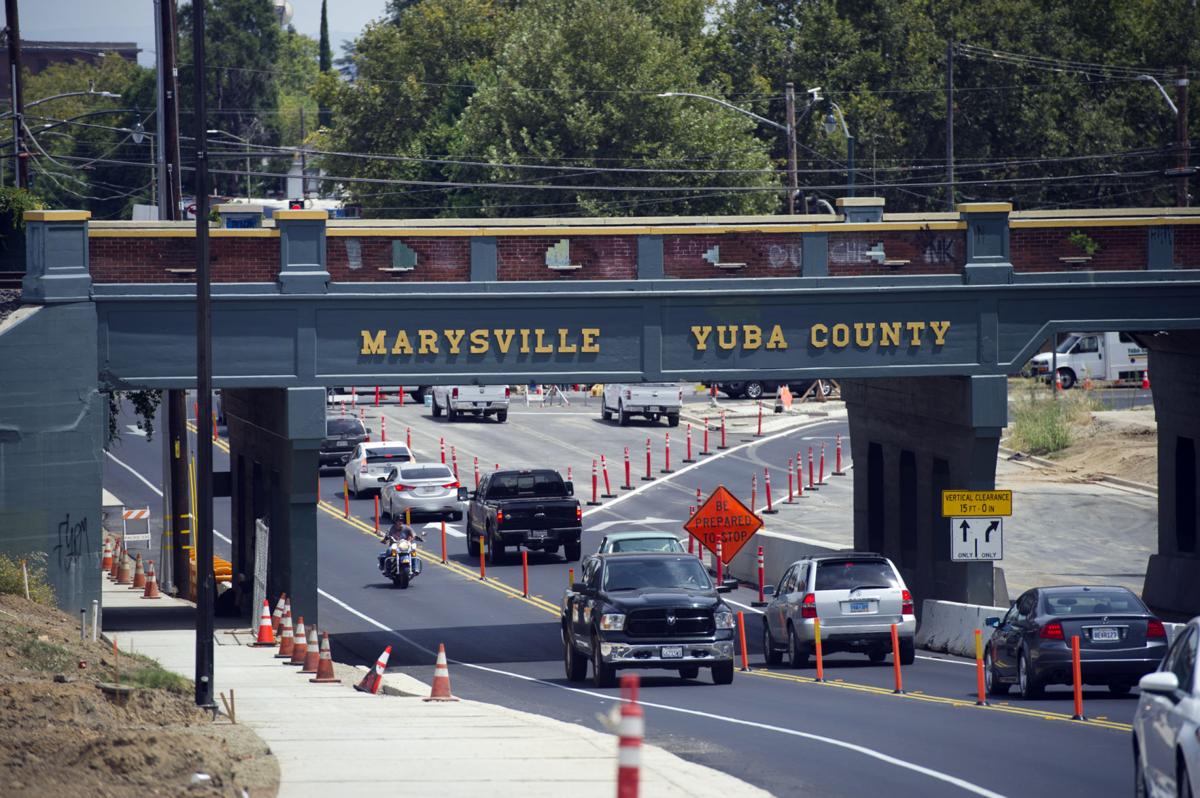 Traffic moves near the site of the Fifth Street Bridge in Marysville on Monday.

Crews work at the site of the Fifth Street Bridge in Marysville on Monday.

Traffic moves near the site of the Fifth Street Bridge in Marysville on Monday.

Motorists are now making use of two of the four lanes that will grace the new Twin Cities Memorial Bridge. Work constructing the other two lanes of the replacement for the Fifth Street Bridge is on schedule for completion next year.

The $73 million replacement project began in early 2018 and is being done by MCM Construction. It will be a 1,868-foot long, 76-foot wide, four-lane bridge that will carry about 95,000 vehicles per day, according to a Yuba City official.

The project manager is encouraging people to be mindful of the new, lower speed limit.

“Right now, our goal is to slow down traffic and we know that everyone is excited to be on the bridge but we lowered the speed limit from 35 mph to 25 mph,” said Mehrdad Varzandeh, project manager and resident engineer with the Fifth Street Bridge Replacement Project. “We’re constantly changing traffic patterns and in about a month, there will be another traffic pattern change on Second Street.”

He said someone already ran into a barrier on the bridge.

Preparations to remove the old bridge are taking place starting on the Marysville side.

“Fences and lights are being removed now and they’re cutting into the concrete because that makes it easier when it comes time for demolition but none of the superstructure of the old bridge has begun – that should start in the latter part of this week,” he said. “We don’t have exact dates yet, but Bizz Johnson Drive will be closed for about two days during the day time so demolition can take place. Once that’s cleared, it should be smooth sailing.”

He said they’re still working with the contractor on the best approach to completing the demolition work over the Feather River.

“Demo work over the river requires more prep,” he said. “There’s an environmental compliance component when working over the river and everything has to be done by October, unless we get an extension.”

On the southeast corner of Fifth and J streets in Marysville, crews are installing drainage, Varzandeh said.

“The Second Street Bridge in Yuba City is gone but the abutments still need to be removed and that will happen this week,” he said. “Road work is being done on Bridge Street in Yuba City west of the eastbound onramp and at the onramp.”

“We need to keep the same pace so we don’t do any road work during the rain,” he said. “Ideally, we’ll be done with all the improvements to the subsurface of the road before the rain starts. We expect to complete all the finish paving next year.”

For more information about the project, visit www.5thstreetbridge.com.