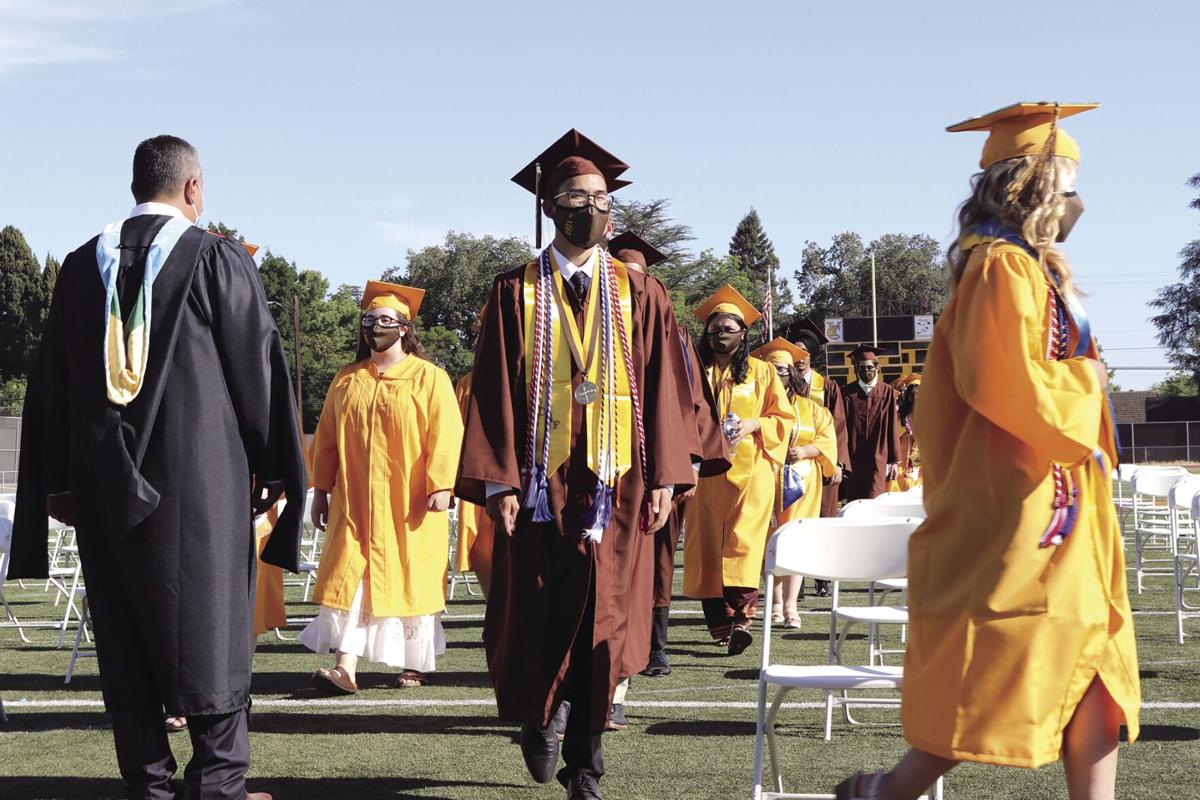 The 2021 graduating class of Yuba City High School make their way into the graduation ceremony held at Honker Stadium on Friday night. 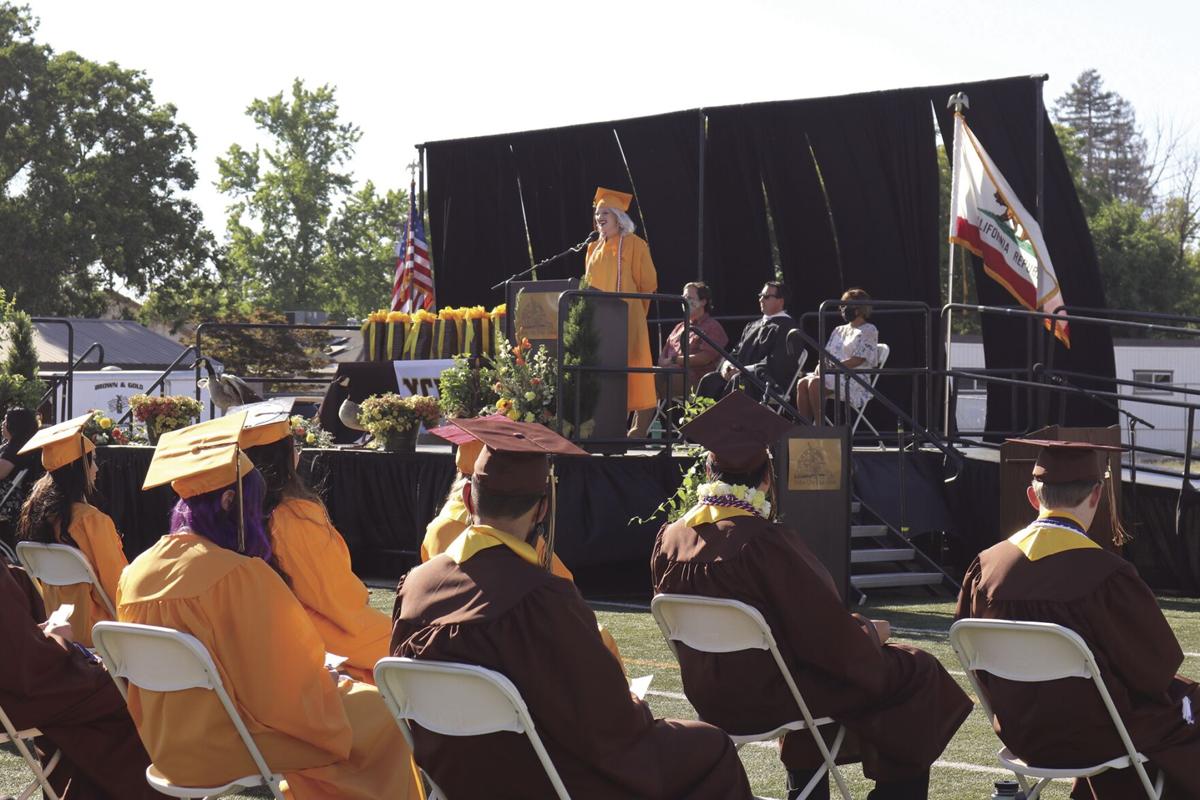 The 2021 graduating class of Yuba City High School make their way into the graduation ceremony held at Honker Stadium on Friday night.

Despite the sun beating down on Honker Stadium and near triple-digit temperatures, many of the graduating seniors from Yuba City High School were thankful to have the opportunity to participate in an in-person ceremony Friday night.

“It is surreal after months of staying inside,” said graduate Emily Dominguez.

YCHS senior Olivia Rustrom agreed, saying she was glad to be able to have a ceremony after an unprecedented senior year.

Fellow graduate Riley McPeak said she felt as though she and her classmates graduated after their junior year because they missed out on so many of the traditional school activities that happen during senior year due the COVID-19 pandemic.

Yuba City High School principal Robert Pogue said that the 98th graduation ceremony hosted by the school on Friday night was a culmination of many years of support from family, friends, teachers and staff of each of the graduates as well as the perseverance of the students throughout the years.

“Each of these students in a cap and gown have worked hard to earn their place on this field here tonight,” said Pogue during the ceremony.

To limit the amount of people at the ceremony, the 437 graduates in this year’s class were divided into two ceremonies and both were held Friday night on the school’s football field.

Monica Gracia attended the ceremony to see her niece graduate, something she thought she was going to miss out on due to the ongoing pandemic.

“I am really glad she got to have this moment,” said Garcia. “She has worked so hard and she deserves that moment to shine. I’m glad the school was able to do the ceremony in person again.”

McPeak said she was looking forward to celebrating with her peers at graduation parties after the ceremony and Rudstrom said she has a trip to Disneyland planned this summer.

Dominguez said she is looking forward to going off to college and being able to have freshman orientation in person now that things are slowly returning to normal.