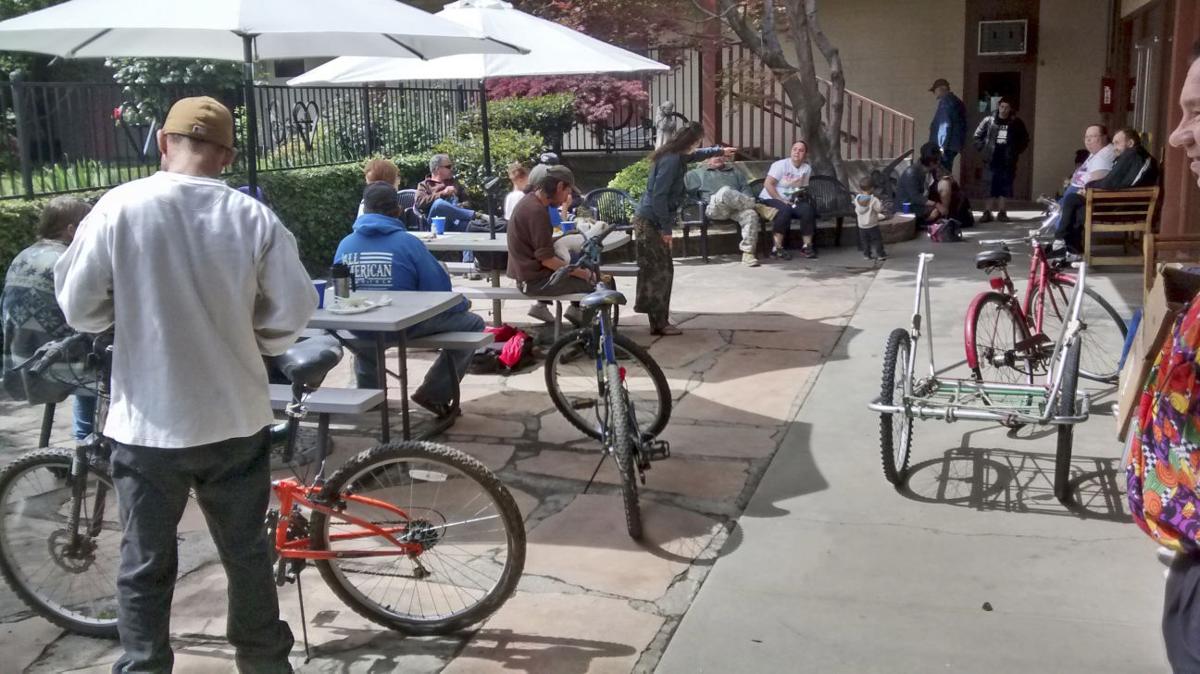 First, it was free lunches for the needy once a week at St. John's Episcopal Church.

Thanks to a donation of 24 bikes by the Marysville Police Department to the nearby church, many people are more mobile in the community.

"They were all bikes that we purged from evidence, and most of them were in good condition," said Marysville Police Chief Aaron Easton, adding that sharing bikes with those in need can be a great resource for helping people find employment.

Easton said the department plans to donate more bikes as its evidence storage fills up and as bikes become eligible for release.

The church held a raffle during its April 1 lunch, and all 16 people who wanted a bike received one, said Susan Kimmel, senior warden with St. John's.

"One cute thing that happened was a couple came to the lunch and we gave them one of the bikes that had a cart so they could carry their three small dogs."