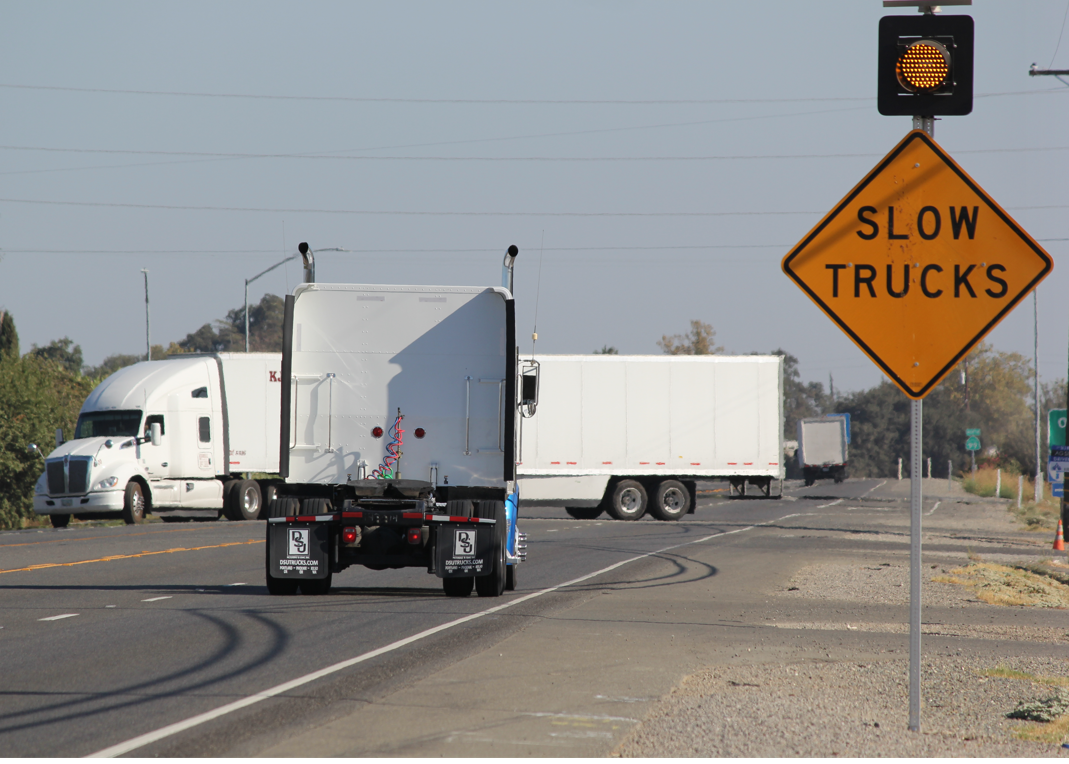 There is a truck stop south of the intersection of Highway 99 and Oswald Road in Sutter County where officials are considering a roundabout or stoplight to mitigate vehicle accidents. 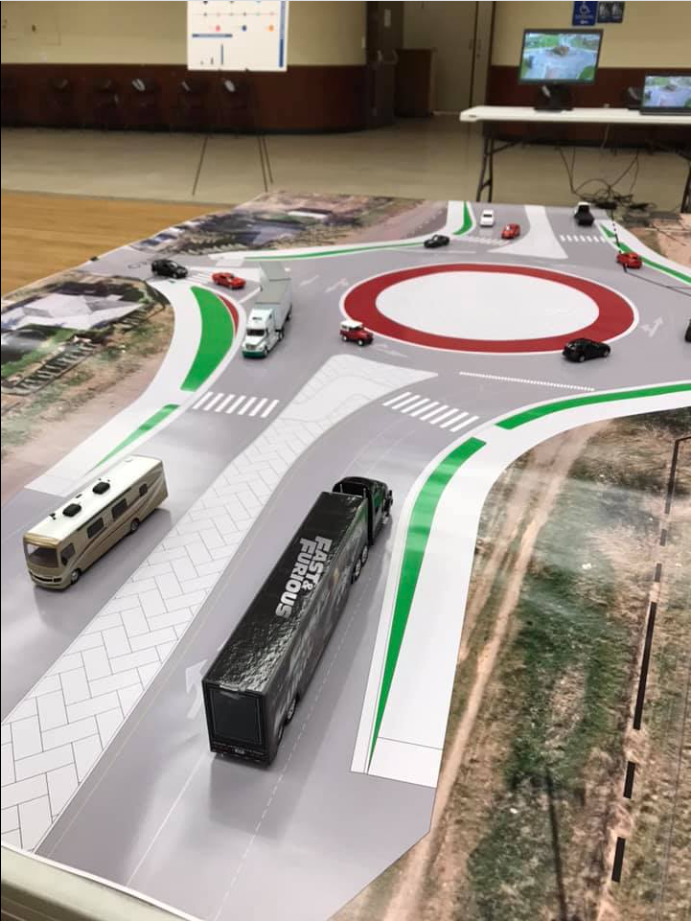 A model representing a roundabout superimposed over the intersection of Highway 99 and Oswald Road in Sutter County. The model was on display at an outreach event at Sutter County Veterans Hall in December 2019.

There is a truck stop south of the intersection of Highway 99 and Oswald Road in Sutter County where officials are considering a roundabout or stoplight to mitigate vehicle accidents.

A model representing a roundabout superimposed over the intersection of Highway 99 and Oswald Road in Sutter County. The model was on display at an outreach event at Sutter County Veterans Hall in December 2019.

The Sutter County Board of Supervisors met last week for a study session regarding the roadway improvement project planned for the intersection of Highway 99 and Oswald Road.

Heavy truck traffic in the area has increased in recent years and the Development Services Department has received complaints from area residents. The number of accidents involving heavy-duty trucks has increased, as has the number of reported close calls, according to a Sutter County staff report.

The county has two options for the improvement project - adding a traffic signal or a roundabout, according to Development Services Director Neal Hay.

District 5 Supervisor Mat Conant said Caltrans believes a roundabout is a significantly safer alternative, but Conant is still not sure.

“I don’t see how that could possibly work with these bigger trucks,” Conant said. “...I’m not sold on the roundabout.”

Conant said he’s concerned about large haulers and tractor trailers trying to maneuver the roundabout and potentially crushing smaller vehicles that travel on the inside lane. In addition, he said he hasn’t heard from constituents who think the roundabout would be the best option. His preference would be to install the traffic signal in the short-term and in the future obtain funding to construct an overpass in that area of the highway.

Hay said the estimated cost of an interchange is approximately $30-40 million, which is more than what Caltrans and the county have available to appropriate for a project.

Hay said the challenges of this project include obtaining accurate impacts and advantages of each alternative; getting the word out to the public and gathering their comments; and diligence and persistence from the development services staff and assistance from its consultant team to navigate the project approval process.

He said the board, in coordination with Caltrans District 3, will determine the preferred alternative for the intersection. The county entered two cooperative agreements with Caltrans in which the state agency agreed to prepare and pay for project initiation documents, and project approval and environment documents. Those documents are then reviewed and approved by Caltrans, according to Hay.

“The state has agreed to pay for and complete the construction documents and any required right of way acquisitions for the project,” Hay said. “The county and Caltrans have yet to enter a cost sharing cooperative agreement for the construction of the project.”

Hay said project and environmental approval will be completed in 2022, design in 2023, right-of-way acquisition in 2023-24, and construction will begin in 2024-25. Supervisors directed staff to continue with the development of the project documents for both alternatives as well as to find a viable site for a full-scale layout of the roundabout to confirm which vehicles could transition through a roundabout.

Conant encouraged residents to reach out to supervisors and county staff with their opinions about the two alternatives. He said while Caltrans has said the roundabout will be safer, he’s not sure their studies have taken into account how large trucks and trailers will do in a roundabout.

“I’m just not convinced that this roundabout is as safe as everyone thinks it’s going to be,” Conant said.

Caltrans District 3 public information officer Gilbert Mohtes-Chan directed all questions to Sutter County as it is the lead agency. He said Caltrans has an oversight role at this time.

“The state would review and comment on any proposals coming from the county,” Mohtes-Chan said in an email.