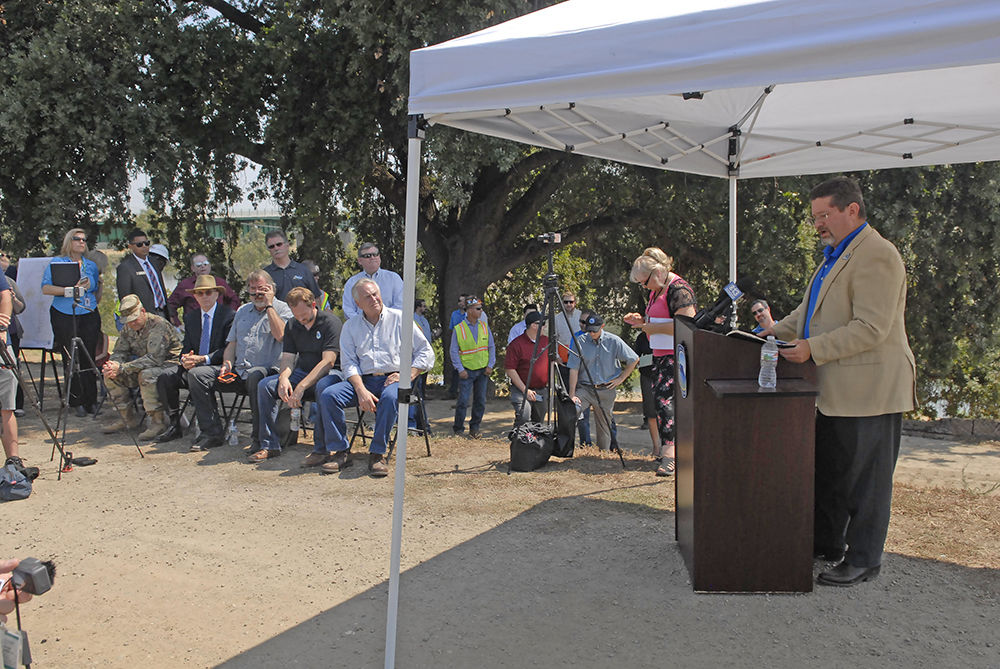 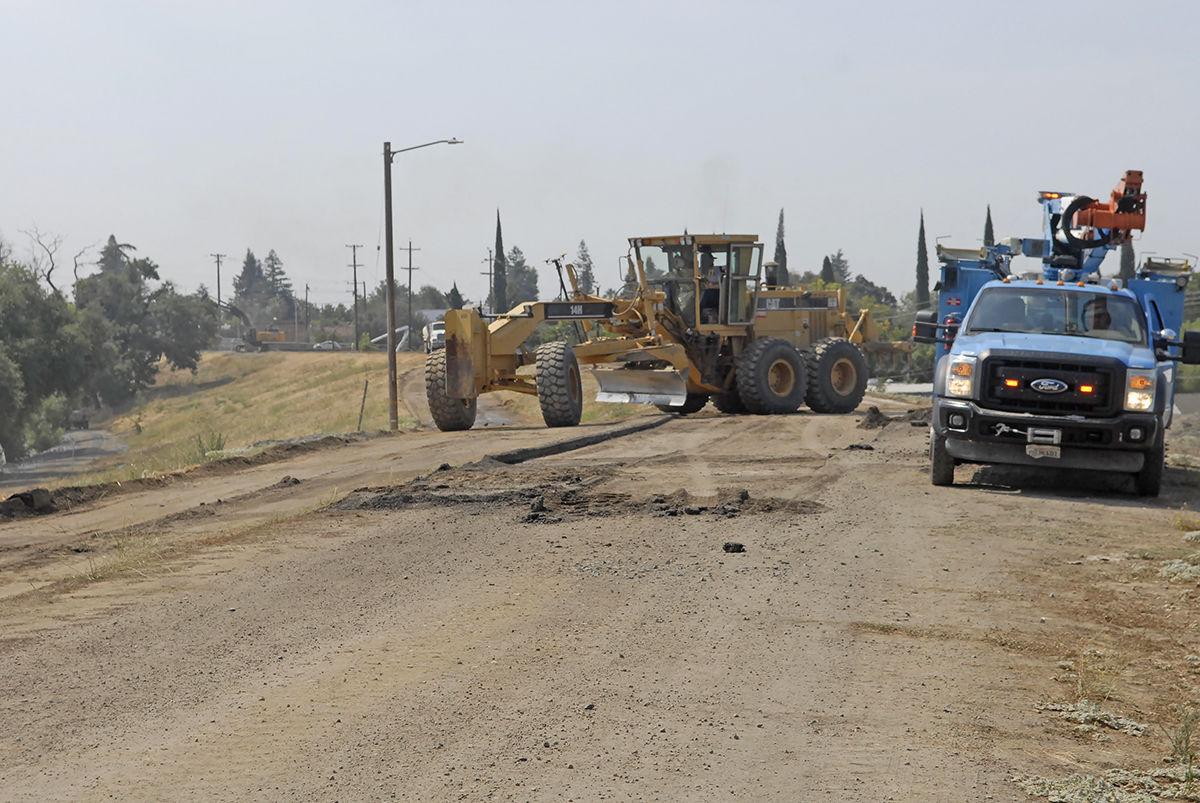 The heavy work is now underway on emergency repairs to the nearly 3 miles of levee protecting the heart of Yuba City.

“If you were to ask me three weeks ago if we were going to get permission to modify a federal levee in time to make this construction season, I would have laughed at you,” said Mike Inamine, executive director for SBFCA. “But it’s tremendous what (U.S. Army Corps of Engineers) Commander (David) Ray and the Sacramento district team has put together in terms of the permitting process.”

The  process, which typically is a lengthy process, was expedited over a span of a few weeks by the corps – which has final approval over any project that would modify a federal levee.

Col. David Ray, commander for the corps’ Sacramento district, said Thursday’s announcement indicates what can be achieved when various federal, state and local parties come together and work as a team.

“The levees along the Feather River were tested last winter,” Ray said. “This action is going to ensure they are ready to withstand a similarly rigorous test next year if required.”

Thursday marked the first day of actual heavy construction on the project to repair the 2.9 miles of levee. Inamine said the project is expected to take until the end of November to complete – well into the flood season that begins Nov. 1.

“We are still going to be encroaching into the flood season by one month,” Inamine said. “We will be watching what happens with hydrology and Oroville dam operations carefully in order to be able to complete work and provide more flood protection. So, time is of the essence.”

SBFCA crews began preliminary work on the 2.9 miles of levee earlier this week in anticipation of the corps approval. Between Monday and Wednesday, the work area was cleared, fencing was put up and the asphalt on the crest of the levee was ground down.

The Feather River Parkway, as well as the bike path along the levee, will be closed throughout construction.

On Thursday, crews began degrading the levee to prepare for the actual slurry wall being placed. Inamine said it will take about two weeks of preparation before crews start on the slurry wall.

While crews are pouring the slurry wall, Inamine said residents should expect around the clock work.

“Once that’s done, the slurry wall has to settle for about three weeks, so you won’t see a lot of action happening around the job site,” Inamine said. “After that, then we will go about putting the levee back together.”

Officials said residents should expect normal construction activities around the work area over the next few months – things like traffic, dust, noise and lights.

“What is being done has never been done in such a short time,” said Yuba City Mayor Stan Cleveland. “Let the workers get done what they need get done. It’s your safety that is at risk here if they don’t.”

SBFCA conducted studies last year and found the stretch of levee to be deficient. The corps put the existing wall into the levee shortly after the 1997 flood, but due to changes in technology and methodology the slurry wall does not meet today’s standards.

The 2.9 miles of levee – stretching from about a mile north of the 10th Street bridge to about 1 ile south of the Fifth Street bridge – showed signs of severe distress this winter, such as seepage, sink holes and boils, and waterside erosion, according to the agency.

Clyde MacDonald, a member of the Central Valley Flood Protection Board, which is another entity that had to sign off on SBFCA’s plans before heavy construction could begin, said the Central Valley has a number of levees that no longer meet today’s flood protection standards. He said over the next 20 to 30 years, about $20 billion will be needed to make needed improvements.

“About a month ago, we held a rally just north of this spot on the levee,” said Assemblyman James Gallagher, during a press conference Thursday. “About 250 people from this community rallied, came together and identified that we need to get vital repair work done on this levee. I’m very proud to announce that call was heard.”

Gallagher said the emergency repairs the Sutter Butte Flood Control Agency plans to do are crucial because the 3-mile stretch of levee protects about 80,000 residents in Yuba City and about $6 billion worth of property.

He said if SBFCA had not gotten approval to do the work this year and the levee broke this upcoming winter, Yuba City would be devastated by flooding.

“Usually, it takes a long time to get funding from the state, so it’s great to be able to apply that pressure and actually get a response and get something done that will make a difference in the lives of thousands of citizens,” said Sutter County Supervisor Dan Flores.

The Department of Water Resources is funding the majority of the $28.5 million project, according to SBFCA. DWR organized Thursday’s press conference in Yuba City but did not have a representative present.

Elizabeth Scott, public information officer for DWR, said there was no one in the state agency available Thursday to respond to the Appeal-Democrat’s request for comment.