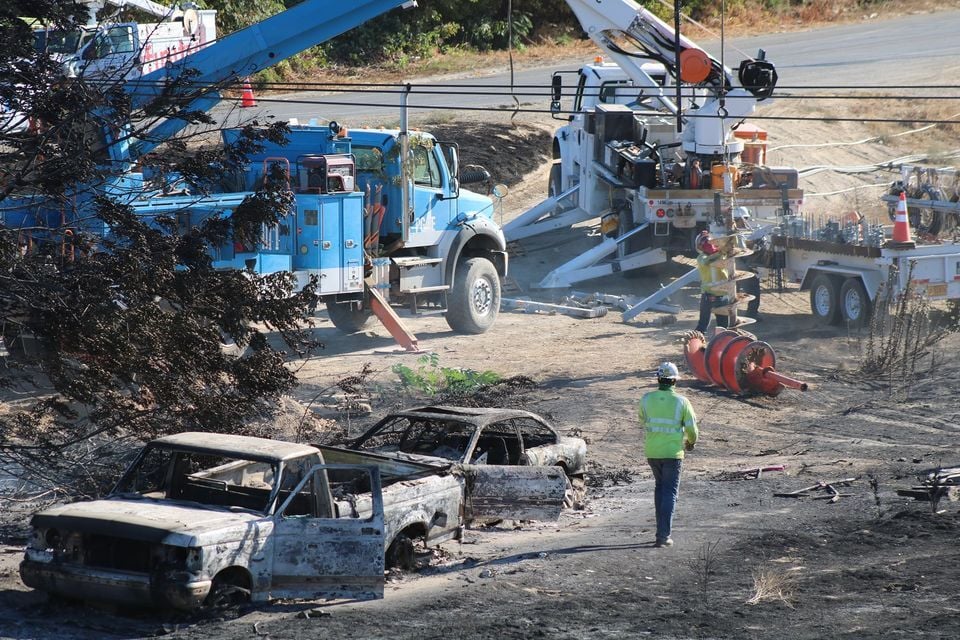 Crews continued mop up efforts Friday following a fire that broke out on the levee along Simpson Lane between Marysville and Linda Thursday evening, causing power outages in the area. 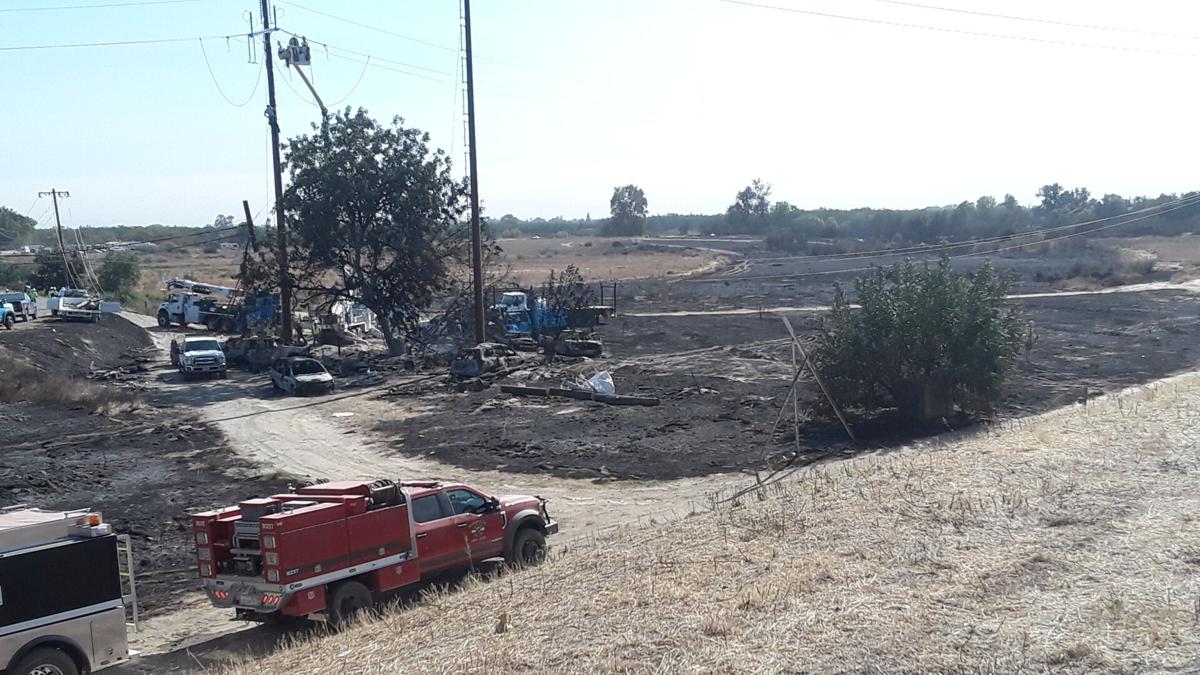 Crews continue to work on power lines in the ravine off Simpson Lane in Marysville following Thursday night’s fire in the homeless encampment.

Crews continued mop up efforts Friday following a fire that broke out on the levee along Simpson Lane between Marysville and Linda Thursday evening, causing power outages in the area.

Crews continue to work on power lines in the ravine off Simpson Lane in Marysville following Thursday night’s fire in the homeless encampment.

Electricity was restored overnight to most of the 8,695 Marysville and Olivehurst residents left in the dark when a fire on Simpson Lane in Marysville Thursday evening knocked out power in the area.

The fire broke out just after 7 p.m. in a homeless encampment on the levee that runs along Simpson Lane between Marysville and Linda.

“After all was said and done, the fire was contained quickly yesterday evening, after mostly burning in an open field and damaging some power lines,” said Yuba County spokesperson Rachel Rosenbaum on Friday.

Rosenbaum said several homeless residents were evacuated from the area as a safety precaution, but very few encampments were actually touched by the blaze.

“Most have already returned to that area, which is now in the late mop up stage,” said Rosenbaum.

Local officials asked the utility to turn off power in the area at approximately 7:25 p.m., according to Moreno, to protect fire crews working to contain the blaze – causing power outages to an additional 6,623 residents in the area.

“Once it was safe from the fire to respond, PG&E crews restored power to most customers between 10:55 p.m. and midnight, then more at about 2:30 a.m.,”said Moreno.

The utility was able to restore power to the area before the two damaged transmission poles were repaired by rerouting power from other transmission sources, said Moreno.

According to Moreno, about 146 residents remained without power Friday morning but full restoration was expected by 2 p.m.

An additional 1,841 Yuba County residents living in the foothills were without power for approximately two days in an unrelated power shutoff, initiated by PG&E due to critical fire weather conditions.

Above-normal temperatures and dry, windy conditions prompted the shutoff and a red flag warning for much of Northern California, beginning Wednesday. The warning was set to expire Friday afternoon but was extended until 8 a.m. today.

Moreno said the utility received the all-clear to restore power Friday morning and began restoring power to customers in Yuba County soon after.

According to Moreno, full restoration for all 54,000 California customers affected by the shutoff was anticipated by 10 p.m. Friday night, but power was back on for all Yuba County residents by 3 p.m. Friday afternoon.

NWS reports that another weather system could possibly bring gusty winds again late next week and no rain is forecast in the area in the near future.