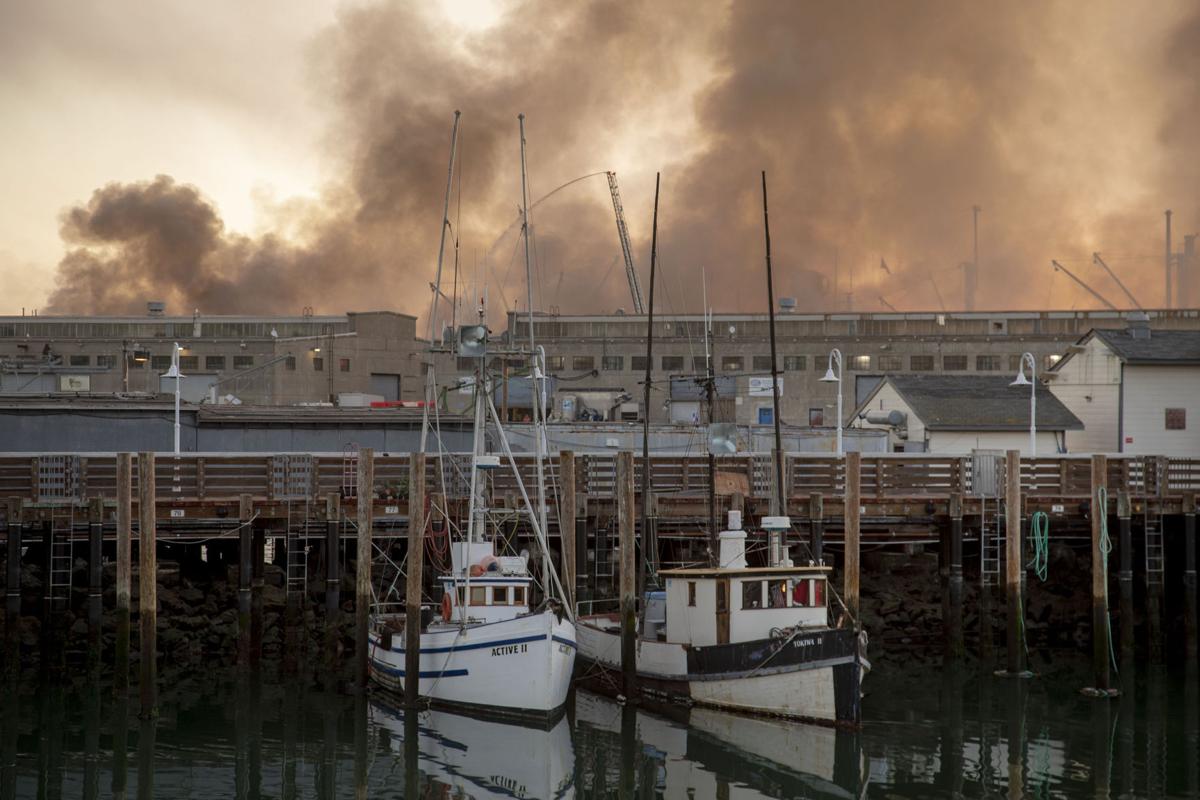 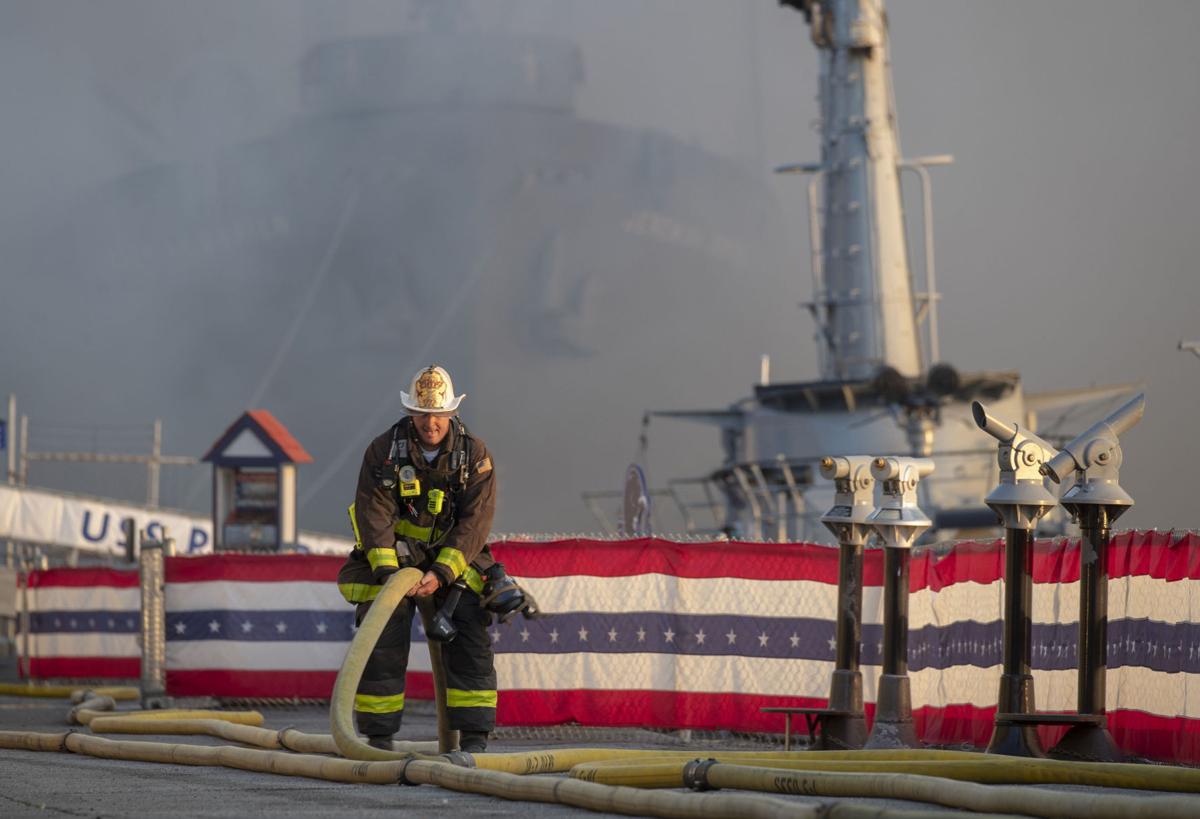 In the shadow of the Liberty ship SS Jeremiah O'Brien and the submarine USS Pampanito, a firefighter moves a charged hose line during a four-alarm fire burning on Pier 45 in San Francisco on Saturday, May 23, 2020. (Karl Mondon/Bay Area News Group/TNS)

In the shadow of the Liberty ship SS Jeremiah O'Brien and the submarine USS Pampanito, a firefighter moves a charged hose line during a four-alarm fire burning on Pier 45 in San Francisco on Saturday, May 23, 2020. (Karl Mondon/Bay Area News Group/TNS)

SAN FRANCISCO – In the early morning of Saturday, 150 firefighters battled a massive blaze that threatened historical treasures along San Francisco's famous Fisherman's Wharf – an effort that left a firefighter injured and damaged a fire engine.

The fire, reported at 4:15 a.m., quickly tore through a large warehouse at the end of Pier 45. One firefighter who responded to the scene suffered a severe laceration to his hand, said San Francisco Fire Department Lt. Jonathan Baxter. No other injuries were reported.

Responding by land and by boat, firefighters scrambled to save the nearby Musee Mecanique – an interactive museum of 20th-century arcade games and mechanical machines – the World War II-era SS Jeremiah O'Brien, and other beloved tourist destinations.

"We made it a priority to make sure we protected those buildings," Baxter said. "And we did that successfully."

Firefighters managed to keep the fire from spreading beyond the warehouse – a facility with offices for tourist ferry operations including the Blue & Gold Fleet and the Red and White Fleet. Fisheries, crabbers and the SS Jeremiah O'Brien have offices there too, Baxter said.

The warehouse was engulfed, sending up shooting flames and clouds of thick smoke visible for miles.

The pier beneath the warehouse was damaged as well, and the fire department is working with the port to assess the structural integrity of the pier.

A fire engine – Truck Company 13 – sustained heat damage. It was one of the first vehicles to respond to the blaze, and upon arrival, its crew set up a wall of water to protect the seafood warehouses to the west of the fire. A fireboat helped as well, and the other warehouses were spared.

"Their efforts and their tactics were key right at the beginning of this, making sure that this did not spread to multiple warehouses," Baxter said.

There is no word yet on what started the fire.

"That will take days if not weeks," Baxter said.

First-responders closed the Embarcadero to traffic from Powell to Taylor streets and evacuated the pier. Coast Guard and police marine units responded to the waterfront to control boat traffic in the area.