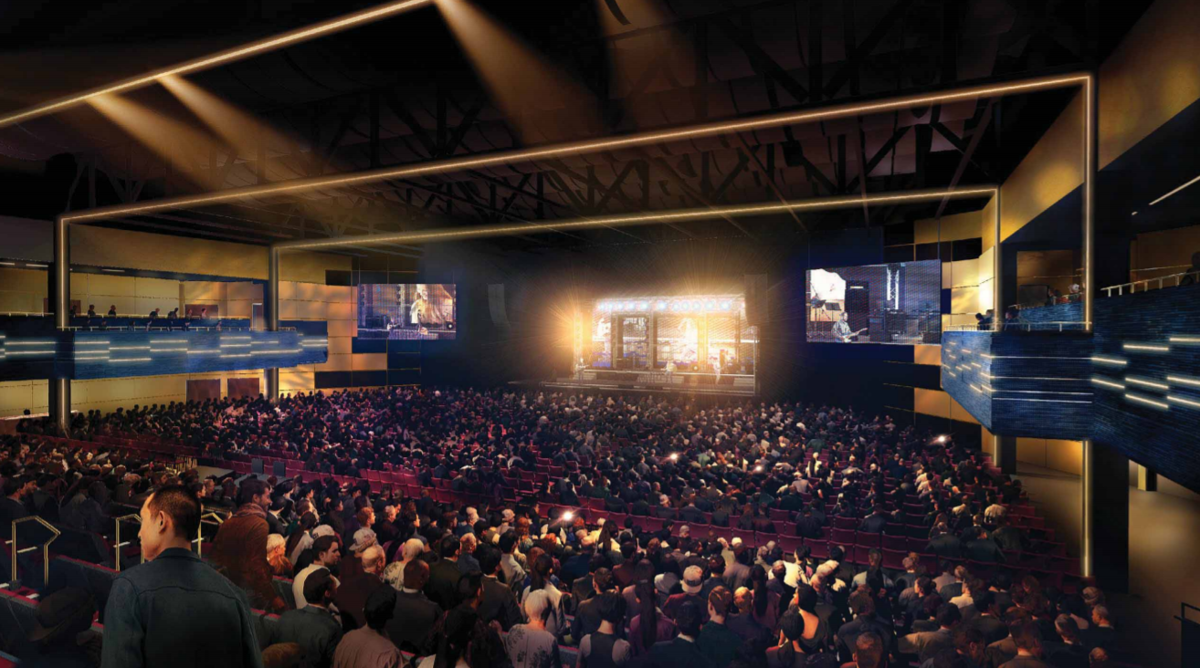 A rendering of what the inside of Hard Rock Live will look like once completed. 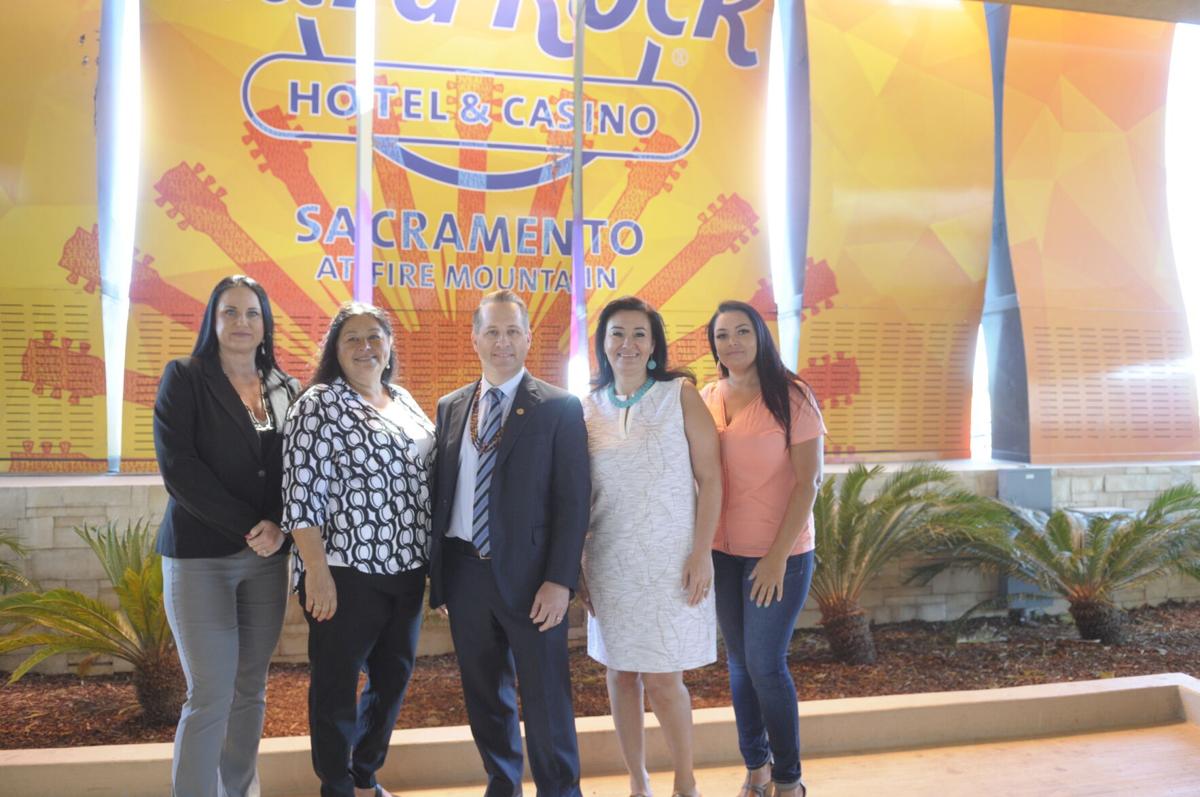 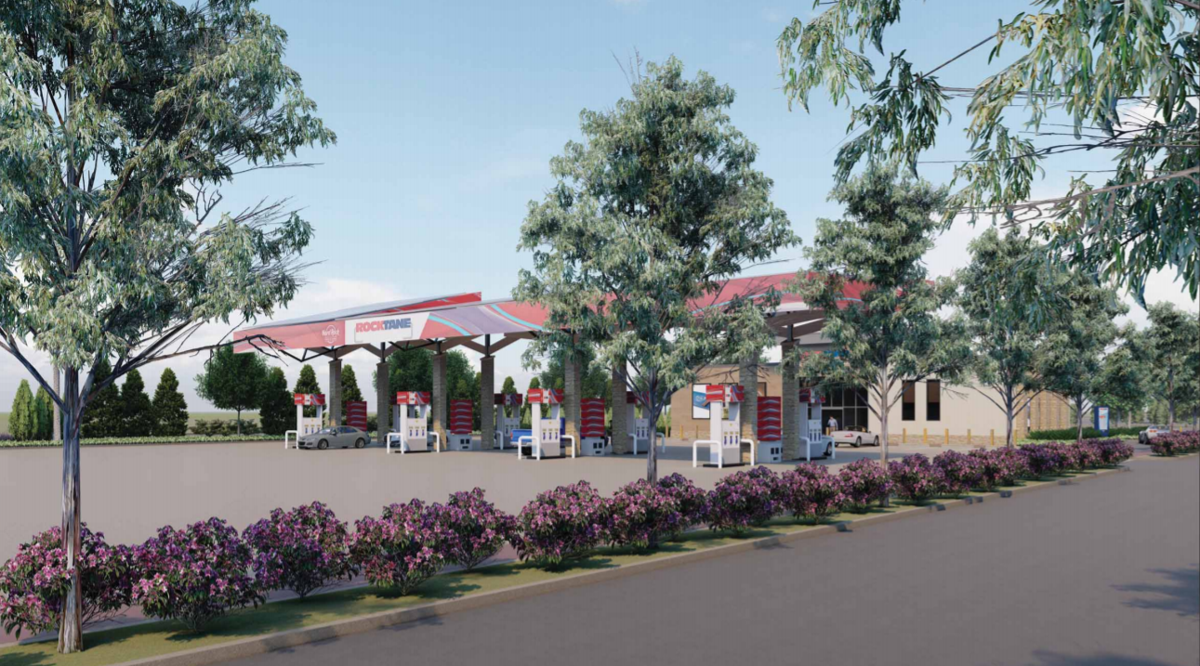 A rendering of Rocktane Gas & Smoke.

A rendering of what the inside of Hard Rock Live will look like once completed.

A rendering of Rocktane Gas & Smoke.

Even around 8 a.m. on Thursday, the casino floor at Hard Rock Hotel and Casino Sacramento at Fire Mountain bustled with activity. The casino has been a popular spot since opening in the fall of 2019 and is in the process of expanding its facilities over the next year.

The casino formally announced its plans for expansion this week in the form of a 2,500-seat indoor concert venue, a gas station on site, and additional office and warehouse space. The gas station and concert venue represent a $65 million investment, according to a casino press release.

“This expansion allows us to really take this property to the next level,” Hard Rock President Mark Birtha said. “…This will really become a hub of entertainment in the region … It’s really a multi-use event center that we’re building.”

“We did refinance on bank loans so that we could pay off the bond financing, which enabled us to get a cheaper interest rate so that we could enlarge the facility,” said Enterprise Rancheria Tribal Council Chairperson Glenda Nelson. “Now we are able to put a lot of those funds back into the facility and continue to grow.”

The tribe certified the Final Tribal Environmental Impact Report (TEIR) for the expansion and published the notice of completion on the State Clearinghouse Website on June 3.

Hard Rock Live, the new indoor concert venue, will begin construction this month and is slated to be completed in May 2022. It will occupy 65,000 square feet and will be located on the north side of the current property adjacent to the existing Kumi Events Center.

While the outdoor Toyota Amphitheatre can host events three to four months out of the year, the indoor facility Hard Rock is constructing will be able to host several different types of events year round and provide a unique and intimate experience, said tribal council member Cindy Smith said.

Before the pandemic, the Kumi Events Center was booked “to no end,” according to Birtha, and adding Hard Rock Live will provide more flexibility in scheduling events. He said building an event center was not possible in phase one of the project but was a priority in phase two.

Construction of the new gas station, Rocktane Gas & Smoke, started in May and is projected to be completed in November. It will be located on the southwest side of the Hard Rock property along Forty Mile Road and will occupy 45,000 square feet. It will include a 4,100 sf retail convenience store, drive-thru smoke shop, and eight double pumps for a total of 16 handles for gas and diesel.

Birtha said the gas station will be the second ever Hard Rock branded gas station and the first on the west coast. He said the development of these projects took into consideration input from customers about what they wanted to see added to the facility.

“It’s all new build, extending the building out, so it really won’t interfere with the current operations at all,” Birtha said.

The only impact visitors may notice over the next year will be to parking, which Birtha said Hard Rock has plenty of. Nelson said in the tribe’s memorandum of understanding in 2001 it promised to provide Yuba County the type of facility Hard Rock will become over the next year.

“It’s part of us fulfilling our promise and we’ll continue to grow,” Nelson said.

“It is just an amazing endeavor where two tribes are working together with common goals to save the planet, take time to be kind and to do all of the goals that we as tribes set for humanity and to give back,” Nelson said.

Part of the way the tribe gives back is through the Enterprise Rancheria Fund. The fund reinvests in local communities and local charities in the Yuba-Sutter-Butte area, according to Smith.

Nelson said having a gas station and new indoor venue added to the facility will allow Hard Rock to be a location residents can look to in an emergency to get gas or be sheltered. The tribe is part of a system of local government agencies that assist in an emergency.

The new facilities are expected to create approximately 250 new jobs as well as bring in around 250 construction jobs. A gas station manager position is expected to be posted later this month and other jobs at Rocktane will be posted in July and August, Birtha said.

“Right now, close to 70 percent of our team members live right here in the Yuba-Sutter region,” Birtha said. “So, we expect to hire a lot more people here and continue to reinvest in the local economy.”

Jobs at Hard Rock Live will include ushers, security, production people and will be based on when there are events. The plan is for some of those jobs to be posted around October.

“We continue to have openings and our website is always open,” Nelson said.