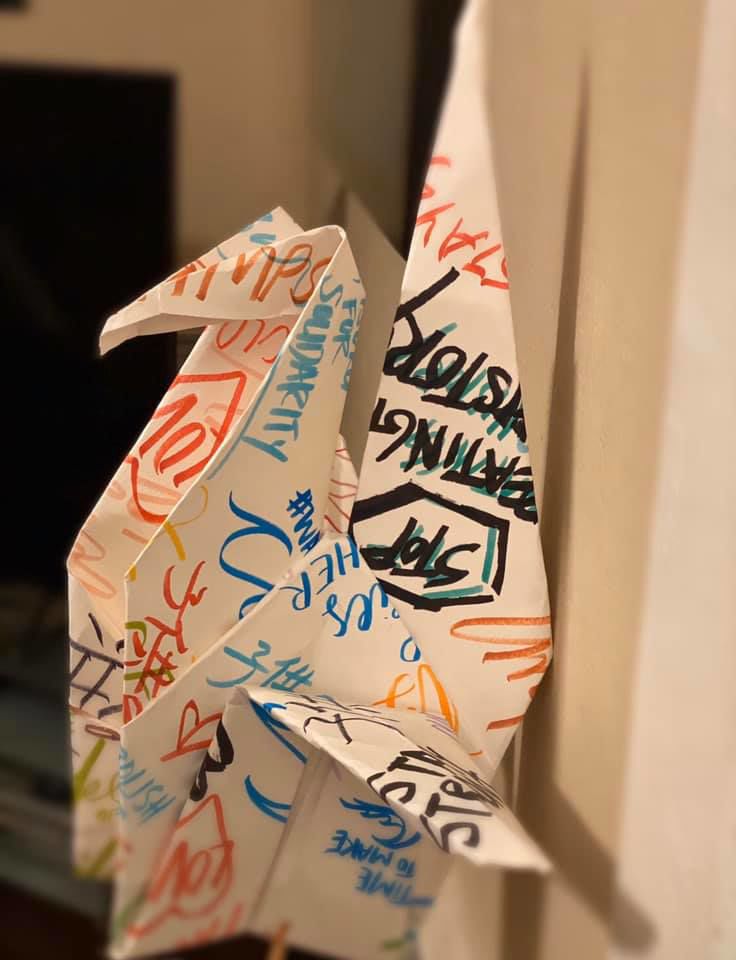 A paper crane made by a student for the Tsuru for Solidarity protest. According to Kathy Kojimoto. Tsuru is Japanese for crane, which stands for peace, solidarity and hope. 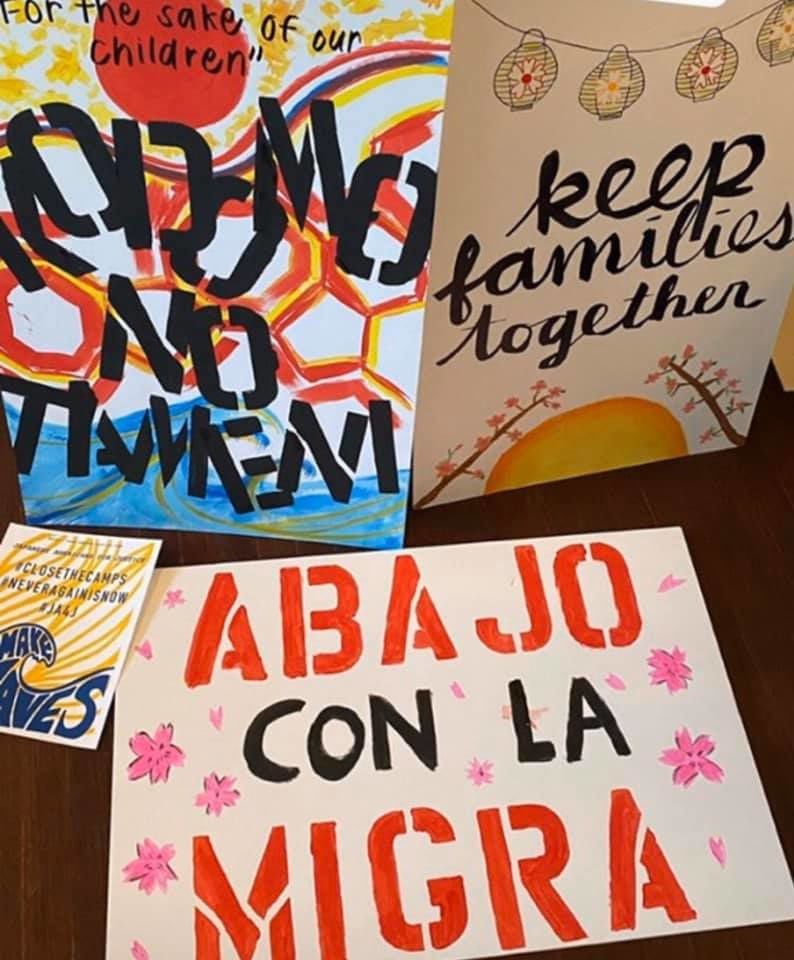 Students made posters for the protest at Yuba County Jail slated for Saturday.

A paper crane made by a student for the Tsuru for Solidarity protest. According to Kathy Kojimoto. Tsuru is Japanese for crane, which stands for peace, solidarity and hope.

Students made posters for the protest at Yuba County Jail slated for Saturday.

A group of people whose ancestors experienced detention facilities during WWII plan on demonstrating Saturday in Marysville. They’re calling for an end to use of the Yuba County Jail as an Immigration and Customs Enforcement detention center.

ICE has a contract with the Yuba County Sheriff’s Office to house detainees at the jail. Yuba County Sheriff Wendell Anderson said a new contract with ICE went into effect in November and pays the county $117.81 per day per inmate. In years past, the contract has meant revenue of some $5 million annually. County officials say that money is essential to keep the jail operating.

Tsuru for Solidarity is a nonprofit organization that began a project initially created for a March 2019 pilgrimage and protests of  ICE detention facilities in south Texas.

Tsuru for Solidarity became a way for the Japanese American and Japanese/Latin American community to voice their opinions about the detention centers within the United States, said Kathy Kojimoto, press liaison for the group.

Kojimoto said they are demanding the ICE contract with Yuba County to end. They also intend to protest the conditions ICE detainees endure and for a transgender detainee who was transferred to a remote location in Texas on Christmas night.

“The importance (is) to speak out against the social justices that keep happening, (and) to put an end to past, present and future camps. History is constantly repeating itself,” Kojimoto said.

According to Anderson there are some slight similarities between detainees and inmates when it comes to how the detainees are treated.

There are some differences in conditions for ICE detainees and the general population of the Yuba County Jail, according to the sheriff.

“They (detainees) are primarily housed together, but some are commingled with the general jail population,” said Yuba County Sheriff’s Office public information officer Leslie Carbah.

Carbah said some factors are based on a person’s criminal history or gang affiliation, which affects the safety of other inmates and detainees.