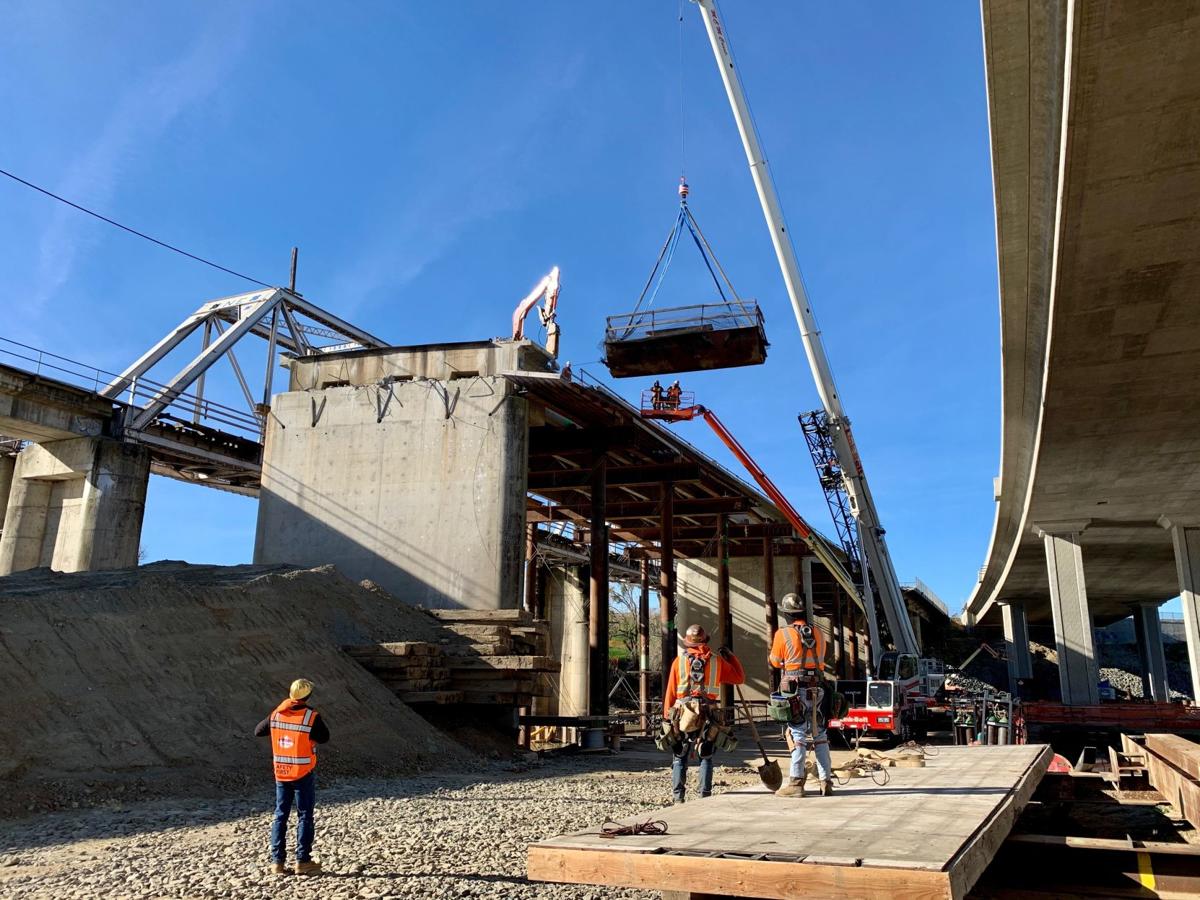 Crews will begin a controlled demolition of the superstructure of the old Fifth Street Bridge with the help of saws and cranes. 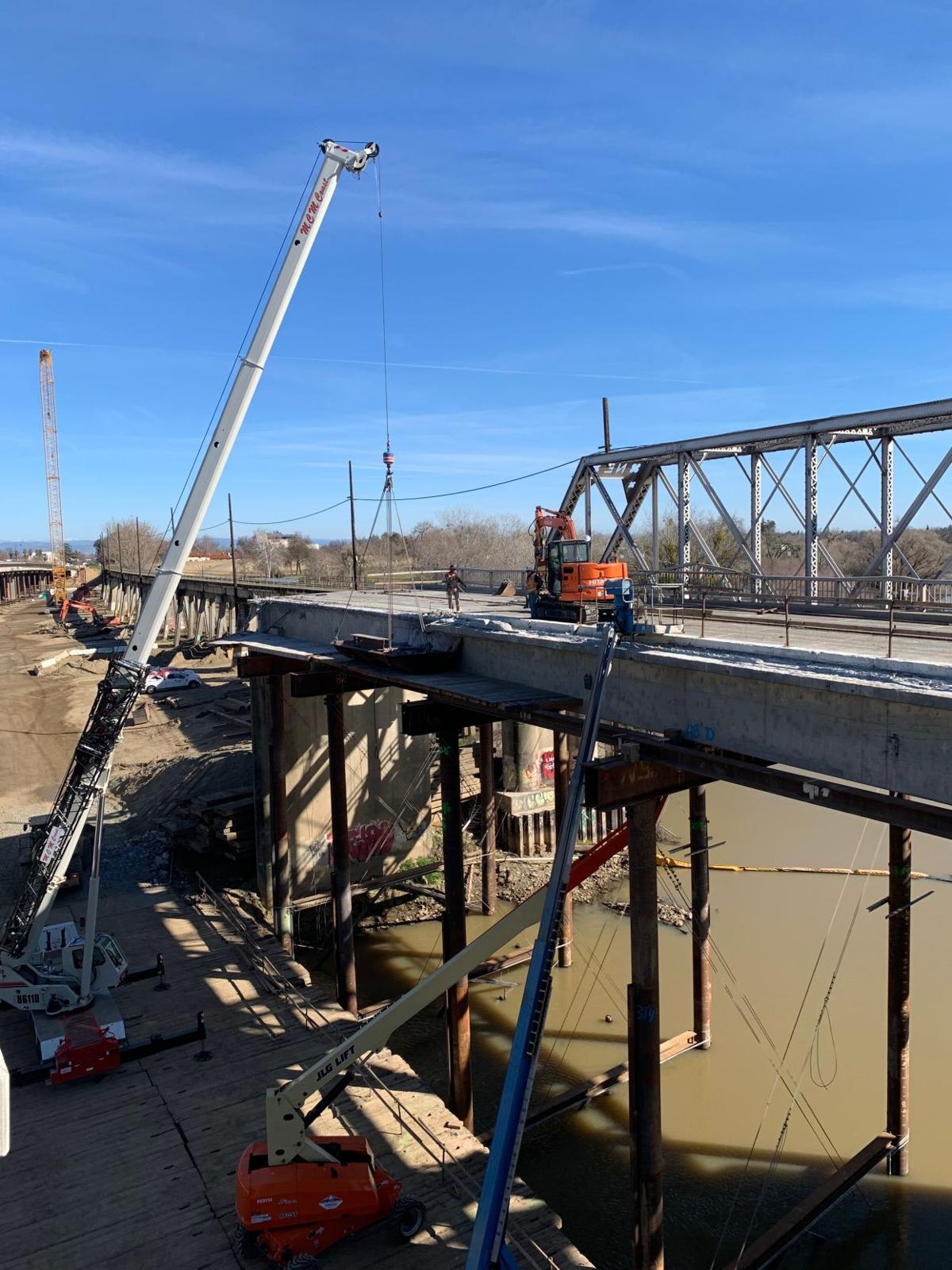 Crews work this week on removing the overhang of the old Fifth Street Bridge.

Crews will begin a controlled demolition of the superstructure of the old Fifth Street Bridge with the help of saws and cranes.

Crews work this week on removing the overhang of the old Fifth Street Bridge.

While work on the replacement Fifth Street Bridge is well underway, the last piece of the old Fifth Street Bridge still stands close by. But not for long. The majority of the old bridge has already been demolished but the final section that stands over the Feather River is set to begin being demolished the week of Feb. 24, according to project manager Mehrdad Varzandeh.

Because of its location, a controlled demolition is required to make sure the water is not affected. Crews will use wire saws and flat saws to cut pieces off the superstructure of the old bridge and cranes will air lift pieces of the deck safely away from the water. Temporary supports have been erected in preparation for the demolition.

Varzandeh said the cutting and lifting of pieces off the old bridge is scheduled to be complete sometime in the third week of March. By the end of March the superstructure should be completely taken down leaving three piers and the foundation of the old bridge. Due to environmental restrictions, crews cannot do work that would affect the levee until April 15 and cannot go into the water until June 1. Two of the piers are in the water or touching levee. Varzandeh said at the beginning of April, parts of the columns not touching the water or the levee will start to be lowered.

The lack of rain in recent weeks will mean it will be easier for crews to work on demolition without touching water.

“It’s actually been helping,” Varzandeh said. “The river level has been low.”

The improved weather has also meant roadway work on 5th and J Street in Marysville has been restarted after being halted due to adverse conditions. The work includes fixing sidewalks and parts of the road in that area.

“We’re doing as much as we can on the roadway,” Varzandeh said.

Despite all the demolition and ongoing construction, Varzandeh said there is nothing new commuters should be aware of as they continue traveling over the new bridge as it’s being constructed. Workers will be working behind railings that have been in place for the entire project.

“There should not be any different traffic patterns,” Varzandeh said.

Project by the numbers:

(Information from the Project Manager’s report for December 2019.)