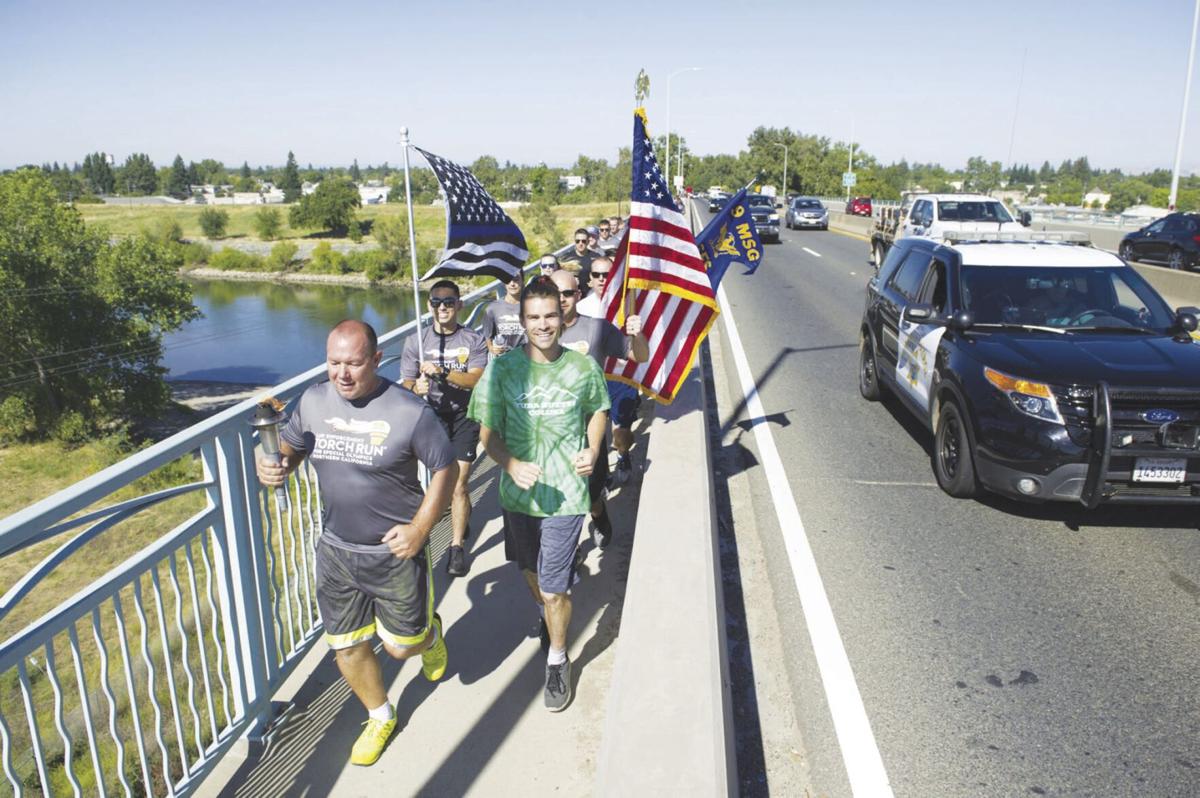 Amy Lampe, of Marysville, is competing in swimming, biking and cornhole in the Special Olympics Northern California Summer Games.

Amy Lampe, of Marysville, is competing in swimming, biking and cornhole in the Special Olympics Northern California Summer Games.

East Marysville resident Amy Lampe will be one of two participants from the Yuba-Sutter area at this month’s Special Olympics Northern California Summer Games. She’s competing in swimming, biking and cornhole.

“Athletes can take part in live events on Zoom and compete in off-camera sports,” Krochmal said. “Athletes may compete on Zoom in fitness events and be cheered on by volunteers and supporters.”

He said off-camera opportunities include cycling, swimming, track and field, and cornhole. Athletes compete in these events on their own and submit scores online. Every athlete will receive a custom medal.

Lampe has taken some years off, but has participated in swimming at the Special Olympics in the past.

“I just love swimming and [wanted] to try it out again,” Lampe said.

She continues to train in the lead up to the games.

All events will be held live on Zoom and both ceremonies can be accessed on Facebook and YouTube at 5 p.m. on June 27 and 6 p.m. on July 1. The games will conclude with an athlete dance on Zoom on July 2.

“Nearly 400 athletes from across Northern California are participating in Summer Games @ Home this year,” Krochmal said.

He said the other Yuba-Sutter athlete participating in the games is Karak L., who will be competing in fitness, cornhole and track and field.

The department participated in the torch run in 2019 and was approached by organizers to be involved this year. The event was canceled in 2020, according to YCPD Community Policing Coordinator Katy Goodson.

“Just because you have a disability, doesn’t mean that you can’t still follow your Olympic dreams,” Goodson said. “...I love events like these. They give our department an opportunity to get involved with our community and show a different side of our officers and personnel.”

The torch run is scheduled to begin around 9 a.m. in front of the Yuba-Sutter CHP office located on Poole Boulevard. From there, it will be carried to Civic Center Boulevard, then eastbound on Colusa Avenue. Participants will be running on the south sidewalk of Colusa Avenue toward the 10th Street Bridge. In front of the Wheeler Auto Center it will be handed off to Yuba County personnel. Runners will continue over the bridge into Marysville until they reach Seventh Street and will head east to the final destination at the Yuba County Sheriff’s Department.

Members of the public are welcome to cheer on the side of the road but only law enforcement personnel will be taking part. The run is not expected to interrupt traffic or cause substantial delays.

The torch’s final destination is UC Davis Stadium for the opening ceremony.

While virtual, SONC provided more than 700 hours of virtual and walking club programming, according to Senior PR and Communications Manager Tyler Krochmal.

Programs in the Yuba-Sutter-Colusa area start up on July 20 with softball and golf, according to SONC Area Director T.J. Fetters. At first, in-person softball and golf will be more skills-based rather than team competition in order to ease athletes back into activity.

On August 28, Blackburn Talley Park in Yuba City will host a softball tournament with some area teams expected to participate.

In September, the soccer program returns with a regional tournament planned to be held in either Sacramento or at UC Davis.

Starting January 2022, the Yuba-Sutter-Colusa area is planning to resume its full season of SONC programs that include basketball, swimming, bocce ball, track and field, softball, golf, and soccer. Programs run through November, according to Fetters.

For more information and how to participate, call Fetters at 673-2961 or visit www.sonc.org.