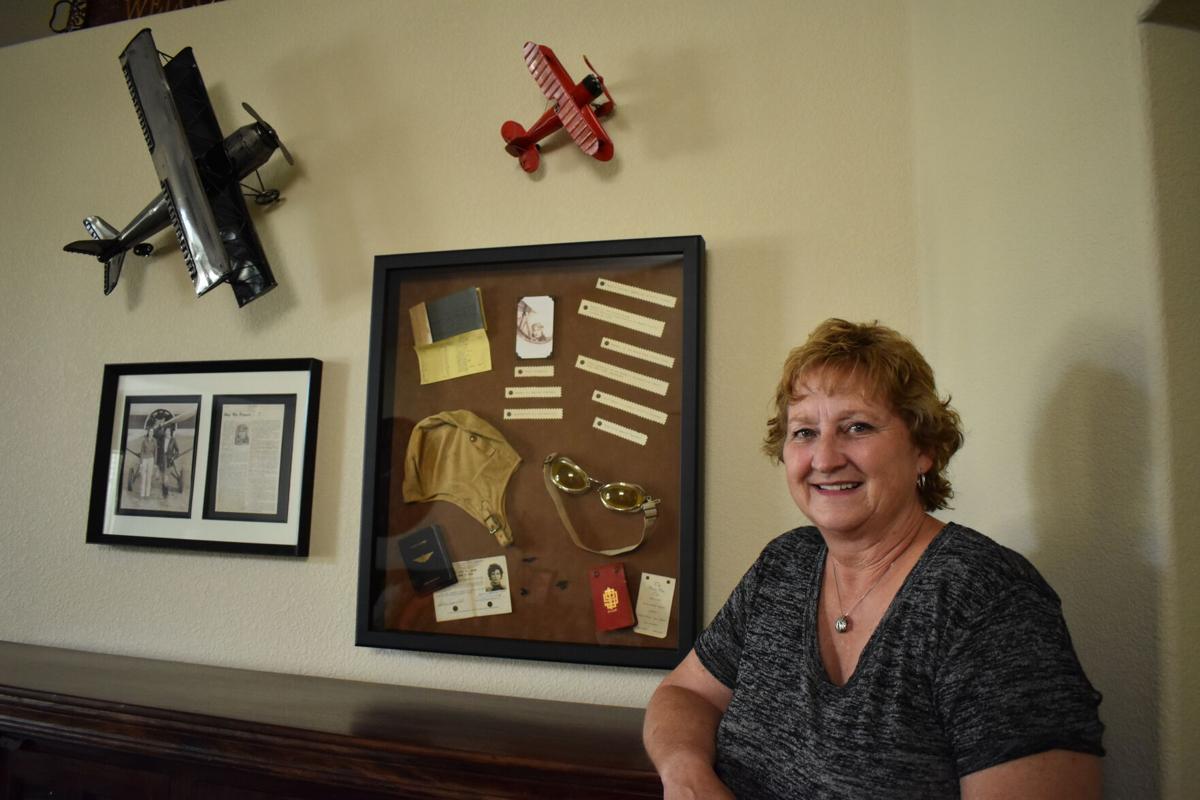 Lisa Bartlett stands next to a display in her home that features items that belonged to her grandmother, Geraldine Honomichl, who was a pilot. 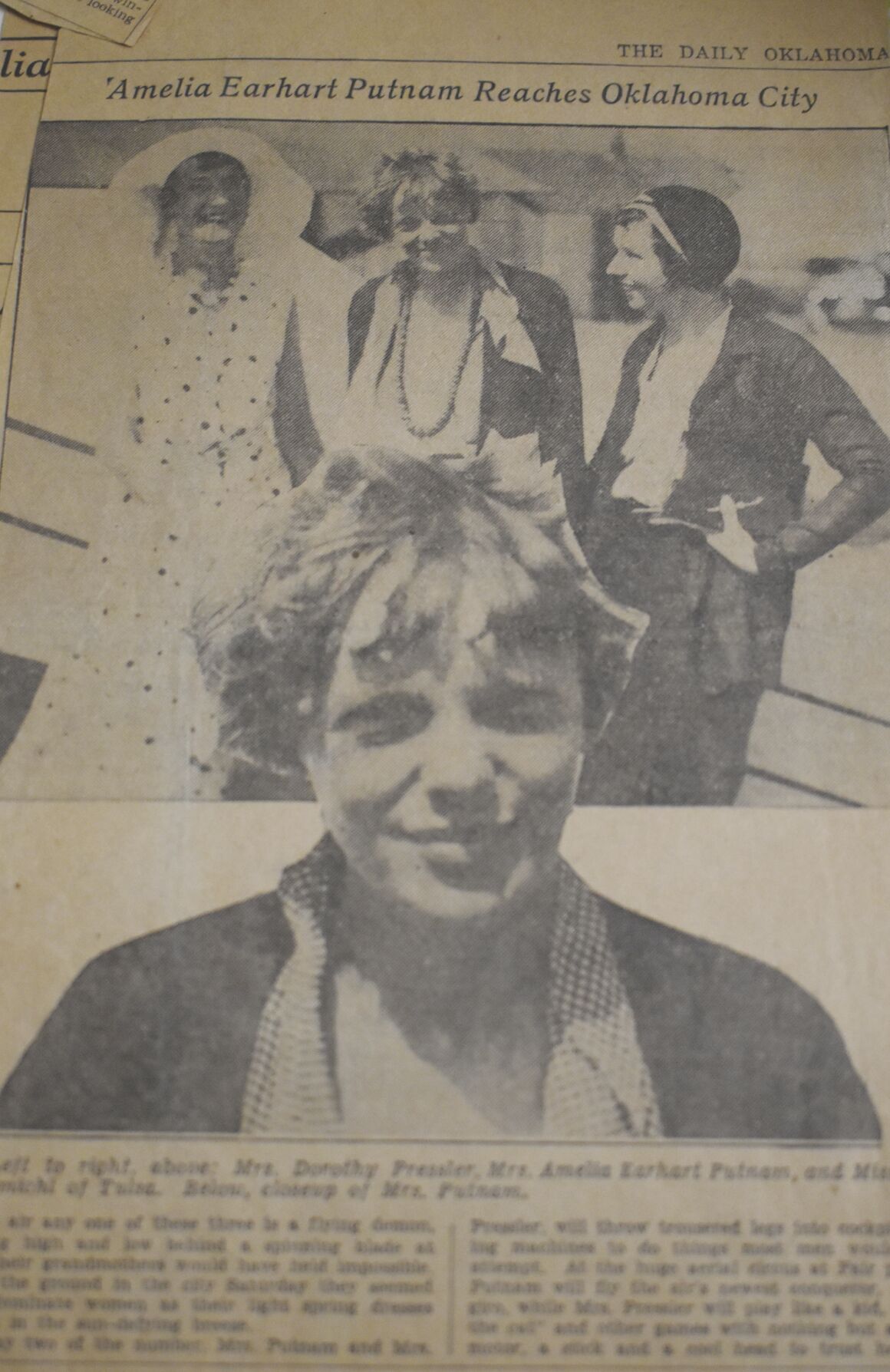 Lisa Bartlett stands next to a display in her home that features items that belonged to her grandmother, Geraldine Honomichl, who was a pilot.

On the wall of Lisa Bartlett’s Yuba City home is a display consisting of goggles, an aviator’s hat and other memorabilia of her grandmother, who flew with Amelia Earhart back in the 1930s and was one of the first women to have a pilot’s license.

Bartlett is a registered nurse who was born and raised in Marysville.

When she was a child, her grandmother, Geraldine Honomichl, and grandfather owned a cigar shop in the Bay Area before moving to Marysville, just down the street from Bartlett. And after her grandfather’s death, the family, including Honomichl, moved into another home together. Bartlett was a teenager at the time.

“I called her Gerry, she didn’t want to be called ‘grandma,’” Bartlett said. “When she lived with us, we played gin rummy, did crossword puzzles.”

But after her grandmother died, Bartlett learned about a whole other life she’d led.

“I had actually found her hat and the goggles,” Bartlett said. “The goggles were in a silver case and it was wrapped in ... a kitchen towel and I was kind of cleaning her stuff out and I opened it and thought ‘I don’t need this’ and threw it in the pile to get rid of it and, luckily, something said ‘no, you need to keep that’ and later I found this whole box of pictures of her in her airplanes.”

Honomichl was born in 1897 and lived in Oklahoma prior to living in California. She was the 103rd woman in the United States to get her pilot’s license, Bartlett said. She was also a member of The Ninety-Nines – which is the international organization of women pilots – along with a number of other organizations.

Bartlett has many newspaper clippings and photographs from Honomichl’s pilot days, including an article that has a photo of her side-by-side with Earhart – who was the first female aviator to fly solo across the Atlantic Ocean and disappeared in the late 1930s flying over the Pacific Ocean.

Bartlett said her grandmother also had a background in finance and banking.

“One article said she would get up bright and early and go flying before she started doing her finance banking,” Bartlett said.

While Bartlett was unaware of Honomichl’s history before her passing and wishes she could go back and ask her about her life, Bartlett continues to do research and learn more about her grandmother.

“I would give anything to go back and pick her brain and listen to the stories she had to tell,” Bartlett said. “… She just kind of shows that women can do anything they want to do and that gender doesn’t really mean anything; that if you put your mind to it and effort, you can achieve anything.”