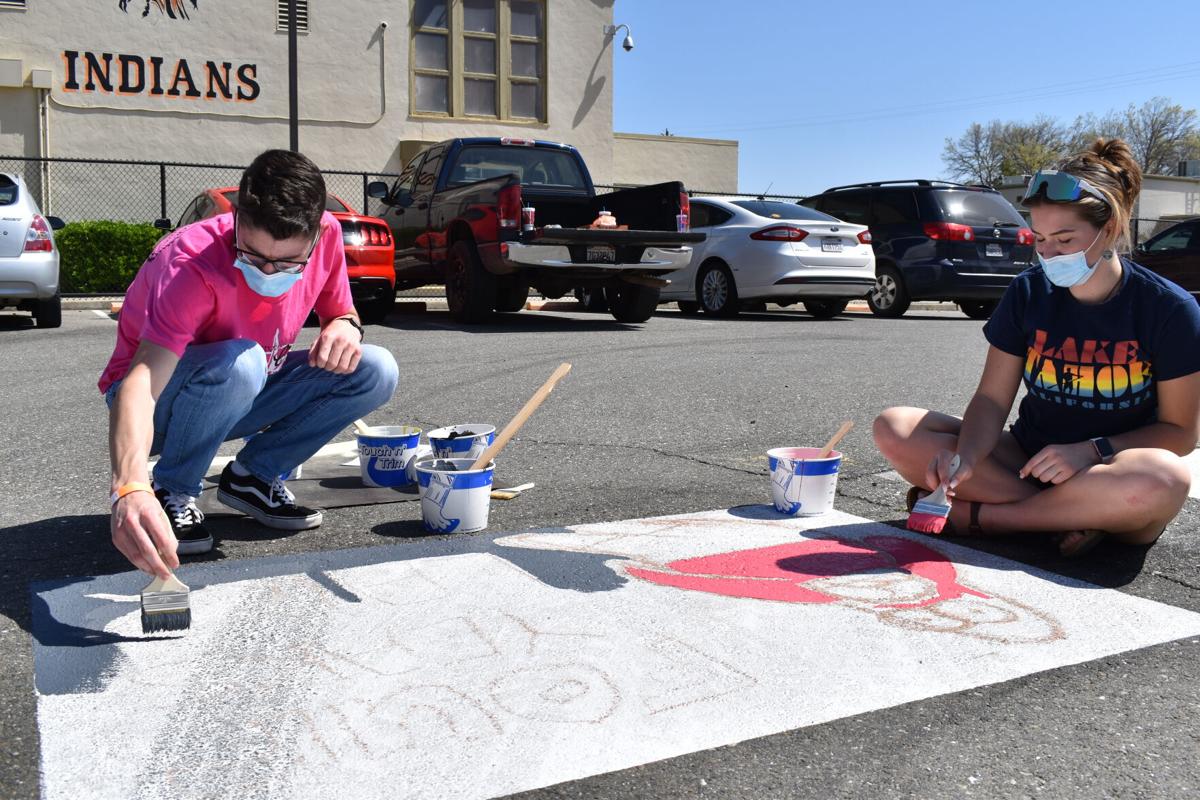 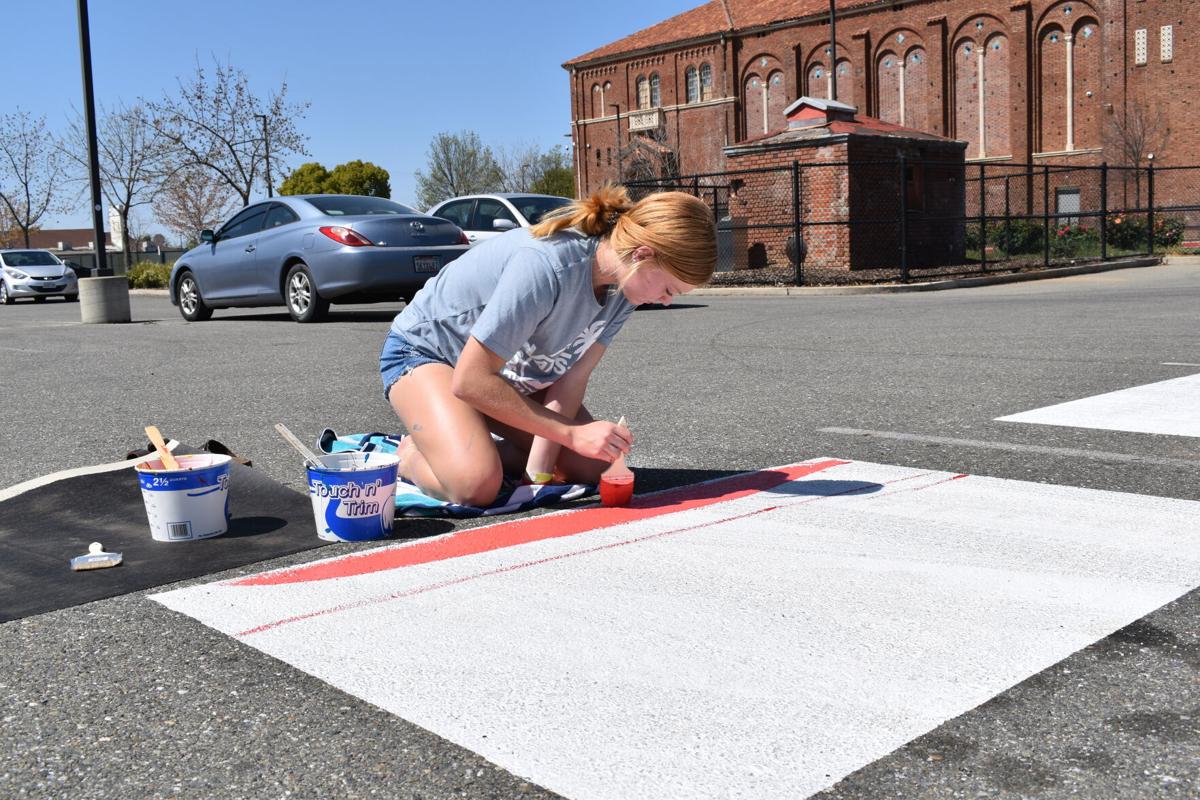 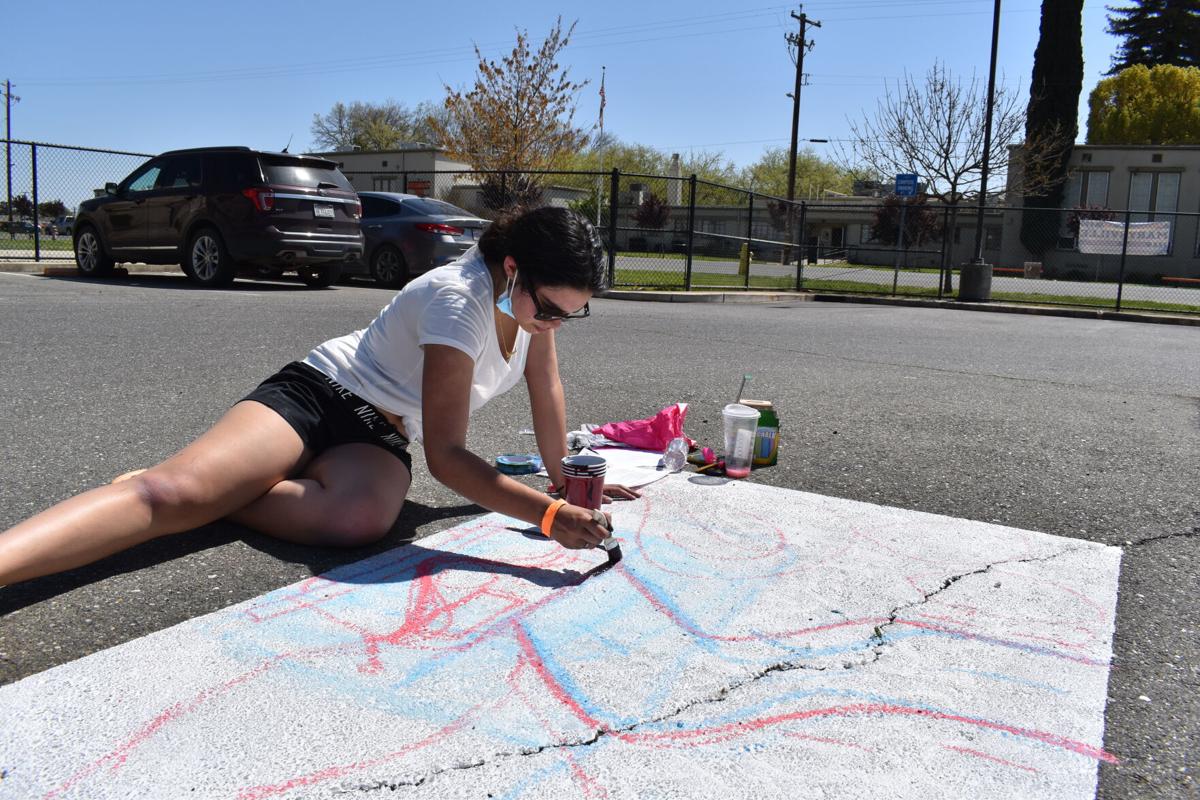 Corrine Mathews was one of the many seniors at Marysville High School who was painting their own parking space on Thursday.

“I’m planning on doing a super simple sunset and it’s going to say ‘See ya,’” Mathews said. “...It resembles summer, and me just looking forward to summer and just being done … It wasn’t something I expected and I’m really looking forward to it because I love painting and it’s kind of nice to make something our own at the school.”

Xhymena De La Fuente was painting her parking space with several images that are important to her – such as a Volkswagen bus, which is her favorite car, on a road with palm trees, the ocean, the desert and more.

“It’s such a cool artistic outlet,” De La Fuente said. “It’s like we’re seniors and this is our last year and it’s like our home and it’s kind of like our space … it makes you feel more at home.”

Ryan Wallace, activities director at the school, said this is the first time they’ve had seniors paint their parking spaces in a long time because it’s technically also a community parking lot.

“The community really came together and the district OK’d it and they’re like ‘Hey, let’s have our seniors be able to do this’ because of the pandemic and they haven’t been able to have too much of a senior year in person so everyone came together and said ‘yes let’s make this happen,’” Wallace said.

He said the opportunity was free of charge for the students and the high school provided the paint supplies and set it up.

“We wanted to make sure it was as special as possible for them,” Wallace said. “This senior class didn’t have a prom last year … and they had over three-quarters of their senior year that wasn’t in person and it’s just a little way of saying ‘Hey, we recognize what you went through and we want to give you this opportunity to come together and have a little bit of fun.’”