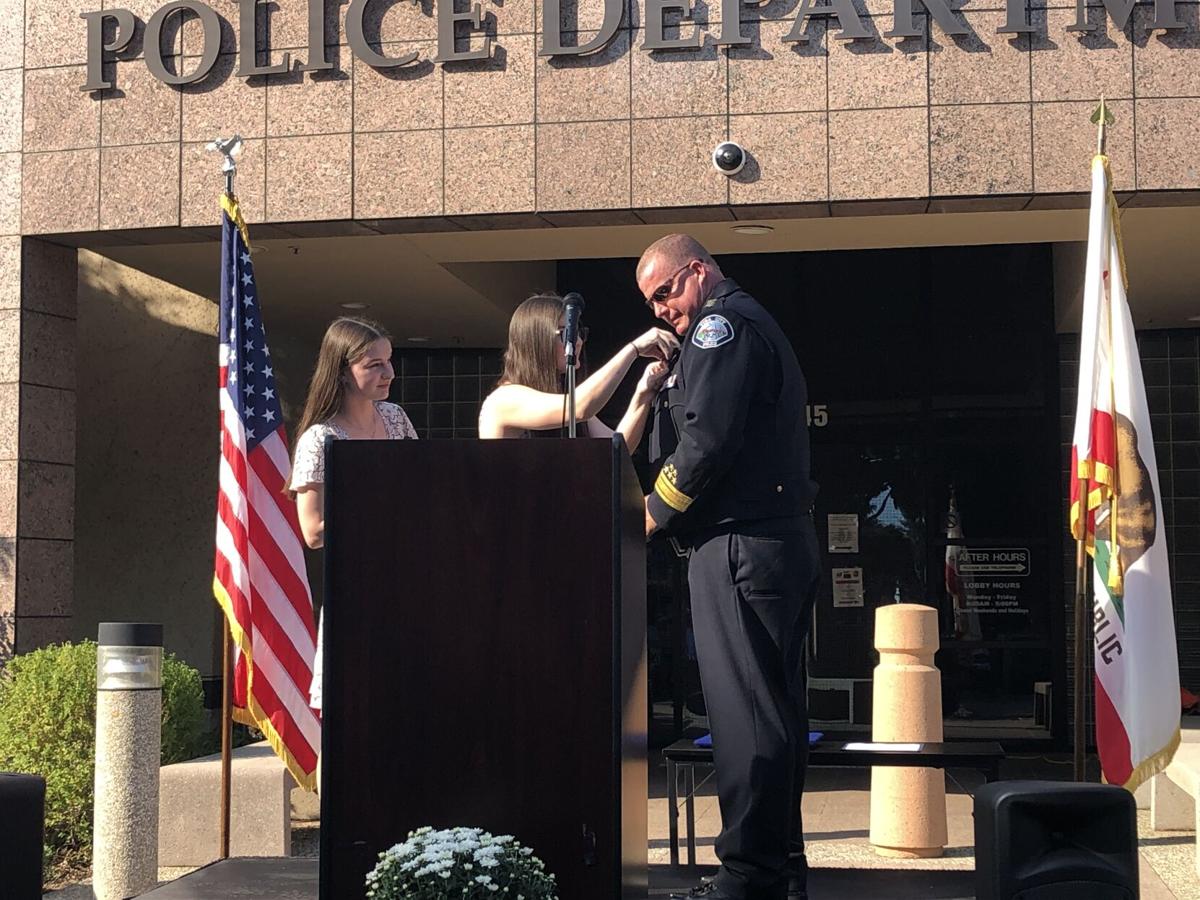 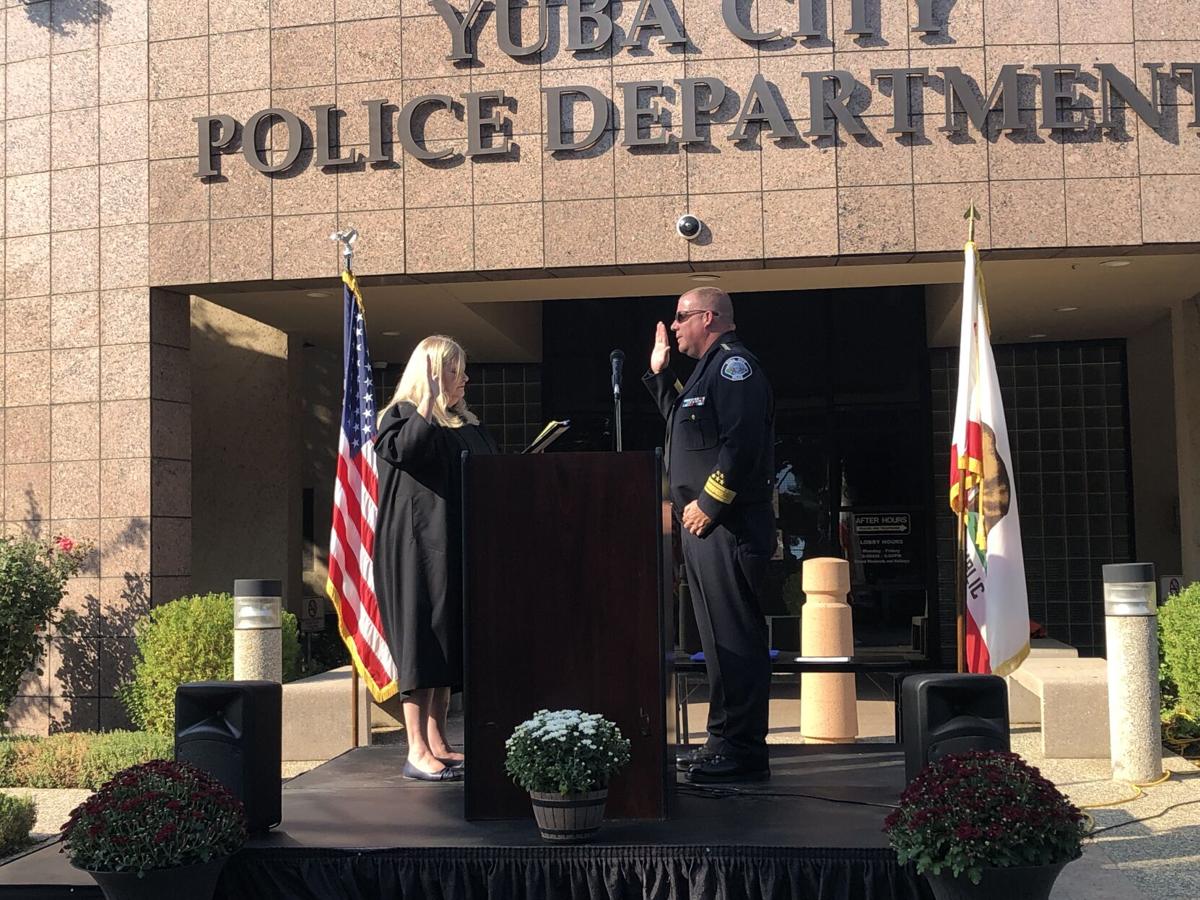 Community members, first responders and local law enforcement gathered outside the Yuba City Police Department on Tuesday for a change of command ceremony that saw YCPD Commander Brian Baker sworn in as the new chief.

Baker will officially begin as chief on Sept. 30. Retiring Chief Robert Landon’s last day is Sept. 29. Landon has been with the department since 1994 and became the department’s 13th chief in 2008. He announced he would be retiring later in the year in March.

Baker was selected after a nationwide search. He’s spent his entire 27-year law enforcement career with YCPD. He started as a cadet in May 1994 and became a full-time officer in 1999 after attending the Yuba College Police Academy and serving as a reserve officer. Baker became a sergeant in 2005, lieutenant in 2016, and commander in 2019. He earned a bachelor’s degree in business administration from the University of Phoenix, and a master’s degree in emergency services administration from California State University, Long Beach.

Baker said Tuesday that from starting out as a cadet to being selected as chief has been a humbling experience.

“This department is truly like a family to me,” Baker said.

Baker said being within the organization for so long will help him in his new role.

“You know the culture here,” Baker said. “You know everybody, you know the good, you know the bad but you still have that relationship and connection with all the members that are here … there’s no learning curve, I hit the ground running the first day Rob (Landon) leaves.”

He said maintaining and growing community partnerships is what he’s most looking forward to when he officially takes over as chief.

“There’s always room for improvement with any organization and so I want to get an idea of what we can do better and talk to our employees and talk to members of the community and see what they’d like us to do differently,” Baker said.