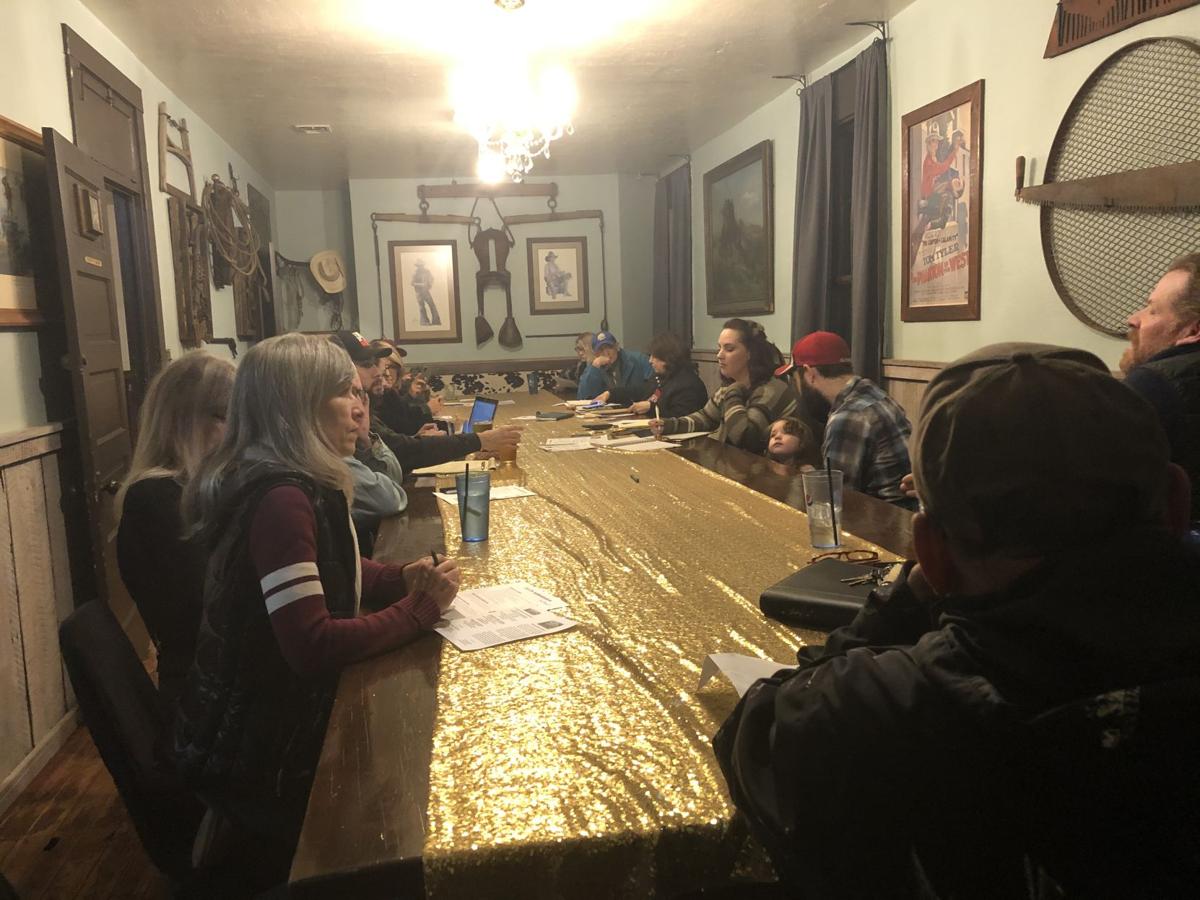 A group of Marysville residents discuss ideas for a submission to the HGTV series “Home Town Takeover” in a room on the second floor of the Silver Dollar Saloon Monday night. 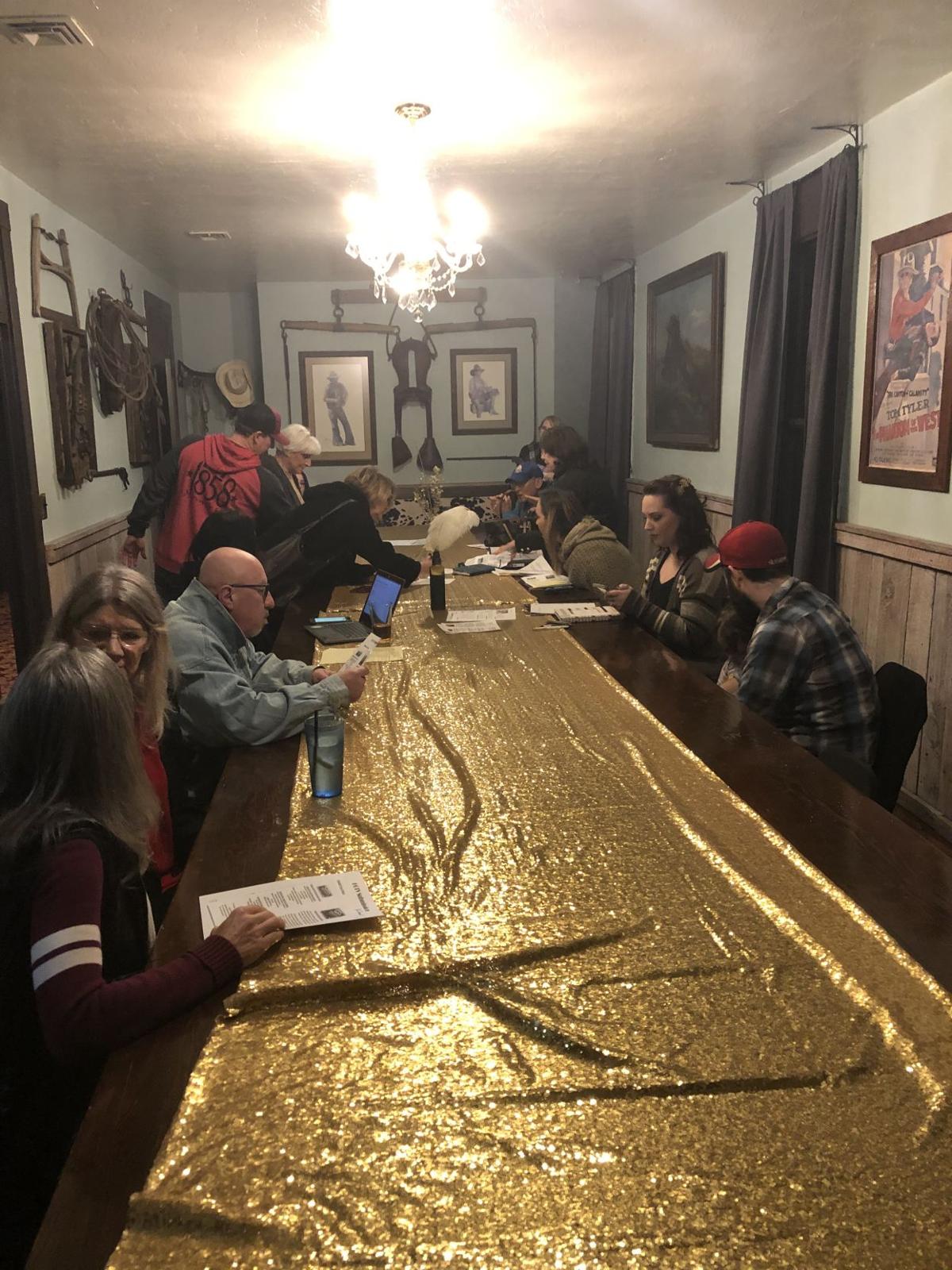 Residents gather in a room on the second floor of the Silver Dollar Saloon to discuss Marysville’s submission for the HGTV series “Home Town Takeover” Monday night.

A group of Marysville residents discuss ideas for a submission to the HGTV series “Home Town Takeover” in a room on the second floor of the Silver Dollar Saloon Monday night.

Residents gather in a room on the second floor of the Silver Dollar Saloon to discuss Marysville’s submission for the HGTV series “Home Town Takeover” Monday night.

It was a session for brainstorming ... with the quest for a grand prize as motivation.

A group of residents is working on a submission to HGTV’s upcoming series “Home Town Takeover” in hopes that Marysville will be selected as the city that gets a makeover through the show.

According to the show’s website, HGTV is looking for a town of fewer than 40,000 people, homes with great architecture “longing to be revealed” and a main street that needs a facelift. Submissions can include photos, as well as a one-minute video that shows places in town that need a makeover and a tour around town featuring members of the community.

Silver Dollar Saloon owner Joe Ferrie said Conejo Bros. Media, a production company based in Yuba-Sutter, would be putting together the video submission. He specifically mentioned Branden Conejo who has experience working for HGTV.

“Branden is spearheading everything,” Ferrie said.

Ferrie organized a meeting at the restaurant through Facebook on Monday night for people interested in putting together a submission. At around 5:30 p.m., around 20 people sat at tables inside the saloon.

“I like listening to other people’s ideas,” Marysville resident Laura Lake said.

Marysville resident Stuart Gilchrist sat across from Lake at a table inside the restaurant and said he was looking forward to discussing what a good pitch for the show would include and “came to see what the community is going to come up with.”

Seating and the noise of the restaurant moved the group upstairs to the second floor of the saloon, where they sat around a long rectangular table. Conejo laid out some of the things the network would be looking for from the video and the town.

He mentioned the need for diversity in the video as well as young people being involved. In addition, he said the show will be interested in knowing how close hardware stores are and where crews will be able to stay in town.

Discussion among the group went back and forth between what should be included in the video to what buildings in town that need renovation. Conejo said he was absorbing all the information he was hearing from people at the meeting to help him come up with an idea for a script that could be read by different Marysville residents with video of parts of town that need help.

There was agreement that D Street should be the main street featured as needing renovation and a couple of the buildings mentioned that were in need of repair included Tower Theater and the Packard Library.

“Marysville has so much potential,” said Marysville resident Vanessa Helder who was in attendance Monday night.

The deadline for submissions is Feb. 7, but Ferrie said the goal is to get the video done by Feb. 4 or 5. A Facebook group named HGTV Marysville Hometown Makeover has been created to help those putting together the video organize in between meetings.  The group will be meeting at 5:30 p.m. tonight at the Silver Dollar Saloon to finalize the script for the video.