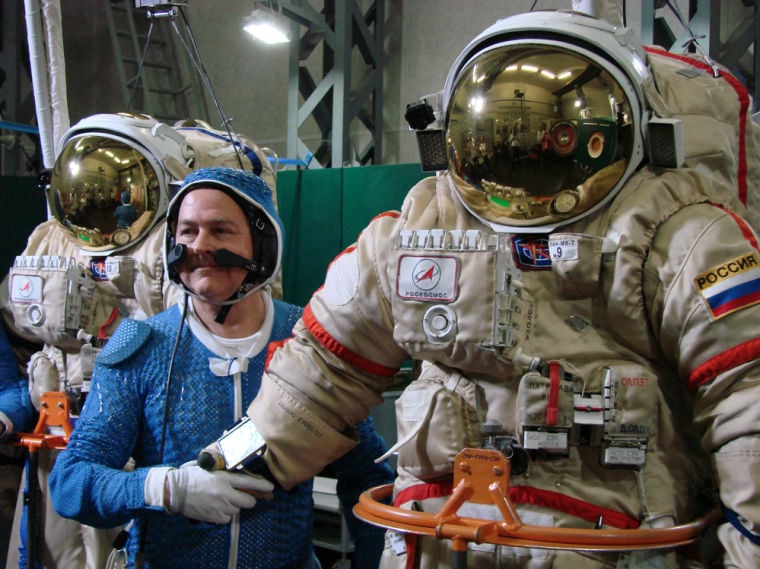 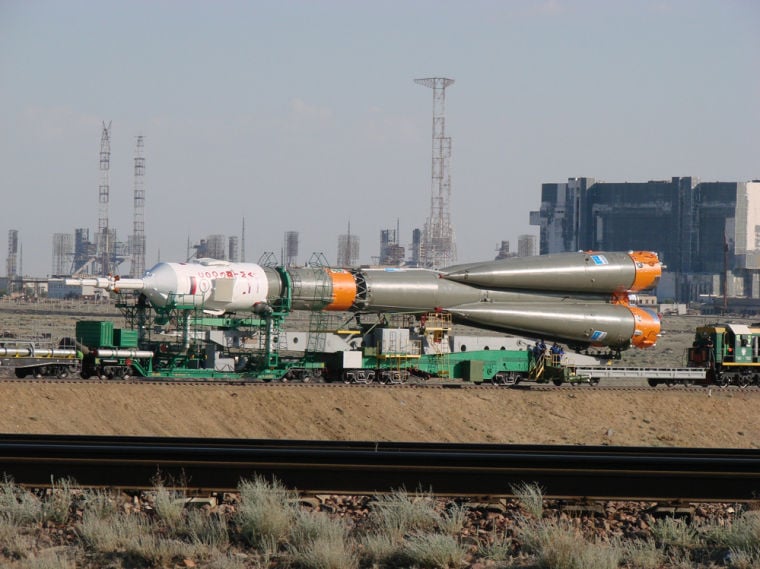 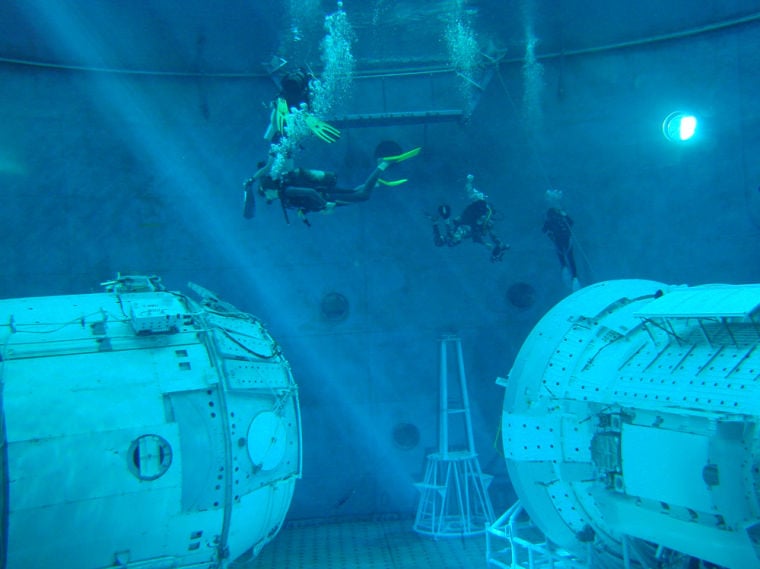 Yuba City resident Steve Greensteen recently spent a week learning first hand the rigors of space travel and the incredible energy it takes to launch a rocket past the Earth's atmosphere.

But here's the thing. Greensteen's trip didn't involve NASA. Greensteen went all the way to Russia, home of the cosmonaut, to tour facilities carefully hidden from prying American eyes during the Cold War and talk a walk, so to speak, in a 400-pound spacesuit.

The space race is one of the iconic meta-battles of the can-you-top-this frenzy between the Soviet Union and the United States during the Cold War. And while the American program claimed arguably the greatest prize — the moon landing — the Russian space program could be the more decorated.

Generally, astronaut and cosmonaut are interchangeable terms. But there is a difference.

Greensteen attended a press conference prior to a launch that would send three cosmonauts to the International Space Station.

The cosmonauts were behind a glass wall, having been in quarantine for two weeks to ensure they don't get sick while in space. Even with the barrier, their entrance was greeted with thunderous cheers, Greensteen said.

Perhaps the cosmonaut's rock-star status is borne from the bravery and physical endurance it takes to spend any amount of time in the harshest environment around.

Space is no place for humans. The lack of gravity weakens our muscles and decreases our bone mass. Astronauts must work out for two hours a day to make up for the fact that our bodies aren't really asked to do anything in space — the muscles and bone don't have to support weight.

During a trip to space of any length of time, cosmonauts suffer the following symptoms until they return to Earth: Anemia, headaches, farsightedness, a constant stuffed nose and backaches.

Within three days, they lose 22 percent of their blood. They become bloated, even in their faces. This makes it difficult to read facial expressions of fellow astronauts, which has resulted in some misunderstandings that had to be settled with fists while aboard the International Space Station, Greensteen said.

"The more you hear about it, the less you want to go to space," Greensteen said. "But I know so much more of what those guys go through now. They're very brave."

But the biggest problem is cosmic radiation. It's the single largest barrier to putting a human on Mars. Scientists have not solved the problem of how to shield the body from the radiation for the amount of time it would take to make the journey, Greensteen said.

The main mode of protection from the vacuum of space is the spacesuit. Without it, a person's body moisture and blood would boil away in seconds and their lungs would explode.

And Greensteen got to try one on. He said it was the highlight of the trip.

The next highlight of the trip was witnessing the 2 a.m. launch of a Soyuz rocket at Kazakhstan's Baikonur Cosmodrome. The launch pad was the same one used to launch Sputnik, the first satellite sent into space, and Yuri Gagarin, the first human sent to space.

From a mile away, Greensteen saw the first rocket engine bloom into a small orange orb, followed by the blinding ignition of four booster engines.

"It was like looking into the sun," Greensteen said. "About five seconds after lift-off, the sound waves hit you. I can remember my legs shaking from the force."

The rocket would take 580 seconds to reach orbit, Greensteen said. It would need to make four orbits around Earth before it could build up enough speed to catch the International Space Station, which whips around the planet at 17,000 mph.

Greensteen had booked the trip through the Smithsonian Journey program months in advance and was counting down the hours until he left. He said the trip did not disappoint.

"It's going to be a hard trip to top," Greensteen.

Putting on the suit is a process that involves three layers in the experience of Yuba City resident Steve Greensteen, who recently toured the Russian space program.

The first layer is a thin cotton body suit that contains medical equipment to monitor an astronaut's vitals. Greensteen was monitored for the full hour he was in the suit.

Next comes the cooling suit, a blue onesy laced with tubes that are filled with cold water.

Finally, there's the suit itself — a 400-pound monstrosity equipped with enough life support to keep someone alive in space for 11 hours.

"The instant the hatch closed up my ears popped and I felt the air conditioning flow over the back of my head," Greensteen said.

"I had to scratch my nose," Greensteen said. "I found a chin rest inside the helmet that I used. Later, I found out it was there specifically so astronauts could scratch their noses."